It’s lunchtime on a scorching hot day. The combination of the sunlight and summer breeze streaming through your kitchen window is almost tricking you into thinking you’re in a far-away land. You’re feeling adventurous – and hungry. Since your mind is already abroad, why shouldn’t your body follow? Let your taste buds take you away to Spain, Russia, and France with these refreshing cold soups.

Despite originating as a dish for day labourers who worked hard jobs in the hot Spanish sun, gazpacho soup quickly became popular among people of all professions and can now be found in some of the trendiest restaurants around. This thick summer soup is completely raw and perfect for vegetarians. It’s chock-full of whatever fresh vegetables are available, especially tomatoes, and stale bread is often added for texture. If you have some left over, try heating it up and adding it to your pasta!

Russians are known for their love of alcohol and okroshka soup is determined to keep up this tradition. It’s made with Kvass (a fermented slightly alcoholic drink), boiled eggs and potatoes, sausage, fresh veg and herbs, with a healthy dollop of sour cream on top. However, tea totalers needn’t despair – Kvass can easily be substituted with buttermilk or yogurt.

If you’re anything like me, you’re always on the lookout for a good potato-leek soup – why not take it up a level with vichyssoise? Often credited to a French chef living in New York City (although both French and American food connoisseurs have an ongoing debate about which country it truly originates from), this thick pureed soup is the perfect mixture of potatoes, leeks, cream, onions, chicken stock, and herbs. And the best part? It can be served hot or cold. From origins to preparation, vichyssoise is one of the most versatile soups out there.

As good as these soups are from the comfort of your own home, they’re even better enjoyed in a sunny Spanish vineyard or a laid-back Parisian cafe. While you’re travelling around Europe this summer, try a bowl (or three) of these chilled delicacies. 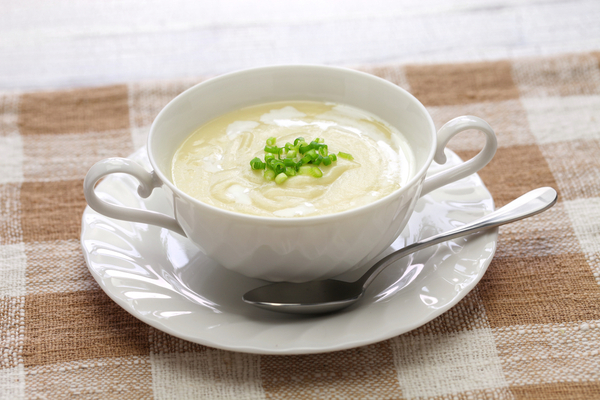