Switzerland’s largest freestyle skiing contest. Over the course of this eleven-week period, it takes place in the form of seventeen steps, each of which is an individual competition at a different location. Therefore, the exact location to which you’ll be travelling will depend on which step(s) you intend to compete in or spectate. 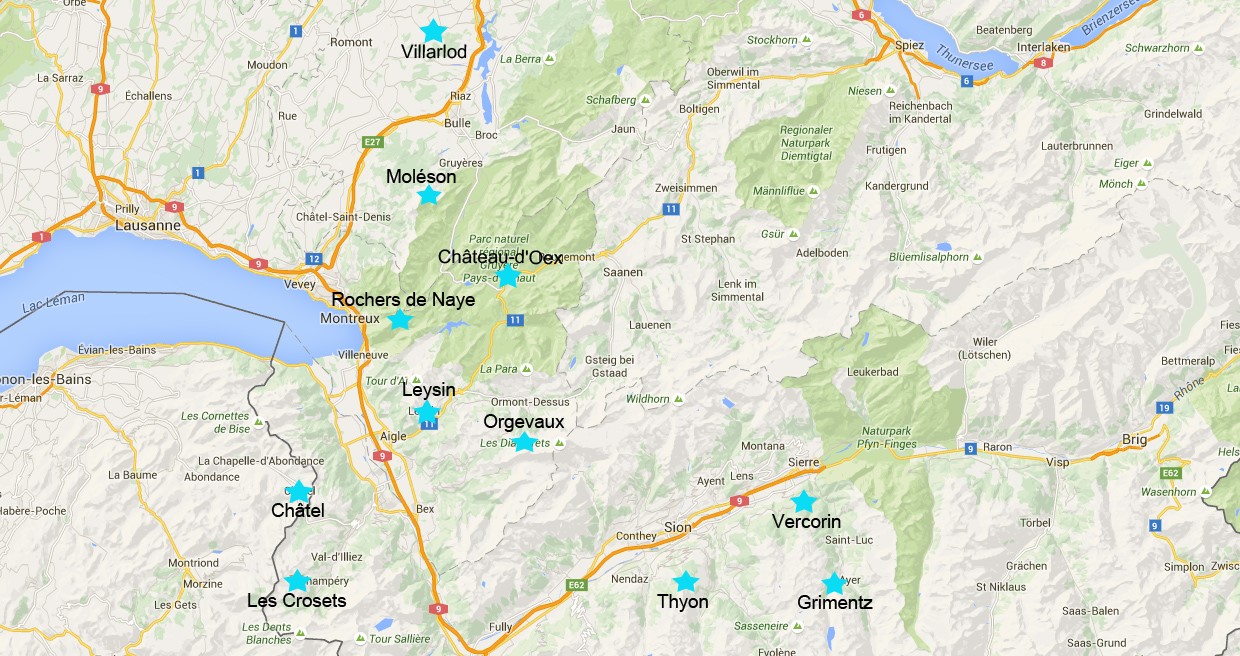 What Is Freestyle Skiing?

For those who may not have come across it before, freestyle skiing is a form of skiing that incorporates terrain features and scoring methods not seen in other forms of Alpine skiing (e.g. the slalom, ski jumping). Freestyle skiing currently consists of the half-pipe, slopestyle, aerial skiing, mogul skiing and ski cross.

Aerial skiing is not dissimilar to ski jumping, where skiers build momentum on a steep downhill gradient before being thrown into the air when they reach a jump, although while ski jumping is judged on factors such as distance, landing, and keeping good form during a jump, many of the points from aerial skiing come from tricking in the air. These tricks typically take the form of spins and flips, usually at the same time.

The half-pipe is a long, semi-cylindrical trough. The half-pipe is angled downwards so that skiers or snowboarders can travel down it while using the edges of the half-pipe to catch air and perform tricks, such as the aforementioned spins and flips, along with grabs.

Slopestyle grew out of the skateboarding scene. Slopestyle skiers or snowboarders ski down a slope that has been equipped with jumps, rails and boxes. The skier then scores points by performing tricks utilising this terrain: they might perform aerial tricks as above, but may also use the rails and boxes to perform grinds.

Mogul skiing and ski cross both have a central mechanic of speed. In ski cross, several skiers race down a course at once, navigating jumps and banks. In Mogul skiing, a skier must execute a timed run on a slope with a large number of moguls. Moguls are the mounds formed where a large number of skiers turn in the same way at the same spot, driving the snow into piles, but in the case of mogul skiing they are usually formed deliberately ahead of time.

Tour Freestyle Romand takes place over seventeen steps, starting on the 17th January at Moleson and continuing through Switzerland until it finishes with a prize-giving ceremony at Leysin on the 25th March. Slopestyle is the most represented event within this competition, and many of the competitions are open to children, or have a juniors’ event, so if you have any aspiring young sportspeople in the family then be sure to see whether they’ll be able to enter in any of the events.

Tour Freestyle Romand has been running every year since 2010, and has attracted quite a following. Its long running time means that you should be able to make it to at least one of the events, whether you’re planning to spectate or compete. Remember that if you are hoping to compete, it’s best to register in advance online, although it’s usually possible to register a few days in advance at the location of that contest.

Whether you’re joining as a competitor or a spectator, you won’t forget having been a part of this piece of freestyle skiing history.

How to Get to Tour Freestyle Romand

As mentioned above, Tour Freestyle Romand is spread across several locations over a number of weeks, so the transport you’ll have to take depends entirely on the step(s) you’ll be attending. They’re all in Switzerland, however, and most of the country’s resorts are accessed using Geneva, Zurich, Munich and Turin airports.

Flight time is usually between one and three hours, and before you fly we’d recommend organising airport transfers to Tour Freestyle Romand. Failing that, you may wish to hire a car: public transport to many Alpine resorts is spotty at best, and nobody wants to catch multiple connections with a full cohort of ski equipment in tow.