Perge is one of the highlights of a trip to the beautiful Antalya region of Turkey, which is well known for other archaeological sites, such as Termessos. Historically it was recognised as a hugely important city in ancient Pamphylia and today it is definitely worth a visit. Staying in Perge is an option, of course, but I would recommend choosing Kumkoy as your base, which is a short 22-minute drive away. It is more affordable and has a relaxed, laid back atmosphere. 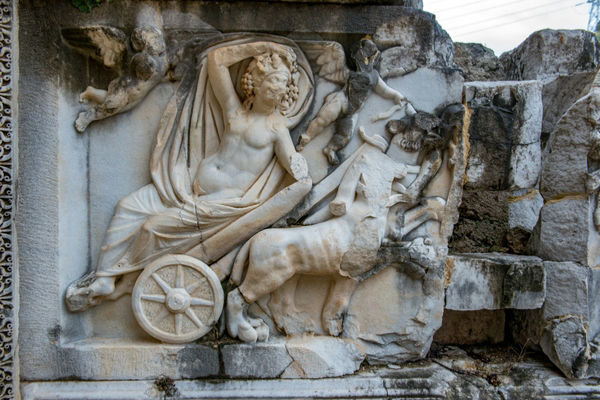 Best known for being the birthplace of Apollonius, the famous mathematician and astronomer who defined the parabola, hyperbola and ellipse, Perge was also known to be dedicated to the goddess Artemis.

Difficult to date, the city is thought to have been founded by Greek immigrants in the thirteenth century BC, but the earliest finds in archaeological terms date back to the fifth millennium BC. It is not until the fourth century BC that Perge once again appears in script, when it features in a geographical text about navigating around the Mediterranean and Black Sea. During this time, the river Kaistros was an important waterway for maritime trade and was the reason the city was so wealthy.

Alexander the Great brought the Macedonians to the city in 334 BC and, after surrendering, the residents offered to help Alexander by acting as guides in Pamphylia. After the city became a colony of Pergamon, it became more Hellenistic in character.

In 188 BC, Perge was taken by the Romans and eventually became a part of Asia. After the province of Galatia was established, a new road was built between Pisidian Antioch, in Galatia, and Perge in Pamphylia.

Perge remained a prosperous city and was soon to be visited by Paul the Apostle who brought with him the concept of Christianity. St. Paul stayed in the city for a period of time in which he preached to the people. It is thought that this was when the first church was constructed in the city. Today, the journey that Paul the Apostle made is marked by a hiking trail that leads between Pisidian Antioch and Perge.

Many of the well-preserved buildings you see in the city today date from the second century BC. It was thanks to the powerful and influential Plancia Magna, who was also a relative of Herod the Great, that the city was further developed. Her statue once stood at the Hellenistic Gate but now resides in the Archaeological Museum in Antalya.

Perge met its unfortunate end in the eighth century AD, when the Arabs invaded and it was never rebuilt. 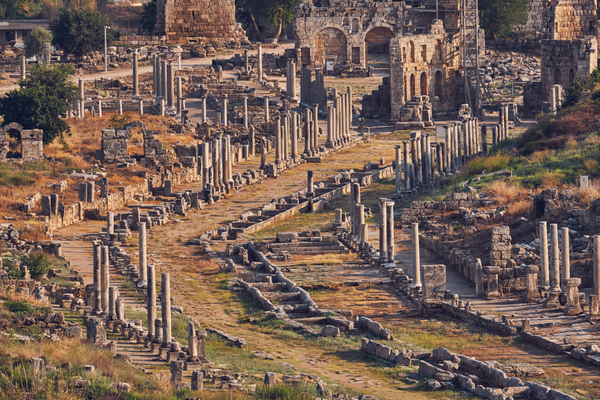 As you approach the city you’re greeted by the statuesque Roman Gates. These are two huge gates leading into the city, between which lies a courtyard that dates back to the fourth century AD. The gates were built during the time of Emperor Septimius Severus. The outer gate is flanked by towers, while the inner gate is decorated with arcades that are believed to have been retrieved from an earlier time.

The wonderful theatre site can be seen without buying a ticket, although you can’t get into the complex itself because of on-going renovations. The building combines Greek and Roman characteristics and is believed to have been constructed in 120 AD. The gallery around the top is graced by colonnades and still stands at an imposing height.

There are two bath sites. The first is the Northern Baths, which were built in the third century AD. They are typically Roman and you can clearly see the arches, the courtyard and the separate surrounding rooms.

The Roman Baths are among the best preserved in Turkey and, entered through a huge gate, they are certainly impressive. Complete with fridigarium and tepidarium, the baths still boast the thin marble slabs that would have lined the walls of the original interior. A simple yet ingenious concept of supporting the floor on brick pillars so the heated air from the boiler room could circulate is demonstrative of the engineering prowess of the Romans.

You need a full day, or at least a few hours, to make the most of a visit to Perge, but I would definitely recommend it. The whole experience is fascinating and is certain to go down on your list of Turkey highlights. 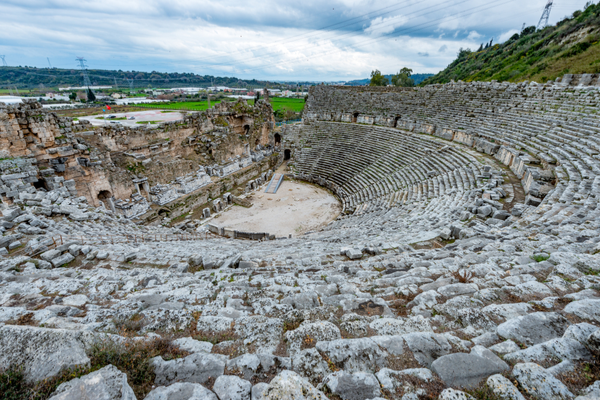 How to Get to Kumkoy

The closest airport to Kumkoy is Antalya Airport, which is well served by regular direct flights from the UK. The journey takes around four hours and with several airlines providing a number of weekly flights, you will have plenty of choice. With so many options prices are very competitive.

The most efficient way to get to Kumkoy from Antalya is by getting a Shuttle Direct transfer. Book with this reputable company and you can expect a personal greeting at the airport and a comfortable 90-minute journey to the resort. Shuttle Direct take great pride in providing a stress free service that can be booked in advance. You can choose a private transfer or opt for a shared one if you want to save your money for sightseeing and day trips. 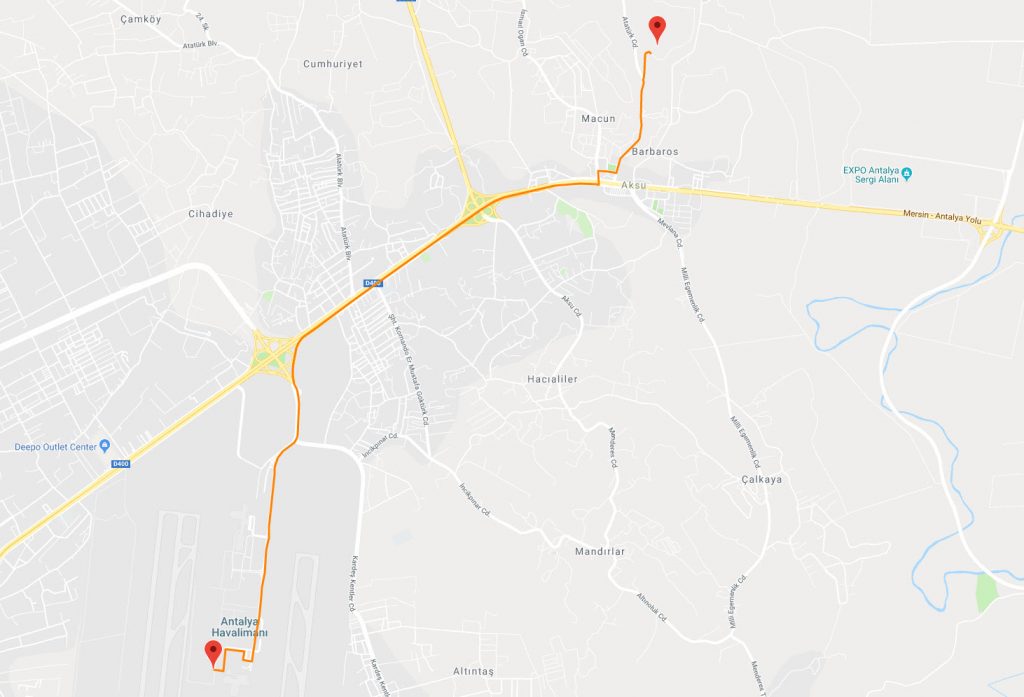 Side Orientt Apartments – This friendly hotel is ideally situated only a few minutes walk from the beach. Air-conditioned rooms are very welcome after a long day sightseeing in the Turkish sunshine. There is a private beach here and a pool too, so for those days when you just want to relax and read a book or catch up on postcard writing, you will find the perfect spot. With a pool bar on site, what more could you need?

All the Side Orientt Apartments have been designed with an oriental feel and all have self-catering facilities as well as that all-important free Wi-Fi.

Rooms are bright, airy, modern and well equipped. The continental breakfast, served daily, is an added bonus and is an ideal way to start a long day sightseeing.

Shuttle Direct is among the top go-to transfer companies in Europe and North Africa. If it is comfortable, efficient and stress free travel from the airport you’re after, look no further. We provide pre-booked private or shared transfers so let us make your onward travel seamless and help get your holiday off to a great start.