Lying 350km south-west of Barcelona and a similar distance west of Palma de Mallorca in the Balearic Islands, the port of Valencia is a popular destination for cruise ships visiting the Western Mediterranean. The city of Valencia is the 3rd largest in Spain which is perhaps best known internationally as the home of Paella Valenciana, the country’s national dish, and for its sweet oranges which come from the Costa del Azahar (Orange Blossom Coast) just north of the city.

The city is also well known for its historic centre, its magnificent City of Arts and Sciences and for its fiestas which include the Fallas festival of Fire in March and the crazy Tomatina tomato fight which is held in nearby Buñol in August.

The Port of Valencia is the busiest container port in the Mediterranean. Cruise ships usually dock at the Estació Marítima which is located 6km south-east of the city centre. In some cases you’ll find that you have to walk a surprisingly long way before actually getting into the passenger terminal. Once there you can meet shuttle buses provided by your cruise company which will most likely transfer you to the town hall square (Plaça De L’Ayuntamient) in the city centre or Plaza de la Reina which is a little closer to the historic centre.

If your cruise line doesn’t provide transport you can take a public bus (Number 4) from outside the cruise terminal (Avenida Ingeniero Manuel Soto) which takes about 40 minutes to Plaça De L’Ayuntamient. Far more convenient is to share a taxi with some fellow passengers which will only take about 15 minutes into the centre. Another option is to walk 1km north of the passenger terminal to Grau-Canyamelar metro station. From here the green line 5 will transport you to Xàtiva Station next to the city’s bullring in about 35 minutes.

If you’re headed for the City of Arts and Sciences rather than the city centre then a short taxi ride is your best option, otherwise take bus number 95 which will get you there in about 10 minutes. 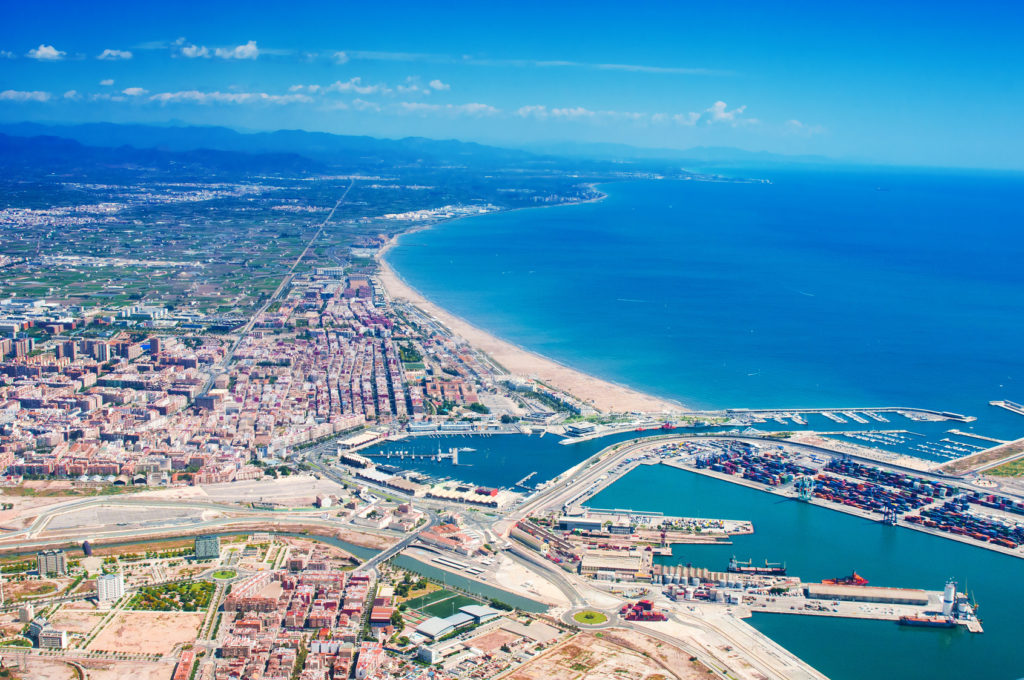 If your Mediterranean cruise begins or ends in Valencia you’ll most likely be arriving or departing via its international airport which lies 20km north-west of the port area in the town of Manises. Pre-booked private transfers from Valencia airport only take about 20 minutes by taking the V-30 to the south of the city. There is also an Aerobus service into the city centre and a metro link between the airport and the port via the centre. Taxi services are easily available in both directions. 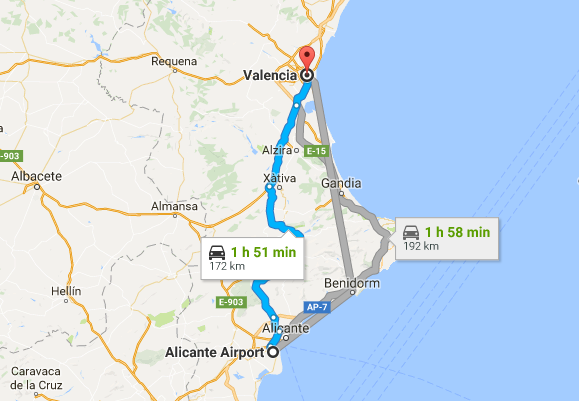 Getting Around in Valencia

Once you’ve made your way from the passenger terminal to the city centre you’ll be able to visit all the main attractions on foot. There is also a popular hop-on, hop-off tourist bus service which allows passengers to discover Valencia from the comfort of an open-top, double-decker bus. You choose from a ‘Historical Valencia’ or a ‘Valencia Maritime’ route with each full circuit taking about 90 minutes. The best place to begin the journey is at Plaza de la Reina in the historic centre.

If you arrive in Valencia in the morning and have a full-day in port you’ll want to visit the main tourist attractions of the historic city centre then head out to the City of Arts and Sciences before heading back to your ship which is only 5 minutes away by taxi.

Historic Centre: No matter how you travel from the port to the city centre your main reference point will be the Plaça De L’Ayuntamient (town hall square) which serves as a hub for transport and is within walking distance of the city’s main sights. The place to start your stroll around the historic centre is at Valencia Cathedral which lies just 500m north-east of the town hall square. This was originally the site of a mosque under Moorish rule which later became a Visigothic church. Work on the current structure began in 1262 and lasted for several centuries. Next to the Cathedral is the Miguelete Tower which is a symbol of the city. Visitors can climb to the top for great across the Valencian skyline. Inside the cathedral is the Chapel of the Holy Grail which is home to a chalice which many believe is the actual Holy Grail used at the Last Supper. 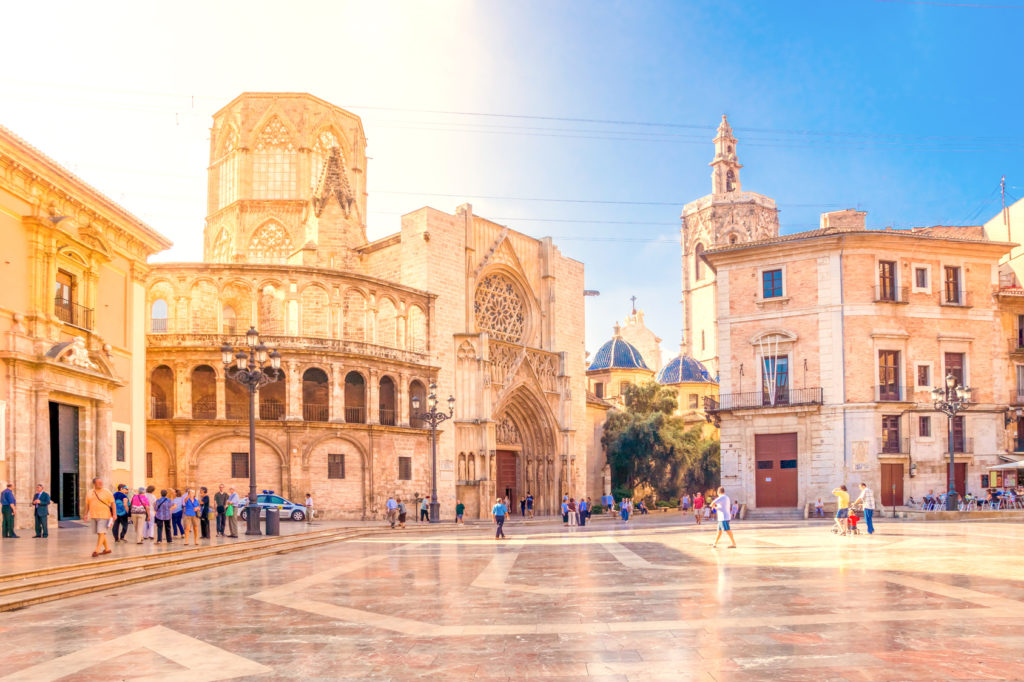 From the Cathedral it’s just a 400m stroll south-west to the Llotja de la Seda which is the city’s historic Silk Exchange. This beautiful building dating back to 1498, used to serve as a stock exchange for the trading of silk and gold. The Trading Market is considered a masterpiece of Gothic architecture which has been recognised by UNESCO as a World Heritage Site. Just opposite the Silk Exchange is the Mercat Central which is Valencia’s Central Market. Built in Modernist style, this vibrant marketplace standing on two levels contains hundreds of stalls selling fresh fruit and vegetables together with fish and meat products. It’s a great place to pick up some tasty Spanish hams and cheeses or to buy souvenirs of your visit such as local ceramic goods or paella pans. If you simply want to take in the atmosphere of this lively place just find yourself a seat at one of the market cafés and enjoy a beer or ‘café con leche’ with a tapa. 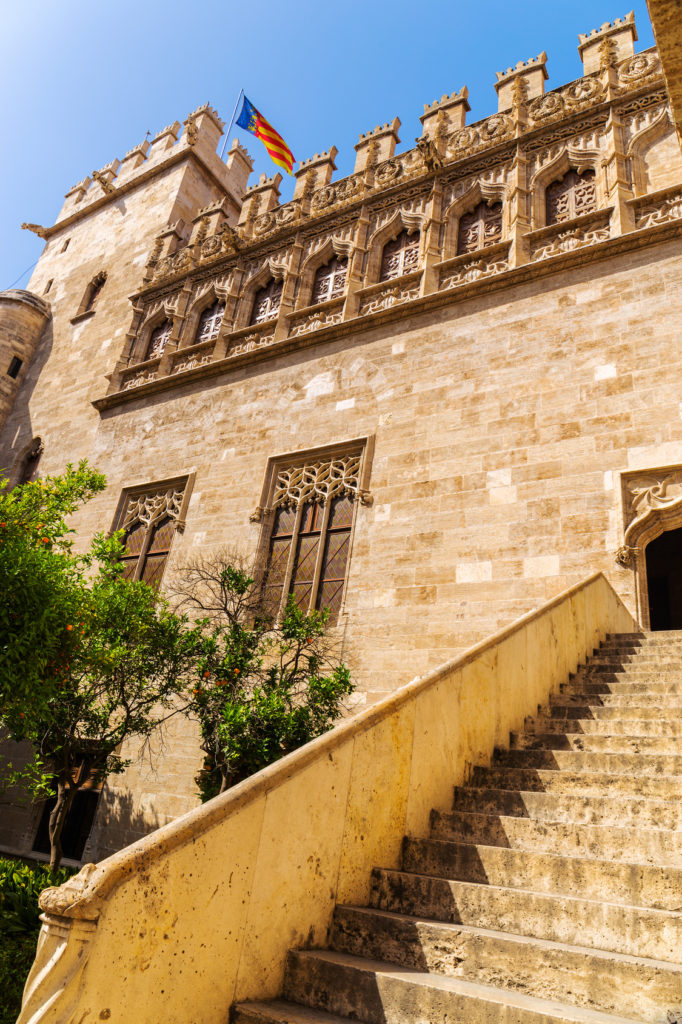 Museums: The city of Valencia is recognised as an important member of Spain’s art circuit being home to more than thirty important museums and galleries. Of course you won’t have time to do them justice during your time in port but you can visit some of the most famous ones. First amongst these is the Museu de Belles Arts (Carrer de Sant Pius) which is housed in a 17th century baroque-style convent. This is one of Spain’s best fine arts museums which contains important works by Velázquez, Murillo, Sorolla and El Greco to name but a few.

Unique to Valencia is the Fallero Museum (Plaza Monteolivete, 4) which celebrates the city’s Fallas festival by displaying figures which survived being burnt thanks to popular demand. Valencia is home to the world famous Lladró pottery so a visit to the Museo Nacional de Cerámica (Carrer del Poeta Querol, 2) is popular with many visitors. Housed in a beautiful 15th century palace this museum tells the story of how ceramics have evolved throughout the history of Spain. There is an actual Lladró Factory and Museum (Carretera de Alboraya) but it lies some 7km north-east of the historic centre.

City of Arts and Sciences: Time permitting, after you’ve visited the main historic attractions, you might include a visit to the City of Arts and Sciences. Designed by local architect Santiago Calatrava and built on land which was formerly the bed of the Turia River, this complex was completed in 2005. It is made up of separate buildings which house all kinds of attractions including a science museum, a spectacular aquarium, an Imax theatre and a planetarium. You’ll need to plan ahead as you can’t possible see all it has to offer in the time you have available and entrance fees vary according to what you choose to visit. 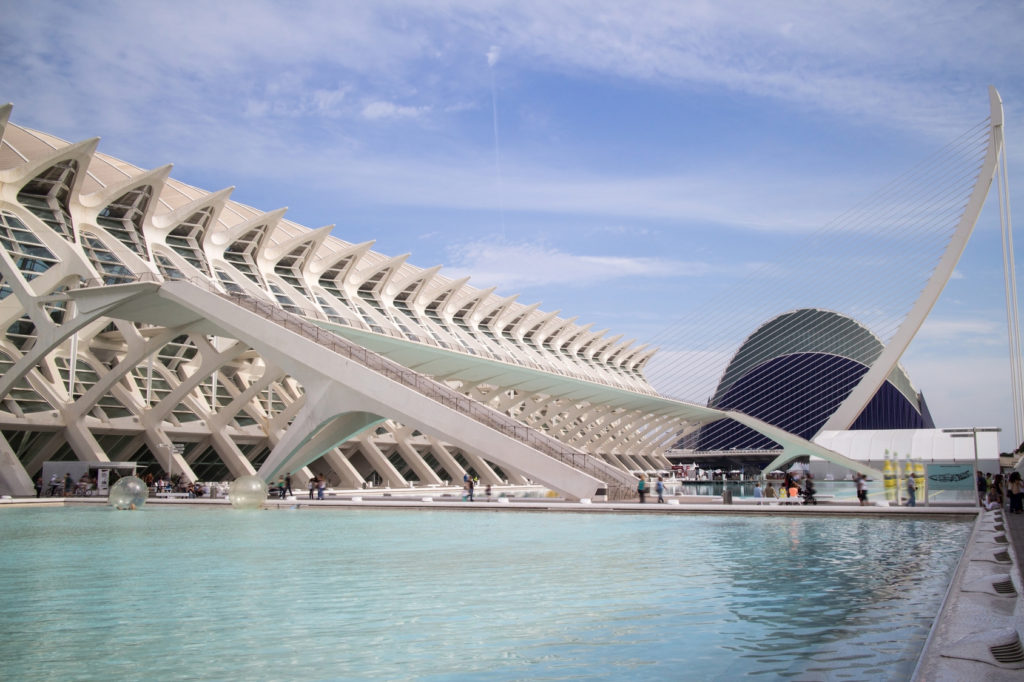 One Night in Valencia

If your cruise itinerary allows for an overnight stay you’ll have the extra time required to discover the city whilst also participating in Valencia’s other Holy Grail – finding the best place in town to eat paella! A top contender is La Pepica (Paseo Neptuno 6) which is a city institution located at the beach just 2km north of the cruise port. Some 5km south of the port but well worth the taxi ride is Llar Roman (Carretera Del Riu, 258) which is earning rave reviews for its paellas. Please note that these are both lunchtime-only venues as Spanish chef’s will rarely cook paella as an evening meal.