Set on Spain’s eastern coast, with views out across the Balearic Sea towards Ibiza, Valencia is often overlooked by tourists from the UK in favour of Spain’s two larger cities, Barcelona and Madrid. However, the thriving, bustling port of Valencia has a culture and style all its own, with a lively nightlife and culinary scene which cannot fail to delight any city breaker.

First established during Roman times, the city has always had a strong sense of architectural style. From the medieval Old Town to the more recent additions of Modernism and Postmodernism, Valencia has always made a statement through design. Never a place to look backwards, in the 1990s the progressive authorities decided to continue this tradition with the creation of an audacious modern cultural and entertainment space built in the heart of the city. The result was the breathtaking City of Arts and Sciences, a complex which today draws in visitors from all across Europe. 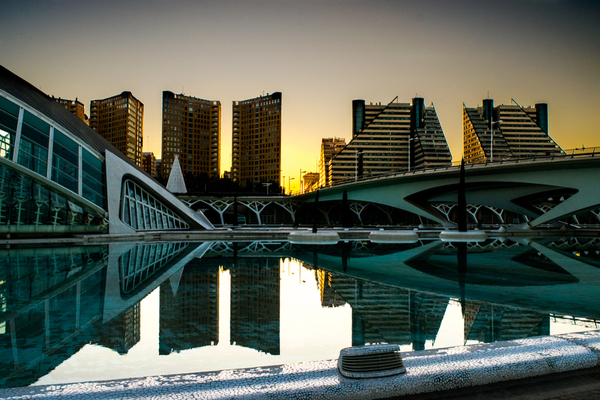 The Story Behind the Design

Confronted by the problem of a river prone to flooding that ran through the centre of the city, the Valencian authorities came up with an innovative solution. They diverted the river to run around the town, leaving them with an expanse of dry riverbed. The opportunity to create something stunning in this central space was snatched up in 1996 by local architect Santiago Calatrava, and what he created has since become the new cultural heart of this vivacious city.

Spreading over nearly two kilometres and made of glass, steel and water,  la Ciudad de las Artes y las Ciencias, or the City of Arts and Sciences, is a visual representation of the river it has replaced. The largest cultural centre in Europe, it comprises of six modern architectural spaces, including an aquarium, a science museum, an audio-visual centre, an opera house, a sporting events space and an open-air social area.

All at Sea in the Oceanogràfic

The vast glass and white steel structure of the aquarium/research centre/training area that is the Oceanogràfic is designed like a giant wave and surrounded by water – a visual taster for what lies inside. With more than 45,000 marine creatures and 500 different species, the Oceanogràfic is a fascinating place to visit. The centre is spread out across ten separate aquariums, each recreating different submarine worlds ranging from the Red Sea and the Arctic to the tropics and the Mediterranean. 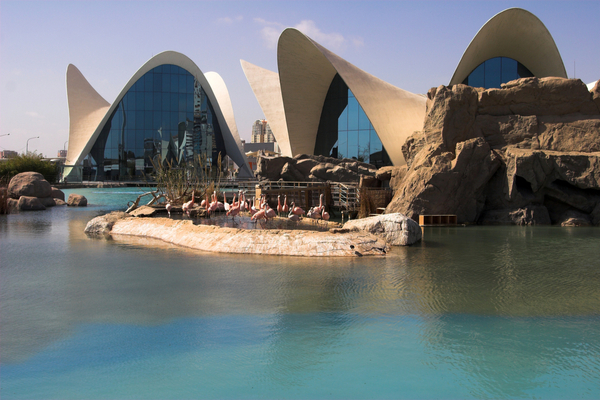 Open Your Eyes and Ears to the Hemisfèric

From the IMAX Cinema to the planetarium, the beautiful, contemporary Hemisfèric building will stun your senses. A range of 3D films featuring space exploration, animal conservation and scientific discovery will amaze, entertain and educate you all at the same time.

The design of this striking structure is based on the construction of a whale’s skeleton and is as visually stunning as anything you’ll see inside. That being said, the interactive exhibits inside the science museum, which cover all elements of modern science, will have you entranced. Here you experience and learn through touch as you make your way around exhibits like the 15 metre high sculpture of DNA or the 34 metre Foucault Pendulum.

Dedicated to the performing arts, this opera house is a wonderful space to see productions of Spanish classics or contemporary works of dance or theatre. There are four performance spaces in the building, the largest being the main hall, which can seat an audience of more than 1,800. 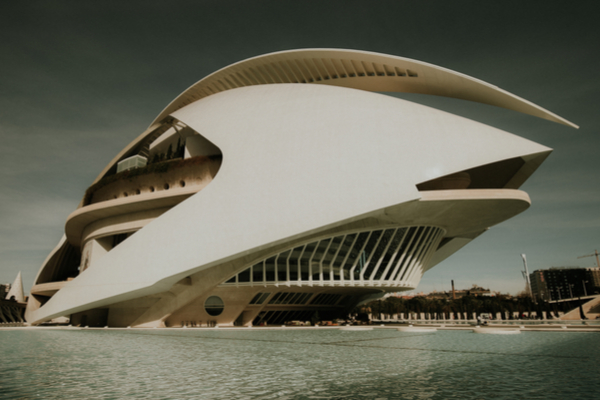 Catch an Event at the Àgora

It’s always worth checking out what will be going on at the Àgora at the time of your visit. This versatile space is sometimes used for concerts and other music events, sometimes as an exhibition venue and sometimes to host sporting events like the Valencia Open 500 Tennis Tournament. Designed as a covered public space, the structure is as innovative and intriguing as the rest of the City of Arts and Sciences.

Like most major European cities, Valencia is easy to get to and is well serviced by a number of direct international flights, including a good range of budget airlines like easyJet and Ryanair. The flight takes around two hours and 15 minutes, and lands in Valencia Airport (VLC). The easiest way to make the 10 kilometre journey into town is to arrange a Shuttle Direct airport transfer online before you set off. Their group transfers are regular and reliable, and will save you splashing out extra cash on a taxi. 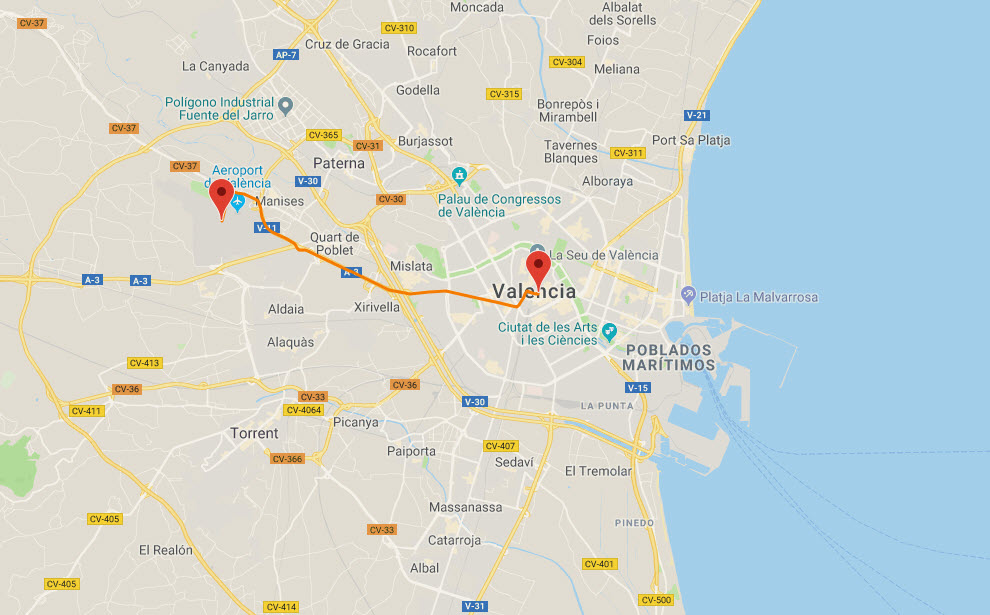 Warhol Apartment – Another great option for contemporary loft-style living can be found at Warhol Apartment. Close to the city’s cultural heart and just 18 minutes from the beach, this apartment offers free WiFi and two bedrooms.

If you’re looking for a reasonably priced, safe transport from the airport to your destination, then a shared group transfer with Shuttle Direct could be just what you need. Choose from a shuttle bus service or group mini-bus and get to town without any stress. Shuttle Direct is Europe’s leading airport transfer provider.