As a traditional Portuguese fishing village, Alvor is a charming seaside resort that boasts picturesque cobbled streets, quaint white-washed houses and an array of small boats. Its long sandy beaches are the perfect place to relax, while its town centre is filled with lively restaurants, cafes and bars. Its biggest selling point, though, is the wealth of natural attractions and cultural edifices that are just waiting to be discovered. 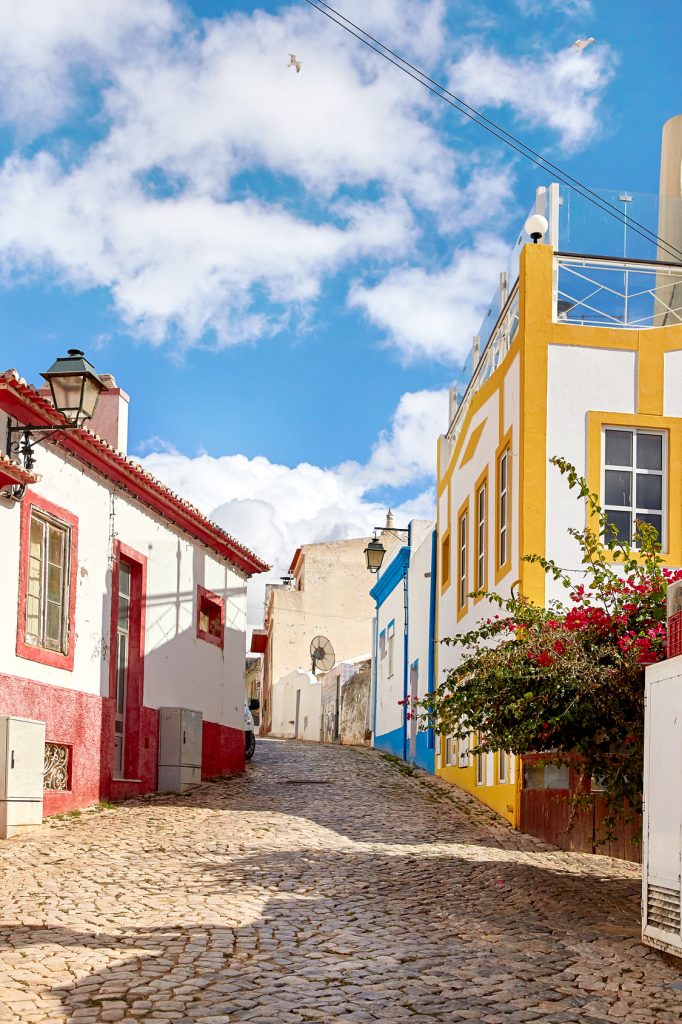 Arguably Alvor’s most wonderful attraction, the nature reserve spreads across close to 1500 hectares and is home to an array of birds, animals, plants and insects. It stretches out from the beach up to the cliffs at Quinta da Rocha and then back inland along the Alvor River towards Mexilhoeira Grande village. The best way of exploring the numerous habitats of this mini-ecosystem is to go on one of the numerous walks. You can stroll down the extensive boardwalk on the beach, wander along the river or hike up the cliffs. 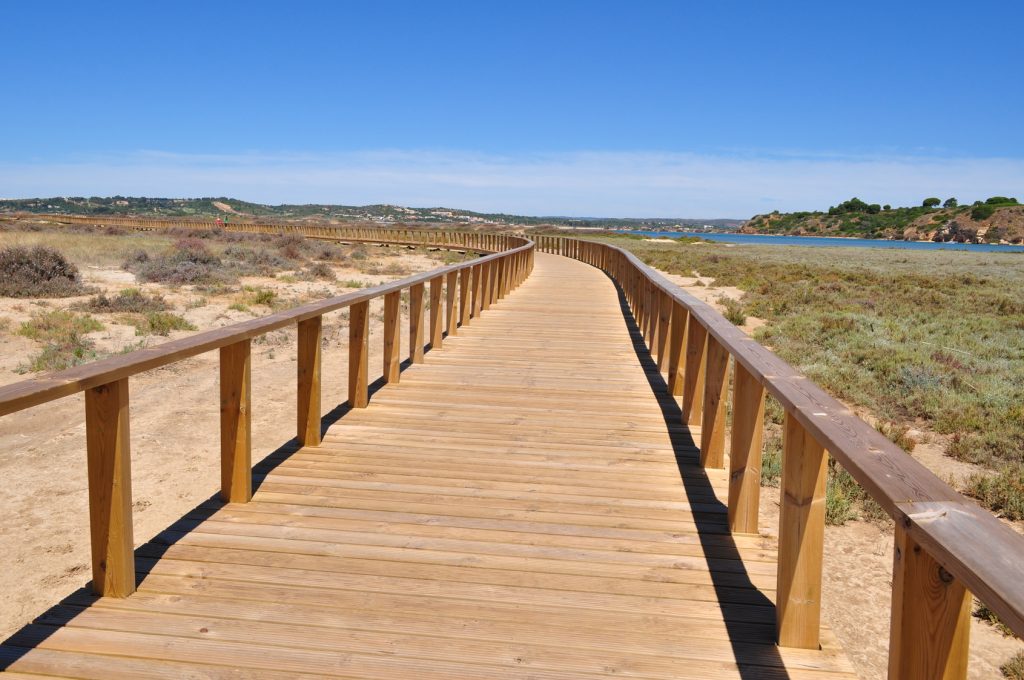 The impressive wetland system is fed by four different freshwater streams, which fill the shallow lagoon. It also includes saltpans, salt marshes and mudflats. Its waters are home to a wide variety of colourful fish, while its shores attract many aquatic birds, including the beautiful Bluethroat, the Little Stint and the Water Pipit. You should also keep your eyes peeled for Cistanche flowers, huge and bright yellow plants that bloom on the edges of the river.

The nature reserve also boasts sand dunes, where a range of animals and reptiles reside. In the early morning or late evening, you should be able to spot the wood mice, hedgehogs and foxes coming out of their dens. There are also ladder Snakes, Algerian sand lizards and ocellated lizards hidden within these dunes.

Towards the end of winter, the plants begin to bloom. Interesting and rare species sprout from the sand, such as the sea medick or the sea stock, while others emerge from the wet ground, such as the camphor thyme. Together they form a beautiful floral display. 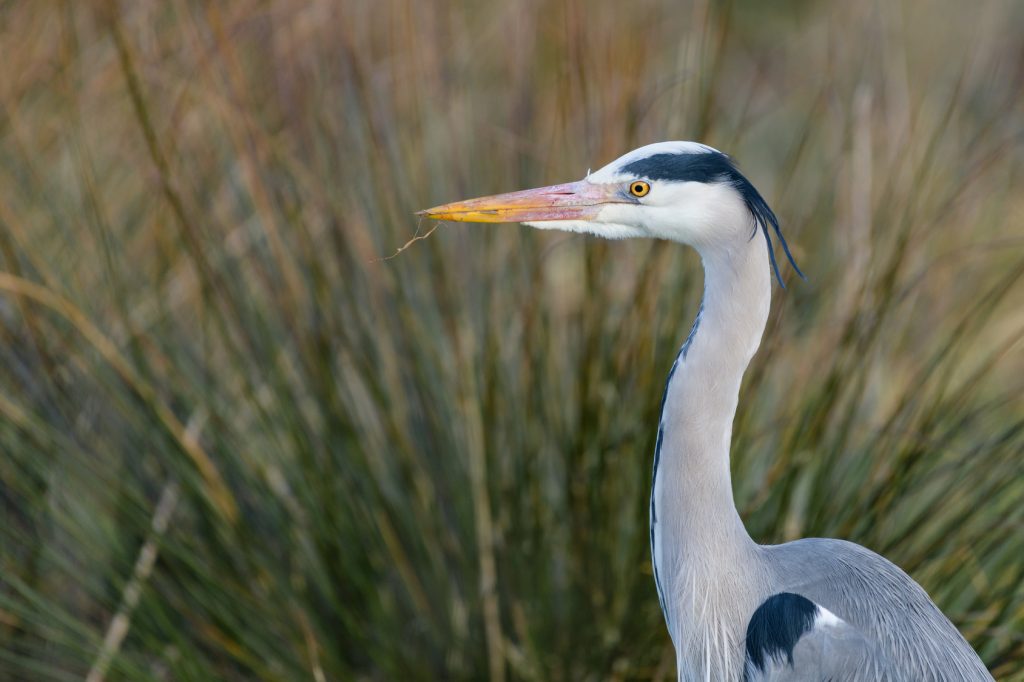 Alvor’s reserve is one of the best places to go birdwatching. Not only is the river a stop-off for migrating birds, but it also has resident birds that are there all year round. If you’re there at the right time, you’ll see flocks of dunlin, redshanks and knots, while kestrels, grey herons and little egrets can be spotted at any time. Flamingos, black-winged stilts and avocets also roam the area. If you head towards the cliffs, you’ll find nests of rock pigeons and alpine swifts, while the wooded areas are home to great spotted woodpeckers, Sardinian warblers, stone pines and many more.

As one of the oldest villages in the Algarve, Alvor has an interesting and intricate history. It was founded by the Carthaginians and was later expanded into a large port by the Romans. Many of the Roman edifices can still be explored today.

Known as the Mother Church, Alvor’s Igreja Matriz is a stunning piece of architecture. It was first built in the 1500s, but underwent remodelling two centuries later. The three naves are from the original structure, while the exquisite main portal, which is carved in the Manueline style, is a more recent addition. Inside, decorative panels line the church walls. There’s also a beautifully carved wooden altar. 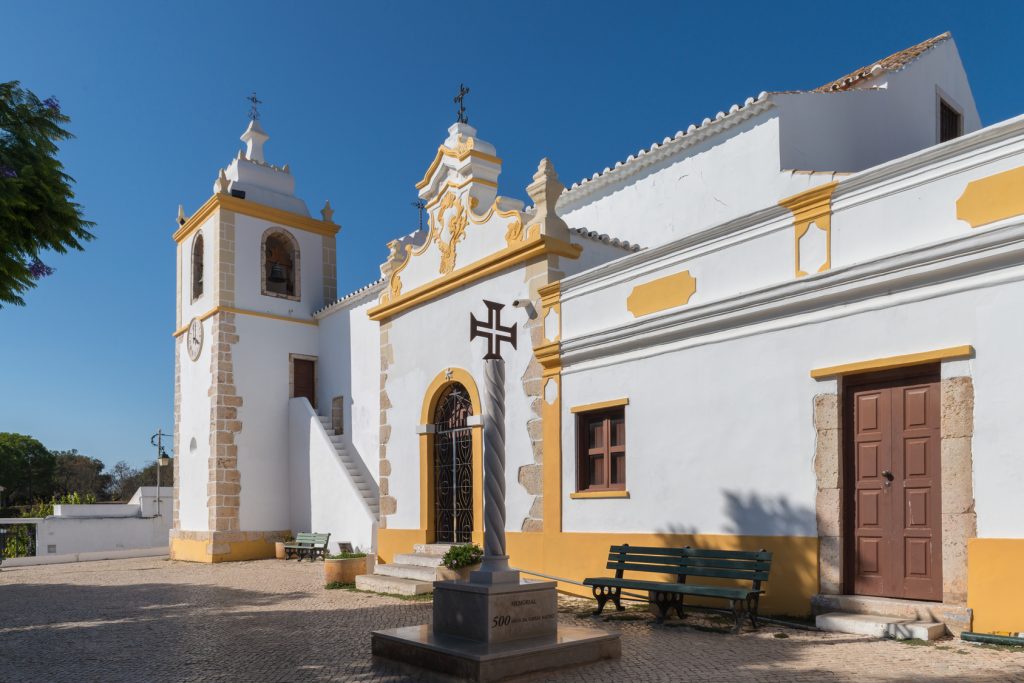 This thirteenth-century castle was once an imposing fortification built with a combination of red sandstone, limestone, rubble and fragmented pottery. It was strategically erected near the Alvor River to provide both protection for its residents and access to the economic activities of the port. Though only its ruins remain today, the port of entry, the foundations of a tower and the thickest walls can still be seen.

Wander Around the Portimão Museum

This fascinating museum retraces Alvor’s maritime culture. There are three main exhibitions: the first explores the town’s transformation from a rural Roman city to its modern industrial self, while the second provides additional details on the fish canning industry. The third gives an overview of the fauna and flora on Alvor’s shores.

How to Get to Alvor

The easiest way of getting to Alvor is to fly to Faro Airport. British Airways, as well as various low budget airlines, offer direct three-hour flights from London. You can then book an airport transfer with Shuttle Direct and have a friendly driver take you straight to Alvor. It’s a picturesque hour-long journey. 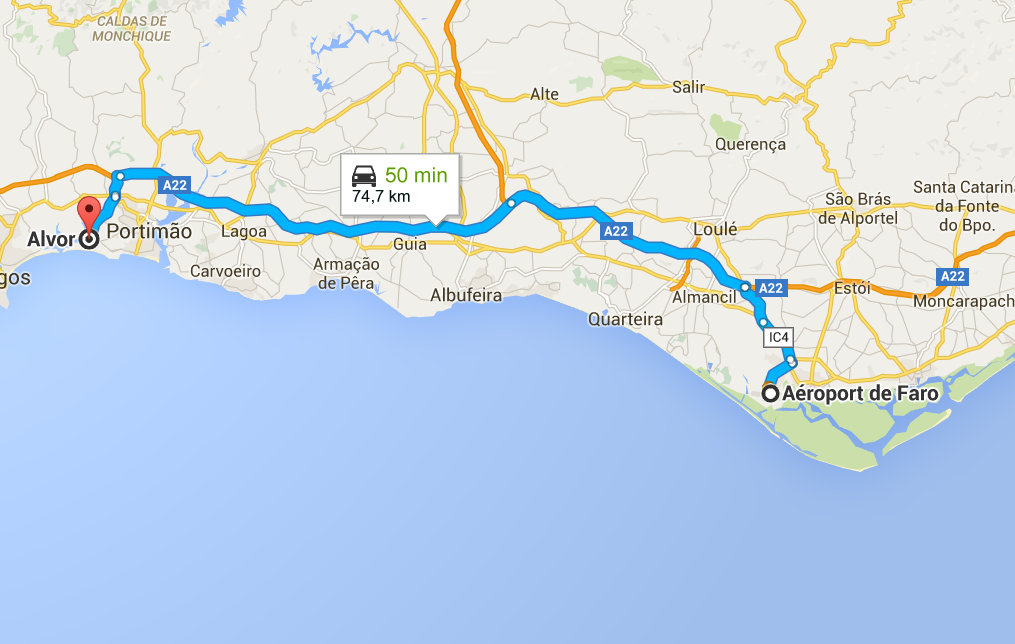 Turim Estrela do Vau Hotel: Located near the beach, this luxury complex offers private apartments with balconies and a pool. Rooms are modern and equipped with a kitchenette, air-conditioning and a bathroom. There is also a spa with sun loungers, hot tubs, massages and Turkish baths.

Clube Alvorferérias: Situated just a ten-minute walk from the historic centre, these apartments boast comfortable seating areas, kitchens and private bathrooms. There is also an outdoor pool and a Portuguese restaurant on site.

Shuttle Direct is a top-notch transport provider that offers comfortable and convenient airport transfers in North Africa and Europe. You can pre-book your private, group or shared transfer via their user-friendly website.