The crepe is a widely-known dish similar to a pancake and traditionally made from wheat flour, eggs and milk. The thin treat is enjoyed as a sweet or savoury snack all over the world, but where did it originate? 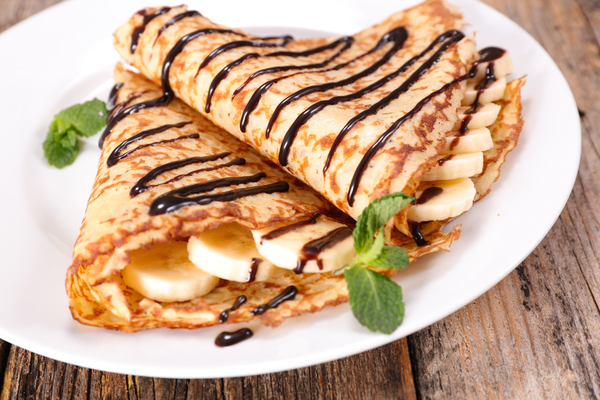 The treat actually derives from Bretagne, a northwest region of France. Since the region is known for its cold and rainy weather, the locals enjoy warm cider served alongside their crepes.

The Suzette is a variety of crepe distinguished from the normal recipe by its addition of a flambéed sauce. The sauce is made with caramelised sugar, butter and orange juice and zest, followed by an orange-flavoured liqueur.

There are several variations of the story about how the Crepe Suzette was first created. One claims that the dish was named after French actress Suzanne Reichenberg, who worked under the stage name Suzette. Reichenberg once appeared in an iconic comedy scene in 1897 in a play at the Comédie Francaise – she played a maid who served crepes to the other characters.

Another story comes from French chef Henri Charpentier, who claimed that he created the dish accidentally. In 1895 the chef was preparing a dessert for the Prince of Wales, who was dining at the Monte Carlo’s Café de Paris in Monaco. The chef thought he had burned the crepe, but tasted it and realised it was delicious! The prince was also a fan of this new creation and declared that it would be called Suzette, since this was the name of his female dinner guest. 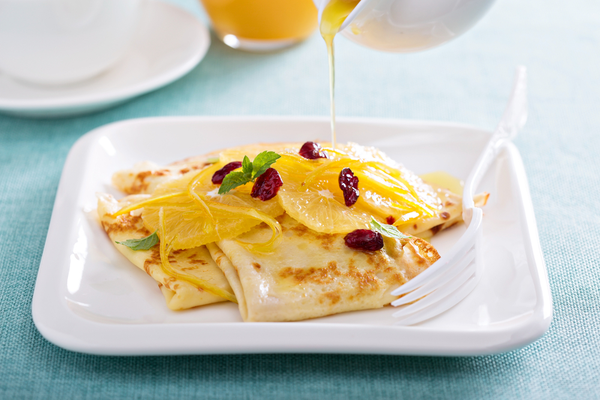 Nowadays, this delightful dish is enjoyed all over the world and is served with a variety of toppings. Sweet additions include caramel, jam, chocolate and honey. Savoury versions are equally popular, and feature cheese, mushroom and meat. The delicacy is now usually made with white flour rather than wheat, but is cooked in the same way and remains just as delicious.

If your mouth is watering and you fancy sampling the famed Crepe Suzette, France is without doubt the best place to go!