What is it about history that interests you most? Are you fascinated by human nature, haunted by yesteryear, intrigued by that which you can never experience firsthand? Whatever it is that draws you in about the past, the physical reminders of what once was are often some of the most thought-provoking and interesting aspects of antiquity.

This transfer from Malta Airport to Bugibba will take you by four historical sites that will mesmerise you with their majesty, enthral you with the stories that live on inside them and perhaps even fill you with sorrow at the tragedies that once occurred. From cemeteries to tram stations, discover the Malta that is dead and gone, but will never let you forget it.

As you’re whisked from Malta Airport to Bugibba, the first attraction you should be holding your breath for is Santa Maria Addolorato Chapel and Cemetery (literally – many believe it’s bad luck to inhale while travelling past a graveyard). Also known as ‘Our Lady of Sorrows’, it was designed by Emanuele Galizia, constructed from 1862 to 1868 and finally inaugurated in 1869. However, the first burial did not occur for an additional three years.

The chapel and the entrance to the cemetery were built in neo-gothic design, an unexpected breakaway from the typically Baroque flourishes frequently used in Malta at the time. With approximately 300,000 graves, this necropolis mostly holds the corpses of casualties of war.

Those interested in gorgeous architecture and intricate design should return at a time when they can truly admire this impressive chapel and cemetery.

Recommended Visit Time: Give yourself an hour or two to properly explore and marvel. 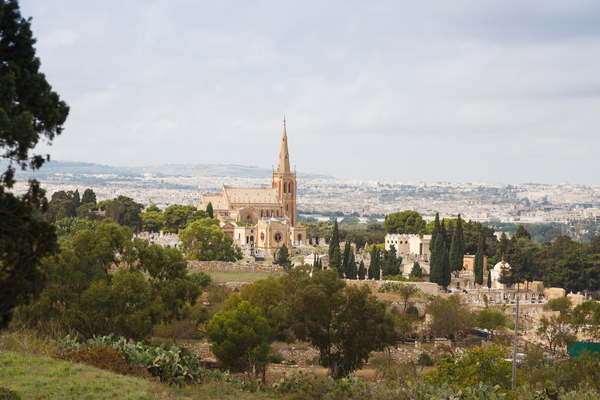 On your transfer from Malta Airport to Bugibba you will be using one of Shuttle’s fantastic private or shared transfer services – but for a taste of how people used to get around, consider backtracking on your own time to the former Malta tram station. The service ran from 1905 to 1929 and connected travellers from Valletta to Zebbug, Birkirkara and the Three Cities (Vittoriosa, Senglea and Cospicua).

The tram had no windows, roof or doors, and was two levels. The lower deck could hold the driver and 20 passengers, while the upper deck sat 18. Standing patrons (usually farmers heading to Valletta Market to sell their fresh produce or live animals) were only allowed on the first floor, as the overhead electric wire on the top floor made staying upright dangerous.

Anyone who enjoys history, especially the history of transportation, will find it well worth their while to travel back here another time.

Next on your route from Malta Airport to Bugibba is the Għargħur semaphore tower. It is a part of a series of towers that military personnel used to visually communicate information. The mechanical semaphore, an invention originally created by two French brothers, made use of a system of wooden ‘arms’ attached to the roof. Each position the arms could swing to corresponded with a different number or letter of the alphabet, making this an effective and innovative signalling code.

The Għargħur tower itself consists of three rooms stacked atop each other and connected by a spiral staircase, with both sanitary and cooking facilities. It was built by the British army in 1848, and occupied as a vantage point during World War II. Today, it is out of commission, but serves as an interesting historical site to visit.

Those with an interest in architecture, war or the intricate linguistics of code and communication should add this as a must-see destination on their itinerary.

Recommended Visit Time: For the average person, an hour should be more than enough time. 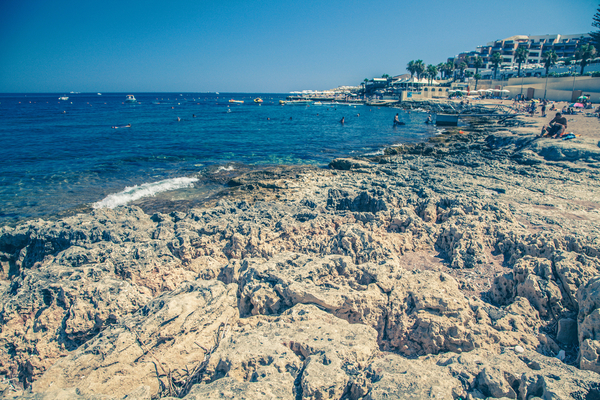 As we began with a necropolis, so we shall end with one. The last of the dead and the gone passed by on this transfer from Malta Airport to Bugibba is Ta’ Gadaf Cemetery. In fact, the story surrounding this graveyard is shrouded in tragedy. It was in use over two centuries ago, when around four thousand people died from the bubonic plague (and likely more whose deaths were not recorded – families tended to quietly dispose of corpses to avoid the sorrow of seeing their loved ones dragged away by plague carts).

As there was such an enormous number of deaths, shallow graves were dug and a high majority were thrown in without much ceremony. At a time when proper preparation and burial were important for cultural and religious reasons, this is a telltale sign of the extent of the calamity, fear and abandonment of ideals that spread along with the plague.

Those who have an interest in the darker sides of history and human nature may find it interesting to come back to this solemn cemetery.

Recommended Visit Time: As with the other sites, an hour or so will most likely give you plenty of time to explore and mourn.

From Malta Airport to Bugibba

From London Heathrow, flights to Malta are only a little over three hours, and the drive from Malta Airport to Bugibba is only half an hour. I tend to recommend pre-booking an airport transfer with Shuttle Direct. Their shuttle services take all the anxiety out of figuring out how to get to your accommodation. You don’t want to get stuck at the airport or lost on your way to your home away from home – after all, the only tragedy you should be experiencing on your holiday is the stories written in Malta’s history books. 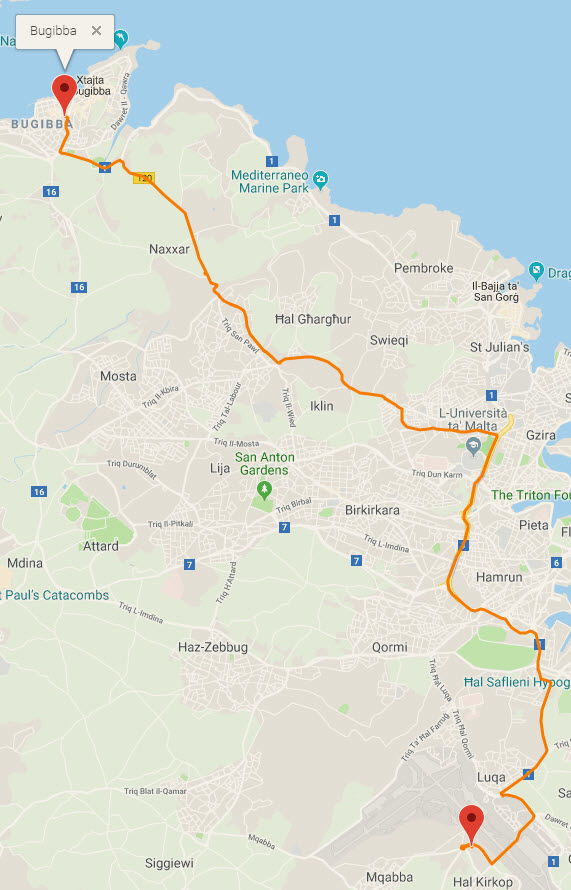 When you use Shuttle Direct’s fast, professional and reliable services, you’re able to take all of the stress and hassle out of your journey from the airport to your accommodation. With both private and shared shuttles, what are you waiting for? Whether you’re travelling from Malta Airport to Bugibba or somewhere else around Europe or North Africa, consider booking our services for your next holiday!