Munich: famous for the Glockenspiel, Marienplatz, Viktualienmarkt, Nymphenburgh Palace and, of course, the Hofbräuhaus and Oktoberfest. Finished taking notes? All those places (and plenty more) are definitely on the “must-do” list, but once you’ve ticked them all off, drunk the steins and posed for the obligatory selfies to prove it, why not take a deep breath and dive into some of the city’s quirkier attractions? 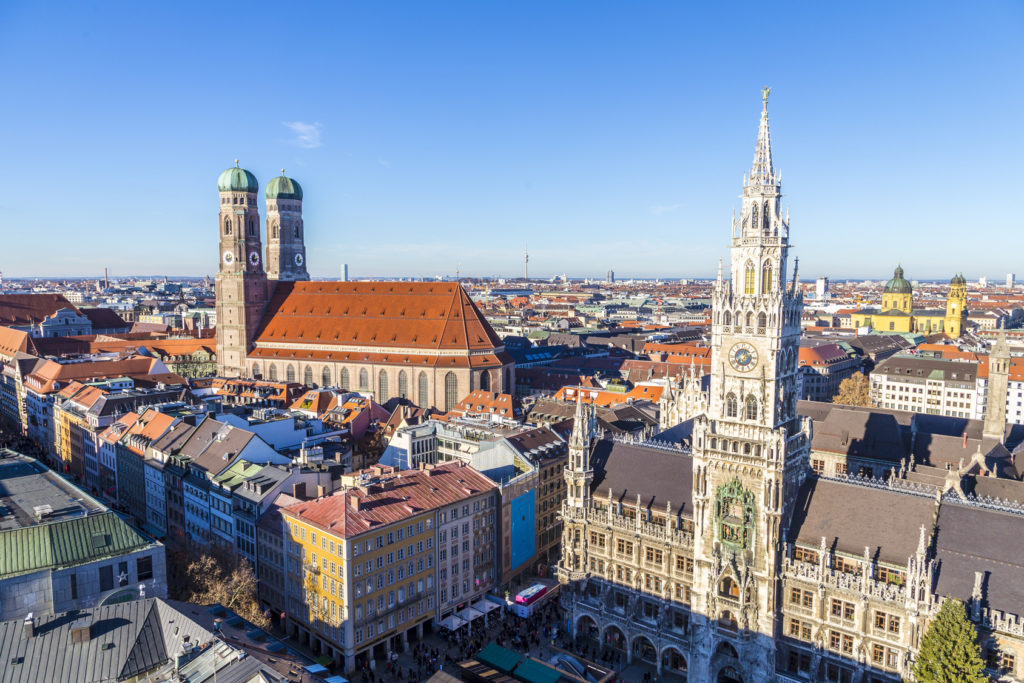 There’s a lot of fun to be had in München if you take a few steps off the beaten track, and the city’s more unusual attractions could turn out to be the highlights of your trip! Keep an open mind and an open heart and magic happens…

Got your attention back after the word “church” just in time, didn’t I! Even if you’re not into traipsing around churches and museums, it’s well worth getting out of your comfort zone just this once.

Aside from being the oldest church in the city, St Peter’s is the final resting place of the unusual remains of Saint Munditia. Displayed in a glass coffin, the reclining skeleton of the patron saint of spinsters (yes, it’s a thing!) is encased in a transparent body stocking embellished with jewels and gold adornments. Jewels also cover the remnants of her rotting teeth and in her hand she holds a glass bottle of her own dried blood, the last vestiges of her martyrdom by beheading. If you’re easily spooked, you might not want to make eye contact with Munditia’s beady glass eyes…

Find it: Pay a visit to Saint Munditia in Alter Peter (as it’s called by the locals), which is just off the Marienplatz. Free entry and open daily 9am-6pm.

Umschreibung is guaranteed to provide the most original backdrop for a selfie in Munich! This incredible 30-foot stairway to nowhere is actually a sculpture by a Danish artist, created in the shape of a double helix. Made from steel, this is the kind of artwork you don’t have to stand back and admire while pretending to know what you’re talking about! (Cue sigh of relief.) It’s designed to be entirely interactive, with a small opening at the bottom, so you’re cordially invited to make the ascension to nowhere yourself. If you’re interested in the meaning (bear with me, it IS interesting), the title translates to “a movement without destination“. Deep. Or maybe not. But it looks good. 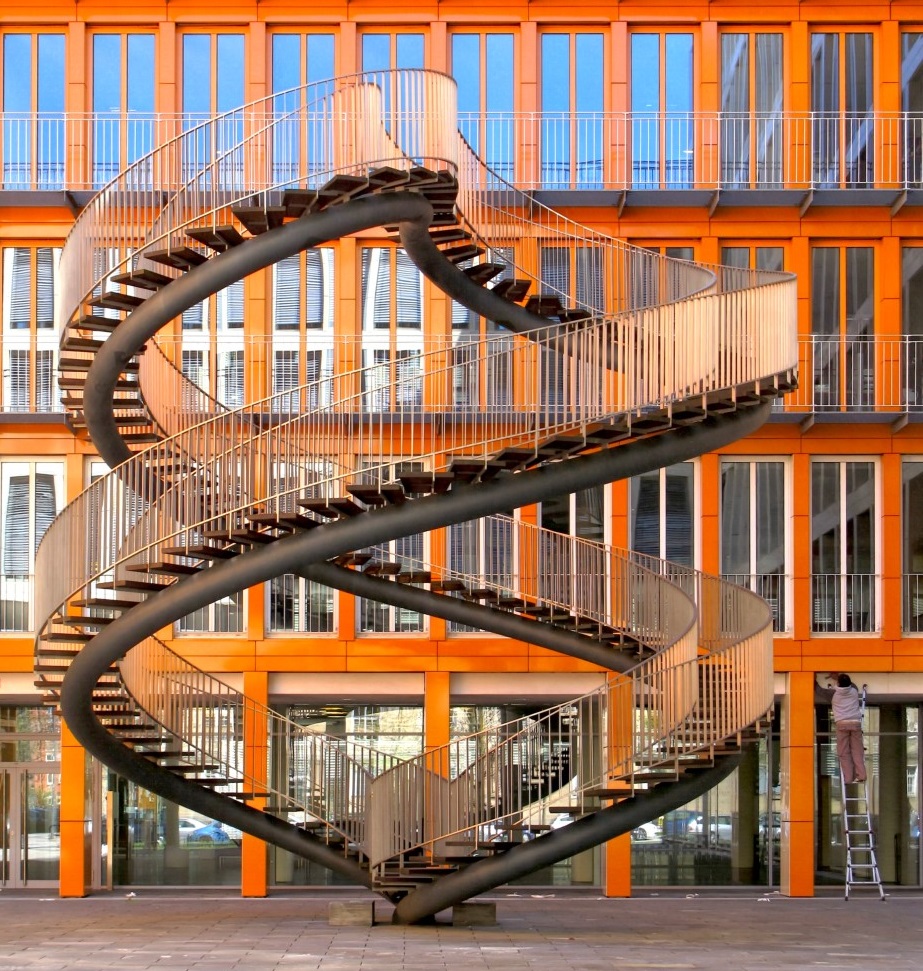 Find it: Located inside the KPMG building at 29 Ganghoferstraße.

If you’ve been brushing up on your German for your city break you’ll know this is the Museum of Hunting and Fishing – which all sounds rather dry, I know. But if we’re talking quirky attractions, this is actually right up there with the best of them. While the exhibits of more than a thousand taxidermied animal heads are a little disconcerting in themselves, it’s the more unusual collection of inhabitants that is, well, a little more unusual. 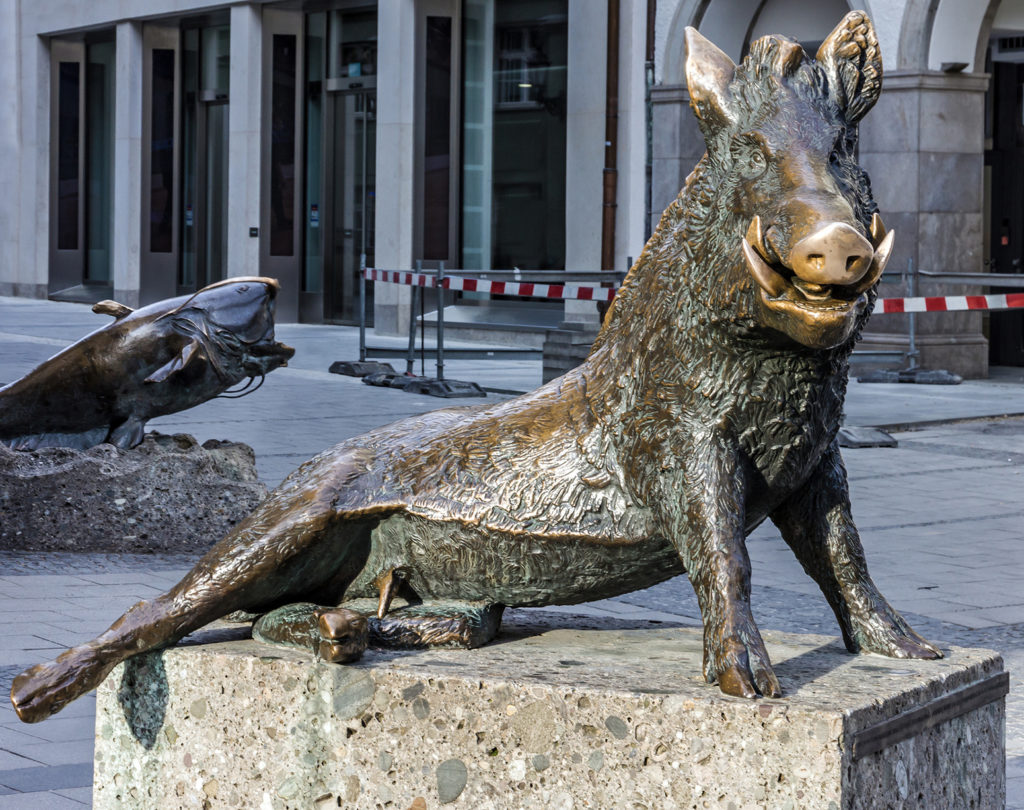 Alongside elk, boar, foxes, and the like, is a selection of what’s known as “wolpertingers“, which are guaranteed to be unlike any animal you’ve ever encountered before – at least while you’re awake! Wolpertingers are a mythical half-bird half-mammal animal that, according to legend, inhabited the forests of Bavaria in centuries past. The key word here is “mythical” and the taxidermy specimens are actually a very clever (or disturbing) combination of animal parts, resulting in some very scary looking creatures with various appendages, wings, fangs and horns. Unusual? You bet.

Walk the Bronzed Footsteps of Viscardigasse

The huge Feldherrnhalle beer hall is the site of a major point in history, when a young Adolf Hitler was arrested for treason – an act that led to the notoriety that eventuated in his momentous rise to power. When the Nazi party became victorious, Hitler declared the site a monument and anyone who passed by was required by law to salute in the infamous Nazi fashion. 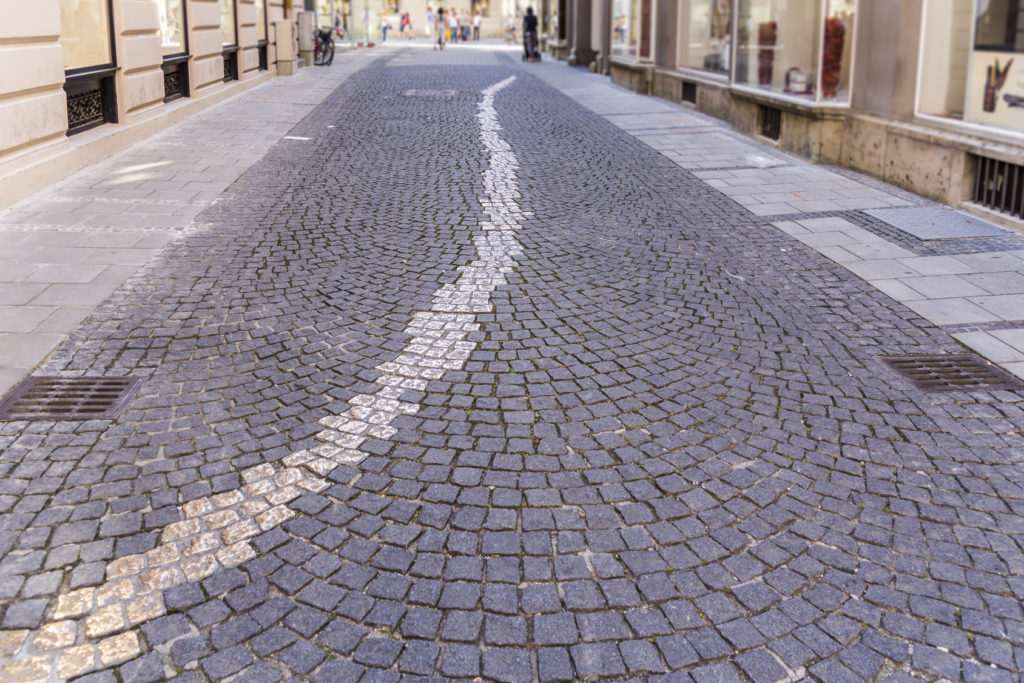 For those who could not bear to have to salute, the alleyway behind the beer hall became a secret alternative route for them to move through the area. Known locally as the Drueckebergergasse (Deserter’s Alley), it became a symbol of passive resistance to the deadly regime and, today, a row of bronzed bricks commemorate the bravery of Munich’s rebellious citizens.

While it’s important to see the iconic sites of a city, if you want to really get to know a place it pays to throw in a few quirky attractions as well. So while you’re exploring the well-worn trails around Munich (including the fantastic Old Town, here are some tips), make sure you peek around a few secret corners as well. You may be surprised at what you’ll find.

How to Get to Munich 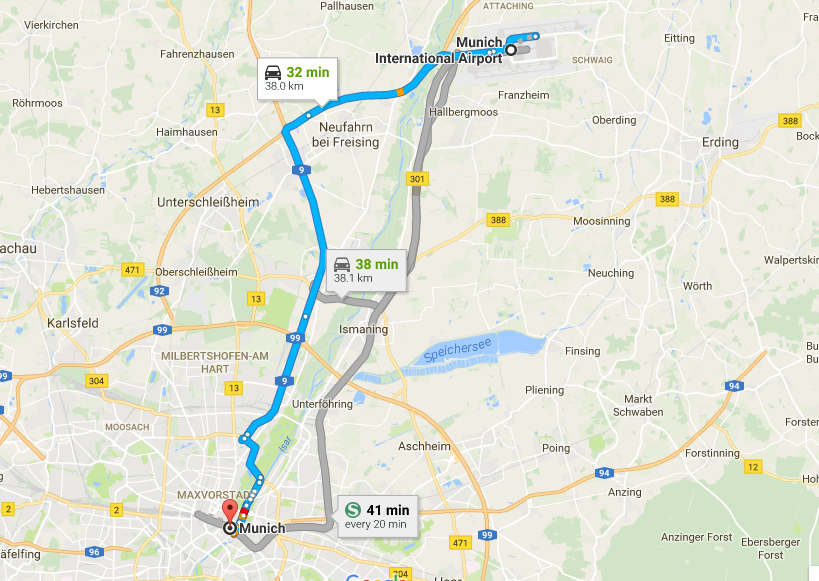 Munich has a large international airport and flying time from the UK is less than two hours, with a host of low cost airlines, including easyJet, Lufthansa and British Airways, offering some great last minute deals on flights. If you shop around for online deals you can fly to Munich Airport from the UK for as little as £54 return from London Gatwick or Heathrow.

To get to your accommodation in the city centre, the easiest option is to prebook an airport transfer service with Shuttle Direct. From the airport the journey will take around 30 minutes to get directly to the door of your accommodation, so you can be out exploring the city in no time.

Hotel Demas City: The warm welcome of the family-run Hotel Demas City provides the perfect accommodation for a relaxed city break that won’t eat up your entire holiday budget. The stylish rooms and suites include bright modern décor and free Wi-Fi. The hotel places you right in the centre of the city’s attractions, close to the main shopping precinct, beer halls and a host of excellent upmarket restaurants.

Hotel an der Opera: The charming Hotel an der Opera enjoys a superb location in the old quarter of the city surrounded by boutiques and great restaurants. Enjoy the contemporary luxury décor, free Wi-Fi, onsite gourmet restaurant and bar, and take in panoramic views from the terrace – all within walking distance of many of the city’s best attractions.

Vier Jahreszeiten Kempinski München: If you’re looking to treat yourself to a taste of luxury on a Munich city-break, the Vier Jahreszeiten Kempinski München is the place to do it. Just a few minutes’ walk from the fabulous shopping, cafes and action of the Marienplatz, you’ll enjoy fantastic views, an onsite spa, stylish modern rooms and a superb onsite restaurant serving up gourmet cuisine.

Shuttle Direct has been a trusted name in airport transfers for many years. With a wealth of experience and a huge range of services to suit any group size and budget, if you’re looking for the fastest, most efficient onward transport, Shuttle Direct is the answer.

With an easy-to-navigate online booking system and a team of friendly local drivers, Shuttle Direct can offer competitive transfers to and from any airport, train station or cruise port. Shuttle Direct’s experienced team will take the confusion and stress out of organising your travel arrangements.