For the modern traveller, cruises offer all sorts of benefits: comfortable accommodation, on-board entertainment, excellent prepared meals, and of course, the chance to tick several destinations off your bucket list in one trip. During the stopovers on your cruise, you’ll have only a little bit of time – usually one day – to see some of the most incredible cities in Europe.

Take Dubrovnik, Croatia for example, ‘the Pearl of the Adriatic’. One of the best-preserved medieval cities in the entire world (despite a massive earthquake and armed conflict during the 1990s), Dubrovnik is attracting more tourists than ever before, and with good reason. If you’re stopping off at Dubrovnik on your Mediterranean cruise, let our itinerary be your guide for the day.

Stroll Through the Old Town 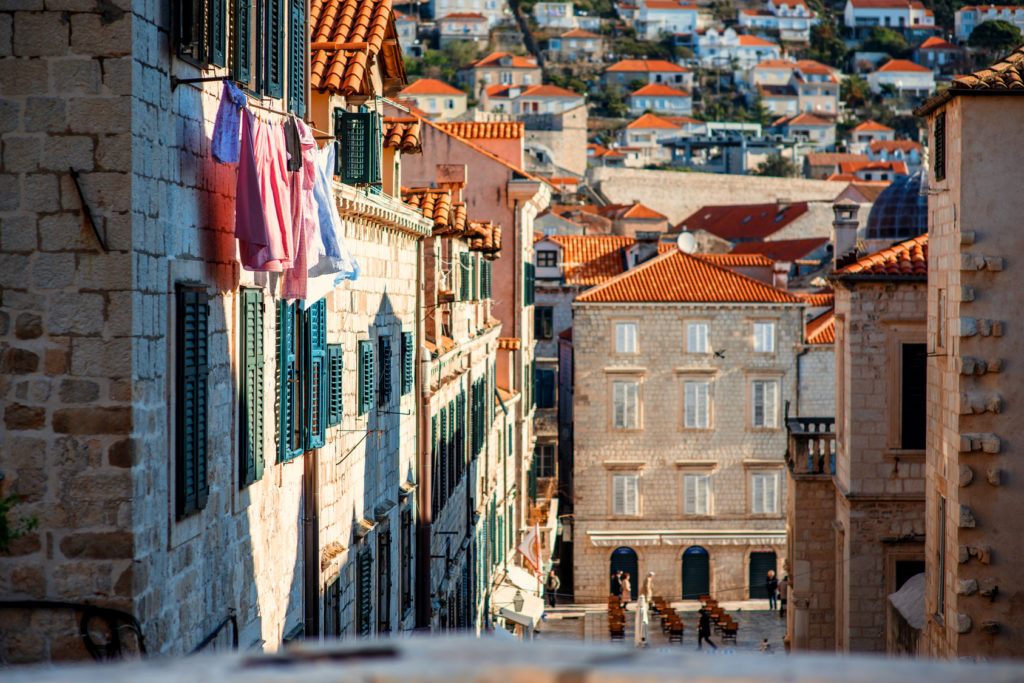 Any visit to Dubrovnik’s Old Town begins at the Pile Gate, a 16th century portal in the ancient city walls that will truly take you back in time. As you cross the drawbridge and pass under the statue of the city’s patron saint, St. Blaise, you’ll find yourself in front of the Onofrio Fountain, part of an extensive 15th century water supply project. Today, the fountain gushes water into a drainage pool from the mouths of sixteen carved masks.

After you pass the fountain, you’ll be right at the beginning of the Old Town’s main street, the Stradun. This limestone-paved pedestrian street is lined with historic 17th-century homes, as well as shops and restaurants (tip: you’ll find less touristy wares for sale on the side streets.)

Three hundred metres on, at the eastern end of the Stradun, the street spills out into a lovely square filled with some of Dubrovnik’s most important historical sights: Orlando’s Column, Sponza Palace, the clock tower, and the Church of St. Blaise. If you’re feeling a little overwhelmed by all the things to see, you may have to begin planning your next trip!

Walk Around the City Walls 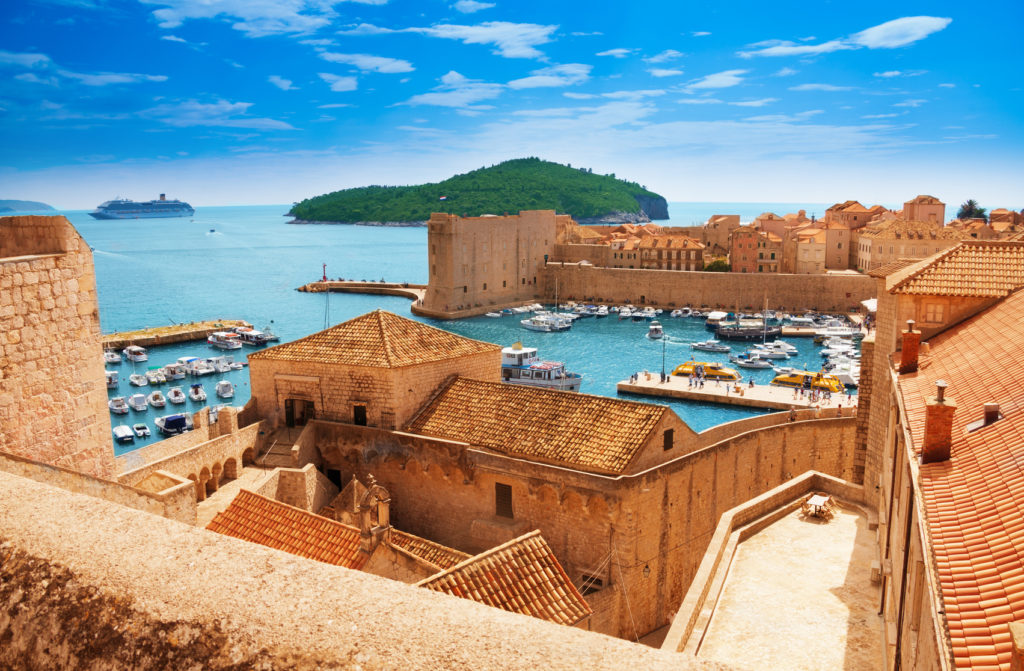 Dubrovnik’s city walls date back as far as the 11th century and as are much as 20 feet thick in some places.

In your walk around the Old Town, you can’t have failed to notice the thick stone walls that encircle the area. Running almost two kilometres around the city, the walls date back as far as the 11th century and as are much as 20 feet thick in some places. At various points around the walls, a system of towers and turrets are a reminder of this city’s superb defensive position.

The city walls are a point of pride for Dubrovnik – they are among the largest and most complete city fortifications left in Europe. In 1979, the Old Town (along with a significant portion of the walls) gained UNESCO World Heritage Site status. The walls have since gained addition recognition through the popular television series Game of Thrones, which is filmed in part in Dubrovnik and features the fortifications prominently.

Today, the walls are open to visitors to walk around. It takes about one hour to walk the entirety of the walls, and they can be narrow and steeply sloped in some places. Still, the fantastic views of the red roofs of the Old Town and of the Adriatic Sea are more than worth it.

Visit the Fortress of Lovrijenac 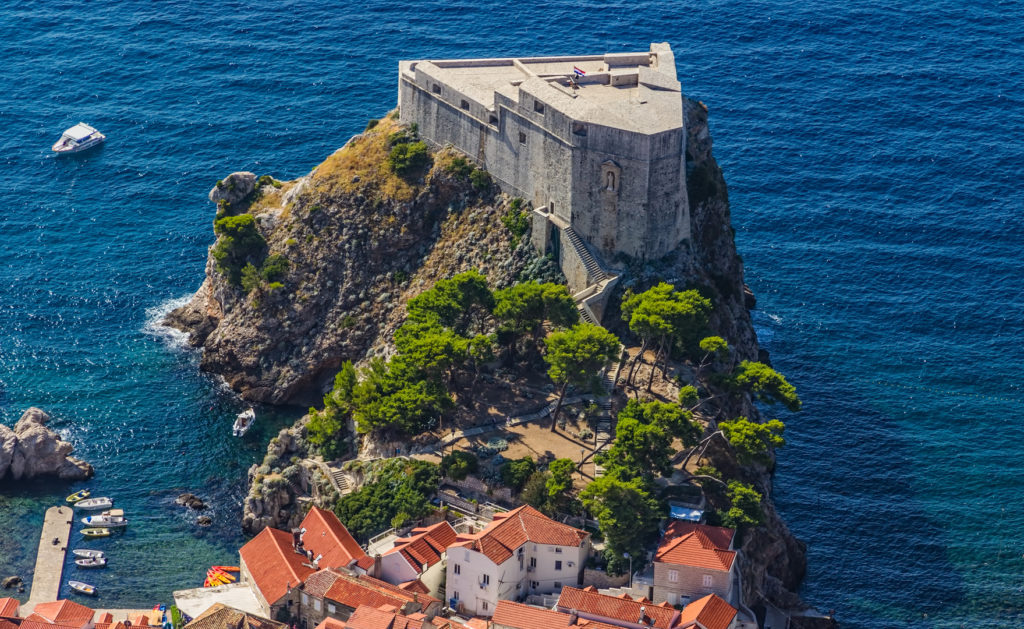 Hang on to your city walls ticket, because it will get you into Fort Lovrijenac for free. Often called ‘Dubrovnik’s Gibraltar’, this triangular fortress is set high up on a rocky outcropping overlooking both sea and city. Lovrijenac played a key role in keeping the city free from Venetian rule during the 11th century, though recently it has become a popular venue for theatrical performances.

Take a Ride on the Dubrovnik Cable Car 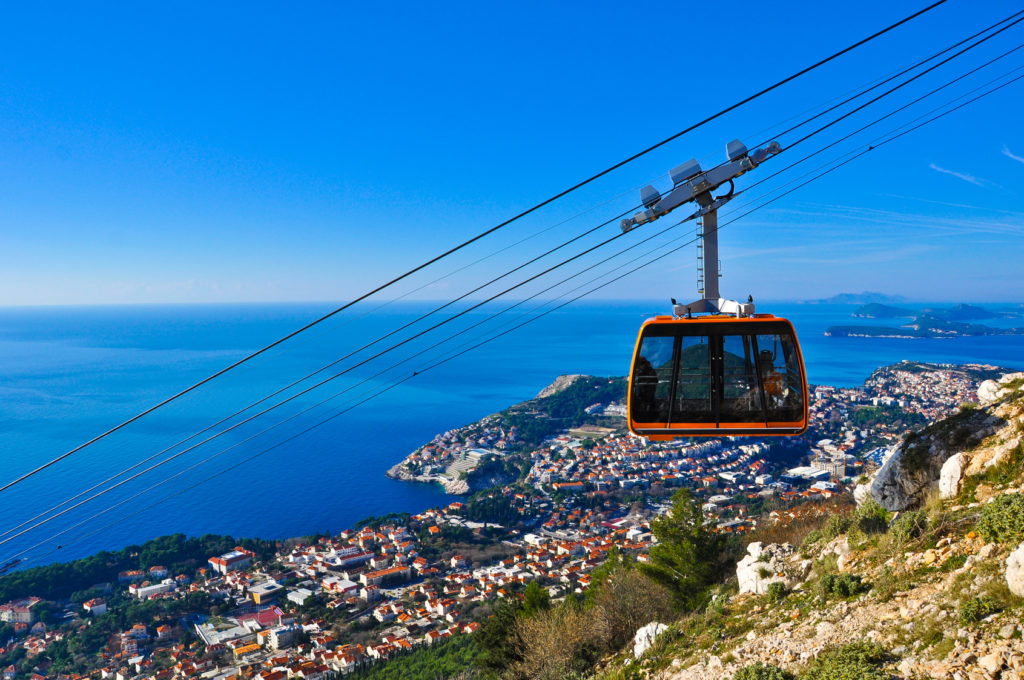 Hop aboard the Dubrovnik cable car for spectacular views over the city.

Next, hop aboard the Dubrovnik cable car for spectacular views over the city. Two cable cars, each capable of holding thirty passengers, take only four minutes to climb the 400 metres to the viewing terrace. From your hilltop perch you can see the red roofs of the Old Town below you, Lovrijenac standing guard on the coast, the forested island of Lokrum, and Port Gruz, where your ship is most likely moored.

Enjoy the View at Restaurant Panorama

While you’re up at the cable car station, get a bite to eat at the Restaurant Panorama. Serving up a diverse menu of Mediterranean cuisine with an unbeatable view, this hilltop café is the perfect place to soak up the sun, refuel for the afternoon ahead, and take a few photographs for your scrapbook.

Take the Ferry to the Island of Lokrum 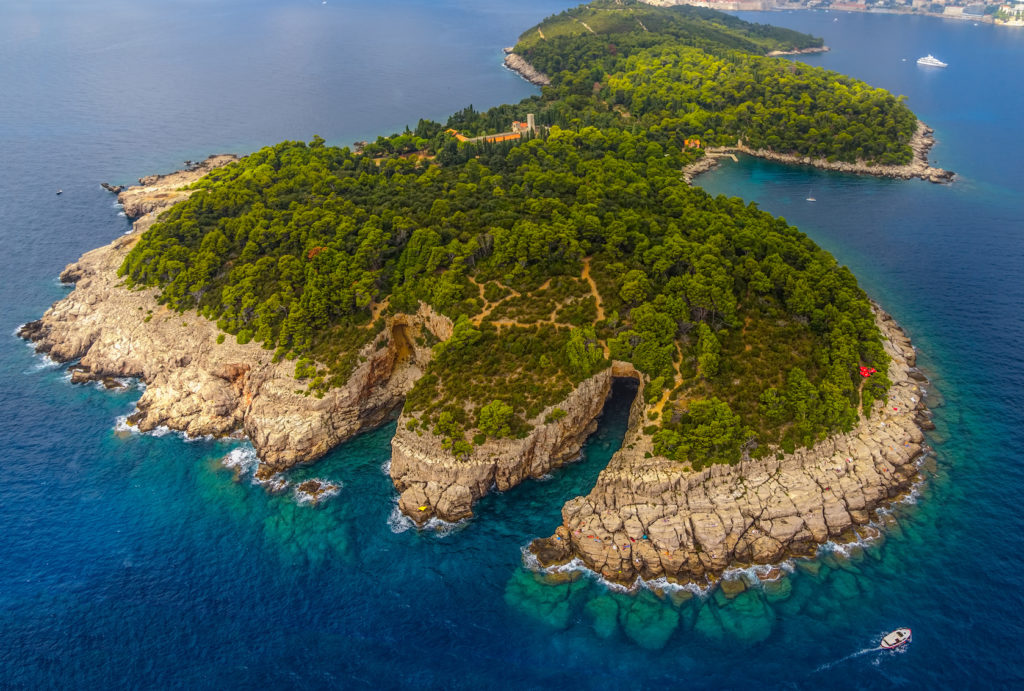 Lokrum is a familiar Dubrovnik landmark that’s far enough away from the tourist hordes to provide some real tranquillity.

Once you’ve come back down the hillside, it’s only a five-minute walk over to the harbour, where you can catch the ferry to the island of Lokrum, which you saw from the viewing terrace. Now it’s time for a closer look.

Just 600 metres offshore, Lokrum is a familiar Dubrovnik landmark that’s far enough away from the tourist hordes to provide some real tranquillity. There are a number of sights to fill your afternoon on the island, such as the 11th century Benedictine monastery, a gorgeous botanical garden, and a holiday home built by Austrian archduke Maximilian during the 1800s. If you see some peacocks wandering around, don’t be alarmed – Archduke Maximilian brought them over from the Canary Islands long ago.

The ferry makes hourly trips from Dubrovnik harbour hourly during the summer, and every thirty minutes during July and August. Total journey time is only ten minutes. Expect to pay about 56 kuna (£5.80) for a return ticket.

As the sun begins to set, catch the ferry back to the Old Town, where your dinner is waiting. At Proto you can expect to enjoy the catch of the day fresh from the Adriatic – sea bass, tuna, mackerel, bream, perch, and the like. Enjoy a wide selection of local wines to round off your meal before making your way back to the ship.

How to Get to Dubrovnik from Port Gruz 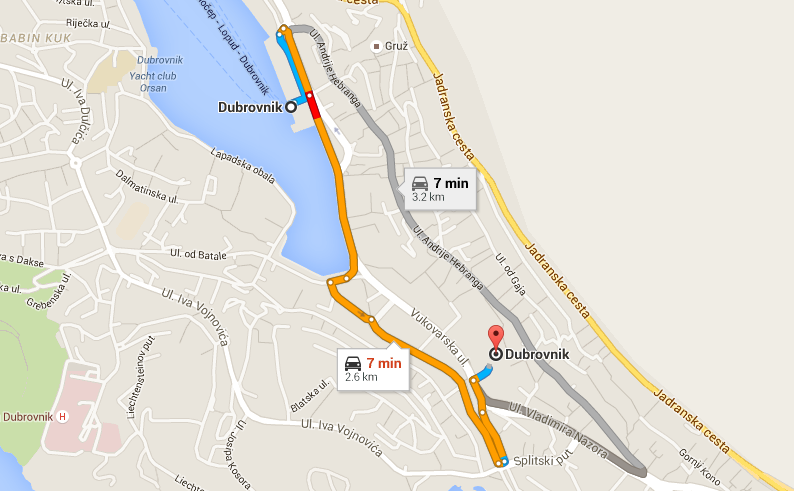 Dubrovnik cruise port transfers can swiftly transport you into town and back.

Your cruise ship will likely dock at Port Gruz, about three kilometres from the Old Town and the sights we’ve listed above. Hit the ground running in Dubrovnik by booking a transfer to collect you right at the port. Cruise port transfers to Dubrovnik’s Old Town take only fifteen minutes, but you can be sure it’ll help you make the most of your one day in this beautiful city.

Shuttle Direct is the number one provider of private and shared transfers in Europe and North Africa. With its simple booking system, courteous and efficient drivers, and deep regional knowledge, Shuttle Direct is a valuable resource to the modern-day international traveller. Whether you need transportation to the cruise port or to the door or your hotel, Shuttle Direct can arrange a transfer to suit your needs.