The island of Fuerteventura is the most easterly of Spain’s Canary Islands lying just 105km (65 miles) off the coast of Morocco. Although it is the 2nd largest of these islands it is inhabited by more goats than people! The mild year-round climate has seen the development of package tourism but to a lesser extent than on some of the neighbouring islands. Two of the most popular resorts for family holidays are Corralejo on the north coast and Caleta de Fuste in the east. Cruise ships arrive in Puerto de Rosario which is the capital of the island.

Lying on the east coast of the island, Puerto de Rosario is the main port in Fuerteventura which caters for cruise ships, cargo vessels, and ferries to Santa Cruz de Tenerife and Las Palmas in Gran Canaria. Until the late 1950s it was simply known as Puerto del Cabras (Port of Goats) as it served little purpose other than as a pier from which goats and goat meat were transported. Today, with its grander title, it is one of the busiest ports in the Canary Islands which has undergone major redevelopments in recent times to allow it to accommodate large cruise vessels.

If your cruise begins or ends in Fuerteventura then you’ll be travelling through the island’s El Matorral Airport which lies just 6km south of where cruise ships dock. Almost 5 million passengers per year, mainly from Northern Europe, travel through this airport. There’s an airport bus (Number 3) which runs to Puerto del Rosario as well as plenty taxis awaiting passengers. Alternatively, you can pre-book private transport to and from Fuerteventura Airport with Shuttledirect. Their vehicles cater for transfers between the airport and the cruise port as well as to holiday destinations all over the island. 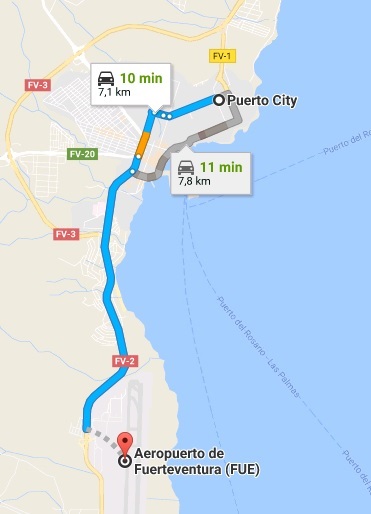 Getting Around in Puerto del Rosario

Puerto del Rosario grew around its port so it comes as no surprise that the town is within easy walking distance for cruise ship passengers. Official excursions offered by the cruise companies depart from the quayside otherwise you can arrange with one of the local taxi drivers to take you on a tour of the island. There’s a bus station in town called the Estación de Guaguas (Primero de Mayo, 39) offering services all around the island. However, you should ensure that any trip you choose to make allows you plenty time to get back in time for your ship’s departure.

Puerto del Rosario: The island’s capital is home to around 40, 000 people. It’s a typically laid-back Canarian town with little in the way of tourist attractions. The most visited is the Casa Museo de Unamuno (Virgen del Rosario 13) which is where the Spanish poet Miguel de Unamuno lived in exile during the 1920s. Wandering around Puerto del Rosario you’ll see what is best described as an Open Art Gallery consisting of more than a hundred life-sized sculptures scattered around the town. 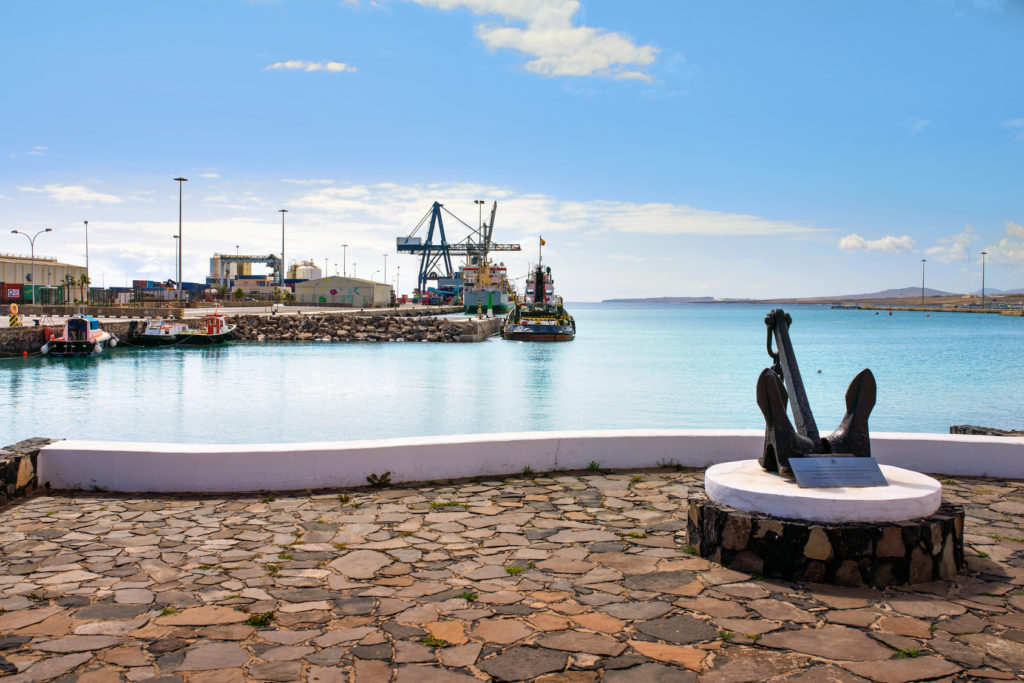 Shoppers won’t be disappointed thanks to the Las Rotondas shopping centre which stands close to the port area. It is home to three floors of shops and a number of restaurants which attracts many passengers from visiting cruise ships. Thanks to the duty-free status of the Canary Islands there are some good deals on alcohol, cigarettes and perfume.

Other than a few nice bars and restaurants in the harbour area there’s little else to detain you in Puerto del Rosario. As a result many passengers prefer to book a shore excursion to other destinations around the island.

Around Fuerteventura: The most popular shore excursion is to the island’s former capital at Betancuria which was located in a central valley in 1405 to protect against pirate attacks. Other interesting villages that you might be able to see on the same trip include Antigua and Pajara.

More independent travellers might prefer to take a bus to Corralejo on the northern tip of the island. This is one of Fuerteventura’s most popular holiday destinations which is home to a lovely old town and a glorious sandy beach. There are buses to all towns on the island but their timetables often aren’t suited to cruise ship vistors spending just a few hours in port. 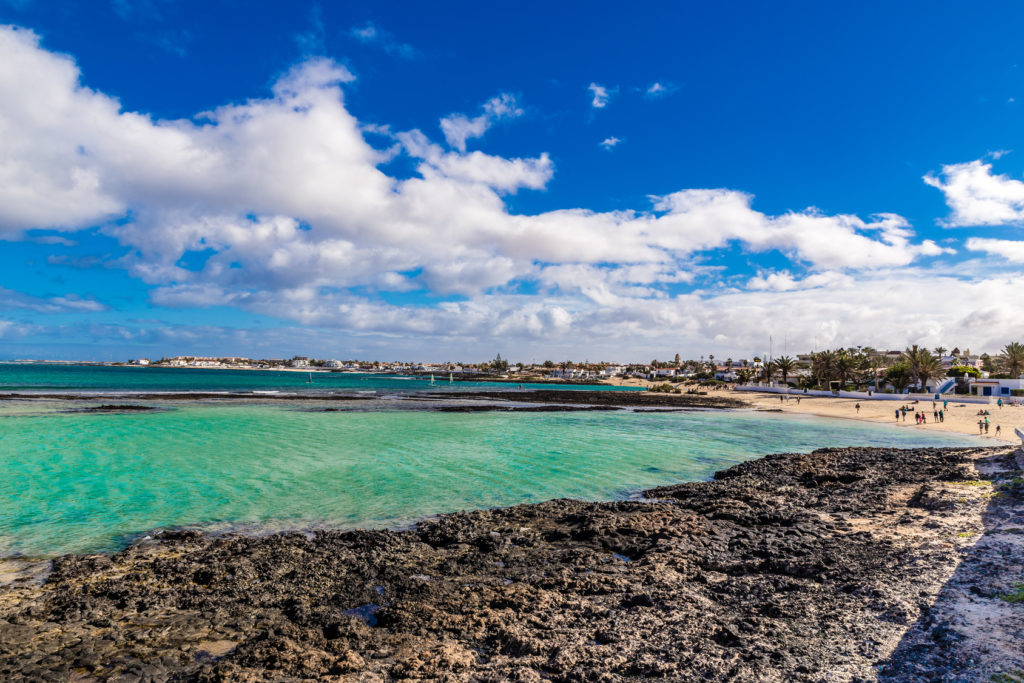 Beachgoers don’t need to travel this far for a dip as there’s a perfectly fine city beach at Playa Chica just a short walk south of the port. Otherwise you can hop in a taxi and go about 3km south to the much larger Playa Blanca. Be warned, however, when visiting the beach in Fuerteventura that the island hosts the windsurf and kiteboard world championships for a reason … when visiting the beach you might find yourself getting sand-blasted by strong winds rather than having the chance to relax peacefully in the sun for a few hours.

One Night in Fuerteventura

If you happen to be in port overnight the main cultural attraction is the Palacio de Formación y Congresos (Calle Eliseo Gomez Ordoñez, 3), a congress centre which has hosted some fairly major events. If there isn’t a performance during your visit you’ll probably be spending your evening at a restaurant in Puerto de Rosario where you can savour some typical Canarian dishes. Highly regarded is La Jaira de Demian (Calle Cruz 26) which is well-known for its creative use of local ingredients. Otherwise you might like to try El Bounty del Muelle (Calle Teofilo Martinez Escobar 6) which earns rave reviews for its fish dishes. 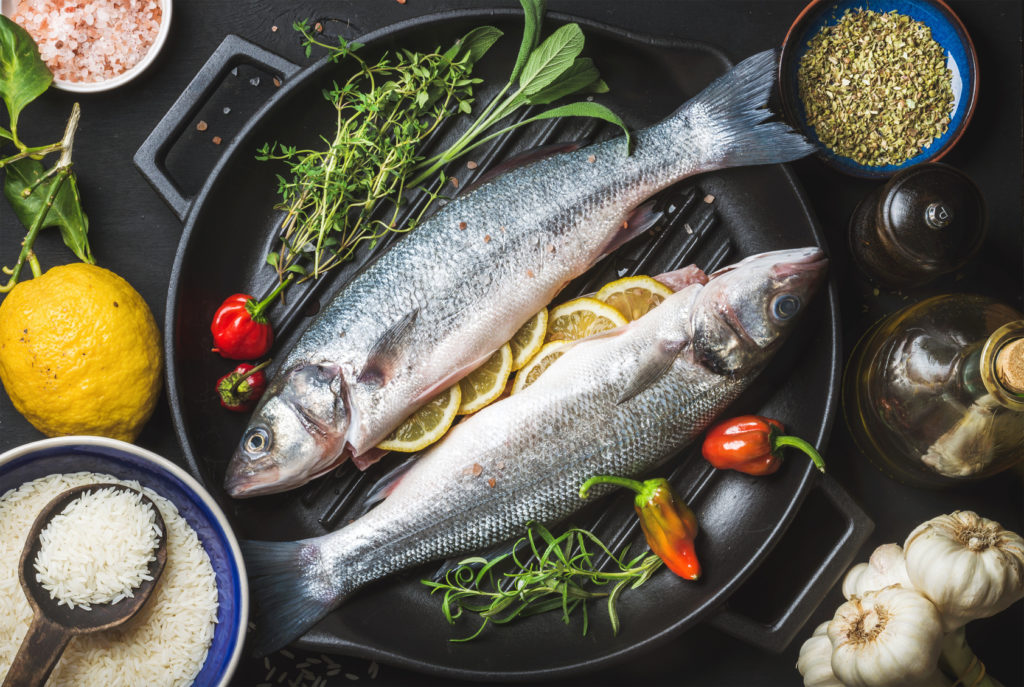