Valencia is a stunning port city on Spain’s sunny coastline which is perfect for a romantic cultural getaway. Founded in Roman times, it boasts architecture from across the ages, including a thirteenth-century Cathedral and Medieval Serranos Towers. However, its modern buildings and contemporary attractions are unmissable features too. If you’ve only got 24 hours to explore the city, follow this guide to discover the best of Valencia’s modern architecture. 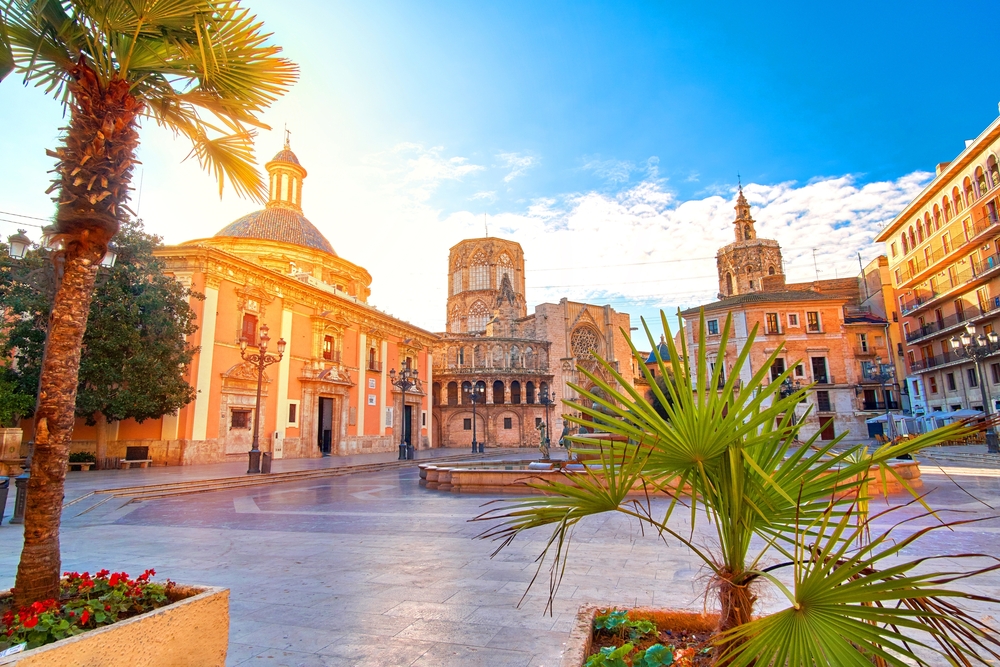 Start with a Trip to Mercado Central

Begin your day with an excursion to Valencia’s famous indoor food market. Erected in the late 1920s, the building’s outer structure is a charming combination of iron and glass that is decked in shining ceramic tiles. If you’re a bit like me and have a weak spot for lovely stained-glass windows, this market won’t disappoint. Its interior is filled with bright and colourful reflections from the windows that illuminate the endless stalls of fresh produce. Admire this gorgeous twentieth-century edifice while you savour the vendors’ different breads, cheeses, fruit, vegetables and nuts. 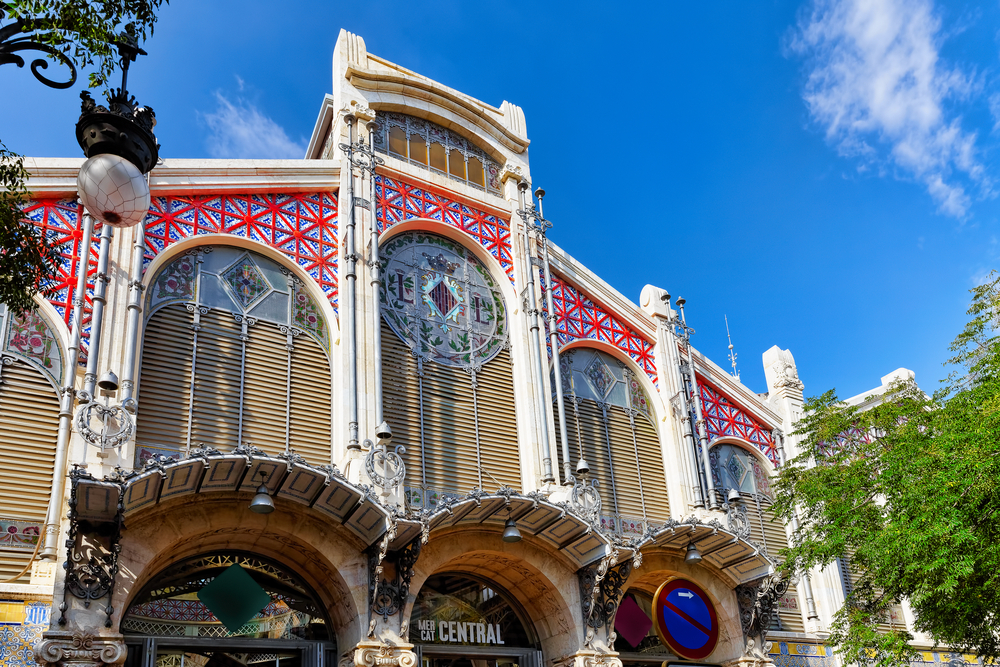 Follow Up with a Visit to Mercado de Colón

Insider tip: This market is the perfect place to enjoy a light and creamy Horchata beverage, a local speciality.

Officially recognised as a cultural heritage site since the late 1980s, Valencia’s main railway station is a celebration of Valencian Art Nouveau. It is often referred to as the city’s modernist jewel as its front façade depicts traditional local artefacts, including typical houses, traditional dress and the Albufera lake. Best of all, it’s only a 10-minute walk away from Mercado de Colón. 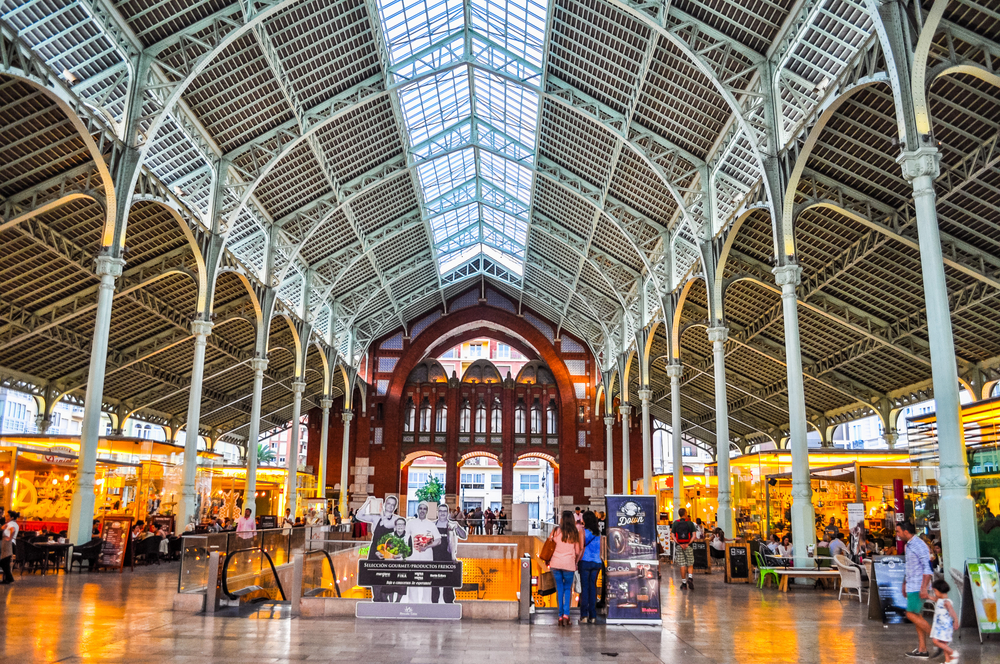 You’ll need to venture a little further out this time, but it will be worth it. Though a half-hour walk from the train station, this opera house shouldn’t be missed. In fact, nothing says Valencian culture more than this remarkable building. Hosting world-class dance, theatre, opera and music performances, its architecture is equally impressive. It was engineered by Valencian designer Santiago Calatrava. Rising 70 metres above ground, it is an imposing building with a spectacular metallic curved-roof under which four performance auditoriums are nestled.

Don’t Miss the Ingenious City of Arts and Sciences

Located just 5 minutes from the opera house, this cultural hub brings together a fascinating oceanographic park, an interesting planetarium, a thrilling science museum and the fantastic Palace of the Arts. Often described as a modern masterpiece, the architectural design of each of these building is a pure stroke of genius. The futuristic complex boasts an eye-shaped Hemisferic building and the Prince Felipe Museum of Science, the exterior of which resembles a whale skeleton.

Also known as Port America’s Cup, this cultural structure was designed as a tribute to ocean racing. It is located in the new urban marina, just 3.3 kilometres from Santiago Calatrava’s City of Arts and Sciences. The building’s infrastructure and sharp edges create a dramatic effect of light and shade within the four floors. With no exterior walls, the building consists of large windows that gives visitors a panoramic view of the waterfront. 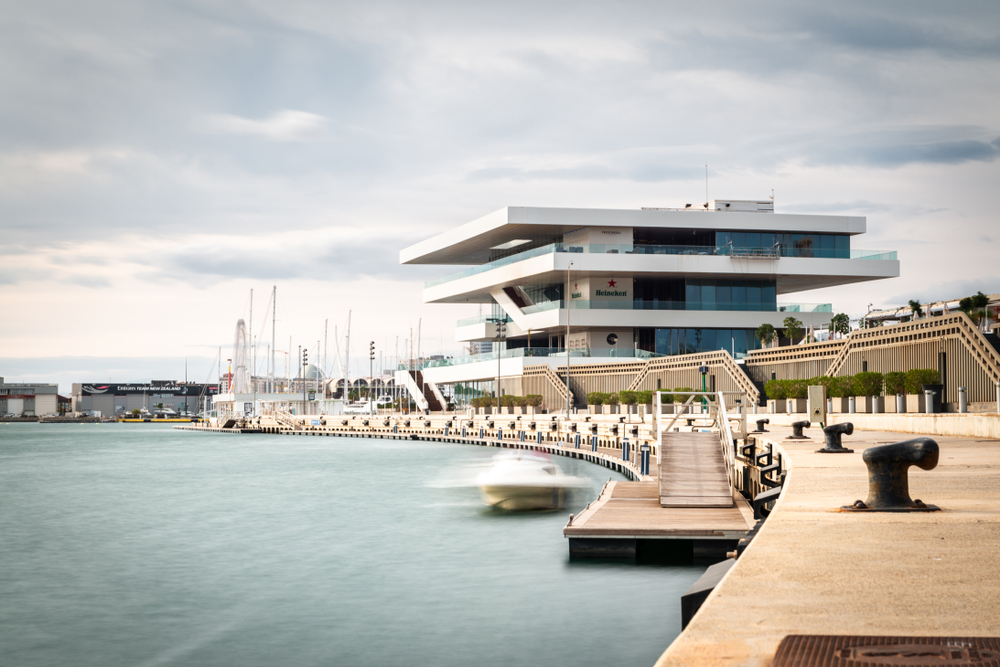 There are two ways of getting to Valencia. You can either fly into Alicante Airport  or into Valencia Airport. The flight time to both airports is more or less the same; 2 hours 15 mins and 2 hours 30 mins respectively. British Airways, Ryanair and easyJet all offer direct flights from London.

Regardless of which airport you decide to fly into, the easiest way of completing your journey is to book an airport transfer with Shuttle Direct. No one wants to be messing about with complicated public transport systems in an unknown city. It’s much simpler to order a private and premium transfer with a friendly driver to pick you up outside the terminal building. It’ll be a quick 30-minute drive from Valencia airport or a slightly longer two-hour trip from Alicante.

Where to Stay in Valencia

Vincci Lys: Located in the heart of Valencia’s old town, this hotel provides direct access to the city’s many cultural attractions, as well as an array of shops and restaurants. It also boasts large and luxurious rooms with a classical-style décor. Each room is fitted with a television, free WiFi and a minibar, while the bathroom is equipped with a hairdryer and free toiletries. A mouth-watering buffet breakfast is served daily in the charming dining room.

Shuttle Direct is one of Europe and North Africa’s leading transport providers. As a company that always puts the comfort and convenience of its customers first, they offer shared, group and private transfers that suit your budget and can be booked in advance. You can make all your travel arrangements before your journey via their easy-to-use website. A local and trustworthy driver will meet you outside the airport, assist you with your luggage and drive you to your luxury Spanish hotel. All you need to do is sit back, relax and admire the gorgeous Valencian coastline.