While it’s simply one of the medieval proverbs that have made their way into our modern vernacular, when you arrive in Italy it’s actually quite easy to believe that all roads really do lead to Rome – and if they don’t, they should! History has painted from a palette of three millennia of glorious art and culture to create a masterpiece of magnificent proportions. It’s no wonder that Italy’s capital is one of the hottest of Europe’s tourism hotspots.

However, in the stampede to tick off the classics like the Pantheon, the Coliseum, the Trevi Fountain, the Sistine Chapel, e così via, e così via, e così via (and there’s your first Italian language lesson!), it’s important to remember that inspiration can be found everywhere in bella Roma – especially ever-so-slightly off the beaten track. Even on the 45-minute shuttle transfer from Fiumicino Airport to Rome there are countless sites of interest that most visitors don’t get to see.

Don’t be most visitors. Ask your driver for some local tips and you might just be surprised at how many “other” roads lead to the historical heart Rome… 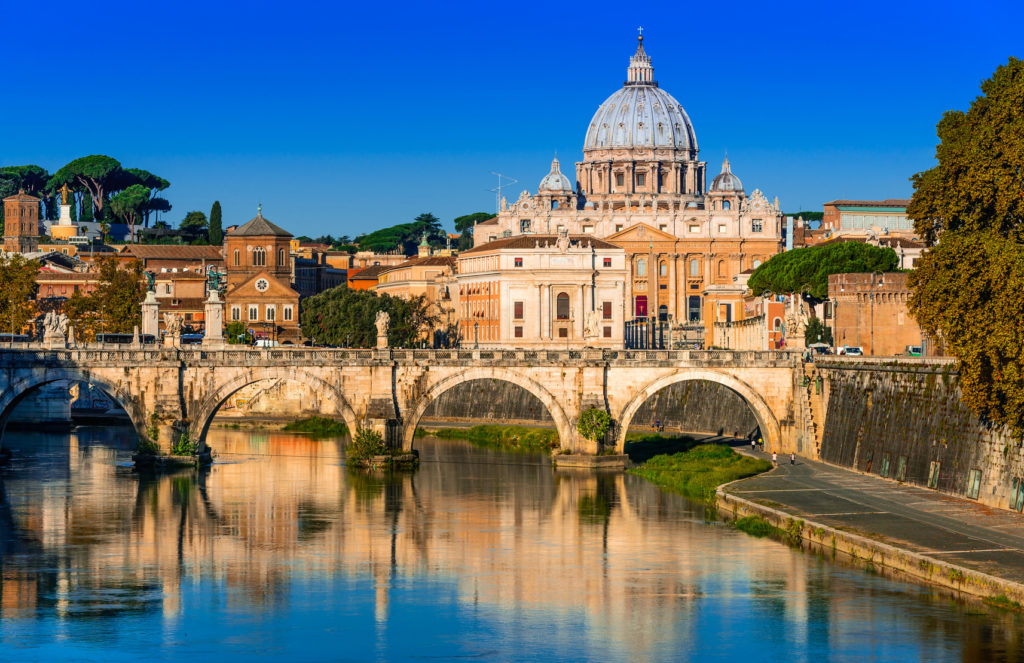 1. Passeggiata Along the Tiber

It doesn’t take more than, oh, a few hours in Italy to fall under the spell of the passeggiata –the daily art of a slow, gentle stroll around the neighbourhood streets and piazzas. While it’s traditionally an evening ritual, for tourists in Rome the passeggiata can be taken at any time of the day. And where better to wander and soak up the centuries of history than along the banks of the enigmatic Tiber River?

Wherever you join the path along the river, you can be assured that in some way it is inextricably entwined with the history of the city – whether through myth or hard facts. For example, the part between the centre of the city and Isola Tiberina relates to the legend of Rome’s founding, where the brothers Romulus (the city’s namesake) and Remus were abandoned and raised by a wolf. You can start anywhere around Pont Sant Angelo (where many sightseeing cruises leave) and wander along the banks to Pont del Risorgimento and alongside the beautiful Borghese Gardens. Despite the melee of the city being just a short distance away, you’ll feel immersed in a vacuum of tranquillity.

If you’re looking for some cool, verdant respite, Rome’s green spaces won’t disappoint. They retain a certain separate-ness from the city, and getting away from it all to spend a few hours in nature does wonders for flagging energy.

The 95,150m² Parco del Tourismo is hidden in plain sight, offering a lush escape within easy access of public transport. Designed in the shape of a leaf, the park is filled with decorative plantings, set amongst countless giant conifers to create a measured but not manicured design. There are paved walkways and avenues along which you can stroll at your own pace, to take in the garden’s bas-relief sculptures (by artists including Bellini) that intersperse the greenery. One of the most notable works is the fountain by Ercole Drei, which depicts a beautiful bucolic scene of life in the fields.

From Parco del Tourismo you can step over Via Romolo Murri and into Parco del Ninfeo, to walk through the lovely displays of flowering shrubs and conifers. It’s impossible to get lost on the well-kept walkways, but it’s certainly fun to try. Everywhere you turn there are secret undergrowth plantings and flashes of floral blooms. Taking its cue from the city, all roads lead to its beautiful namesake, the fountain of the Nymphaeum.

The reopened and rejuvenated Luneur Theme Park sees Italy’s oldest amusement park back in business. While it’s officially geared towards children under the age of 13, that extends to the “inner-child” of any age. It’s worth a visit not just for the fun but also for posterity – well, at least that’s what you can tell yourself.

When it opened in 1953 as part of the Agricultural Fair, its popularity with locals saw it evolve into a permanent fixture for nearly five decades. Along with a themed coal-mining ride and an impressive carousel, the original fixtures also included some replica T-Rex skeletons. The park was abandoned in 2008 due to financial problems, but it reopened in 2016 with a host of modern amenities and new attractions, which include a Wizard of Oz-themed maze and children’s nature trails. Even if you’re not into theme parks, Luneur is worth a visit for the colourful cartoon-like photographic opportunities.

This basilica is probably the most significant religious building you’ve never heard of. Many people are surprised to learn that Basilica di San Giovanni is the official seat of the Bishop of Rome – aka the Pope. While il Papa resides over the other side of town in the Vatican City, his papal throne lives here and can be seen along with the cedar table at the Altar of the Holy Sacrament, which is said to be that used in Christ’s last supper, and six papal tombs.

For a religious site of such importance it is surprisingly low-key (and free to enter). While perhaps not as impressive architecturally as St Peter’s, it is in fact the oldest of the city’s basilicas, dating back to the fourth century, and ranks above all others in the Roman Catholic Church. 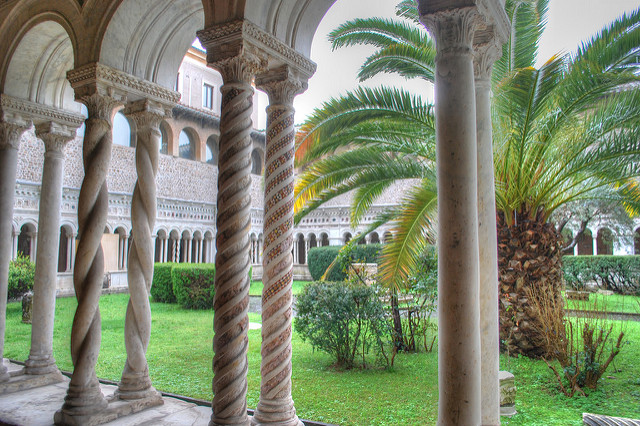 Basilica di San Giovanni in Laterano by Hilverd Reker is licensed under CC BY 2.0.

Just across from San Giovanni in Laterano are the Scala Sancta (Holy Stairs), which Jesus is said to have climbed on the way to his trial before Pontius Pilate. The 28 stairs represent a major Christian pilgrimage site, but even if you have no religious inclination they are an important and beautiful place to visit. The stairs can only be climbed in a kneeling position and the act is seen as one of holy devotion, although there is a parallel set of stairs that can be used if your knees aren’t up to the job.

Your transfer journey from Fiumicino Airport to Rome is the perfect time to discover some of the city’s lesser-known cultural and historical gems. Keep your eyes peeled along the route and ask your friendly driver for his or her best local tips. Buona fortunata! 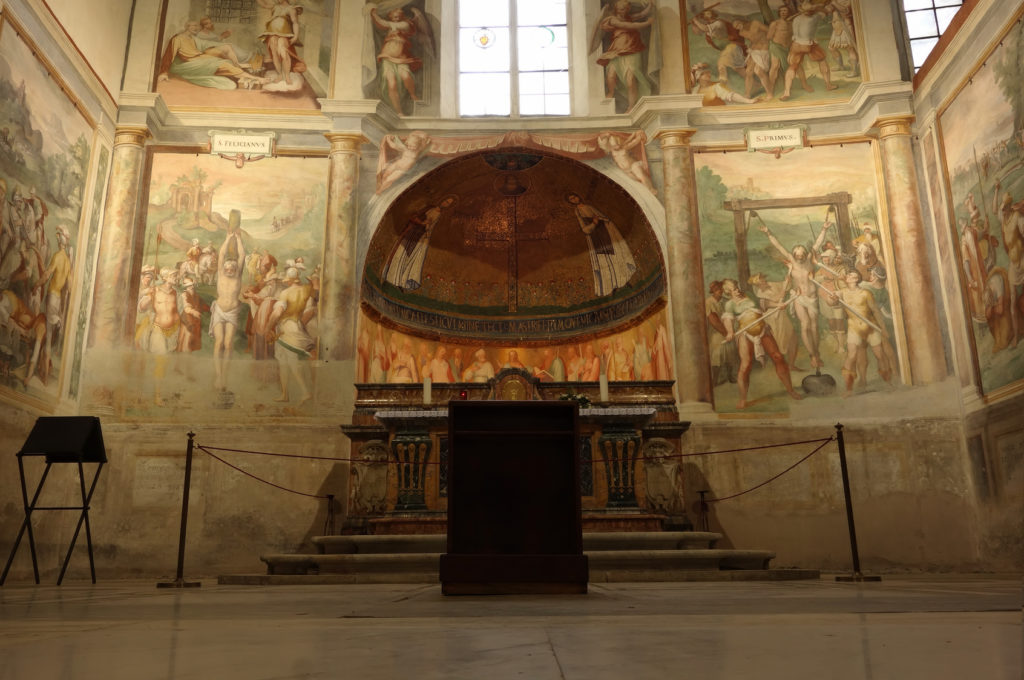 If you’re looking for the fastest, most convenient transfer from Fiumicino Airport to Rome, Shuttle Direct is the answer. As the most respected provider of airport transport in Europe and North Africa, whether you need a private ride or an economical shared one, we’ll get you to where you need to go in bella Roma.

This route guide has been compiled as an aid to visiting the region. Your airport transfer service from Fiumicino Airport to Rome does not include stops to these destinations.