The Latvian capital, Riga, was occupied by Soviet and Nazi forces during World War Two before its re-occupation by the Soviets which lasted from 1944 until 1991 when the country finally achieved independence. Since then the country has experienced a remarkable transformation which has seen a beautiful East European capital emerge from those dark days. Today Riga is a popular short-break destination with a thriving business community which has become a regular port of call for most Baltic cruises.

The port of Riga is very convenient for visitors arriving on cruise ships as it’s only about 600 metres from the Old Town. There’s nothing of any interest at the port itself but you can easily walk to the main tourist area in about 10-minutes. Turn right as you walk out of the port area then simply follow the river until you reach the historic centre. There are also trams running from the ferry terminal to the Old Town (two stops), just pay the conductor when you get on. If you want to head straight for the city’s celebrated Art Nouveau area then you might prefer to hop in a taxi as it’s a little further away.

If you’re joining or leaving your ship in Riga then you’ll most likely be travelling through the city’s international airport which lies 10km west of the city. Transport to and from the airport is readily available by means of a 20 minute taxi ride or on the Airport Bus service which connects the airport and the Old Town every 15 minutes with a journey time of around 30 minutes. Alternatively, you can pre-book a private transfer with Shuttledirect in either direction.

The Old Town of Riga is a UNESCO World Heritage Site thanks largely to its Art Nouveau architecture which was paramount in the city being selected as the European Capital of Culture in 2014. Walking through the cobbled streets of the historic centre is like stepping back in time as you discover beautiful old squares which have been fully restored since the devastation of the Second World War and the Soviet era. Today you’ll find a lively district thriving with delightful cafes and restaurants where you can stop off for a coffee and snack in the company of locals and fellow travellers.

Here are some of the city’s top sights:

Old Town: The highlight of your visit to Riga will be the time you spend wandering the streets of the Old Town. The whole area is packed with beautiful buildings and offers a good selection of small cafes where you can take a break and simply enjoy the atmosphere of this charming city.

Town Hall Square: Dating back to 1334, this is the centrepiece of the Old Town which houses some of Riga’s most iconic buildings.

Insider Tip: The Euro is the currency of Latvia. You’ll find plenty ATM’s all over the city.

Alberta Iela: Albert Street (in English) is the top place to go if you want to see the best of Riga’s Art Nouveau architecture.

House of the Blackheads: Located in the Old Town this is probably the most famous of Riga’s historic buildings which was originally built in the 14th century. The original building was destroyed during the Second World War and has since been reconstructed. 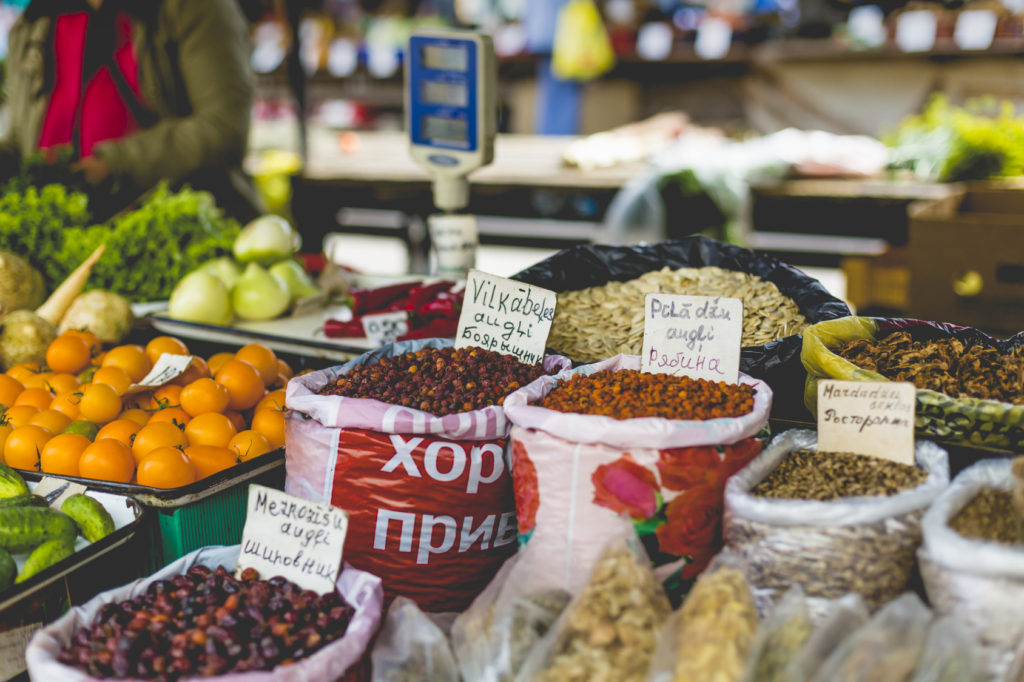 Fruits and Vegetables at City Market in Riga

Riga Central Market: This modern structure has been constructed in what were German Zeppelin hangars during the First World War. The market houses thousands of trade stands and many food stalls where you can order a light lunch.

Insider Tip: For a cheap and cheerful lunch in a cellar bar near Riga Castle head for Vecmeita Ar Kaki (Maza Pils 1) where you can try some traditional Latvian dishes.

St. Peters’s Church Tower: If you’re in town on a clear day you should head to St. Peter’s for panoramic views across the rooftops of historic Riga. You have to climb some steps before reaching the lift which takes you up to the viewing platform.

Museum of the Occupation of Latvia: If you’re interested in the modern history of Latvia then this museum is a must-see. Its purpose is to show what happened to the country between 1940 and 1991 when it was occupied by Nazi Germany and then the Soviet Union.

Getting Around in Riga

Most of the Old Town is pedestrianised so you have no alternative other than to walk around. This isn’t a problem for the vast majority of visitors as distances are really small. Be sure to wear comfortable walking shoes as you’ll be on cobbled streets a lot of the time. If you want to go a little further afield, such as to the Art Nouveau district, there are taxis available as well as an efficient bus and tram network covering the whole city. 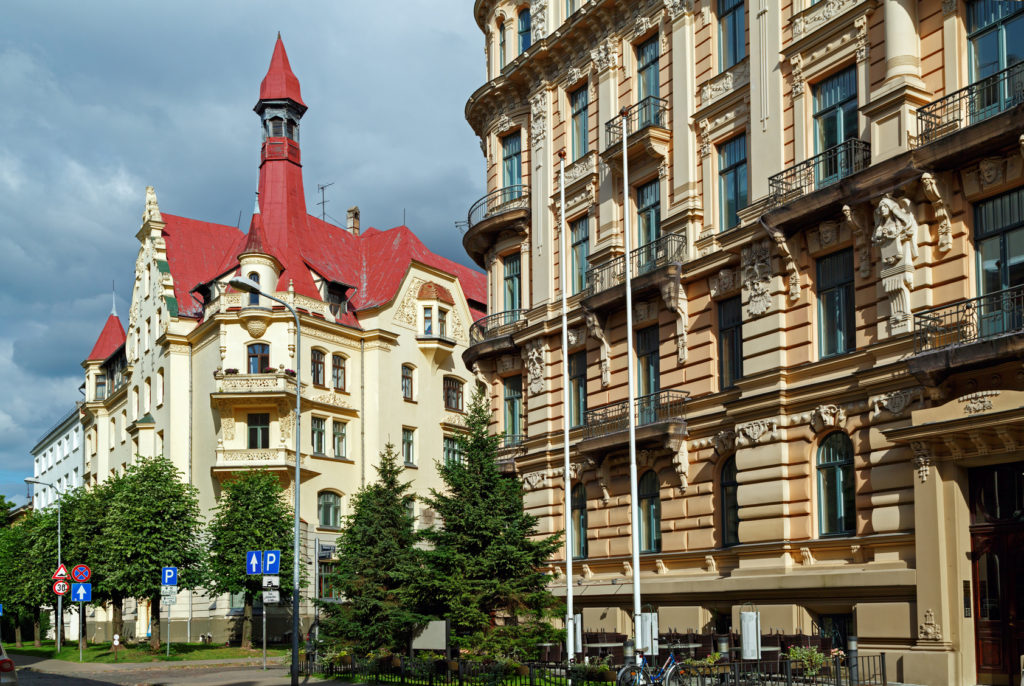 Insider Tip: Whilst Latvian is the official language of the country you’ll find that the level of English is very good especially amongst the young people. English has now replaced Russian as the second language in the country’s schools.

Riga’s nightlife has had some fairly unpleasant press over the years as groups of young people have swarmed on the city for weekend bachelor parties in the city’s bars and clubs. The worst of the bad behaviour has been cleaned up by the authorities and you needn’t fear that it will affect you during your time in port.

You’ll find plenty nice bars and restaurants scattered all over the Old Town including some exceptional venues such as Vincents (Elizabetes iela 19) where one of the country’s top chefs prepares exquisite European/Japanese fusion dishes. For the highest quality of Latvian inspired cuisine in Old Riga pay a visit to Milda (Dzirnavu 113).

For a highly recommended cultural experience you might have the opportunity to visit the Latvian National Opera. Be sure to check out their calendar of events and book your tickets before travelling. 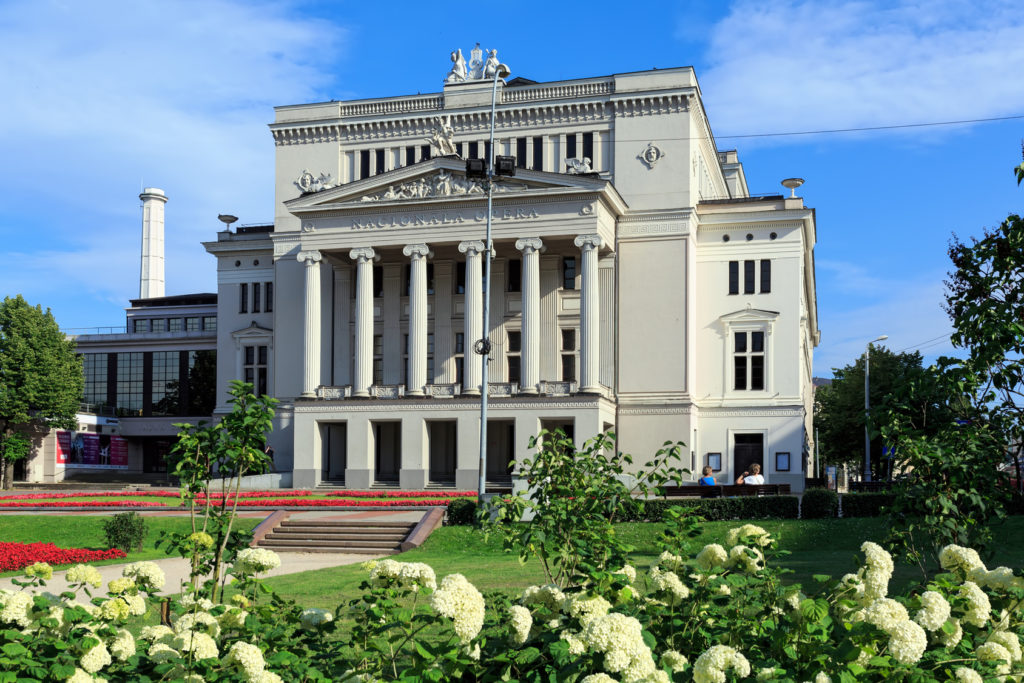