The relatively unknown fishing village of Saint-Tropez on the French Rivera shot to fame in 1956 when the movie “And God Created Woman” starring Brigitte Bardot was filmed there. The French actress took a liking to the area and settled locally which created Saint-Tropez’s reputation as a playground for the rich and famous. This reputation survives to this day as can be seen by the number of multi-million dollar yachts anchored in the harbour during the summer months.

For cruise ship passengers dropping into town for the day it’s a delightful port of call where visitors can wander around the stylish boutiques of the old town and relax at any number of stylish terrace cafés.

At the Port of Saint-Tropez there are two marinas which cater mainly for privately owned leisure vessels including some of the world’s most expensive yachts. There are no facilities for cruise ships which must dock offshore and tender their passengers into either the old or the new ports which stand right next to one another. The tender pier is in the heart of town in close proximity to the charming old town.

Passengers and crew who are heading for Saint-Tropez to meet up with cruise ships or private yachts will most likely fly into Nice Côte d’Azur Airport which lies 120km north-east of the port. If money’s no object then there are helicopter transfers which take just 20 minutes to get there. At the other extreme there are very slow bus services which operate via St Raphaël where passengers can change bus or travel to Saint-Tropez by boat from the port.

The most realistic option is to take a private transfer from Nice Airport to Saint-Tropez with Shuttledirect. Their drivers will transport you directly to ships in the port or to any hotels in the area.

Some passengers may find that there are convenient flights to Toulon–Hyères Airport which lies just 60km south-west of Saint-Tropez. Whilst infrequent bus services from the airport are available there are companies offering private transfers which deliver passengers to Saint-Tropez in around one hour during light traffic. 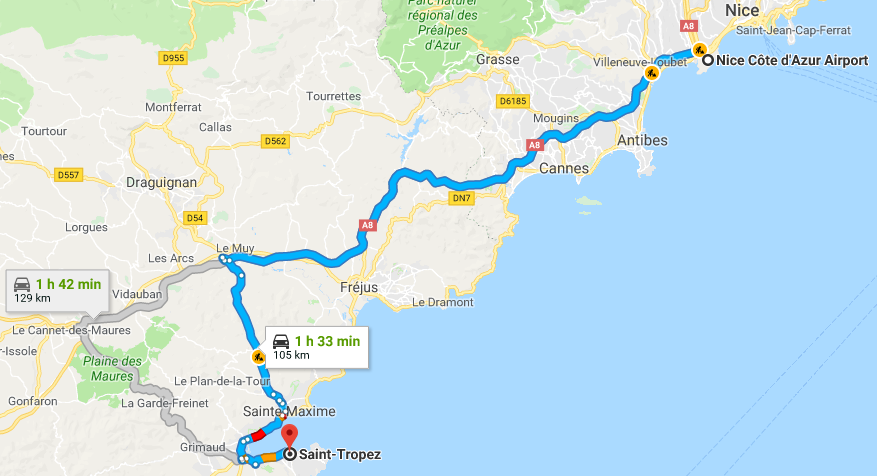 Getting Around in Saint-Tropez

The town’s main attractions are easily accessible on foot although taxis are available for anyone wanting a ride up to the Citadel or to the beaches around Plage de Pampelonne. Public buses are available for visitors who want to get out of town and visit the likes of Port-Grimaud or Fréjus but traffic congestion is an eternal problem during peak holiday season. Short boat excursions from the harbour are an interesting way to learn about the local area whilst water taxis called ‘Bateaux Verts’ run along the coast to various small ports including Port-Grimaud and Sainte-Maxime.

Saint Tropez isn’t a town filled with ‘must-see’ attractions but rather an iconic destination of the French Riviera which has long been favoured by the rich and famous. Visitors can leisurely wander around its harbour admiring the super-yachts which are moored here then enjoy the sophisticated atmosphere of the old town which surrounds the port. 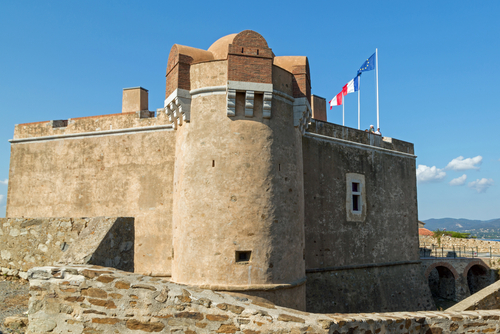 Standing on a hill to the east of the harbour is the Citadelle which is accessible on foot. This 17th century fortress is now home to a Maritime History Museum (1 Montée de la Citadelle) which informs visitors of the history of Saint Tropez and its port. Views from the top are quite spectacular.

Just south of the Tourist Information Office (8 Quai Jean Jaurès) in the old town is a warren of charming streets filled with designer boutiques, attractive cafés and upmarket shops selling leather products, perfume and jewellery. More popular with the locals is Place des Lices Market which is one of the region’s best markets selling a wide variety of fresh food items as well as clothes and fake handbags that you won’t find in the neighbouring streets where the authentic versions are on sale at eye-watering prices.

One of the town’s most visited attractions is Le Musée de l’Annonciade (2 Rue de l’Annonciade) which houses an impressive selection of paintings by French artists in a 15th century chapel. The Gendarmerie Nationale (2 Place Blanqui) is also worth a visit. This museum is dedicated to French cinema in the area and more specifically to the iconic Gendarmerie films starring Louis de Funès. 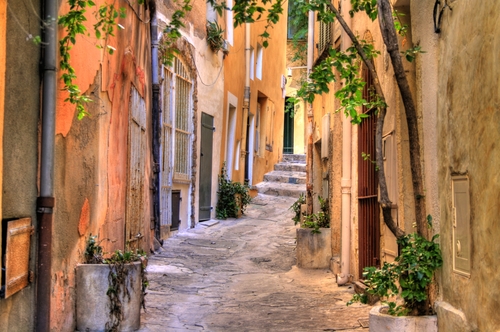 Passengers wanting to visit the beach during their day in port can walk 1.5km south-west from the port to Plage de la Bouillabaisse. This is a nice spot for lunch at one of the local restaurants where you can try a typical Provençal fish with the same name as the beach (‘Bouillabaisse’). Some 6km south of town is Plage de Pampelonne which is where the ‘beautiful people’ hang out at private beach clubs. You can get there by taxi or on shuttle buses from Place des Lices. This is a great place for lunch with some excellent restaurants overlooking the beaches but make sure you leave plenty time to get back to your ship during the summer months as the traffic congestion is severe.

Few visitors to Saint-Tropez arriving on cruise ships for the day choose to travel far afield once in port. The nearest place of interest beyond the town limits and the local beaches is the man-made Port-Grimaud which lies just 7km to the west. Its main attraction is the Venice-like canal network which tourists can explore on rental boats. There are public buses from Saint-Tropez to Port-Grimaud but the ‘Bateaux Verts’ water shuttles offer a more pleasant journey which avoids the congested roads between the towns.

Further north is the Roman city of Fréjus which lies 36km from the tender port. Its main sights include an amphitheatre, theatre and aqueduct from the Roman era together with its historic cathedral which is listed as a ‘monument historique’. There are buses (number 7601) between the towns but these take 1.5 hours each way and can experience serious delays during the holiday season. Alternatively, you can travel by ferry to Saint-Raphael (one hour each way) then take a taxi into Fréjus. 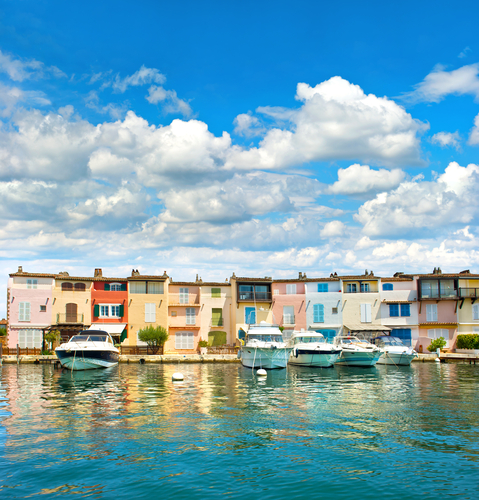