Located on the west coast of Sicily, the ancient port of Trapani was founded by the Elymians before a succession of other civilizations arrived including the Phoenicians, Romans, Byzantines and Normans. Today this charming port city is home to a plethora of historic buildings together with an impressive choice of attractive terrace cafés and restaurants. Overlooking Trapani from the north-east is the medieval town of Erice which is one of the region’s main tourist attractions along with the ancient Greek town of Segesta and the Egadi Islands which lie just a short journey offshore from the port.

The Port of Trapani mainly caters for smaller vessels which dock right in the town centre within easy walking distance of the main tourist attractions. Some larger ships anchor offshore and tender passengers to the Old Town. For passengers who prefer not to walk there’s a small tourist train which offers a short tour around some of the main sights. Taxis and buses depart from the edge of the port providing visitors with a swift way to get to the cable car which climbs up to Erice.

Any passengers who are meeting cruise ships in Trapani will most likely be flying into Sicily from abroad. Trapani Airport lies just 16km south of the port but only attracts a limited number of flights from the mainland together with some seasonal services from the Netherlands and Germany. More convenient for the majority of visitors is Palermo Airport which lies 86km to the north-east by road.

Most of Trapani’s major attractions are found in the Old Town which stands on a small peninsula just north of the port. Wandering around this historic centre is like visiting a living museum dedicated to the many peoples who have settled here. Highlights of the religious buildings which line the streets of the Old Town include the Basilica-Sanctuary of Madonna Di Trapani (Via Pepoli Agostino Conte, 178) together with the Cathedral of San Lorenzo. Both structures date back to the 14th century although later renovations have taken place. 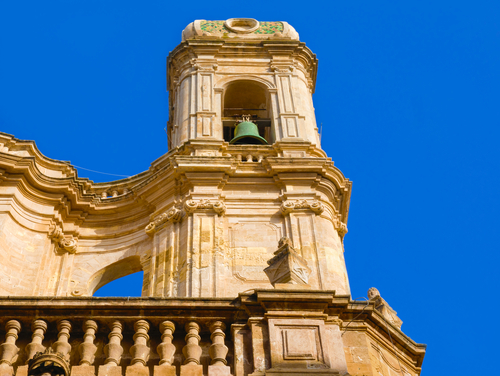 Other main sights to look out for are the beautiful Palazzo della Giudecca (Via Giudecca) and the Fontana di Saturno (Piazza Saturno) together with a number of historic attractions located on Corso Vittorio Emanuele.

Insider Tip: A popular place to grab a tasty sandwich for lunch is at Casimiro (Corso Italia 57/59) in the heart of the Old Town. For a more formal dining experience, Caupona Taverna di Sicilia (Piazza Purgatorio) is highly recommended. Diners can enjoy excellent Sicilian cuisine washed down with a glass or two of local Marsala wine.

On the western tip of the peninsula is the Torre de Ligny which is a watchtower built by the Spanish in the 17th century. Today it houses the Museo di Preistoria e del Mare which displays prehistoric artefacts discovered in the region as well as items recovered from the seabed which date back as far as the ancient Greeks. Visitors can stand on the roof of the watchtower to get spectacular sea views over the Gulf of Trapani and towards Mount Erice inland.

Visitors can enjoy a relaxing escape from the heat in the peaceful surroundings of Villa Margherita which is the city park. Alternatively, there are a number of beaches just north of the city. Lido Paradiso lies just 2km north of the port and is a good place for a swim followed by lunch at one of its beach bars. A further 2.5km along the coast is Lido San Giuliano. This is Trapani’s main beach which is best accessed by taxi from the Old Town. 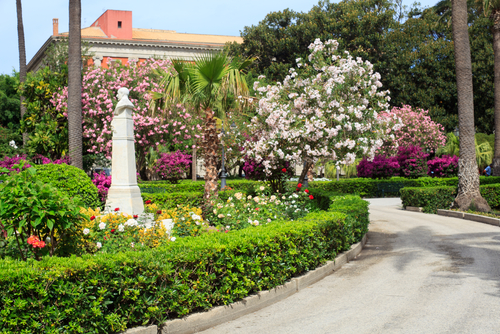 For most cruise ship passengers, the main attraction outside Trapani is the hilltop town of Erice which lies 9km to the north-east. Originally built as an impregnable fortress by the ancient Elymians, the town has been ruled by all the civilizations which have settled in western Sicily over the centuries including Phoenicians, Carthaginians, Romans, Arabs and Normans. The main sights still standing amongst the town’s cobbled streets are the Saracen Pepoli Castle and Venus Castle which was built under Norman rule.

Most cruise ships offer excursions to Erice which depart by bus from the port and drop off passengers in the town. It’s easy enough to get to independently by means of a cable car which departs from the Funivia Trapani-Erice. This cableway station lies just 5km from the port and is accessible by means of taxi or local bus. Another convenient option is to take the tourist bus from the port which drops passengers at the cableway station. This service includes a ticket for the cable car ride but the return journey is at a fixed time. From Erice, visitors are treated to spectacular views over Trapani with the Egadi Islands in the distance. 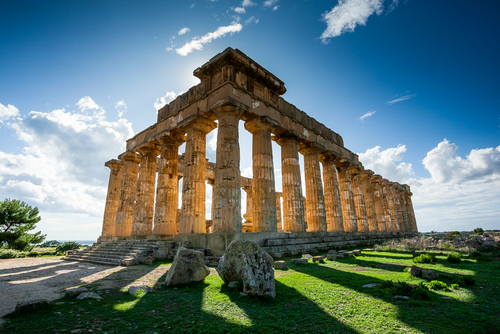 Further afield but well worth the effort to get to are two archaeological sites which are home to some impressive ancient Greek ruins. The first of these is Selinunte which lies some 80km to the south-east of Trapani by road. Its chief attraction is a large temple dedicated to Apollo. Tours are available from Trapani otherwise visitors can take a local train to Castelvetrano then a bus to to Marinella di Selinunte which stops close to the entrance.

The other ancient Greek site is Segesta which lies just 35km east of Trapani by road. Founded by the indigenous Elimi people, the site was further developed by the Greeks. With its magnificent Doric temple taking centre stage this site is widely considered to be one of the best remaining examples of ancient Greek architecture. Whilst official excursions are usually available from cruise lines, visitors can also get there by bus or on a less reliable train service from Trapani.

Another interesting option if time permits is to take an excursion to the Egadi Islands which lie off the coast from Trapani. Frequent hydrofoil services for Favignana and Levanzo depart from the port with crossings taking about 20 minutes each way. Pre-booking of private excursions around the islands with local operators allow for a far more rewarding experience.