While it may be confusing to visitors that the enchanting medieval town of Alcúdia shares its name with one of northern Majorca’s largest and busiest resorts, this may actually be the secret to how this historic town has remained so unspoilt.

Set back from the coast, the town of Alcúdia has literally been hiding in plain sight. While tourist flock to the modern coastal resorts of Alcúdia and Puerto Alcúdia, the sleepy town after which they were both named has been left relatively untouched by tourism. As a result visitors willing to step off the tourist trail are given a rare glimpse of authentic Majorcan culture and history, long gone from the coastal resorts. 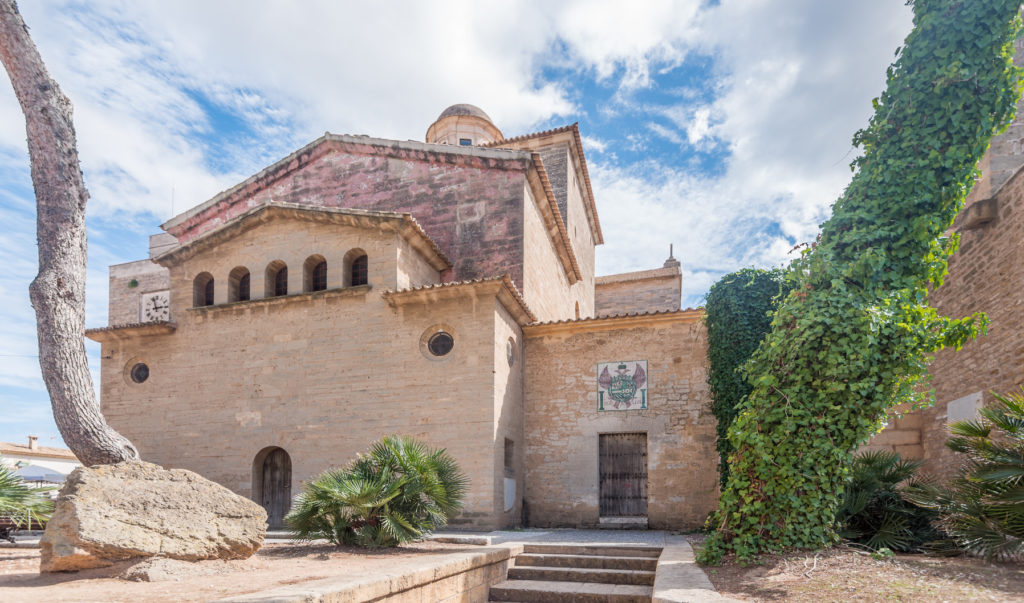 For those searching for a more genuine Majorca, winter is the perfect time to visit. The crowds of sun worshippers which flock to the Spanish beaches in the spring have yet to arrive, but the warm winter temperatures and hours of sunshine make it an ideal time for walking around historic sights, meandering through markets and soaking up the quieter winter atmosphere.

Explore the Past in Alcúdia

History is something Alcúdia has in bucket loads: from Roman ruins to the medieval ramparts that protect the old town, it is a history written in the town’s architecture and on its narrow winding streets.

Originally settled as far back as 2000 BC by pre-talayotic settlers, whose burial sites can still be seen at La Cova de l’Hort del Rectoria, the town then became home to the Phoenicians, the Greeks, the Romans, the Moors and finally the Spanish. 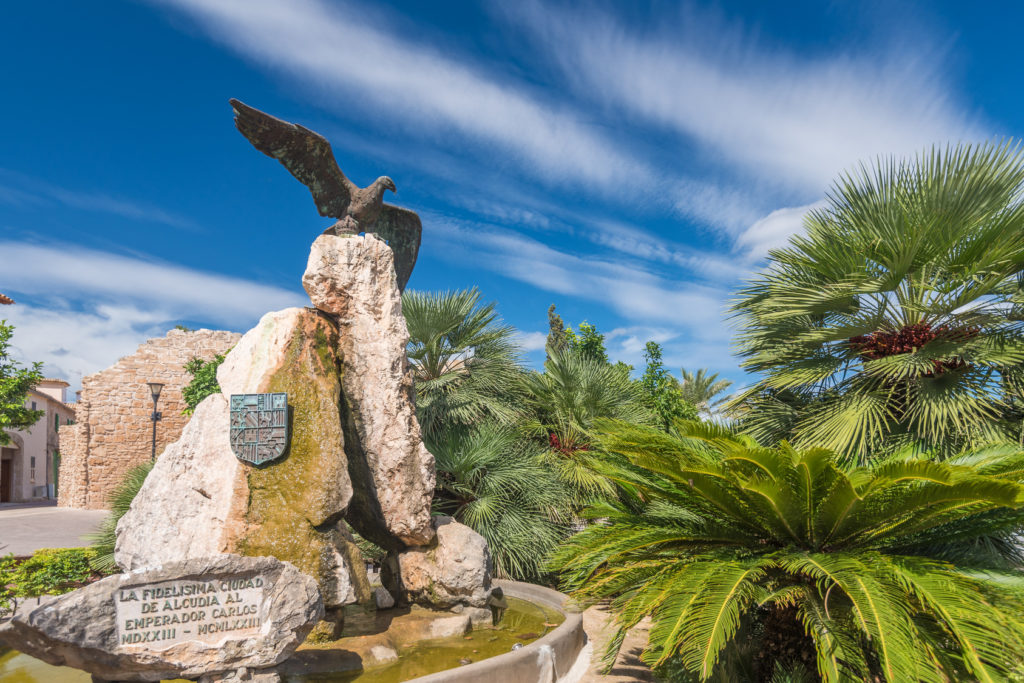 It was the Romans who were responsible for the town’s original design, including its sewer system, street structure and a large amphitheatre which remains on the outskirts of Alcúdia. Although it was desecrated after the Roman’s left it was then rebuilt by the Moors who named it Alkudia ‘town on the hill’.

The walls around the old town were added in the fourteenth century after the Spanish conquest, and the town gates, Porta de Moll, along with a range of other fourteenth-century architecture, still survive from this time. The local tourist office runs two-hour long guided tours of the historic quarter in a variety of languages, which are well worth checking out.

Make sure that you head just out of town to Pollentia, the most strategically important Roman city in the Balearics in the second century. Set between the bays of Pollensa and Alcúdia, the city covered an impressive 15-20 hectares, much of which is still being excavated today. Visitors can wander around the Roman theatre, forum and the ancient city’s residential district. If all this peaks your interest then head to the Museo Monográfico de Pollentia in Alcúdia for an exhibition of artefacts uncovered at the site. 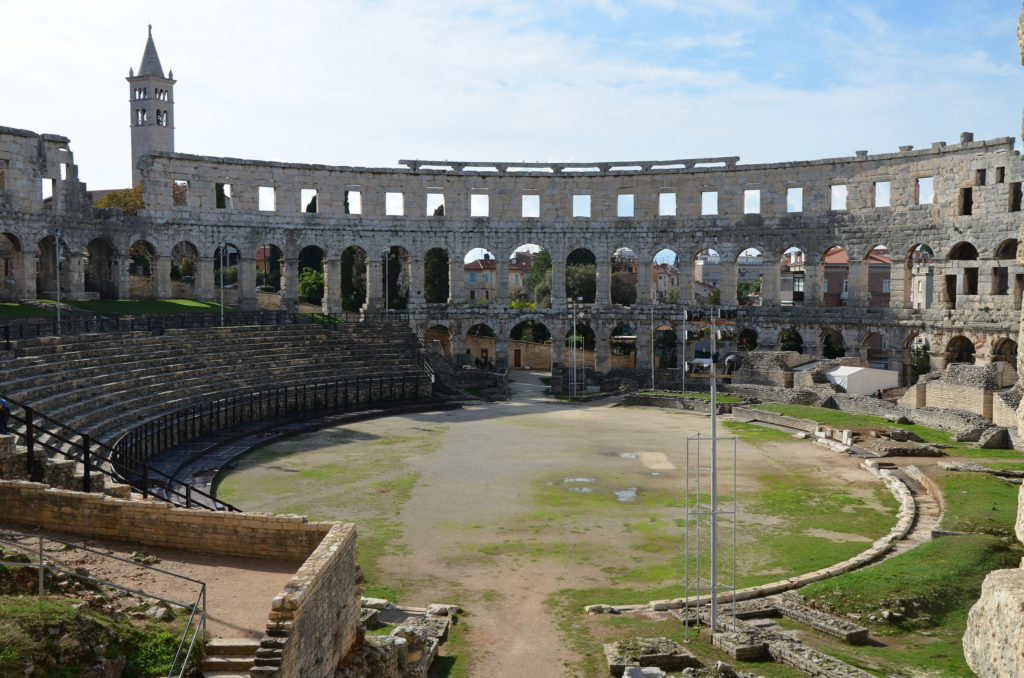 Walk Around the Town’s Medieval Walls

Attack by pirates was a very real risk in the thirteenth and fourteenth centuries, so King Jaume II commissioned a protective wall to run around the town. Finished in 1360, the 6-metre-high wall included 26 towers and a moat which still survives today. A walk around the city walls not only brings the town’s history to life but offers stunning views down towards the coast.

Exploration of the Old Town

Once you’ve ventured to the town’s key ‘sights’ the best way to explore Alcúdia is just to walk around its historic quarter. From the Moorish architecture and narrow streets of the Carrer d’en Serra; to the fourteenth-century Ca’n Torro Library and Church of Sant Jaume; to the elaborate sixteenth-century residences and façades of Can Castell, Can Fondo and Can Doménech, there is so much to see. 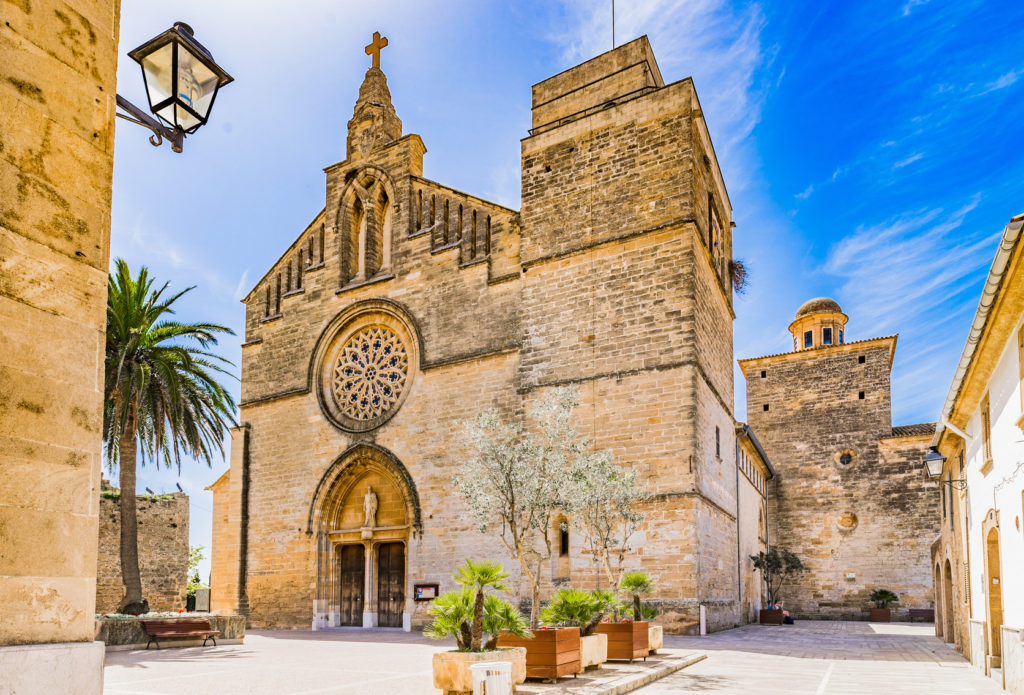 No visit to Alcúdia would be complete without a visit to its twice-weekly market which spreads out through the narrow streets of the old town every Tuesday and Sunday. Running from 8.00am to 1.00pm, the stalls offer a variety of traditional Majorcan wares from food (including delicious local delicacies) to local crafts, linens and leather, as well as the inevitable souvenirs.

Spend the morning at the market and then take time out at one of the sunny café terraces to just sit back and people watch as the local Majorcan’s doing their market shopping.

Eating out in Alcúdia 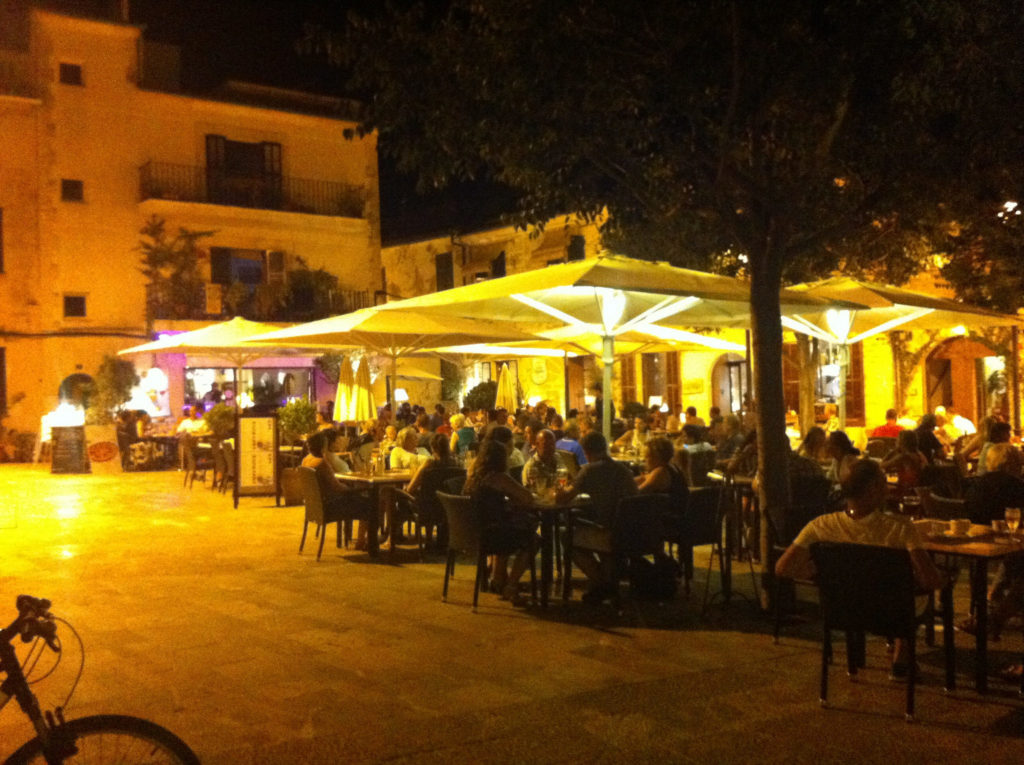 “Alcudia old town” by Per-Olof Forsberg licensed under CC BY 2.0

Unlike the neighbouring resorts, it is easy to sample some really good local cuisine in Alcúdia with a selection of restaurants serving fresh, local ingredients, suiting all budgets.

Go back in time at the Ca’n Costa, one of Alcúdia’s sixteenth-century manor houses, now an elegant restaurant serving authentic Majorcan cuisine. The historic charm is still evident in its stripped beams and beautiful oil paintings, and the food’s great too.

Another restaurant boasting excellent food complete with old-world charm is S’Arc, part of the Petit Hotel Ca’n Simó. If the weather’s warm ask to eat in the enchanting inner courtyard.

If the weather is a bit chilly stop off at the Mirador de la Victoria with its roaring log fire making the dining room a cosy, inviting place to try the local Majorcan dishes of almond soup and suckling pig.

How to Get to Alcúdia 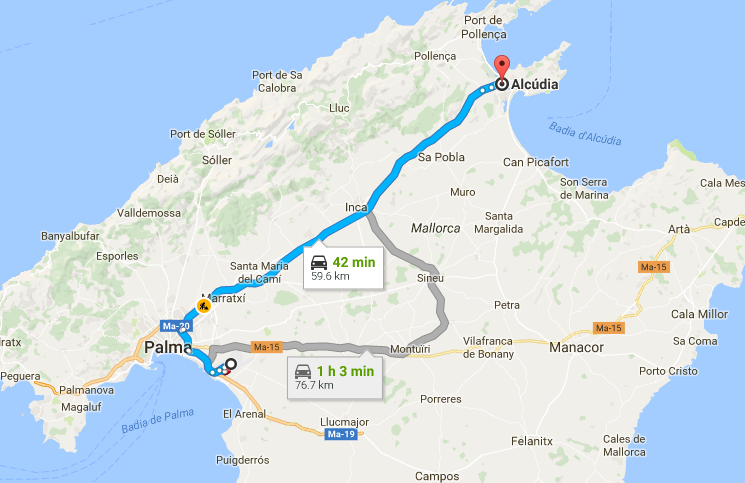 There are regular direct flights to Palma de Majorca airport from the UK with a choice of airlines including easyJet and Ryanair. The flight time is around two and a half hours. The most convenient way to get from the airport to Alcúdia is to book a Shuttle Direct transfer direct to your hotel before you set off. The journey time is around 40 minutes.

Can Mostatxins – Mixing historic architecture with contemporary elegance, the boutique hotel Can Mostatxins offers a stylish option close to the walled medieval town. Concierge service and a hot tub add to the indulgent feel of this charming hotel.

Hotel Can Simo – This former nineteenth-century manor house is now an elegant four-star hotel right in the heart of Alcúdia’s old town. Friendly service combined with elegant Majorcan style, not to mention an indoor pool and its own excellent restaurant, make this a great choice.

A leading provider of airport transfers across Europe and North Africa, Shuttle Direct offers an easy and convenient way to get to your hotel from airports across the region. Book in advance on the easy-to-use online booking system and a driver will be waiting to collect you when you touch down.