The Amalfi Coast and the area around Naples and Sorrento in Italy is a haven for archaeology-loving holidaymakers, who also yearn for stunning scenery, magnificent sea views and fabulous food and wine. With so much to see and experience in this widely diverse part of the country, you are going to want to be prepared with a list of highlights before you go.

Undoubtedly, the main historical attraction in the vicinity is Pompeii; the incredible archaeological site that has been beautifully preserved for centuries after the original city was buried following an epic eruption of the still-active Mount Vesuvius. A visit to this fascinating site is a must on any visitor’s list, but there are many more archaeological gems to look out for when visiting the area.

In fact, on your journey from Naples Airport to Pompeii you pass several local places of interest that are certainly worth a day, or at least a half day, visit. Although the transfer from Naples Airport to Pompeii is only 35 minutes, I suggest keeping your eyes open and making a note of some of the following attractions that are definitely worth heading back to during your trip.

When visiting Naples and talking to the locals, I have often been in awe of their rather philosophical attitude towards Mount Vesuvius. The people living in this town located in its very foothills are no different. Although it has often suffered at the hands of the threatening volcano that still lives and breathes above it, San Giorgio a Cremano is a lively spot that was once a honeypot for wealthy eighteenth-century tourists.

Today, as Naples spreads and its population increases, the throng of city life and industry has absorbed San Giorgio, but the town still maintains its identity and has several places of interest worthy of a visit. In the eighteenth century, the nobility of the Kingdom of the Two Sicilies were resident in this area: there are several opulent Vesuvian Villas still standing in San Giorgio a Cremano to prove it. Strewn along the Golden Mile, which has been included in the World Biosphere Network list of UNESCO since 1997, villas most worthy of note include Villa Bruno, Villa Pignatelli and Villa Vannucchi, designed and built by architect Ferdinando Sanfelice.

In true Italian style, there is an abundance of churches for the size of the town in San Giorgio a Cremano – five in total. 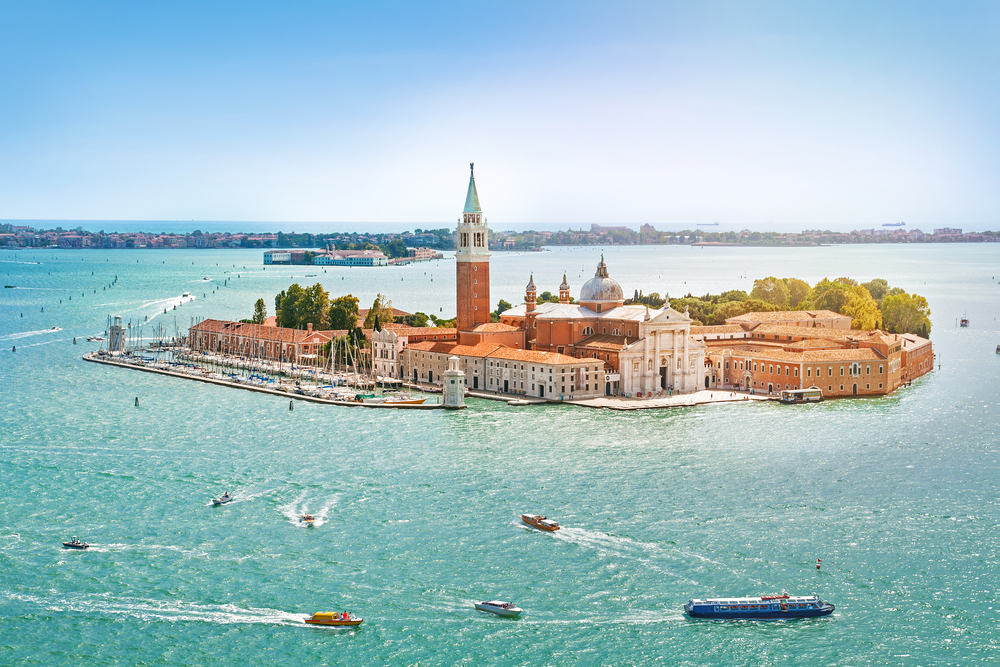 Recommended Visit Time: This pretty little place can easily fill a day, especially if you include a leisurely lunch at one of the many local restaurants here.

Portici is a traditional town, once owned by royal families and then the Kingdom of Naples, that was also destroyed by an eruption of Vesuvius in 1631. It was subsequently re-built and became famous for inaugurating Italy’s first railway in 1839.

Although you might not see the town’s most famous landmark on your trip from Naples Airport to Pompeii, the royal palace that is now a part of the University of Naples warrants a visit. Not only does it house many relics from the nearby site of Herculaneum but it is home to the Botanical Gardens, which are an amazing spot to explore.

There is also a busy port in Portici. I love to find a little café and sit and watch the hub of activity here; a real immersion into local life. 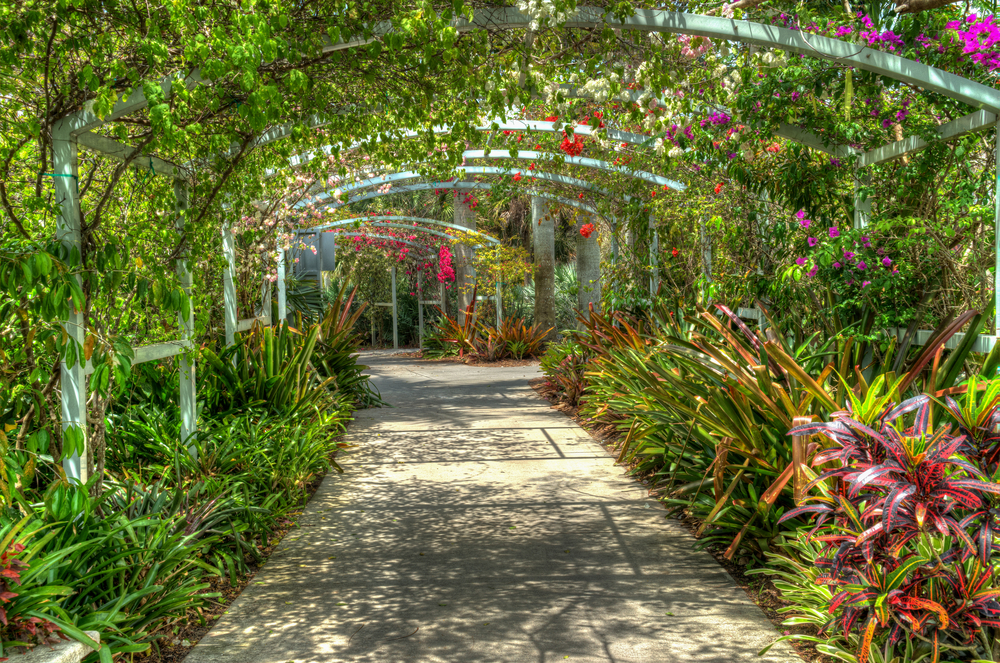 Recommended Visit Time: A half-day is enough to see all that Portici has to offer, so why not enjoy a morning at the hotel and head here for the afternoon?

A hidden gem, this fascinating site – often missed by tourists preferring to head straight to the more famous site of Pompeii – should be top of the list of places to visit. You pass right by it on your way from Naples Airport to Pompeii and if this isn’t enough to tempt you to head back then trust me, I can guarantee that what you discover here will stay with you always. This place is better preserved than Pompeii because of the qualities of the volcanic material that buried it. There are some fascinating remains such as wooden doors and furniture as well as organic goods like fruit, bread and seeds evident in this important archaeological site.

Herculaneum was actually excavated before Pompeii but was not deemed an easy project. This meant that the excavation here was frequently interrupted. Three quarters of the site is still buried because the modern town of Ercolano has been built above it.

It is from Herculaneum that the Golden Mile begins. Continuing on to the Torre del Greco, where the elegant, stylish villas of the eighteenth century stand in all their glory around the Royal Palace of Portici, the Golden Mile makes for a lovely stroll. 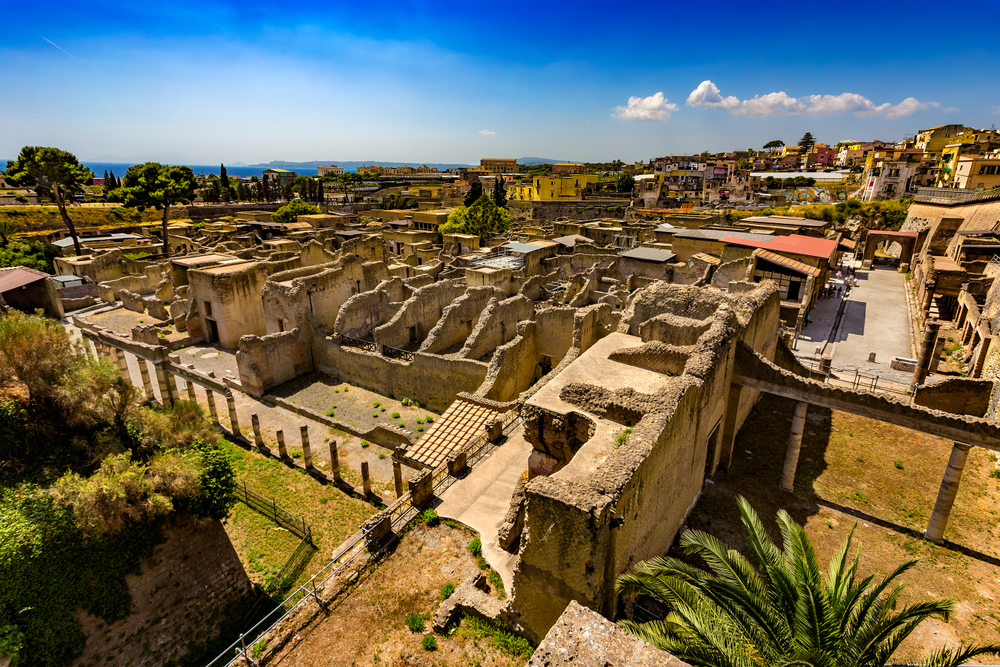 Recommended Visit Time: You can certainly fill a few hours at this incredible site. If you really enjoy your archaeology and want to make the most of your visit, then allow for a long half-day, if not a day.

A transfer from Naples Airport to Pompeii will take you past another historical local town worthy of a half-day visit when you are in the area. Trecase, at the foot of Mount Vesuvius, has a pretty centre dominated by the sixteenth-century Church of Santa Maria delle Grazie as well as several villas, including Villa Langella and Villa Lebano.

Once a wealthy commune of Naples, Trecase was buried under the 79 AD eruption of Mount Vesuvius. Hundreds of years later the area was primarily used as royal hunting grounds until, in 1337, the brother of the King of Naples gave the holdings to three monastic communities (hence the name, ‘tre case’ which means ‘three houses’). The monks used the area for farming and procured land rent from the locals to sustain their communities.

The charming chapel here is dedicated to Maria delle Grazie, and like many other towns in the area Trecase has benefitted from the golden age of Vesuvian Villas. Today, recognised for the production of some excellent wines such as Lacrima Christi DOC and Caprettone, Trecase is on the top of my list of places to visit when staying in Pompeii. 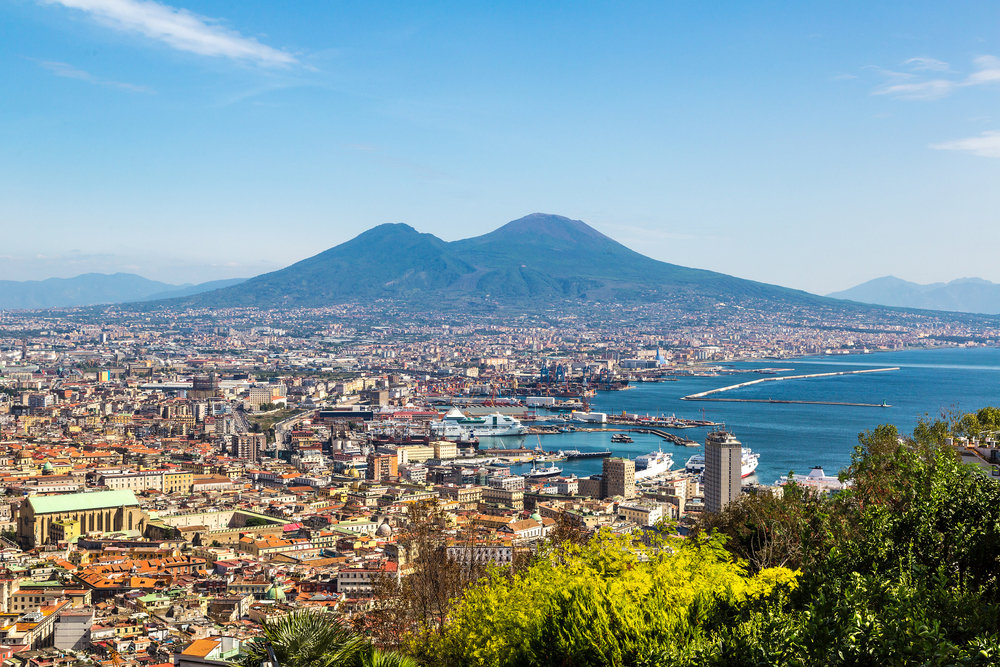 Recommended Visit Time: Half a day will give you ample time to explore Trecase.

From Naples Airport to Pompeii

It is hard to believe that the 35-minute drive from Naples Airport to Pompeii could pass so many interesting attractions, but Italy is a country that is simply bursting with archaeological gems, historical monuments and beautiful places. Make sure you get away from the throng of tourists that stick to Pompeii and see what else this magical part of Italy has to offer.

Getting from Naples Airport to Pompeii could not be easier when you book with Europe and North Africa’s leading transfer provider. Shuttle Direct offer professional, reliable and comfortable transfers that can be booked in advance, taking the stress out of your onward travel.

NB.This route guide has been compiled as an aid to visiting the region. Your airport transfer service from Naples Airport to Pompeii does not include stops to these destinations.