If you’re getting weary of the traditional Christmas turkey, mince pies and pudding, why not plan a festive getaway to experience the festive season in a new light? If you’d like to break with tradition and venture off the beaten path, one of the most unique and underexplored places on the list is undoubtedly Lithuania. Although this country was the biggest in all of Europe back in the fourteenth century, it’s frequently and unfairly overlooked today – but only because you haven’t heard about its remarkable Christmas traditions yet! Let’s talk about the Lithuanian holiday rituals that are best experienced firsthand.

Like many other European nations, Lithuania assigns greater importance to Christmas Eve (as opposed to Christmas Day), which is known as Kūčios. In fact, this day – and the feast that is served at the end of it – is taken so seriously that many locals fast until dinner. Instead of snacking, they spend the day preparing for the feast and for the inevitable family get-together by cleaning, cooking and decorating the table with straw, which is meant to symbolise the manger of Jesus. Although the straw is subsequently covered with a tablecloth, it’s said that retrieving a long piece from under the cloth prophesises a long life, whereas a short stalk portends a short life. Regardless of length, a thick piece of straw apparently guarantees that you’ll have a joyful and prosperous life.

If you partake in the tradition of fasting, nothing will stand in your way of indulging to the fullest at night. You’ll pat yourself on the back for your self-restraint when you lay eyes on the Christmas feast, which consists of 12 (yes, you read that correctly) separate dishes, each of which stands for one of Jesus’ apostles. However, while you may be expecting a meat-based meal, you’ll find that the Lithuanians don’t eat meat for Kūčios, which is a tradition that dates back to the country’s pagan origins. Not to worry, though – you may be in for an unconventional Christmas, but an absolutely delicious one. Here are a few dishes that you shouldn’t miss.

Herring – Herring is the most iconic food that is served, and it appears in several variations. If you think that herring with potatoes is tasty, just wait to taste it with a creative mixture of apples, beets, carrots… you name it. These colourful dishes are not only aesthetically pleasing, but will also give you a new perspective on this widely underappreciated fish. 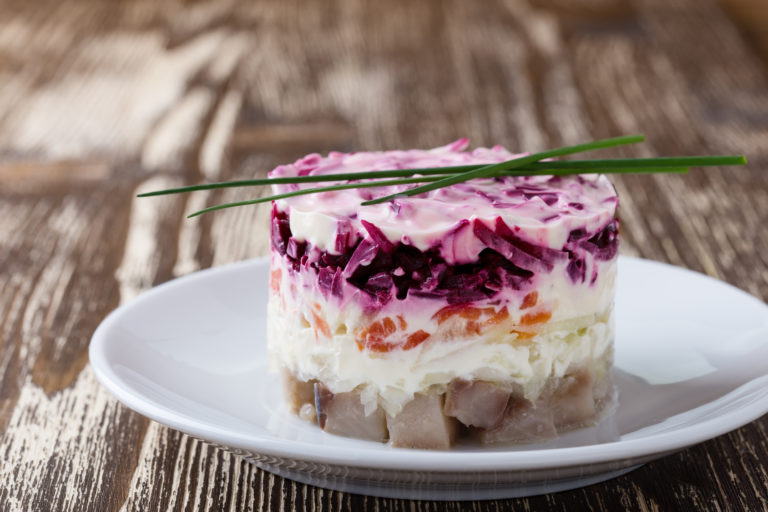 Soup and Potato Salad – Two common supplementary dishes are a substantial potato salad, which is known as ‘white salad’, and vegetable soups, which often contain potato dumplings that are filled with mushrooms (Cepelinai). Talk about the ideal comfort food!

Dessert – While there are several tasty treats that you should try to finish off your meal, the most famous dessert is poppy seed milk, which is often described as the Lithuanian version of eggnog. This sweet drink is complemented with Kūčiukai, little bite-sized cookies that are dipped in the beverage. Why not excite your taste buds with something entirely new? 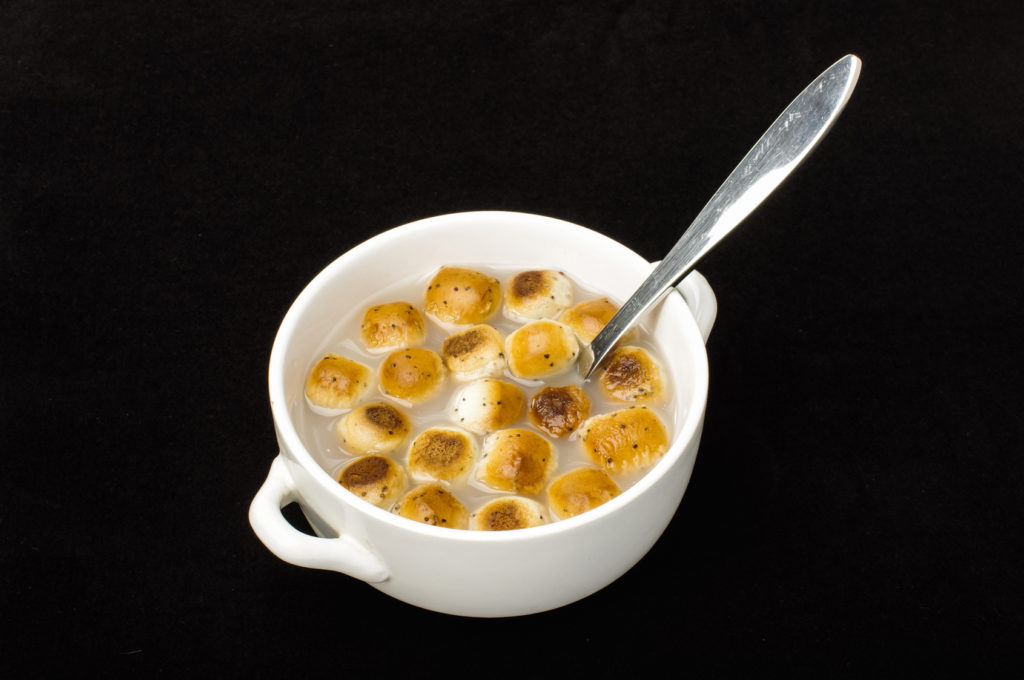 After feasting, Lithuanians give into their food comas and don’t clean up – instead, they leave out the remaining food, as it’s widely believed that deceased relatives and friends will feast on the leftovers during the night. In many households, Santa Claus will make a visit and distribute presents, and adults may attend a midnight mass after the children have gone to bed. What’s more, it’s worth taking a serene post-dinner stroll, which is particularly magical when the streets of Lithuania are snow-covered – as so often happens around this time of year.

If you’re ready for a Christmas that introduces you to intricate cuisines and traditions that differ entirely from your own, a celebration in Lithuania may be right up your alley. Years from now, you may not be able to remember the specifics of your annual Christmas celebrations at home, but this one will remain memorable forever. Linksmų Kalėdų!