Nestled on the shores of the beautiful Lake Maggiore in Italy’s Alpine Piedmont region, Stresa is a wonderful place to spend a short summer break. But if you really want to see everything this region has to offer… you might need to stay a little longer.

From beautiful parks bursting with Alpine flora to 18th Century villas and ancient mountains, there is so much to see and do in this pretty Alpine town that you might find yourself coming back again and again.

More than just the beauty of its surroundings, the elegance of Stresa is highlighted in its refined Belle Époque architecture, particularly in the façades of the grand hotels and villas which line its waterfront.

In the 19th Century the Italian lakes were where the ‘great and good’ came to take in the mountain air, and Stresa still carries an air of grandeur from its bygone days.

Amongst the famous artists and writers who flocked here in its heyday was Ernest Hemingway, who convalesced here after the First World War. The lake obviously left a lasting impression on him, as he later set scenes in his novel A Farewell to Arms in the Grand Hotel des Iles Borromees in Stresa, in which a young American soldier recovers from his wounds.

Soak Up the Views

Stresa is all about its mountain landscape and stunning views, so make the most of these by taking a couple of excursions out of town to check out those mountain vistas.

From the top of the cable car (at 1491 metres), the views of the lake and the town below are stunning but before you get there, take time to stop off at the cable car’s halfway point and explore the fascinating Alpinia Botanical Gardens.

Set on the slopes of Mount Mottarone, 800 metres above Stresa, the gardens offer a vast collection of around one thousand species of alpine and subalpine plant life. The views from the gardens themselves are not to be sniffed at, although the flowers definitely are.

Once you’ve wandered around the beautiful gardens it’s time to re-board the cable car and head on up to the summit. Get ready to be well and truly wowed by the view here. From the top of Mount Mottarone you can see no less than seven lakes and a mountain range with the impressive Monte Rosa at its heart.

Insider tip: If you are a fan of hiking and are relatively fit then you can take a hiking trail from the Botanical Gardens up to the summit instead. The walk takes around an hour and a half. 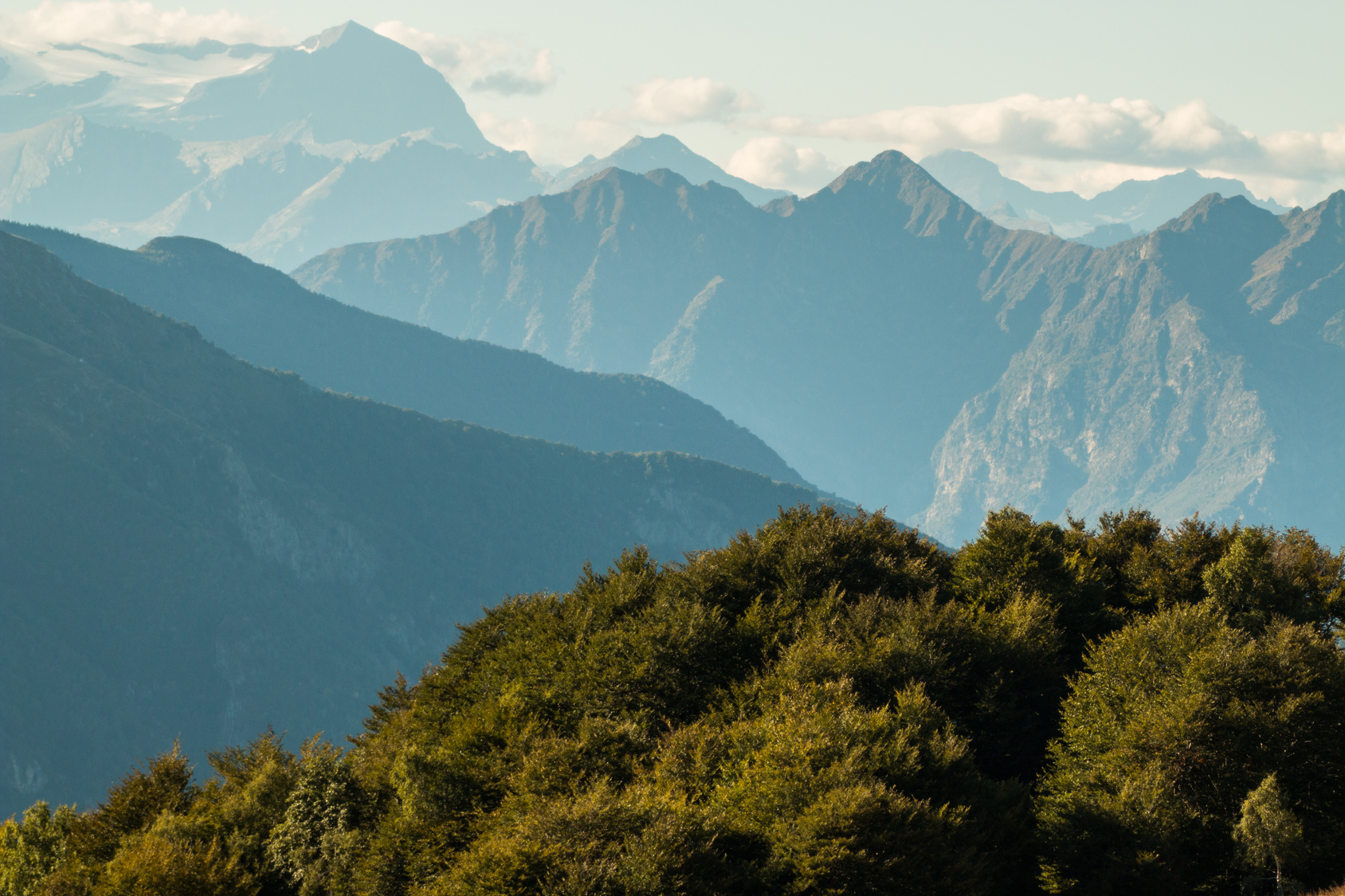 The Bucket Lift at Laveno

Travelling up a mountain in a ‘bucket’ may not sound very inviting but this is well worth the journey – and of course these aren’t any old buckets. The lift can fit only two people in each pod as it makes its way up Monte Sasso del Ferro, and it’s up to you to choose whether you prefer an open-topped or enclosed pod. It really is quite a unique experience.

If you need a rest to get your nerve back before you head back down, stop off at the café at the top for cold drinks and gelato and enjoy the spectacular view from the terrace there. 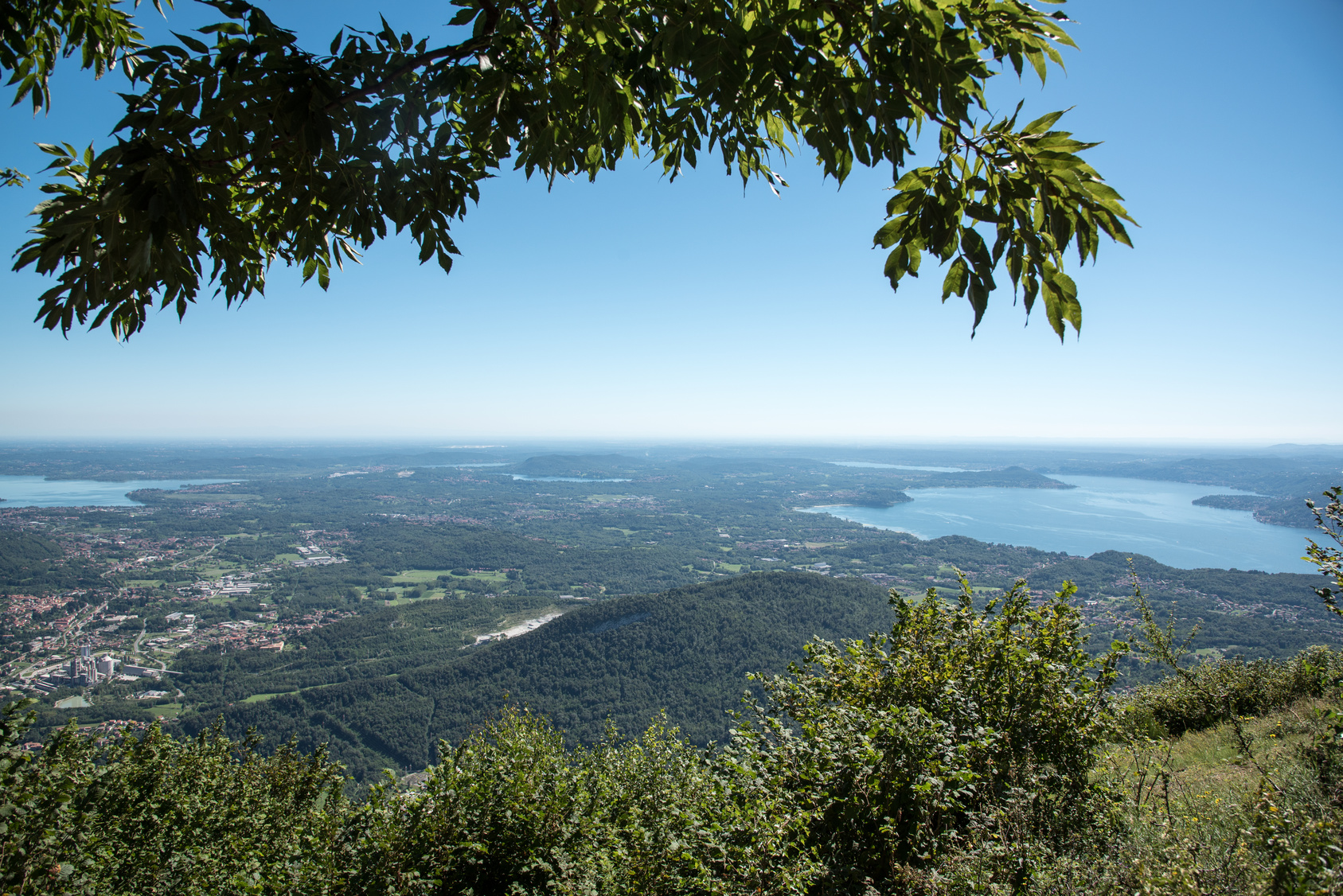 Once you’ve seen the picturesque resort town from above you’ll want to get back down to ground level to explore it properly. There is certainly plenty to discover here, from eccentric villas to 12th Century hermitages.

Built in 1855, the Villa Pallavicino is a stunning 19th Century lakeside home with a few unexpected surprises. Built for the Marquise of Pallavicino, who was interested in plants, it also boasts something of a botanical garden across its 37-acre parkland running down to the shores of the lake.

The Marquise himself introduced many of the rare trees and exotic plants, which now make up the garden and fill many of the impressive greenhouses. Some of the species include sequoias, larches, oaks and chestnuts.

Walk down the garden’s winding paths and another surprise is in store for you in the form of a zoo. More than 40 species roam around a large garden area including Wallabies, zebras and monkeys, while in the aviaries you’ll find parrots and toucans, among other exotic species. 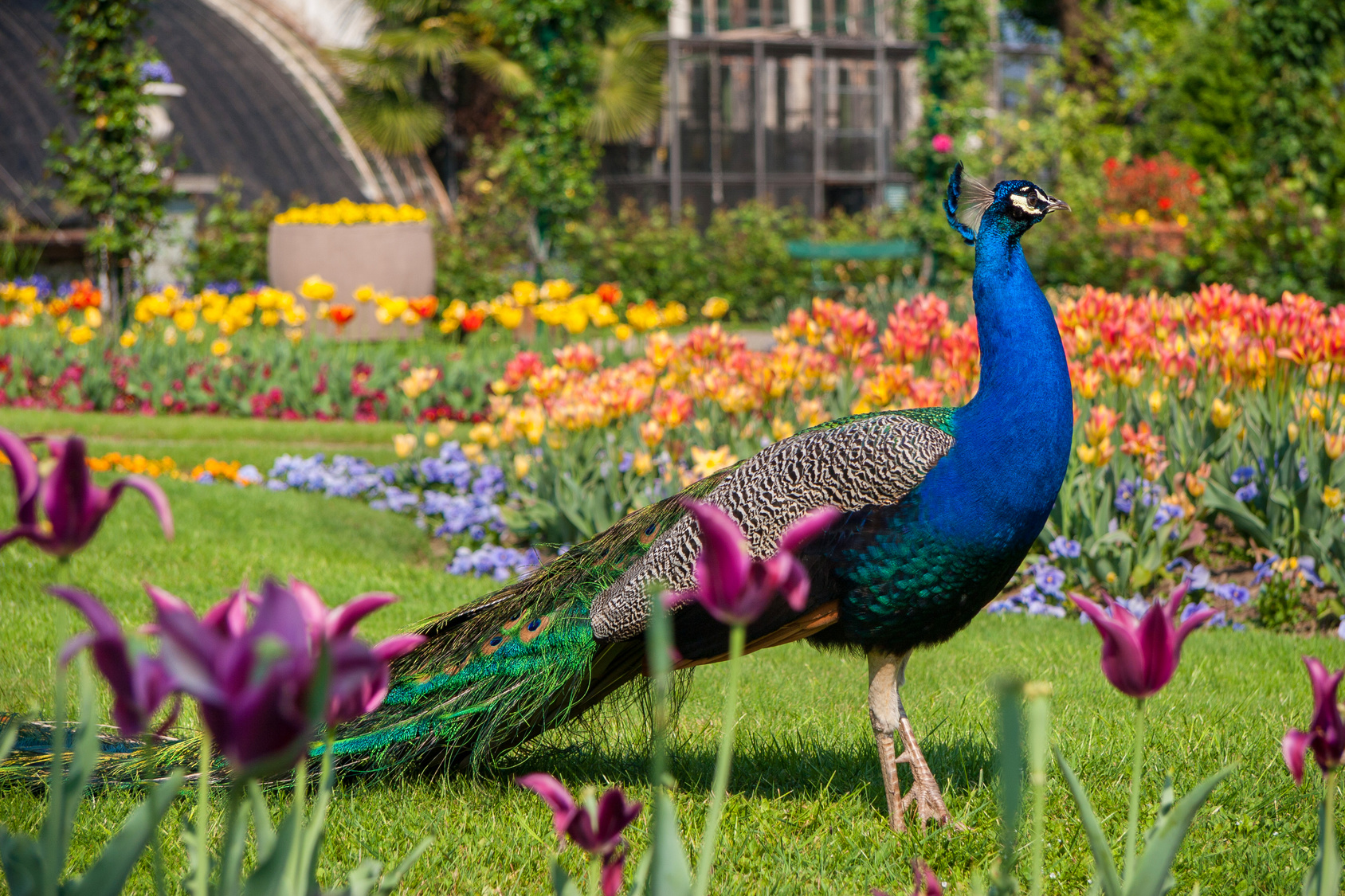 Take a ferry along the lake to the Hermitage of Santa Caterina del Sasso and really experience the history of this region at this beautiful hillside chapel and convent.

The hermitage was founded in the 12th Century by a nobleman who almost lost his life on the lake during a storm. He vowed that, if he survived, he would give all his money to charity and become a religious hermit. Needless to say, he did survive and withdrew to a cave in this area.

Later, when plague hit the local towns in 1195, the people asked the hermit to pray for them; when they were spared, they built the chapel to thank him. In 1270 the chapel was rebuilt, and other worshippers came to the retreat. In 1914 it was declared a national monument and today visitors can come and drink in the atmosphere with a visit to the church. 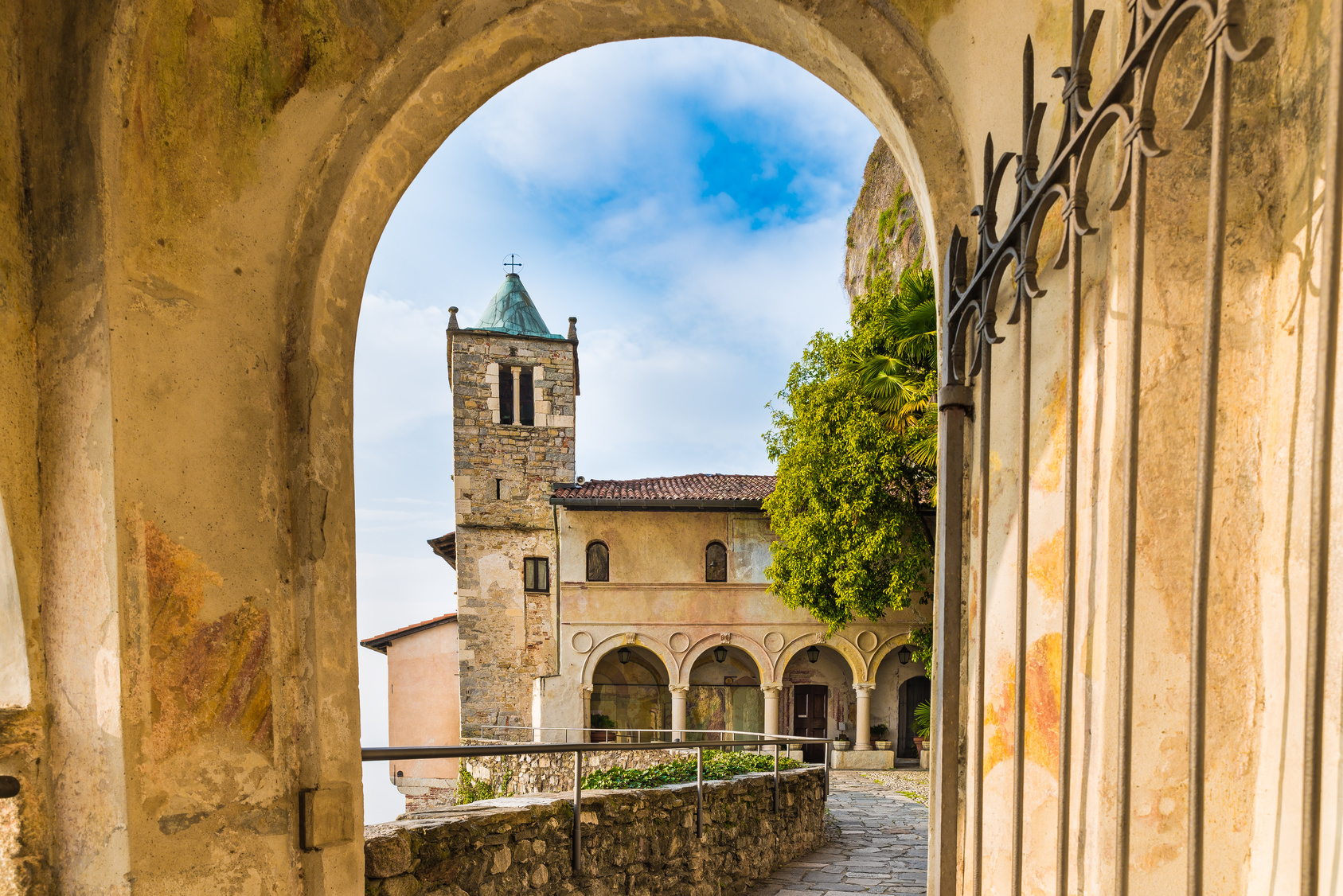 No visit to Stresa would be complete without a trip to the famous Borromean Islands. Set in the heart of the lake, the wealthy Borromeo family built lavish houses and gardens on what were originally rocky outcrops, home to small medieval communities.Today, the lavish splendour of what the family created still wows visitors who flock to the three islands.

Literally translated as ‘beautiful island’, Isola Bella was, by all accounts, not so very beautiful until the Count Vitaliano Borromeo built himself a palace and a ten-terraced garden on the spot in 1671.

Wrapping around a medieval town which already existed on the island, the palace and gardens are phenomenally over the top in terms of decorative design – they make for a great place to wander around and wonder at the 17th Century excesses. 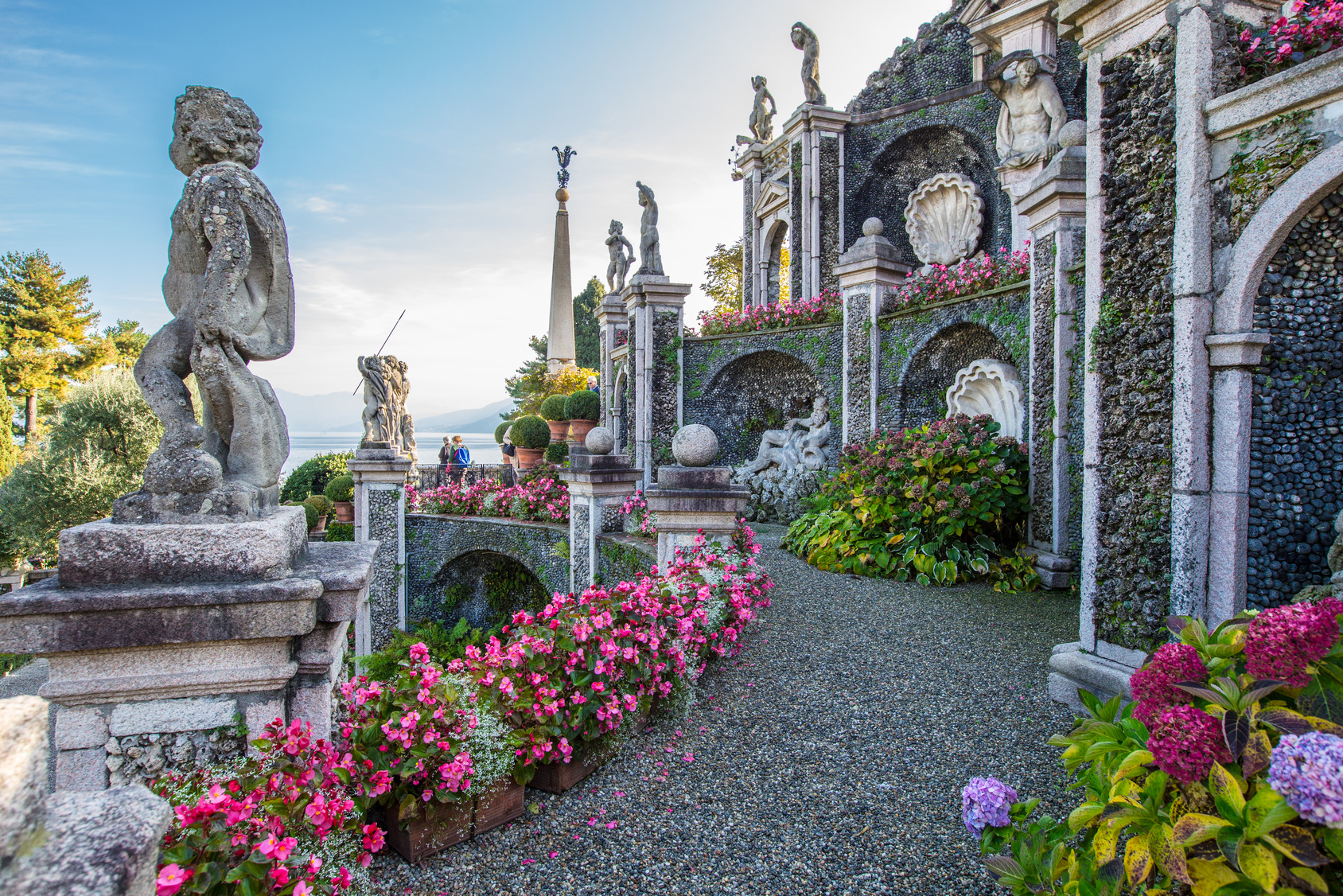 Rather more subdued than the over-the-top Isola Bella, Isola Madre is a wonderful place to spend an afternoon strolling around its lush gardens with its many azalea, camellia and rhododendron bushes supplying beautiful bursts of colour. The Borromeo villa here is now a museum with rather unnerving waxworks loitering about in historical costumes, adding a little humour to the experience. 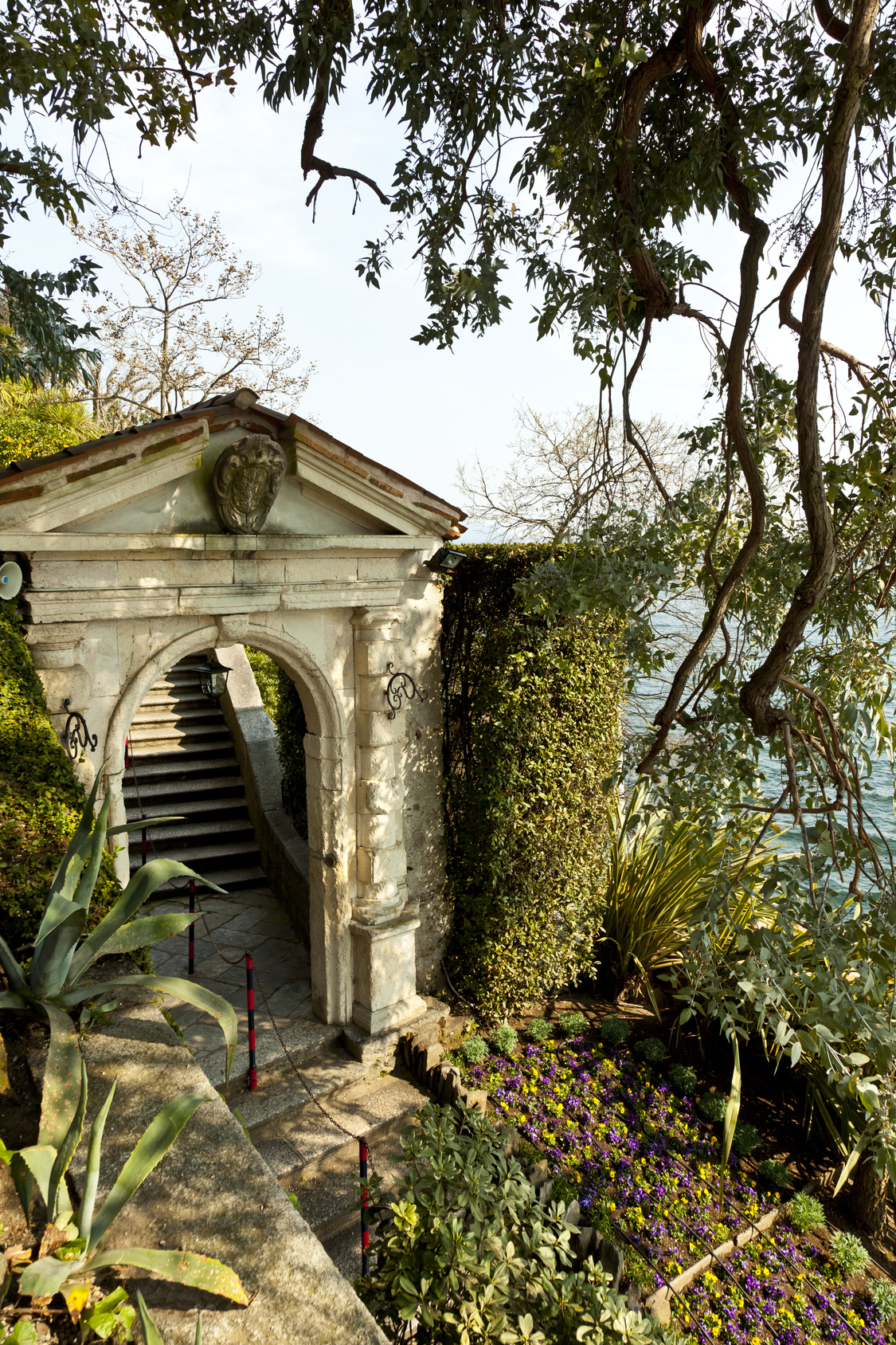 How to Get to Stresa

The easiest way to get to this lakeside retreat is to fly into Milan’s Malpensa airport, with its regular daily flights arriving from the UK. Airlines including FlyBE, Ryanair, easyJet and British Airways all offer regular flights which take just under two hours.

Travel from Milan to Stresa in comfort with a Shuttle Direct private transfer. Book online before you leave home and an executive car and driver will be waiting for you when you arrive to drive you the hour’s journey to Stresa. 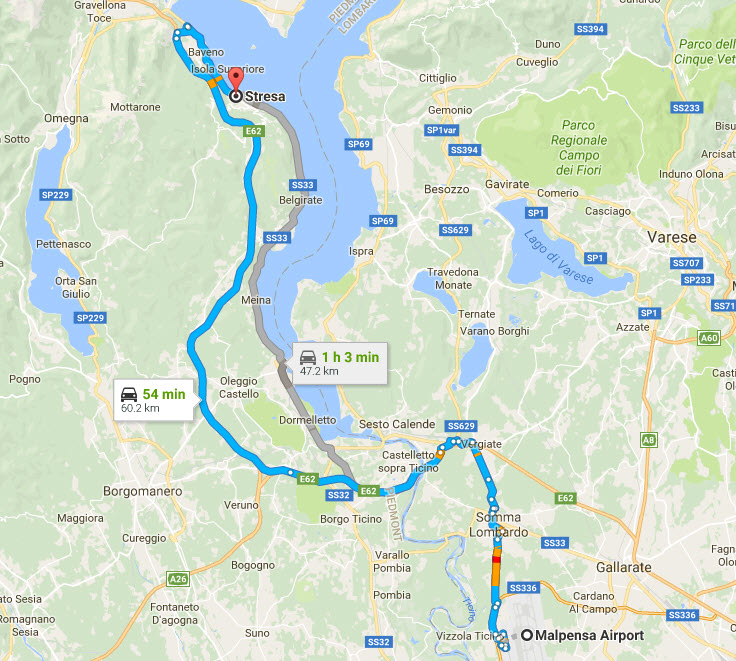 Grand Hotel Bristol – Enjoy more spectacular lakeside views at the slightly less lavish Grand Hotel Bristol. With its own pool and gardens, elegant communal spaces and a choice of three restaurants, this is a great choice if budgets are a little tighter.

Regina Palace – Combine the Belle Époque opulence of the Grand Hotel des Illes Borromees with the garden and pool of the Gran Hotel Bristol and you have the four-star Regina Palace. Again on the shores of the lake with great views of the Borromean Islands, this is a great place to base yourself as you explore Stresa.

Get in the mood for the elegance and refinery of Stresa with a private executive car transfer from the airport with Shuttle Direct. The leading provider of private and shared transfers in Europe and North Africa, Shuttle Direct offers more than one million routes across more than 50 countries. It is also the most convenient way to get from the airport to your accommodation. Simply book a private executive car online and a driver will be waiting to meet you when you land so that your luxury holiday can begin as soon as your plane touches down.