With the weather finally warming up, football fans are turning their attention to France. The country will host the Union of European Football Associations’ EURO 2016 tournament this coming summer, from 10 June to 10 July. Though matches will be held across France from Lille to Lyon, many England-based football fans will no doubt be passing through Paris.

In between the matches at Paris’s Parc des Princes stadium, why not grab your mates and spend some time exploring what the French capital has to offer?

Eiffel Tower – You can’t go to Paris and miss out on a selfie with this iconic highlight – not even if you wanted to. The Eiffel Tower is located at the end of a huge public green space called the Champ de Mars, which was once used as drilling and marching grounds for the French military. Here you can lie around in the summer sun or take the elevator (or the stairs!) to the top of the Eiffel Tower and enjoy the view from 984 feet up.

Catacombs – Now that you’ve seen Paris from above, it’s time to see the city from below. Paris’s catacombs are some of the creepiest and most famous grave sits in the world, holding the remains of about six million people below the busy Parisian streets. As you walk through the gloomy passages lined with bones (no stealing!), you may get the feeling that someone is watching you…

Versailles – For a fun day trip, live like a king in Louis XIV’s famously sumptuous palace. Walk down the impossibly opulent Hall of Mirrors, or channel the Sun King in his ostentatious personal apartments. You’ll start to reconsider that long talked-about renovation of the bedroom after all…

€15 for palace ticket only

Harry’s New York Bar – A legendary bar with a crazy history, Harry’s is a Paris institution. In 1911, a former American hockey player named Tod Sloan convinced a friend who owned a bar in Manhattan to dismantle the establishment and ship it to Paris. The story is so outlandish, you know it must be true! Patronised by such luminaries as Hemingway and Sartre, Harry’s is the place to go for a truly fantastic Bloody Mary.

Moulin Rouge – For another unforgettable night out, try a sexy evening cabaret show at the Moulin Rouge. Located in the fashionable Montmartre area, you can’t miss the Moulin Rouge – just look for the huge red windmill. After an evening of watching can-can dancers and showgirls, you may be tempted to wander into Pigalle – Paris’s infamous red-light district… 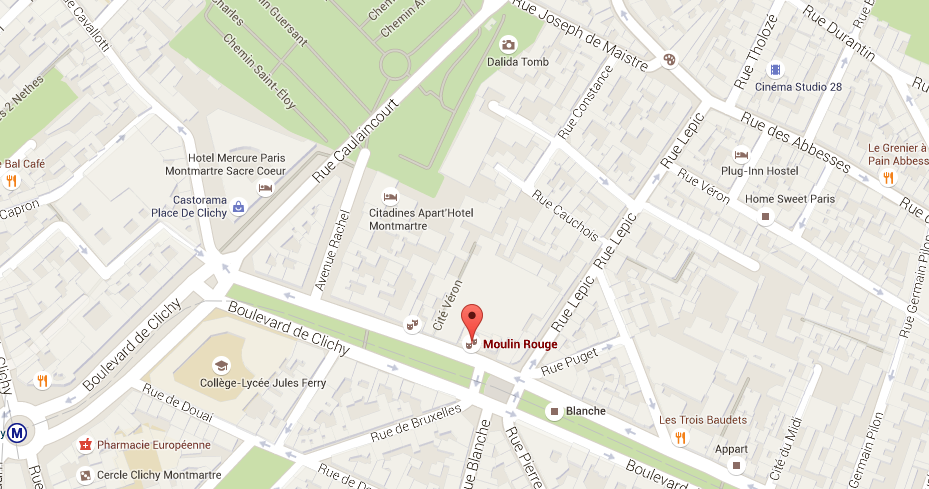 Mix Club – For a different kind of scene, try Mix Club in Montparnasse. Thursday through Sunday this enormous dance club is throbbing with house, electronica, and Latin mixes. With laser lights, smoke clouds, disco balls, and strobes, Mix Club will bring you a little slice of Ibiza in the middle of Paris.

Espit Chupitos – If you’re accustomed to ordering pints, give Espit Chupitos a try for something different. This low-key bar offers a staggering 600 different types of shots with quirky and scandalous names ranging from Monica Lewinsky to Indecent Proposal. Anything you can think of – this bar has it.

If you can’t decide on where to go, there are a number of companies offering bar crawls in Paris – an excellent way to sample a little bit of everything.

How to Get Around

Paris has a comprehensive urban transit network that include 16 metro lines, five rapid transit rail lines (RER), four tram lines, and over 300 bus routes. You can buy tickets for urban transit at Metro or RER stations, or at local newsagents. Single tickets start at just €1.70, so you should be able to get around town with relatively little expense.

Paris might be just across the Channel, but the quickest way to get there is still by air. Airlines like easyJet, Air France, and British Airways all offer nonstop flights from London airports to Charles de Gaulle airport in Paris – just over a one-hour flight – for very reasonable fares.

Once you’ve landed in Paris, you and your mates are probably looking for a low-stress, low-cost way to get to your hotel. For affordable Charles de Gaulle airport transfers, book a shared shuttle on our website – in just a few easy steps, your trip to Paris is all sorted.

If you’re not planning to fly, the Eurostar is a fast and efficient way to traverse the distance between London and Paris. Prices for a round-trip journey in June start at £69.50 with total travel time just over two hours. 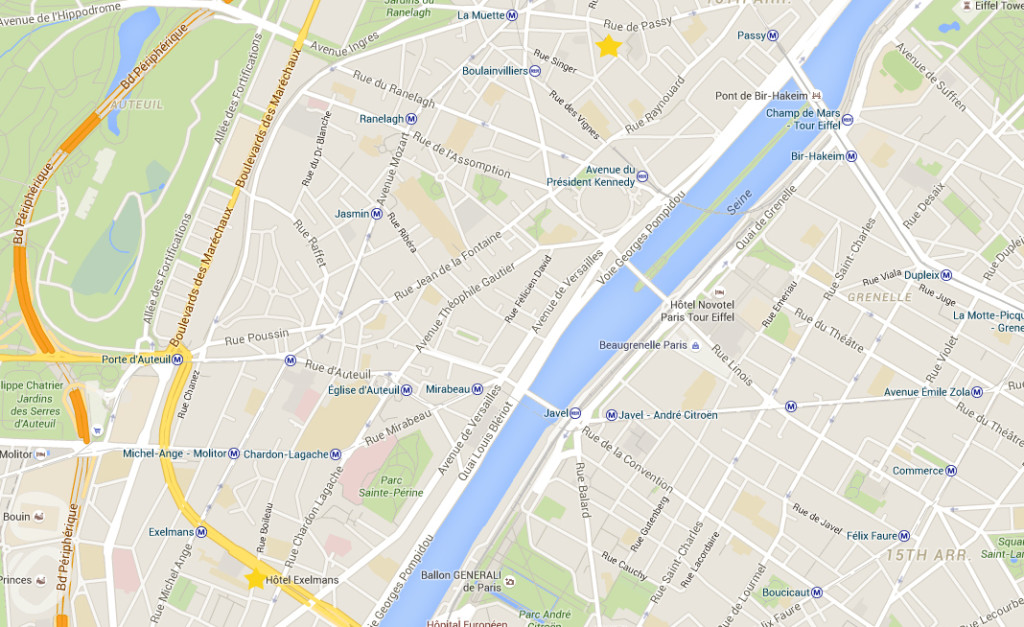 Hôtel Exelmans – Just a ten-minute walk from Parc des Princes, the Hôtel Exelmans is a reasonably-priced hotel with a staff fully fluent in English. Rooms are stylish and comfortable – the perfect place to come back after an exhausting day at the match.

Hôtel Les Hauts De Passy – Also in the 16th arrondissement, this chic but straightforward three-star is an excellent place to relax between matches, sightseeing, and nights out on the town. The Hôtel Les Hauts De Passy is well-situated for walking access to the Eiffel Tower, the River Seine, Place du Trocadero, and any number of bars.