It’s impossible to overstate the importance of a city like Jerusalem. Located at the eastern edge of the Mediterranean, where Europe blends into Asia, this ancient city is a religious touch point for three major world religions: Judaism, Christianity, and Islam. Attracting some 3.5 million tourists each year, Jerusalem is a magnet destination for religious pilgrims – as well as for history, heritage, and culture buffs!

Whether you’re a devout Jew, Christian, or Muslim or simply looking for a culturally enriching holiday, Jerusalem is sure to open your eyes.

For essential tips when visiting Israel, check out this handy guide.

It only makes sense to begin where it all started – in the original walled city of Jerusalem. Though less than one square kilometre in size, the Old City is packed with sites of religious importance to Jews, Christians, and Muslims. Read on for the top sights in the Old City.

Temple Mount – You’ll likely begin your exploration of the Old City where most visitors do – at the hilltop site known as Temple Mount. Though this holy site is accessible through eleven gates, only one of those gates (the Moroccan Gate) is open to tourists and non-Muslims. Restricted hours and tight security can make visiting difficult, so plan ahead, dress modestly (knees and shoulders covered) and be prepared to stand in the queue. Once you get past security – don’t forget your passport! – you’ll be rewarded with the chance to see some of the holiest sites in the world. 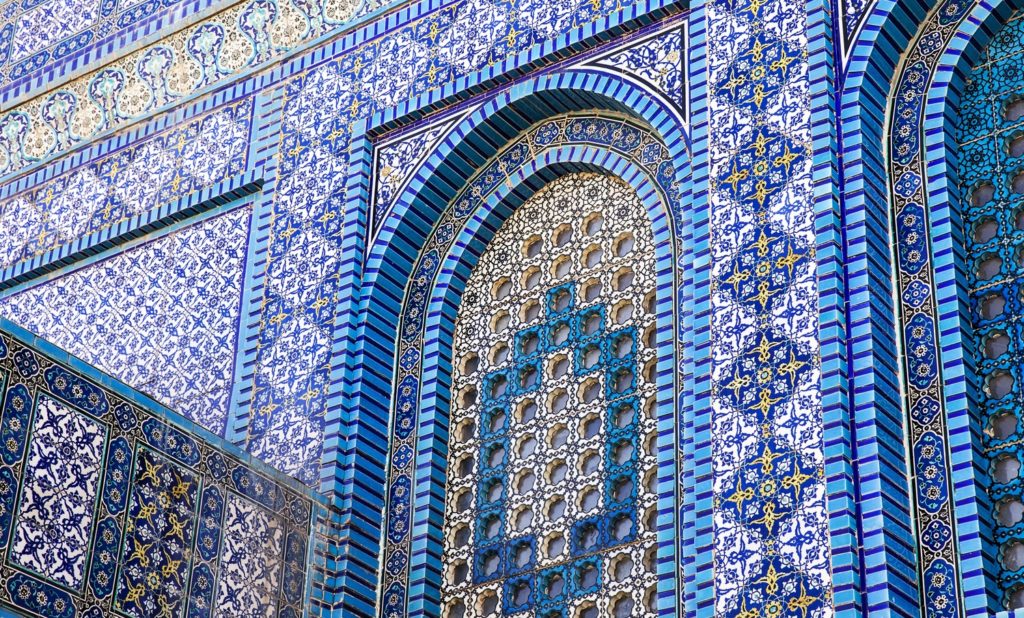 Dome of the Rock – One of Jerusalem’s most recognisable landmarks, the colossal golden Dome of the Rock is easy to pick out from various points throughout the city. Completed in 691 AD, the shrine is one of the oldest examples of Islamic architecture. At the centre of the shrine is ‘the rock’ – the Foundation Stone where Abraham attempted to sacrifice his son. Keep in the mind that the interior of the Dome of the Rock is not accessible to non-Muslims – though the exterior facades are lovely enough!

Church of the Holy Sepulchre – A popular pilgrimage site for Christians since its creation in the 4th century, the Church of the Holy Sepulchre is traditionally known as the site of Christ’s crucifixion as well as his empty tomb. Control of the church is shared by several Christian denominations, though mainly by the Greek Orthodox, Armenian Orthodox, and Roman Catholic churches. 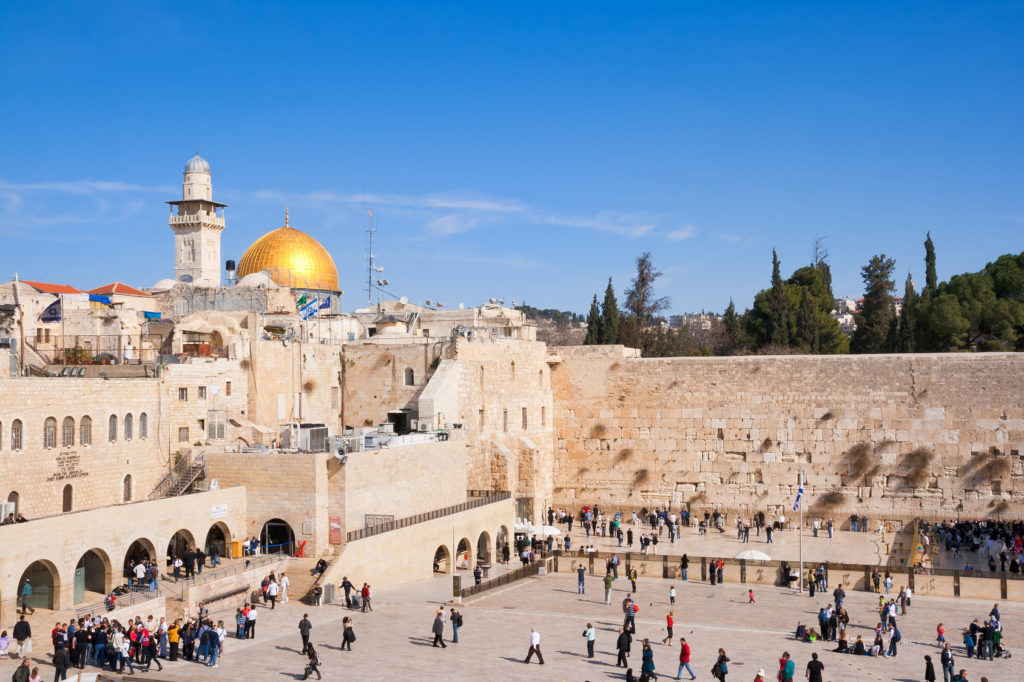 Once you’ve left Temple Mount, walk around to the the Western (or ‘Wailing’) Wall, a section of the ancient limestone retaining walls that surround the Mount. The Wall is the holiest place where Jews are permitted to pray, as are they forbidden to pray in the holier Judaic sites beyond the Wall. The Western Wall is considered to be the closest location to the site of the former Holy Temple, which once stood on the Temple Mount. The Wall is commonly known as the Wailing Wall, referring to the practice of Jews mourning the destruction of the Temple at the site.

Also known at the Jerusalem Citadel, this ancient stone structure was once the palace of Herod the Great (74 BC – 4 BC). Throughout its long history it has also been home to Romans, Crusaders, Mamluks, and Ottomans. Today, however, the citadel houses the Museum of the History of Jerusalem, which tells the city’s story through exhibits arranged chronologically from 2000 BC to 1948 AD. Here you can literally walk through time to truly understand the significance of this city like no other. 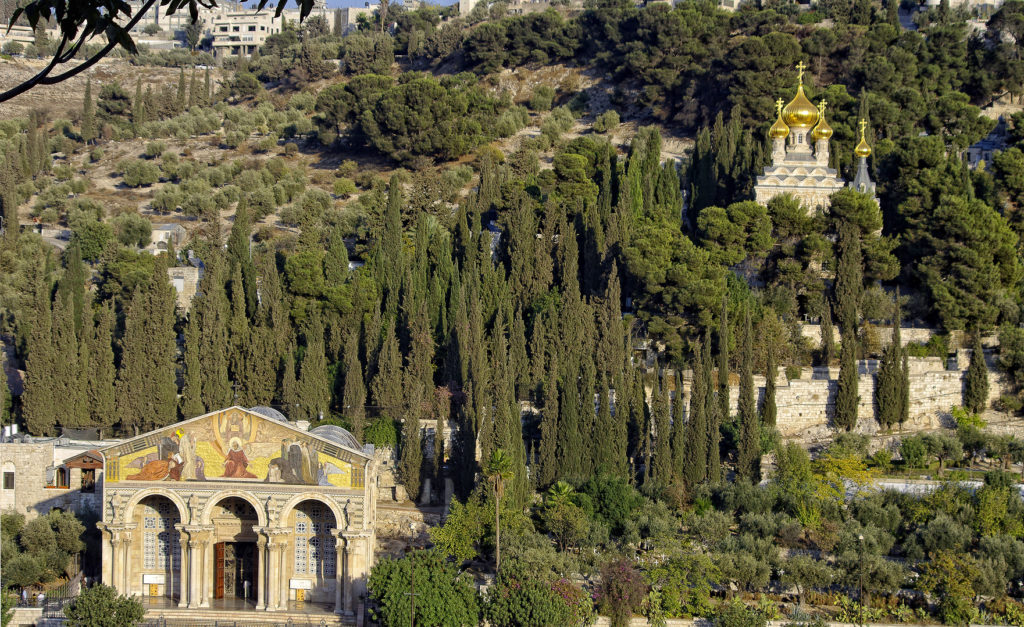 If you’re in the mood to stretch your legs in the Jerusalem sunshine, find a low rocky ridge just east of the Old City. Named for the olive groves that once covered its slope, the Mount of Olives is, like many sites in the city, immensely important in Judaism, Christianity, and Islam. The Mount has been a Jewish cemetery for over 3,000 years, containing around 150,000 graves. In Christian belief, the hilltop was the setting for many key events in the life of Jesus. And for Muslims, the Mount is the location at which the gates of heaven will open on Judgment Day. To really get a sense of the area’s significance, consider booking a guided walking tour of the area.

How to Get to Jerusalem 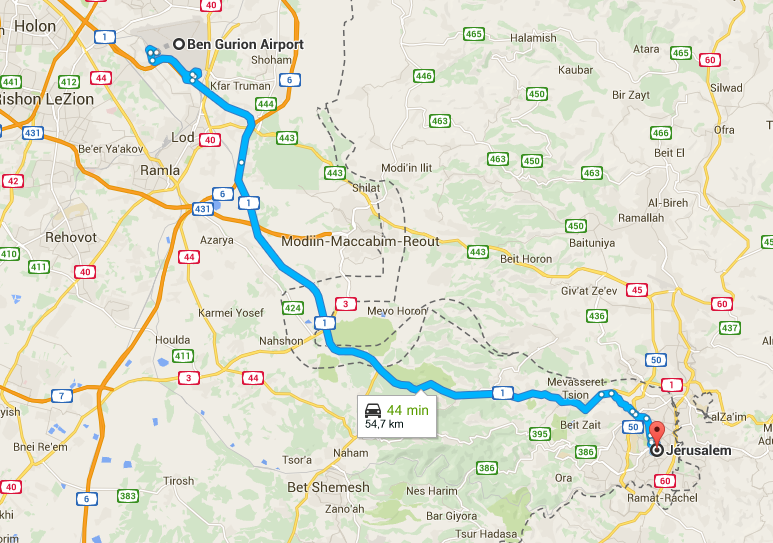 Jerusalem is a bit farther afield – a five-hour flight – but well worth the trip! Luckily, plenty of nonstop flights from airlines such as British Airways, easyJet, and Monarch leave London airports daily for Tel Aviv’s Ben Gurion airport. Not to mention, the longer flight gives you plenty of time to read up on your destination.

To make your transport onward from the airport as seamless as possible, consider pre-booking a Tel Aviv airport transfer with Shuttle Direct. Easy to arrange online and unbeatable on convenience, our airport transfers make traveling internationally a breeze.

YMCA Three Arches Hotel – With its white stone tower and arched entrance (hence the name), this three-star hotel makes an immediate impression. Built in 1933, this interesting historical building is only a 10-minute walk from the Old City. As you’re walking around Jerusalem, you’re sure to never be lost – just look for the hotel’s tower jutting above the skyline!

Hotel Yehuda – Set on the slope of Jerusalem’s Massuah Hill, this four-star hotel offers gorgeous views of the surrounding hills and mountains. With its elegantly chic interior, semi-Olympic sized pool, and full-service spa, the Hotel Yehuda is the ideal place to return to after a day in the hot Israeli sun.

Mamilla Hotel – Looking for all-out luxury? You’ll find it at this five-star, world-class hotel. From Egyptian cotton bed linens to transparent glass walls that can be switched on and off, hot stone massages to yoga studios, the Mamilla Hotel knows how to pamper its guest. Don’t miss the rooftop terrace with its panoramic views over the Old City!

Wherever the road takes you, Shuttle Direct can help you get there. As the largest provider of transfer services in Europe and North Africa, we specialise in fast, efficient, and comfortable pre-booked transportation between airports, train stations, cruise ports, hotels, and more. When you need to get from A to B, you can leave your transport logistics in Shuttle Direct’s capable hands.