Overlooking the English Channel on the west coast of France, Le Havre has become a popular port of call for cruise ships since the marketing people branded it the “Gateway to Paris”. In spite of the 200km drive to the French capital many passengers make a beeline for the tour buses heading for Paris as soon as they disembark. Others prefer to hang around Le Havre itself which is listed as a UNESCO World Heritage Site in its own right. The city was largely destroyed during the Second World War but is notable for its post-war urban planning and architecture which took place under the direction of French architect Auguste Perret.

Other options for visitors include excursions into the beautiful countryside of rural Normandy or trips to the beaches which were the scene of the D-Day landings in 1944 and the solemnity of the war graves where British, American, Canadian, Australian and French troops were laid to rest.

The cruise terminal of Le Havre stands at Quai Roger Meunier some 2.5km south of the Hôtel de Ville in the city centre. Passengers can walk into the city from the port although there are usually shuttle buses available which drop-off outside a well-known landmark called ‘Le Volcan’. Taxis are readily available for journeys into the city centre or to the Gare du Havre (12 Rue Magellan) train station. Shore excursion buses depart from outside the cruise terminal.

Passengers who are beginning or ending their cruise in Le Havre will most likely be arriving or departing through Aéroport Paris Beauvais which lies 175km east of the cruise terminal and 100km north of the French capital. There are frequent shuttle buses from the airport to Paris-Porte Maillot as well as train connections from Gare de Beauvais train station to Paris Gare du Nord. However, private transfers from Beauvais Airport are highly recommended for passengers heading directly to or from the Port of Le Havre.

Getting Around in Le Havre

The best way to get around Le Havre itself is on foot although there is a tourist bus called Bee Le Havre which departs from Place Auguste Perret near where the cruise ship shuttle buses drop off their passengers. This one hour tour with audio-guides in various languages visits all the city’s main sights as well as other attractions along the coast.

Passengers travelling independently beyond Le Havre can arrange taxi tours with drivers at the cruise terminal or travel to the Gare du Havre train station from where there are services to Rouen and Paris. For shorter trips to the likes of Honfleur and Étretat there are buses which depart from the main bus terminal (Cours Lafayette 1).

In the post-war era the city of Le Havre had to be rebuilt as a result of the damage it suffered during World War II. This reconstruction was designed by Auguste Perret who pioneered the architectural use of reinforced concrete. The result is a charming, modern city which has been recognised by UNESCO for its postwar architecture. The two main Perret attractions are the 107m high Église St-Joseph (130 Boulevard François) which can be spotted from cruise ships approaching the port and the Town Hall Building (Place de l’Hôtel de Ville). 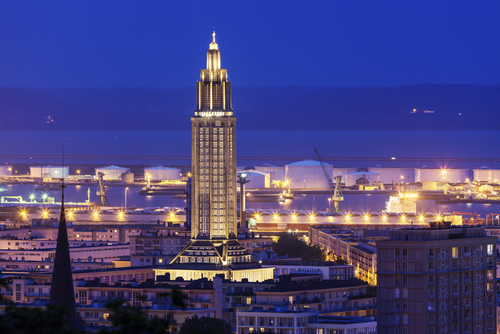 Another notable building in the city centre is Le Volcan which is Le Havre’s main cultural centre. It was designed by the Brazilian architect Oscar Niemeyer who is best known for his modern architecture in Brasilia. The highlight of buildings which escaped the wartime bombing in the downtown area is the 18th century shipowner’s house La Musée Maison de l’Armateur (3 Quai de l’Île). A number of museums are well worth a visit including the Musée d’art moderne André Malraux (2 Boulevard Clemenceau) which exhibits works by local artists Raoul Dufy and Eugène Boudin as well as paintings by Monet, Renoir and Gauguin amongst others.

Tours of Normandy: Located on the central coast of Normandy, the city of Le Havre is an ideal destination from which to discover this historic region. Unfortunately, a single day in port doesn’t provide nearly enough time to do justice to a region filled with many tourist attractions. As such cruise ship passengers would be well advised to book shore excursions with their cruise line in order to make the most of their limited time in port. Highlights of such excursions may include the delightful town of Honfleur, the D-Day Beaches which were the scene of the Normandy landings during WW2, the historic city of Rouen and the iconic island of Mont-Saint-Michel where Joan of Arc was executed in the 15th century. 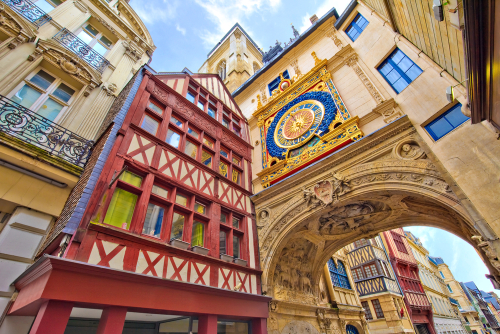 Visiting Paris: The prospect of a 3-hour bus journey to Paris isn’t enough to put off the thousands of cruise ship passengers who join guided tours from Le Havre to the French capital every year. This long day trip leaves visitors with a maximum of 5 to 6 hours to see the many great attractions which the city has to offer including the Eiffel Tower, Notre Dame Cathedral and the Louvre Museum.

Some cruise lines also offer ‘On Your Own Tours’ which simply provide transport to Place de la Concorde in Paris. You are then free to explore the city by means of metro or by taking the hop-on, hop-off bus service. Independent travellers can travel to Gare St Lazare in Paris from the Gare du Havre train station in a little less time than travelling by tour bus but must leave plenty time for the return journey so as to ensure that they get back to Le Havre in time for their ship’s departure. 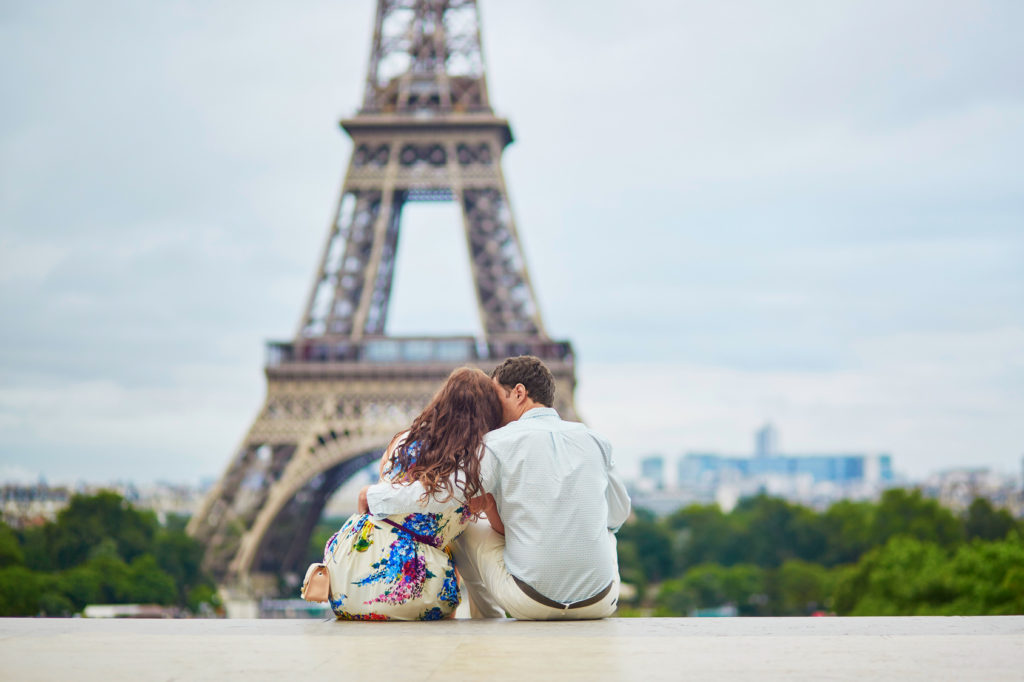 Honfleur: Perhaps the most relaxing day of all is to combine a few hours in Le Havre with a short excursion to the beautiful old port of Honfleur. Lying across the Seine just 25km to the south-east this historic destination found its way onto the tourist map thanks to the works of Impressionist painters including Claude Monet. It is filled with historic buildings, art galleries and some fine restaurants. Public buses take about 40 minutes to get there from the main bus station next to Gare du Havre otherwise you can take a tour with Bee Le Havre departing from Place Perret.