In recent times the number of cruise ships docking in Mytilini, the capital of Lesvos (Lesbos) in the Aegean Sea, has fallen significantly as the island has found itself at the forefront of Europe’s refugee crisis. Lying just 3.6km across the Mytilini Strait from Turkey, this Greek Island of less than 90,000 inhabitants saw the arrival of more than half a million refugees from such war-torn countries as Syria, Afghanistan and Iraq. Whilst many never survived the sea crossing others continued their journey north in the hope of a better life in Germany, Sweden or the UK.

Many of the local people are descendents of refugees who arrived from Turkey in makeshift boats in 1922 during the Greco-Turkish War. They were already suffering economically from the austerity measures imposed by the government as a result of the Greek debt crisis when this new refugee crisis emerged. Their compassion and humanitarian efforts in attempting to care for those worse off than themselves is one of the lesser reported stories of this whole sorry affair.

Not surprisingly tourism in Lesvos and neighbouring islands in the Aegean Sea has been badly hit by the refugee crisis. However, the situation is now stable since the EU and Turkey agreed a deal to close the route which saw over a million refugees arrive in Greece in 2015. Cruise passengers have absolutely nothing to fear when visiting Lesvos and should relish the opportunity to spend a few hours in the company of the local people in a truly Greek environment.

Around 630BC the female poet, Sappho, was born in the village of Eressos on Lesbos. Her emotional works directed towards other women have made the island a popular destination for lesbian tourists who frequently visit her birthplace. “Sappho Women” is an international women’s festival held in Eressos every September for two weeks.

Cruise ships visiting Lesvos dock in Mytilini harbour on the south-east coast. Some larger vessels anchor offshore so passengers are transferred to the town by tender. You can easily walk into Mytilini and visit its traditional taverns and restaurants without any need for transport as the town is very small and compact. If you’re interested in doing some shopping during your time in port head for Ermou Street where you’ll find many establishments serving mainly the local community as well as some souvenir shops geared towards the tourist market.

Insider Tip: For a truly Greek experience head for Kafeneion O Ermis in the old port which is a traditional tavern where they serve great lunches. 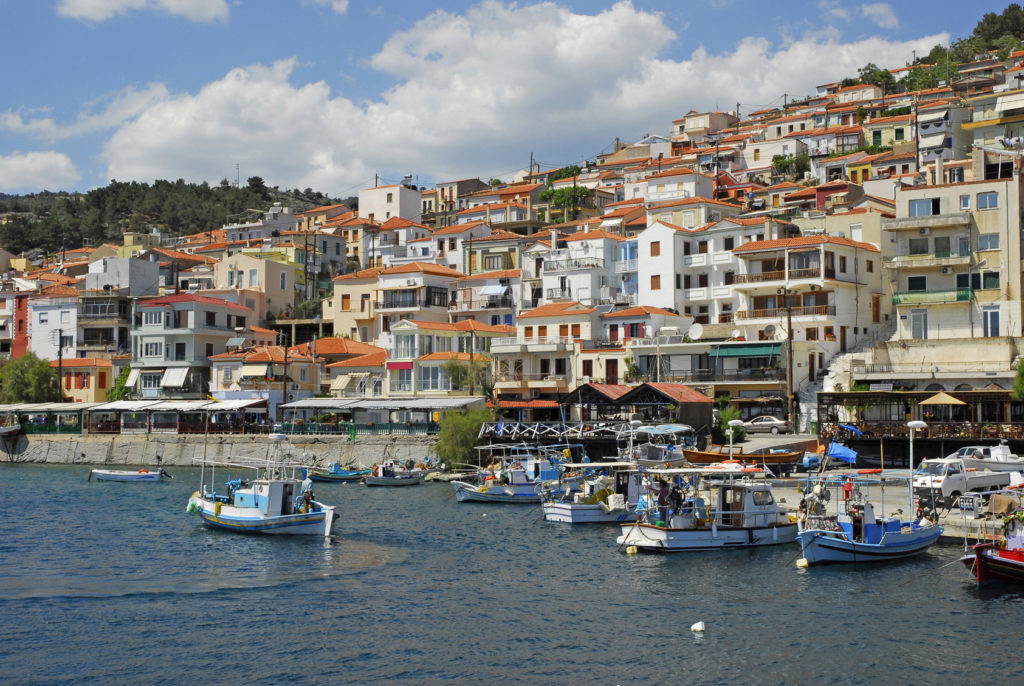 If you are meeting or leaving a cruise ship in Lesvos you’ll most likely be passing through Mytilini International Airport which lies on the coast just 8km south of the capital. The journey by road takes less than 15 minutes. Taxis are usually available for new arrivals but bus services are unreliable. The best transport option is to pre-book a private transfer from Mytilini Airport to the port or to any other destinations on the island (including Eressos). Vehicles can be provided for any group size.

Whilst many cruise ship passengers simply enjoy wandering around the streets and stopping for a glass of ouzo outside one of the traditional tavernas on the harbourside, there are a few specific attractions worth looking out for:

Mytilini Castle: This well maintained castle dating back to the 6th century is one of the largest in the Mediterranean region. From its walls you get great views over Mytilini and across the straits to the coast of Turkey. During the summer months the castle hosts numerous cultural events including theatre, concerts and art festivals.
Ancient Theatre: Archaeologists believe this site dates back to around 300BC when its capacity is estimated to have been around 15,000. It was significantly restored during the Roman period and is believed to have been inspirational in the construction of the Theatre of Pompeii in Rome.
Statue of Liberty: The port itself is overlooked by Lesvos’s own Statue of Liberty which was built by a local man who had visited New York and returned to build his own version of the revered landmark. Just below it is a place where locals go for a swim in lovely, clear water.
Museums: A couple of venues worth visiting to escape the midday sun are the interesting archaeological and folklore museums. Art enthusiasts should take a taxi to the Theophilos Museum on the outskirts of town to see an impressive display by this local artist.
Yeni Tzami Mosque: Although in need of restoration, this stone Ottoman structure located on Ermou Street is the highlight of the city’s Turkish quarter. 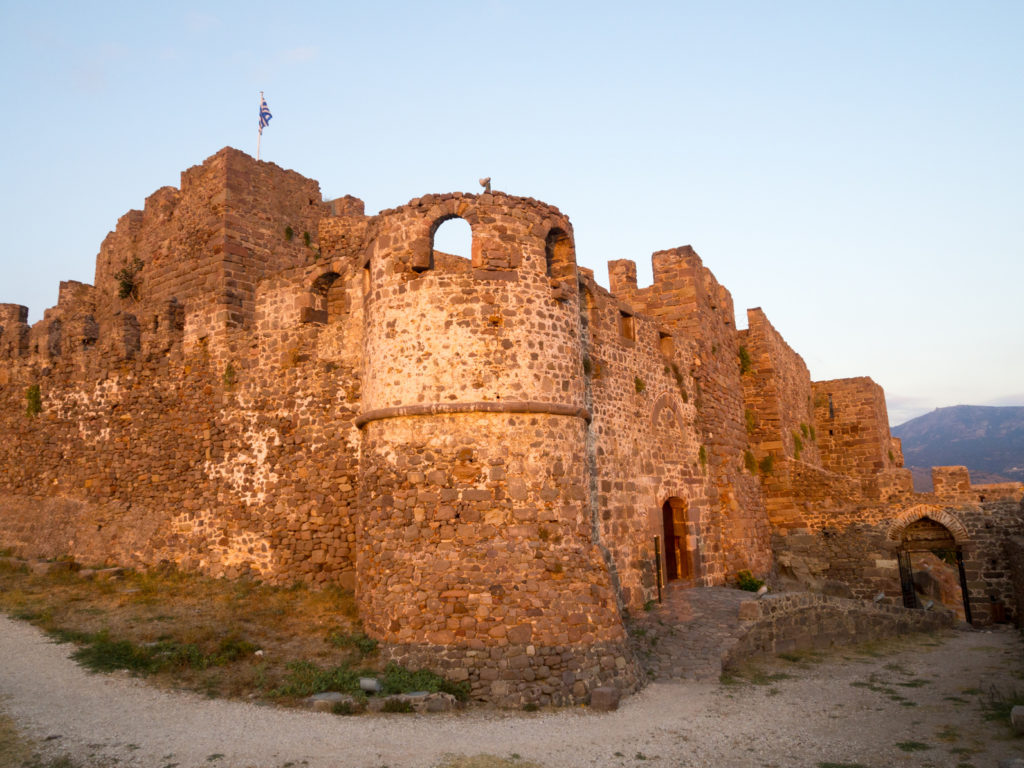 One Night in Lesvos

If you’re staying overnight in Lesvos you should check out if there are any events scheduled at the castle which is reputedly one of the best venues in the country for classical concerts. Otherwise your evening would be best spent at one of the traditional restaurants in the harbour. Highly regarded is Ourano (N Ellis 15) where you can get great views of the Turkish coastline from the terrace.