Standing partly on the island of Sao Vicente and partly on the Brazilian mainland, the port city of Santos is famous the world over for coffee and football. The city’s history can be traced back as far as the 16th century although it only came into prominence in the 19th century when its port became inextricably linked with the country’s booming coffee industry. Its other claim to fame is its football team for which Edson Arantes do Nascimento played for. Born in 1940 and better known as Pelé, he became one of the world’s greatest players who is revered around the globe to this day.

Nowadays Port Santos is responsible for a quater of Brazil’s exports and has established itself as South America’s busiest container port. In recent years the Port Authority has been actively encouraging the growth of the cruise sector which saw the arrival of more than 600,000 cruise ship passengers in the year leading up to the coronavirus pandemic which hit Brazil severely. Typically, visitors can take a city tour of the historic centre, head to the beaches of Guarujá or take a shore excursion to the city of Sao Paulo which lies 80km inland. 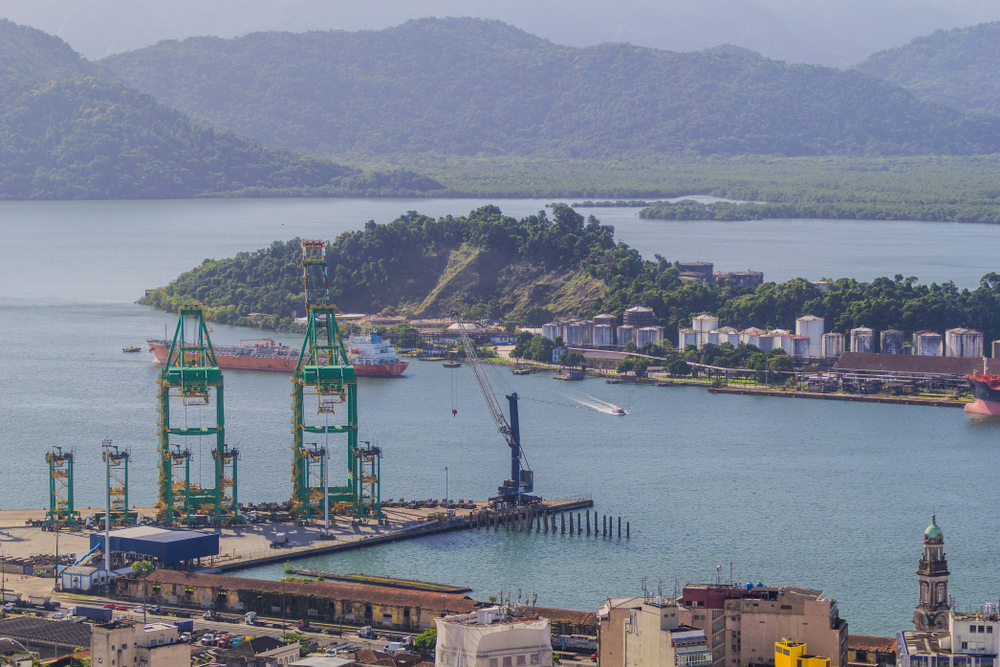 The history of the port of Santos can be traced back to 1534 with its heyday beginning in the mid-19th century thanks to the coffee export boom. Its role as a container ship port continues to be its major activity although the growth of the cruise ship industry has provided a welcome new revenue stream. A number of cruise lines including Costa, Pullmantur and MSC Cruises have established homeports in Santos although most vessels make short calls as part of itineraries along the coast of South America or on Transatlantic crossings. Cruise ships dock alongside the Giusfredo Santini Passenger Terminal which lies approximately 7km by road from the historic centre of the city. 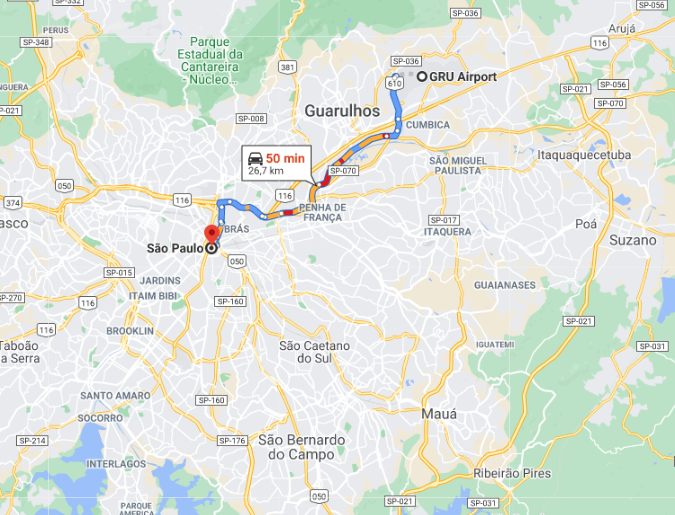 The passenger terminal at Port Santos lies approximately 100km from Sao Paulo’s Guarulhos International Airport. Public transport by bus or metro into Sao Paulo is readily available but a change of transport in the city would be required for the journey to Santos. For the sake of convenience and security cruise ship passengers are strongly advised to pre-arrange transport from Sao Paulo Airport to Santos Cruise Port (and the return journey) with a local transfer specialist. Be sure to allow plenty of time for transfers between the airport and the port as journeys can take two hours or more depending on traffic conditions.

Getting Around in Santos

There is no point whatsoever hanging around the port area on arrival as it is a major industrial complex. Therefore, passengers should arrange to do city tours through their cruise line or take a shore excursion to Sao Paulo. The only alternative is to take a shuttle bus or taxi/Uber into the city centre. Once in the downtown area it’s well worth taking a tour on the historic Linha Turística de Bonde tram service which visits most of the city’s main attractions. 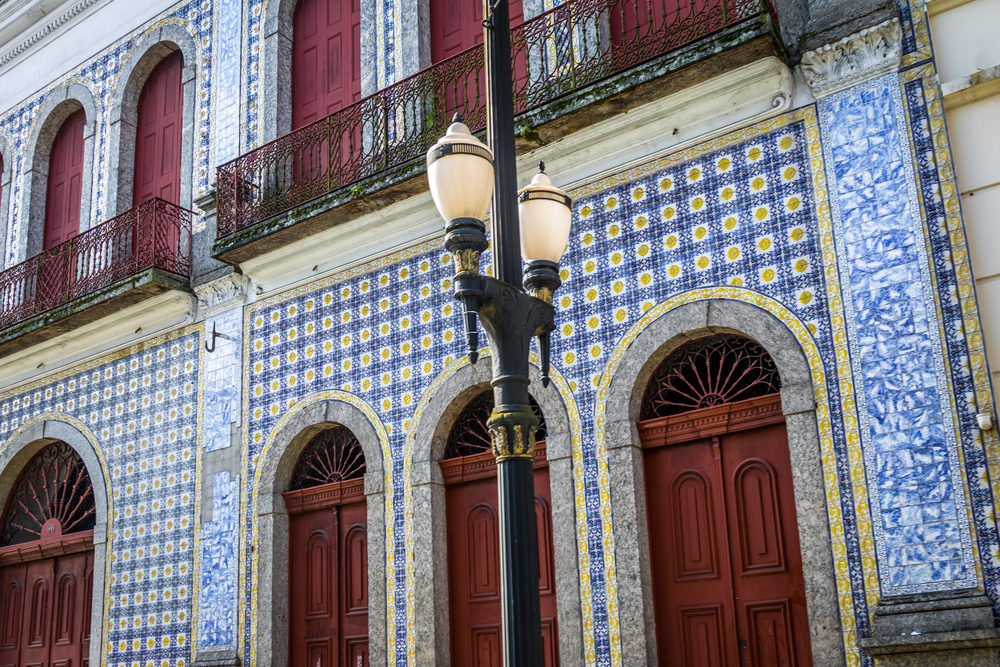 Historic Centre: During your time in port it’s well worth a visit to the old centre of Santos which is home to a selection of historic buildings such as the Catedral de Santos Nossa Senhora do Rosário (Praça José Bonifácio), the Casa da Frontaria Azulejada (Rua do Comércio, 92), Outeiro de Santa Catarina (Rua Visc. de Rio Branco, 48) and the Santuário Santo Antônio do Valongo (R. Marquês de Herval, 13). There are also a number of interesting museums which are worth a visit including the Coffee Museum, the Pelé Museum, the Marine Museum, the Fisheries Museum and the Museum of Sacred Art. Other sights of interest include the botanical garden, the zoo, and an excellent aquarium.

Museu do Café (Rua Quinze de Novembro 95): Brazil is the world’s largest producer of coffee and a large amount of its exports go through the Port of Santos. The city’s Coffee Museum is the most visited tourist attraction in Santos. The museum is dedicated to describing the history of coffee in Brazil and its importance to the country both economically and socially. It is housed in the city’s historic Coffee Exchange near the port and at the end of a tour, visitors can enjoy a cup of the local brew in the coffee shop on the building’s ground floor.

Santos Football Museum (Rua Princesa Isabel – Vila Belmiro): Football fans from all over the world have heard of Santos simply because it was the hometown club of Pelé, one of the game’s greatest ever players who won the World Cup three times with Brazil. Paris Saint-Germain’s Neymar also began his professional career at Santos Futebol Clube. Santos continue to play in the top tier of Brazilian football at their Estádio Urbano Caldeira stadium in the Vila Belmiro neighbourhood. Tourists can go to the stadium and visit the ‘Memorial das Conquistas’ which is a football museum dedicated to the club’s history. 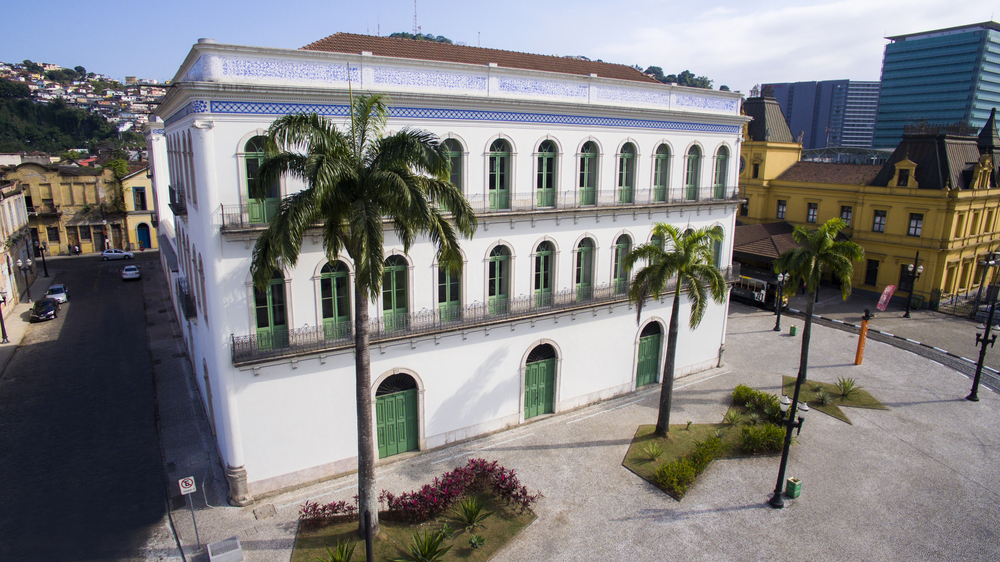 Museu Pelé (Largo Marquês de Monte Alegre, 1): Housed in a historic building close to the port, the Pelé Museum is a further celebration of the famous footballer’s relationship with the city and its football club.

Monte Serrat: Standing at just 167 metres, this ‘mountain’ is located close to the historic centre of Santos. Visitors can take a funicular to its summit from where there are great views over the city and its immense port. The main historic attraction at the top is the chapel of Nossa Senhora do Monte Serrat which dates back to the early 17th century.

Other Things To Do From Santos Cruise Port

Jardins da Orla da Praia: Santos is well-known for its beachfront gardens which run for more than 5km along the coast. Passengers can take a leisurely stroll along this beachfront with refreshment and swimming stops available at a number of local beaches. 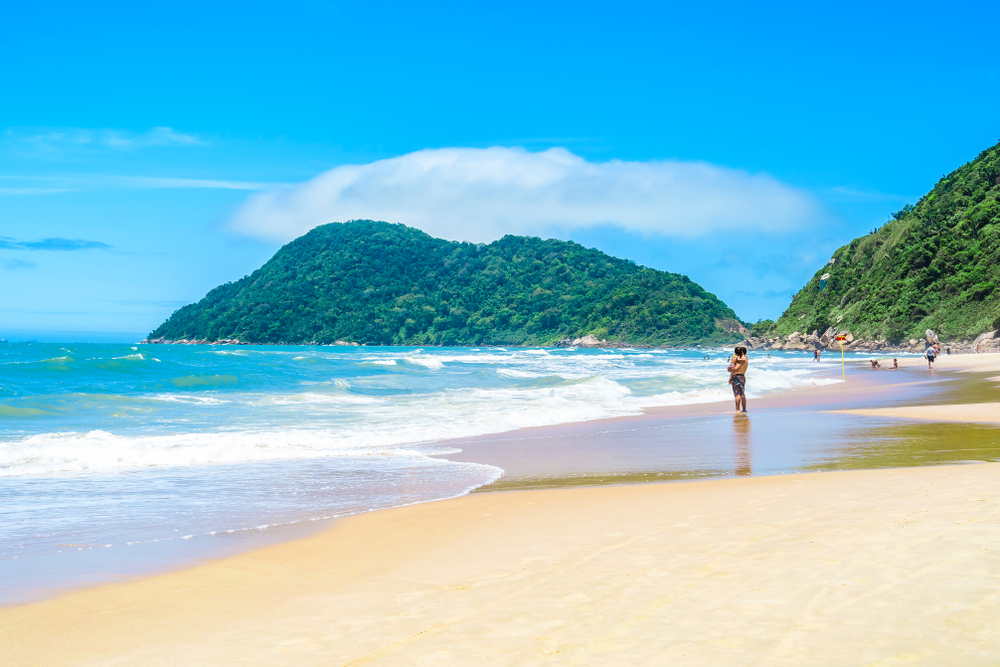 Guarujá: Just across the Santos Estuary from the city is the popular holiday resort of Guarujá which attracts many visitors from Sao Paulo thanks to its fine selection of beaches, hotels and restaurants.

Sao Paulo: Further afield is Brazil’s largest city which is home to more than 12 million people. The journey to get there and back can be extremely time consuming due to traffic congestion and upon arrival there are few major tourist attractions which makes it difficult to recommend the excursion during a cruise ship’s visit to Santos.