The island of Crete has a long and turbulent history of occupation, conflict and resistance. It is a history that is written across its cities and reflected in their architecture, and nowhere is this more evident than in the beautiful coastal capital of Heraklion.

As the birthplace of the ancient Minoan civilisation, Crete was first occupied by the Romans and the Byzantines, then by the Arabs, the Venetians and finally the Ottomans. It was not until 1913 that it was declared an autonomous state and united with Greece. Of course, each occupation left its mark on the island and particularly its capital, making a walking tour of Heraklion a very worthwhile stroll through the island’s fascinating history.

Here’s my suggestion for an ideal route through the city to take in its varied past.

Start With Views of the City at Koules

Beside the fishing harbour, you’ll spot the imposing attraction of Koules, a medieval fortress designed to protect the city from invasion from the sea. Historically, it was a fortress and prison to those who resisted occupation, and today it is the perfect place to begin your walking tour of the city.

Walk to the top of its ramparts and you will get glorious view across the fishing harbour with its brightly coloured fishing boats and stone arches. Historically, it was used to store guns and ammunition for defence of the city, whereas now it’s used to house boats in need of repair. Look to the north and you will see the island of Dia. It’s now uninhabited, but there is archaeological evidence that it was once home to a Minoan settlement. 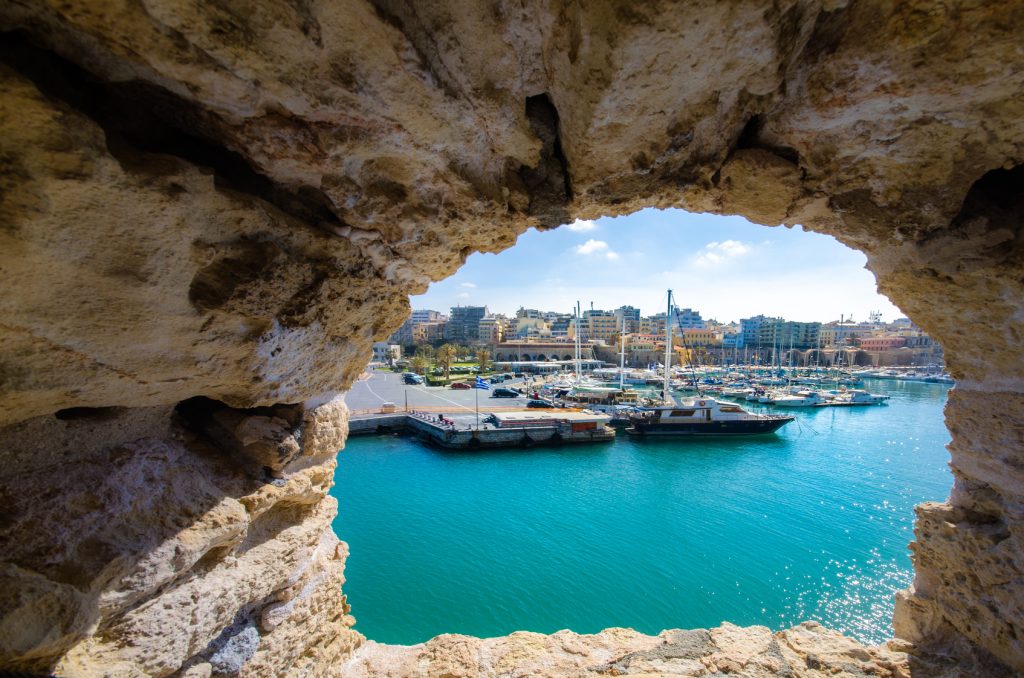 From Koules, take a stroll up 25 August Street (the date of a massacre of Cretan and British ‘martyrs’ by the Turks, which led to world powers recognising the island’s plight) to Saint Titus’ Cathedral. Saint Titus was a companion of Saint Paul who came to Crete to preach the gospel to the people here. Built in the Byzantine period, the cathedral was commandeered, first by the Venetians who used it as the seat for the Catholic archbishop, and then by the Turks, who briefly turned it into a mosque.

Unfortunately, the original building was destroyed by fire in 1544 and again by an earthquake in 1856. It was renovated in the nineteenth century, and further restoration was completed in the early twentieth century. Today, the Cathedral is home to the skull of Saint Titus, which was moved here from Venice in 1956. 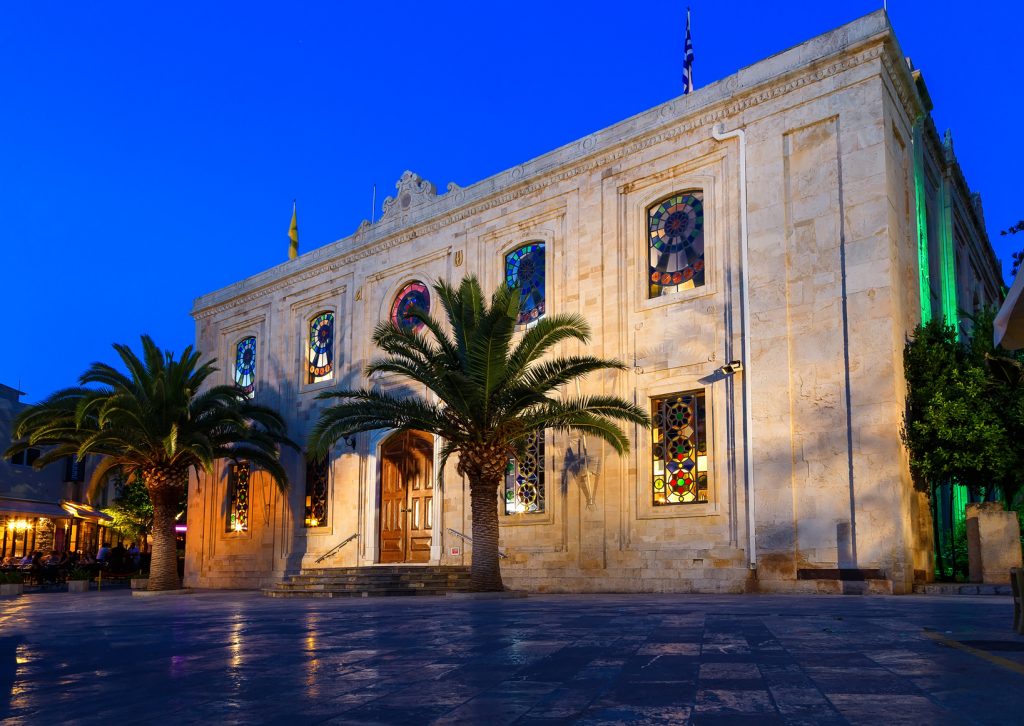 Admire the Venetian Architecture at Loggia

A short distance from the cathedral in the Piazza dei Signori, you’ll spot the Loggia, an ornate Renaissance gathering place for the Venetian nobility. The architecture is unmistakably Venetian with its impressive arches, coats of arms and classically-inspired metopes. Today, the commanding structure serves as the Heraklion town hall.

Beside the Loggia in the Piazza delle Biade is the Venetian Saint Mark’s Basilica, a thirteenth-century church that was once once used as the Cathedral of Crete. Built by the Venetian duke who reigned in 1239, his body was laid to rest here when he died.

The Heart of Heraklion, Lion Square

This picturesque Venetian square with its stunning fountain centrepiece is a popular meeting place for locals and tourists alike. The fountain, which boasts stone workings of figures from Greek mythology, including tritons and nymphs as well as sea monsters and dolphins, is well worth looking at. It was built by an Italian governor of the city in celebration of providing the city with water via a network of viaducts. 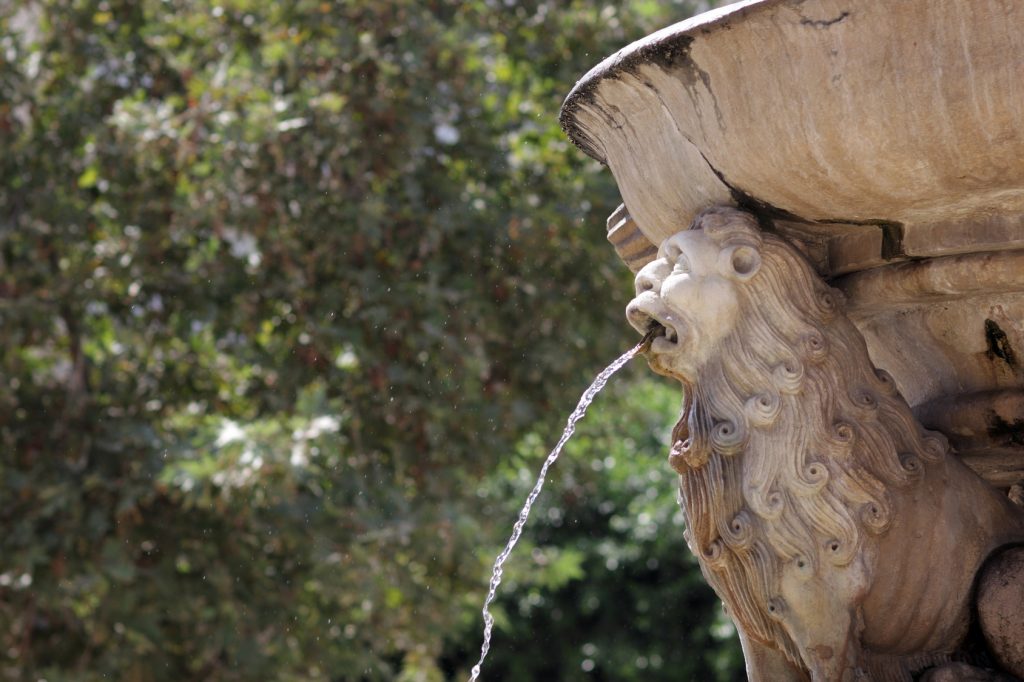 Market Street is the market at which many locals come to buy everything from socks to honey to fish and meat. Take a stroll down the beautiful side streets, where you’ll find welcoming restaurants and cafés selling bougatsas (vanilla cream pastries), fresh omelettes, souvlaki, crepes and so much more. At the end of the street, you’ll find the fish market, and you can stop off for fresh seafood at one of the ouzeries or seafood restaurants.

From Market Street, walk through Plateia Kornarou, a pretty Venetian square with one of the oldest fountains in the city. Have a coffee at Kafeneio, an Ottoman stone pavilion that still serves as a meeting place today. From here, you are only a short stroll from Saint Catherine Square, which is home to the Agios Minas Cathedral.

The cathedral only dates back to the nineteenth century, but it is still an impressive structure. More enticing, however, is the much older church of Agios Minas, also in Saint Catherine Square. This church, founded in 1555, was home to a school of Renaissance painters and writers, such as Mikhail Damaskinos. Today, it still houses a wonderful collection of religious paintings. 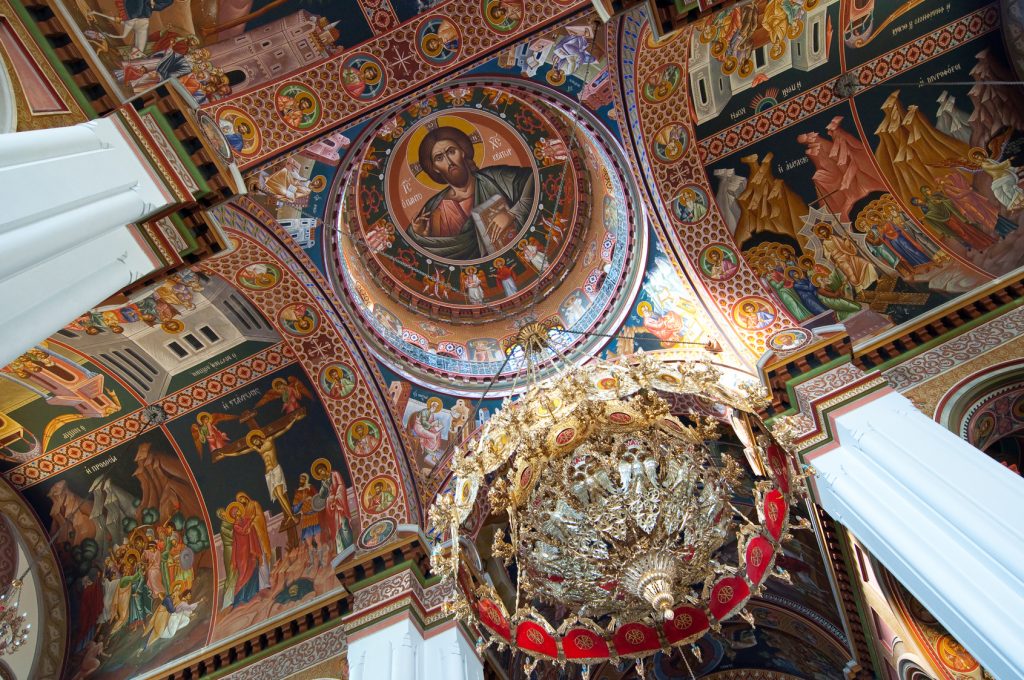 Finish Your Stroll in Freedom Square

Freedom Square is a great place to end your walking tour, as it is home to the fascinating Archaeological Museum and the shaded park, Georgiades. Both are great places to spend a few pleasant hours, but if you’d rather keep exploring, head down to Saint George Gate, which is the renowned Venetian entrance to the port.

Other Fantastic Walks in the City

If this walking tour has whetted your appetite for exploring this historic city, take a look at these walks, which have been recommended by the local council.

How to Get to Heraklion

Getting here couldn’t be easier with direct four-hour flights offered by a variety of airlines from the UK to Heraklion Airport, including British Airways and easyJet. Book a Shuttle Direct airport transfer online before you leave home and a driver will be waiting at the airport to meet you when you land and drive you directly to your accommodation.

Kastro Hotel – The quirky three-star Kastro Hotel is located close to all of the major attractions and offers a great buffet breakfast, which is perfect for building up your strength for a day of sightseeing.

Lato Boutique Hotel – The stylish Lato Boutique Hotel offers rooms with fantastic views of the harbour. But the real highlight here is the rooftop dining room and bar, both of which offer mouth-watering dishes and spectacular harbour views.

Shuttle Direct is the leading provider of airport transfers in Europe and North Africa. Choose from shared or private transfers and you will be met in the arrivals lounge by a friendly and experienced driver whose knowledge of the local area is excellent and who will drive you directly to your accommodation.