Nestled on the Catalonia’s coastline, Santa Susanna is a stunning seafront holiday resort that combines an intricate history with many modern attractions. While its sandy beaches are ideal for a relaxing day in the sun, its medieval cobbled streets and ancient edifices give you an interesting insight into the area’s heritage.

Santa Susanna allows you to discover its traditional charm, with its medieval monuments and traditional markets, and explore the new, with its various restaurants and atmospheric bars.

This Catalonian town boasts an abundant range of historical monuments that are witness to Catalonia’s complex history.

These large fortifications were built after the town’s population tired of suffering from pirate raids throughout the fifteenth and seventeenth centuries. The locals took turn keeping watched and raised an alarm when a threat was sighted. 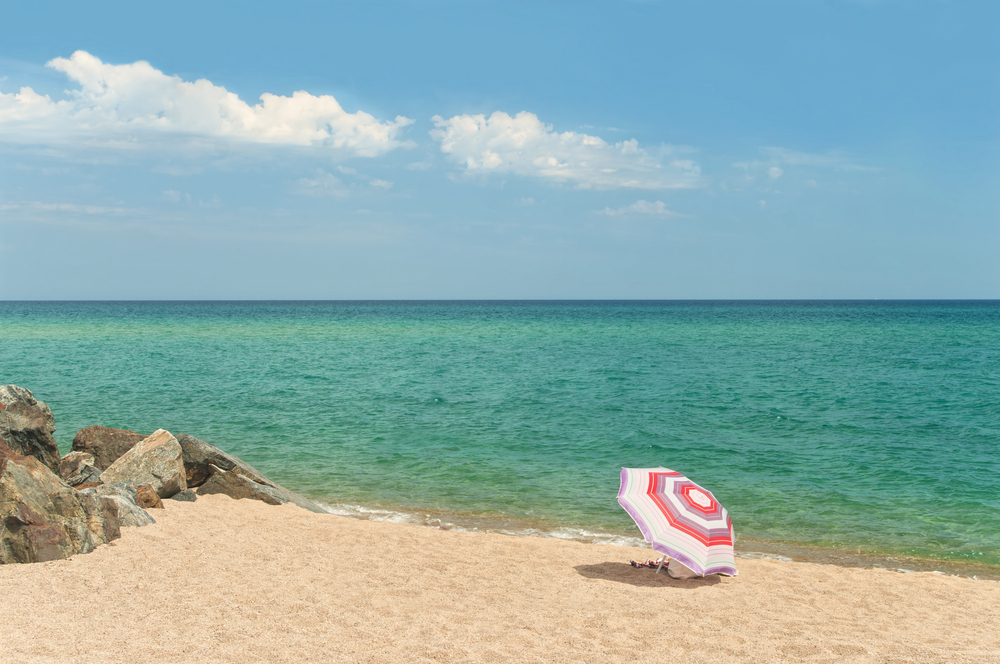 The Churches and Chapels

Founded on a site where the brotherhood holds their yearly commemorative meal on the feast day of Saint Isidre, this chapel is very modern. Its natural setting also adds to its charm.

An ambitious local erected this edifice free of charge in the post-war period. Inside, you’ll find a range of religious paintings. On the left, Saint Susanna’s arrival in heaven is depicted, while the central image is an allegory of the Eucharist and the one on the right represents her martyrdom.

A simple brick building painted white, this shrine is located near Santa Susanna and the town of Pineda. Locals from both municipalities come here to declare their devotion to the Virgin Mary.

This infamous chapel was a popular stop-off point for pilgrims. Surrounded by farmland, travellers would pause here to pray to Saint Crist de Balasch for a safe and successful journey forward.

Nestled between two historic edifices, Can Ratés and Can Bonet, this chapel was once the main prayer site of the town. Adjacent to a farmhouse, the chapel belonged to the farmer’s family. Though it fell into disuses, the building has since been restored to its former glory. 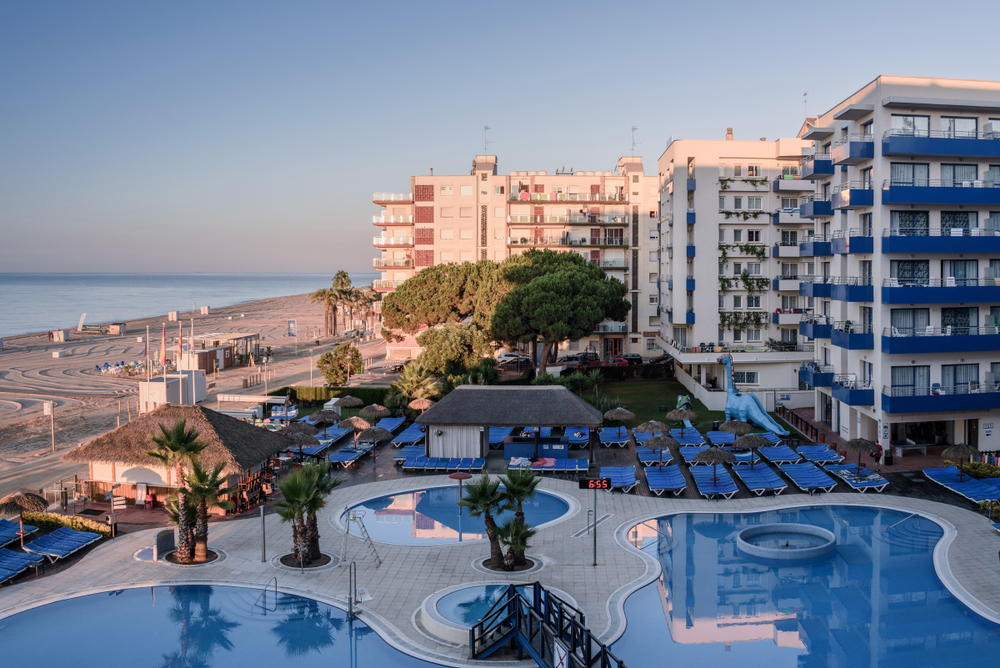 Constructed as a protection against the Nationalist bombardment during the Spanish Civil War, this bunker is located near the Platka de les Dunes beach. You can enter the concrete edifice through a narrow corridor. In the central space, there is a raised platform with a machine gun post. There are also two artillery and observation apertures that overlook the Barcelona coastline.

Built in the 1800s, the Paret d’en Ratés is an intricate network that once channelled water resources across the local estates. Though only 200m of this conduit has been restored, it was several kilometres long in its prime. It contributed greatly to the area’s agricultural prosperity by irrigating crops, carrying water to the flour mill and filling the town’s pipelines.

While on your off-the-beaten-track adventure, don’t forget that Santa Susanna also offers many modern gems, including markets and eateries.

There is a range of local markets throughout the week. 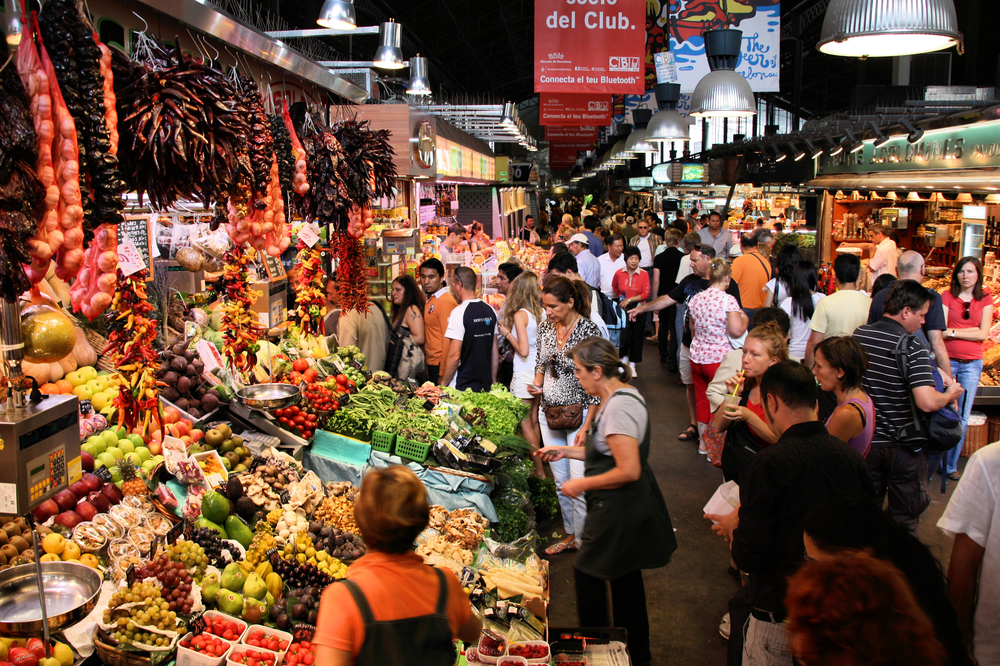 While there is a range of tasty restaurants, these are three bistros you won’t want to miss.

Serving traditional Spanish cuisine, the staff will present you with a delicious tapas of bravas, shrimp and cheese in a warm and friendly environment.

A taste of home away from Britain, this restaurant offers full English and Scottish breakfasts, as well as old-fashioned roasts on Sundays.

Often proclaimed the nicest bar in the area, it serves over 30 kinds of beers and cocktails. People here are friendly and up for a chat, making it a great place to meet new people. 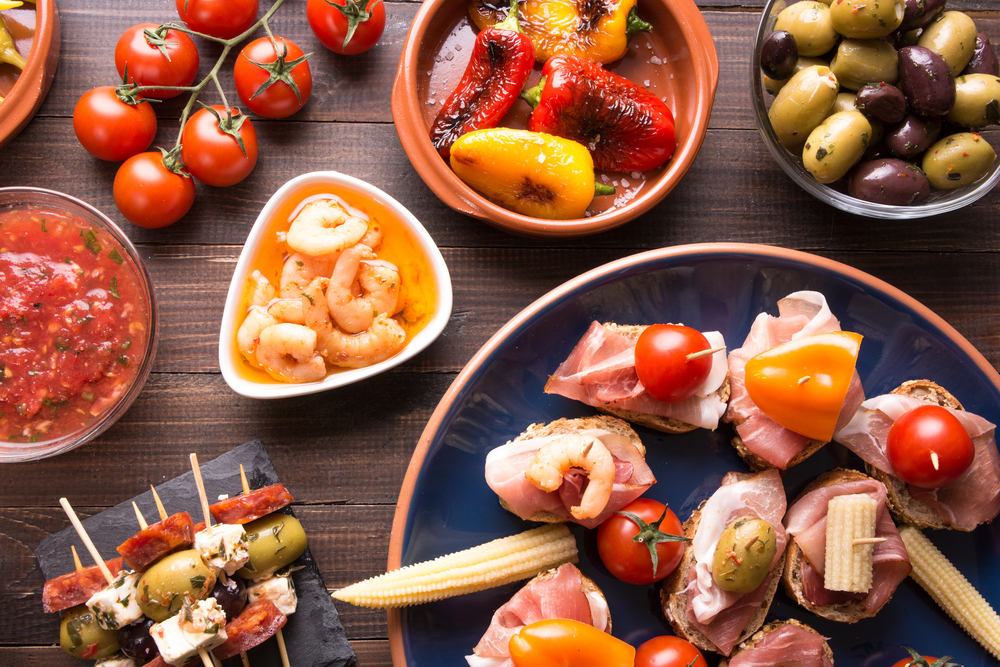 How to Get to Santa Susanna

The most convenient way of getting to your Catalonian resort is to fly to Girona Airport. Ryanair and Jet2 both offer inexpensive direct flights from across the UK. The flight time is two hours. You can then book a shared or group airport transfer with Shuttle Direct and meet fellow travellers as soon as you land. It’s a cheap and efficient way of getting to your resort and the perfect opportunity of to get some tips from other tourists. 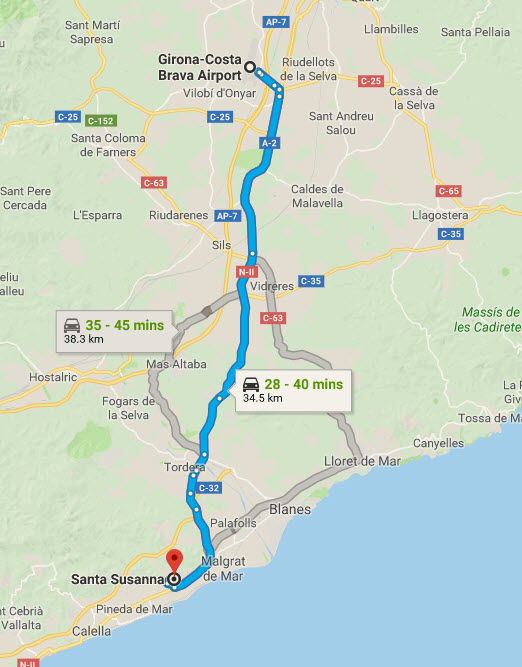 Shuttle Direct is a leading transport provider offering airport transfers at a fixed low price. Book a shared, group or private transfer in advance via the website. A friendly driver will safely take you to your destination and may even provide some local insider knowledge to keep you entertained on your journey.