Greek heroes, Roman settlers, Crusader knights and Ottomans alike have all left their mark on the Mediterranean island of Cyprus, which deserves to be known for much more than its beautiful beaches and agreeable climate. Despite the island’s turbulent past and history of destructive earthquakes, many amazing attractions remain scattered across the landscape in varying states of preservation. Most notably, you’ll find many momentous landmarks in the region of Limassol, situated in the far south of the island.

Cyprus can rightly be considered a cradle of civilisation, and there is evidence of habitation in Kourion – now an archaeological site of immense historical importance – that dates back to the Neolithic Age. Sadly, no structures from this distant period survive.

However, there are many Ancient Greek and Roman monuments which still stand, such as a theatre that was built in the second century BC, and is once again being used for performances today.

Once you’ve imagined what it must have been like to take in a tragedy or comedy in the days of antiquity, move on to the nearby House of Eustolios, a Roman villa which later became a public bath house. Adorned with gorgeous mosaics which remain exquisitely well-preserved, you should keep an eye open for the marvellous mosaic, which depicts the god Ktisis and a partridge. 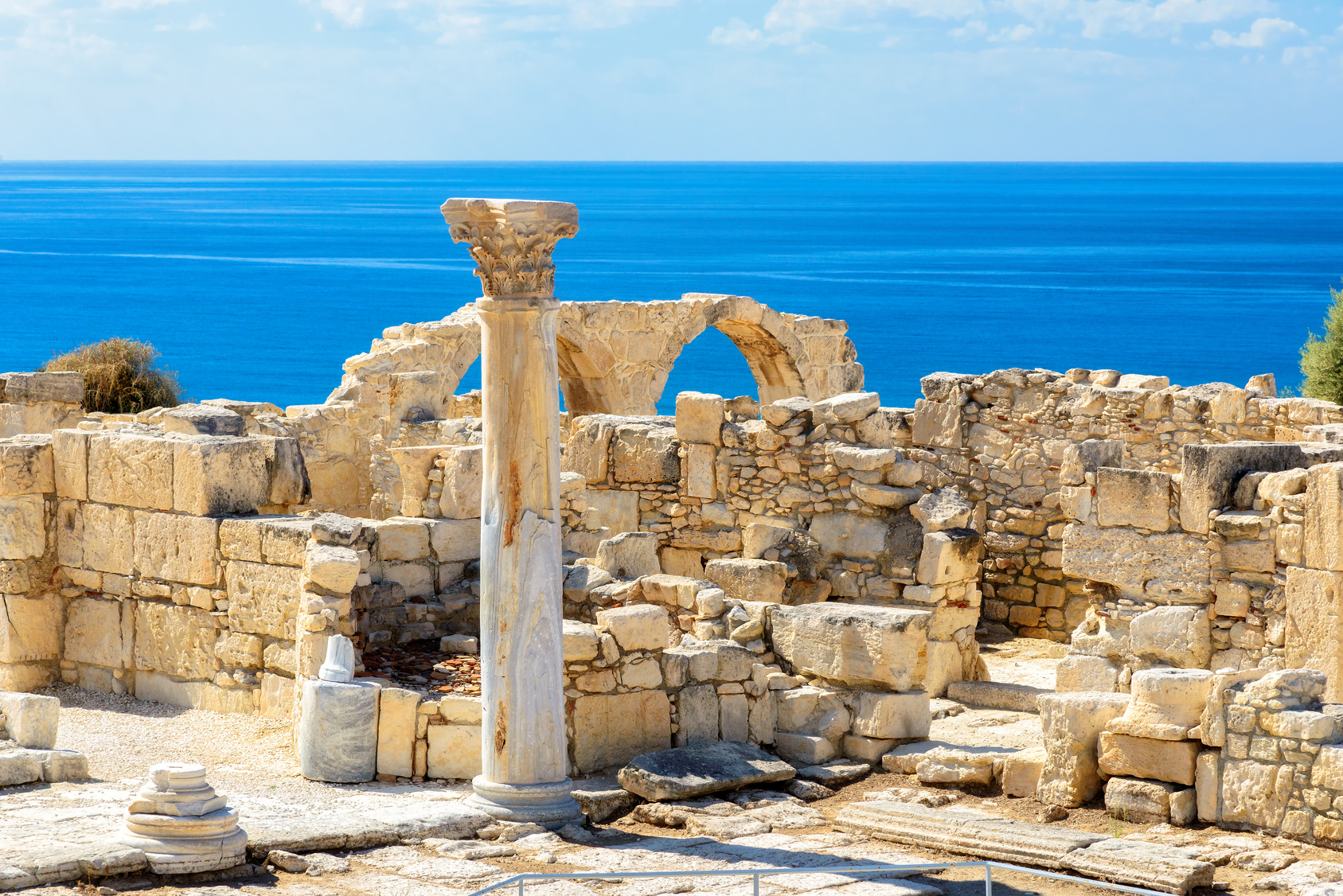 In the heart of the city’s medieval district stands a castle, which has a strong connection with English history. It was here that Richard the Lionheart married Berengaria of Navarre in 1191 while enroute to the Holy Land to take part in the Third Crusade. The castle houses the Limassol Medieval Museum, which has a repository of period arms and armour, as well as religious icons. Just east of the main square is a beautiful Baroque cathedral, while the Grand Mosque can also be found in this area.

Despite its diminutive size, Kolossi Castle initially served as an important strategic base for the Knights of St John, and later for the Knights Templar. You can enter the castle, which was built in 1210 AD, via a small drawbridge, which made the edifice exceptionally difficult to attack in its glory days. After crossing the bridge, you will come into a chamber, which is decorated by a fresco, portraying The Crucifixion. Take the staircase up to the ramparts for fantastic views of the village and surrounding area, as well as the ruins of a sugarcane factory that was once used by knights. 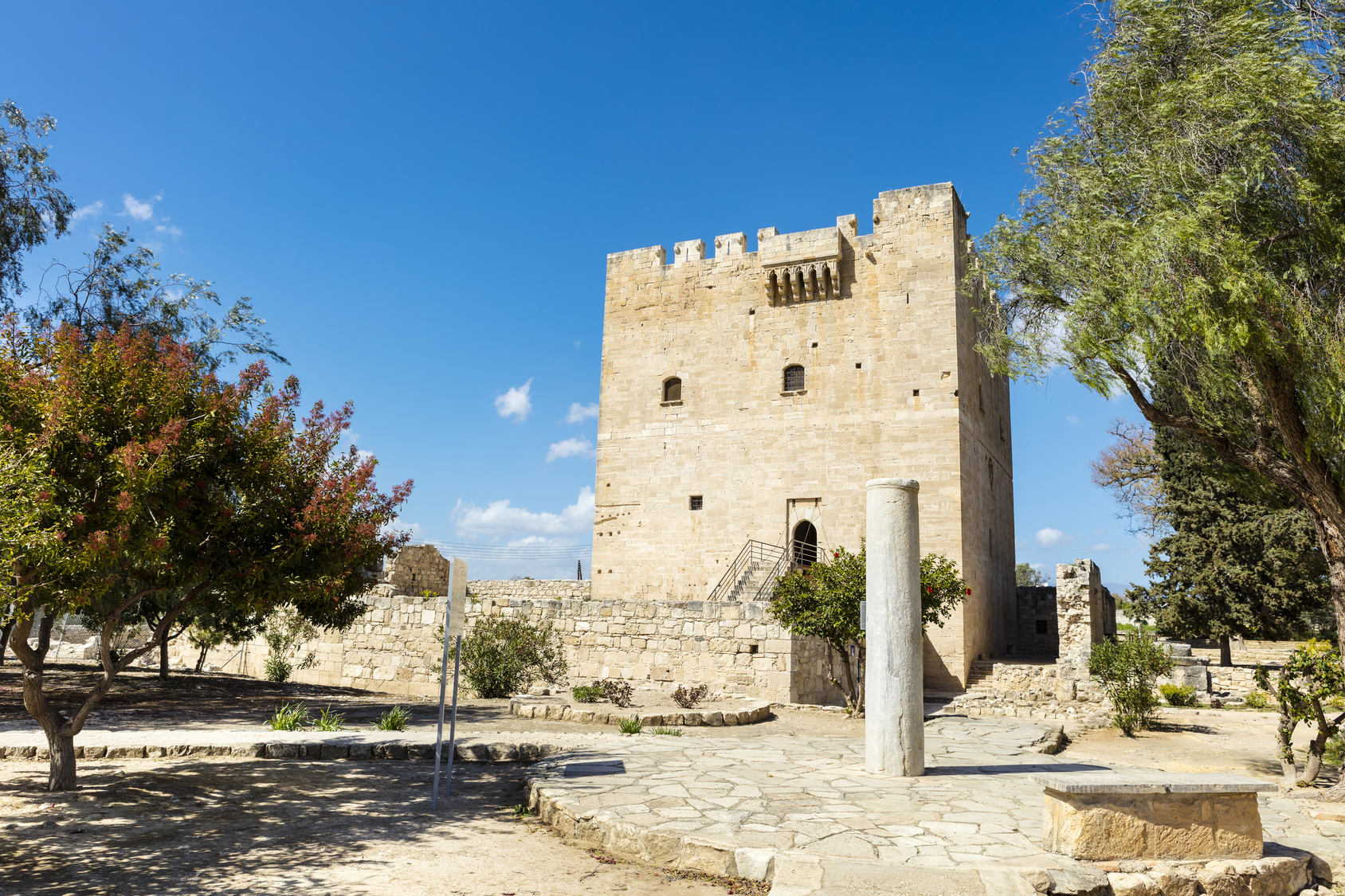 If you know your Greek mythology, then Amathus may well be a name you recognise. It was here that the hero Theseus, having slain the Minotaur, left the pregnant Ariadne, the daughter of King Minos, and returned to his home city of Athens. Today, Amathus is an archaeological site; as with Kourion, the ruins are of Roman and Byzantine provenance. Due to a series of earthquakes in the fourth century, which hastened the decline of this Roman commercial port, the ruins are not as extensive as Kourion’s. However, the partially reconstructed Agora and hilltop Acropolis still make a visit very worthwhile.

After exploring ancient ruins and Crusader castles, be sure to check out the excellent Archaeological Museum, which provides a less strenuous way of discovering more about Cyprus’ past. The museum showcases an extensive collection that benefits greatly from the island’s long and varied history, with rooms that are dedicated to local Neolithic artefacts, – including pottery and tools – as well as Greek and Roman antiquities. 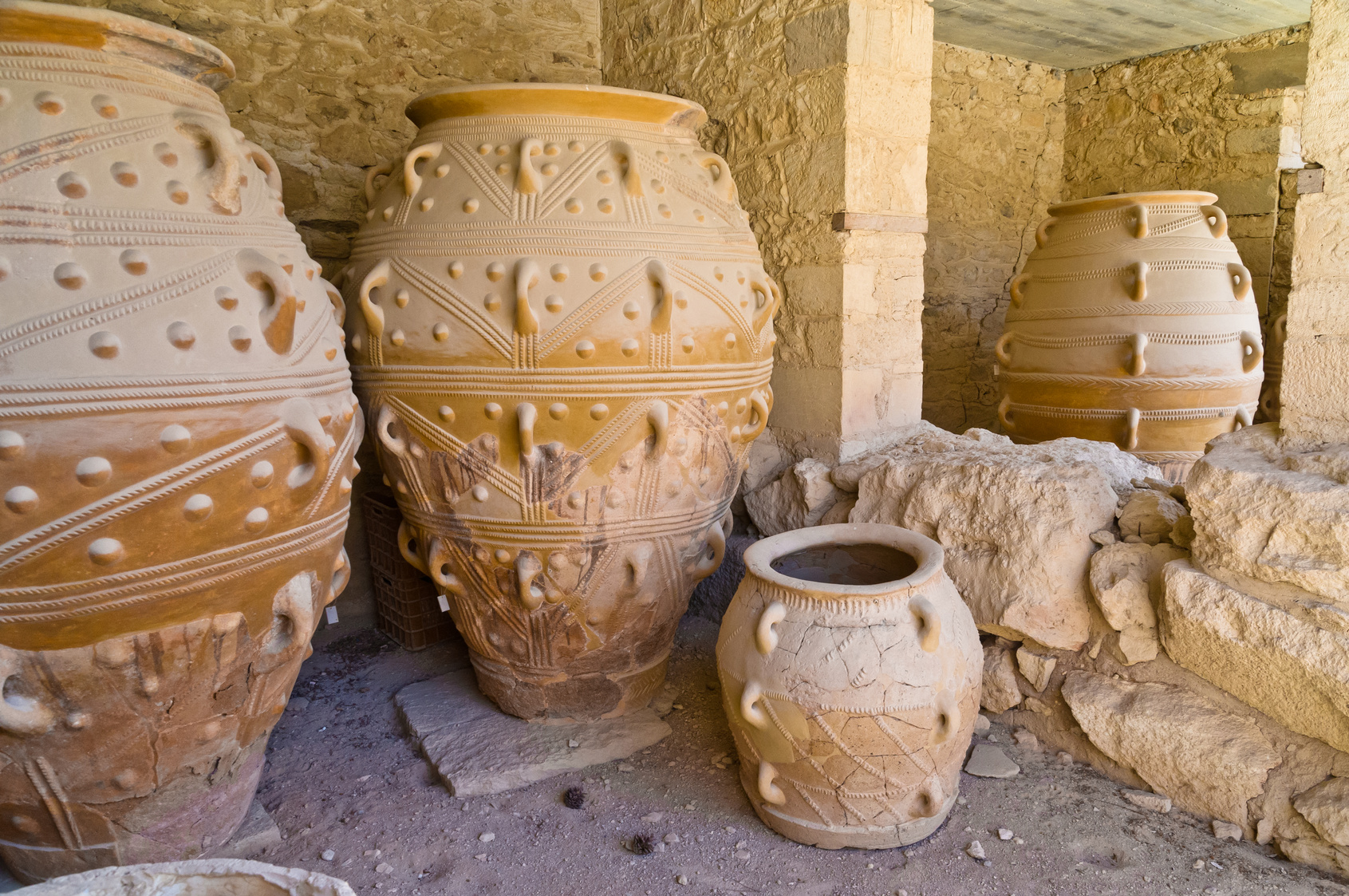 How to Get to Limassol

There’s no shortage of direct flights from the UK to Cyprus; the two main arrival airports, Paphos and Larnaca, are well served by flights from London Gatwick and Heathrow. Thomas Cook and easyJet are recommended if you’re seeking to save money, while there are good deals to be found with British Airways as well. From both Paphos and Larnaca, Shuttle Direct offers a variety of excellent transfers that you can book in advance. A direct and private transfer from the airport to your accommodation with Shuttle Direct will guarantee a comfortable and relaxing start to your holiday that no public transport system could. 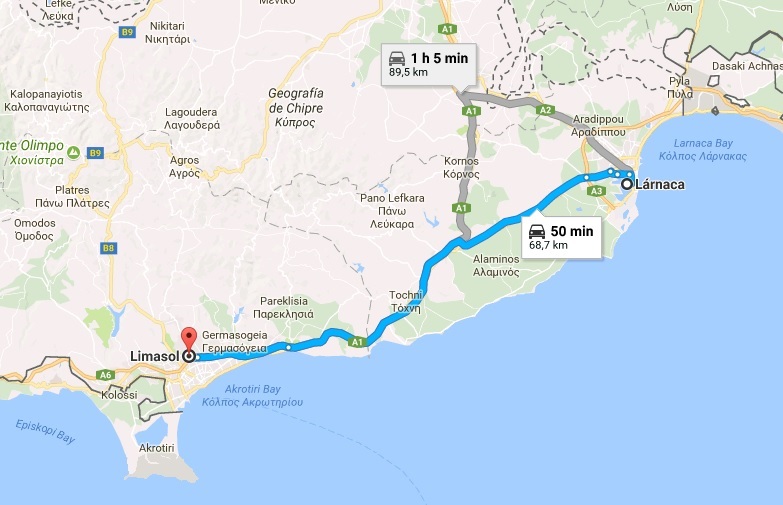 Alasia Boutique Hotel – This modern and comfortably furnished hotel is located close to the centre of Limassol. After a day of sight-seeing, you can relax in the spa or by the pool, before enjoying champagne and Italian cuisine at the in-house restaurant.

Curium Palace Hotel – The Curium Palace Hotel is tastefully decorated with colonial-style décor, and is only a fifteen-minute walk from the centre. Along with an in-house restaurant and pool, there’s a tranquil garden to relax in at any time of the day.

Central Boutique Apartments – Located down a quiet street, but still within easy reach of Limassol centre and the seafront, these spacious and well-appointed apartments are self-catering. Should you wish to treat yourself, there are also many restaurants within walking distance.

Shuttle Direct is the leading provider of airport transfer services in Europe and North Africa. For years, travellers have entrusted Shuttle Direct to handle their transport needs, and our excellent range of low-cost and efficient services provide holidaymakers with a hassle-free start to their holiday. All you have to do is book your transfer via our user-friendly online booking system, and then we’ll do the rest while you look forward to your cultural exploration of Cyprus.