Wroclaw is a beautiful city with a rich history. As the fourth largest in Poland, the city has existed in some form for more than 1000 years and has been part of the kingdoms of Poland, Bohemia and Hungary, as well as the Habsburg Empire, Prussia and Germany. It first became part of Poland after the Second World War. Since then, the town has carved out a significant cultural role. In addition to housing a renowned university, it was made European Cultural Capital for 2016.

There’s plenty to see here, and a lot to understand about the region’s complex, contested history. While Wroclaw has many fantastic cathedrals and churches, and one major historical synagogue, we won’t be looking at those in this article. Instead, we’re going to focus on the attractions that best present the city’s culture.

What? One of the most important cultural centres in Poland.

Where? In the city centre, near Ogród Japoński park.

When? Hala Stulecia is open throughout the year and hosts a variety of events. Details can be found online.

A UNESCO World Heritage site since 2006, the Centennial Hall was designed by architect Max Berg and completed in 1913. Today, it plays host to a wide range of events, from concerts and exhibitions to corporate conferences. When no events are taking place, it’s open to the public.

Look out for the mixture of traditional and modern architecture, which gives a palpable sense of the city’s long, changing history. 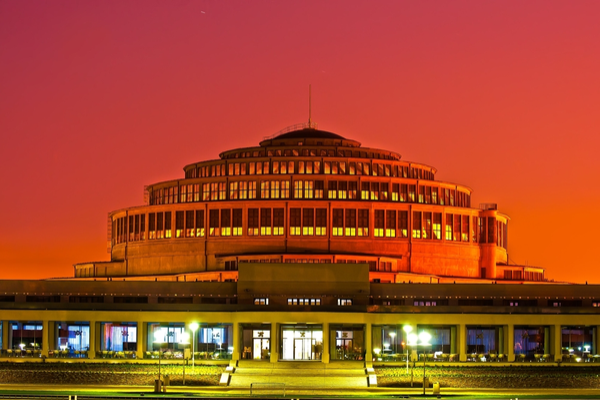 What? A large fountain commemorating the end of communist rule in Poland.

Where? Outside the Hala Stulecia.

When? Light and music shows play every hour year-round, with longer performances at 10pm in July and August and a little earlier in September and October.

Completed in 2009 to mark the 20th anniversary of democratic elections in Poland, the Multimedia Fountain is a remarkable sight. Over 300 nozzles combine in intricate patterns to produce dazzling water shows, backed with music and coloured lighting.

Top Tip: If you’re in Wroclaw over summer, make sure to check out a late-night show. 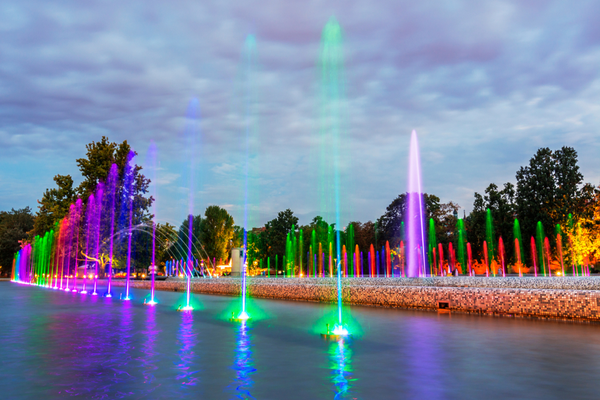 What? A large, bustling market square.

Where? About 20 minutes west of the Centennial Hall by public transport.

When? Though it’s busy all year, the square really comes alive on local holidays.

Visit the square and prepare to travel way back in time. One of the largest market squares in Europe, Wroclaw’s dates to at least the early thirteenth century. Today, it often hosts public parties and is adorned with street art.

Look out for the two town halls. The Gothic Old Town Hall is especially remarkable: at 60m, it’s the highest in the country.

Top Tip: Market Square is a great place to meet, relax, and eat. It boasts a lot of great restaurants, so you really can’t go wrong. Look out for Piwnica Swidnicka in particular – it credibly claims to be the oldest restaurant in Europe. 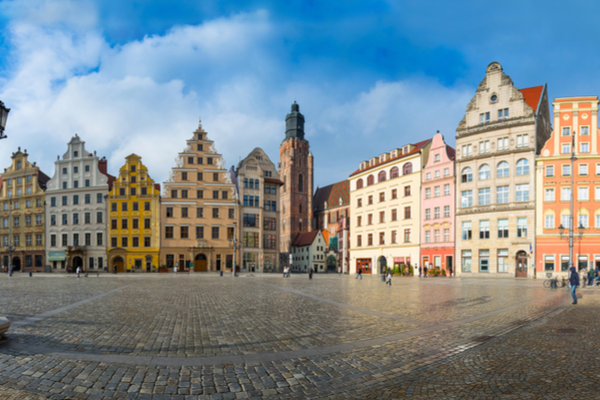 What? A massive nineteenth century painting commemorating the Battle of Racławice.

Where? About a 15-minute walk east of Market Square.

When? Visitors can see the panorama most days of the year.

The first thing that strikes viewers of the Panorama Raclawicka is its sheer size. At 15m high and a staggering 114m long, it’s a commanding piece of work. Its dominating effect is enhanced by lighting and terrain effects emphasising its features. Depicting a real nineteenth century battle, complete with many recognisable historical figures, the panorama is a great example of how Poland remembers its past.

Did You Know? The Panorama Raclawicka is so vast that it’s stored in its own dedicated building. 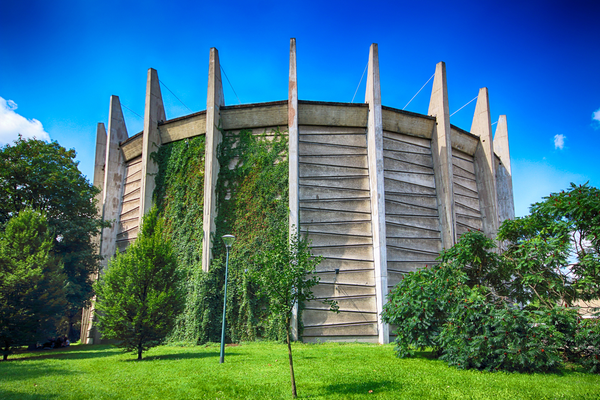 Monument of an Anonymous Passerby

What? A series of statues by artist Jerzy Kalina.

Where? At the intersection of Piłsudskiego and Świdnicka streets.

When? As publicly displayed art, the piece can be viewed at any time.

Completed in 1977, these 14 bronze sculptures were moved onto the street in 2005. The figures seem to rise and fall as you approach, with each set at a different height in the road. It depicts multiple generations of a typical family, and was ranked one of Newsweek’s 15 most beautiful places in Poland in 2011.

As with all great art, what you get out of the monument, also called Passage, depends on what you bring to it. Some read it as a commentary on the brutal martial law of the 1980s, although it was created before then. Perhaps its placement on the street serves as a reminder that art’s meaning evolves as we experience it. 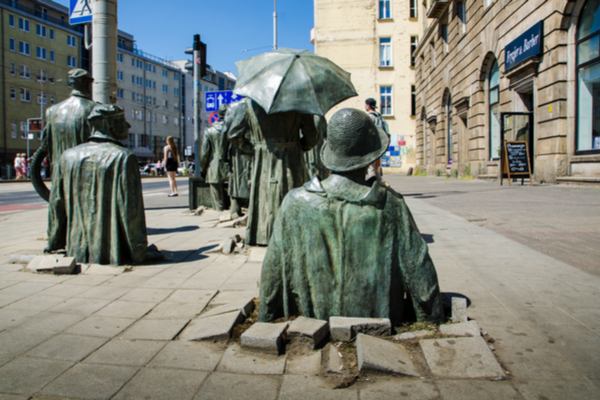 Visitors to Wroclaw should also check out the city’s old town, as well as some of the religious sites mentioned above. Perhaps the best thing you can do, though, is just wander the streets and explore.

Several airlines make the journey from London to Wroclaw airport a few times a week. The flight takes less than two hours and is often quite cheap. Once you arrive at the airport, a shuttle transfer can get you to the city centre in half an hour.

Apartment 24 Dabrowskiego – Located in the heart of the city, this hotel offers free wifi and private parking as well as a flat-screen television. Guests also get the luxury of a private bathroom, complete with hairdryer and washing machine, and can specify if they want a kitchen.

As the leading airport transfer operator in Europe and North Africa, Shuttle Direct prides itself on its ability to get you where you need to go quickly and with no fuss.