Finland, the easternmost of the Scandinavian nations, is an escapist’s dream. With lush pine forests, clear lakes, sweeping hills and, of course, the midnight sun and Aurora Borealis, there is enough beauty in this sparsely populated country for a lifetime. Enjoy the husky sled rides in the countryside, the Christmas markets in Helsinki, and the popular cruises between coastal cities all in one fabulous holiday. 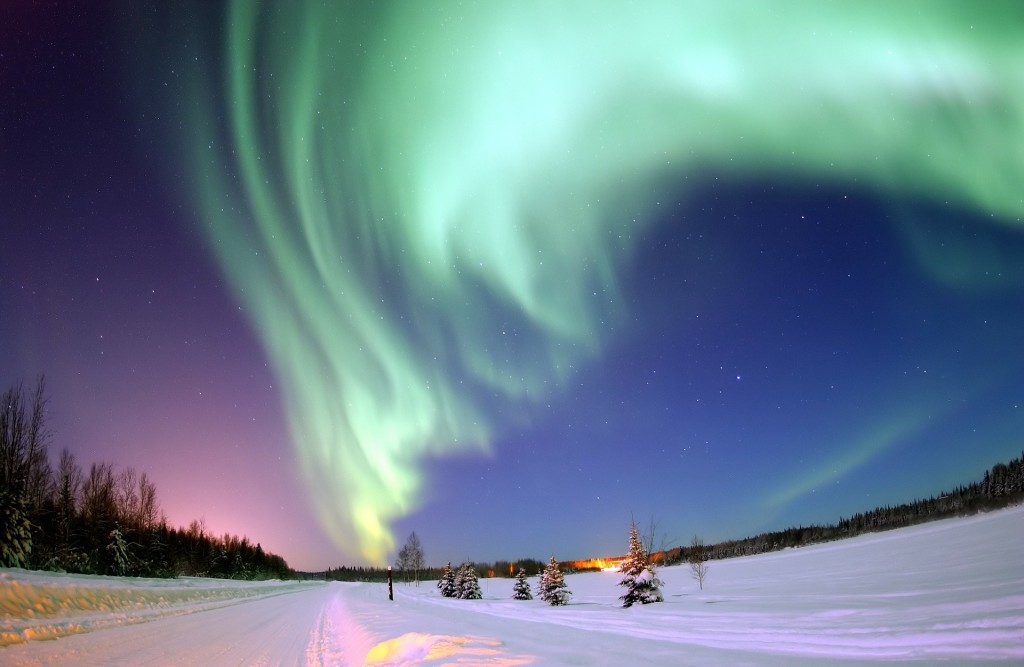 It really depends on what kind of trip you have in mind. If you want to immerse yourself in Finland’s breath-taking swathes of unspoilt natural settings, go north between September and March to increase your chances of seeing the Aurora Borealis, or between May and August to experience a full Midnight Sun. If you are visiting in the summer, take advantage of the country’s numerous lakes and bathe in some of the world’s clearest waters.

If you would rather stay in Helsinki or near a city, the architecture is often stunning, ranging from tall, lavishly decorated churches to rows of small, wooden houses next to the river in Porvoo. Places such as the Museum of Contemporary Art Kiasma in the capital or Turku Castle, which remains almost exactly as it was in the 1500s, will surely satisfy your cultural cravings. 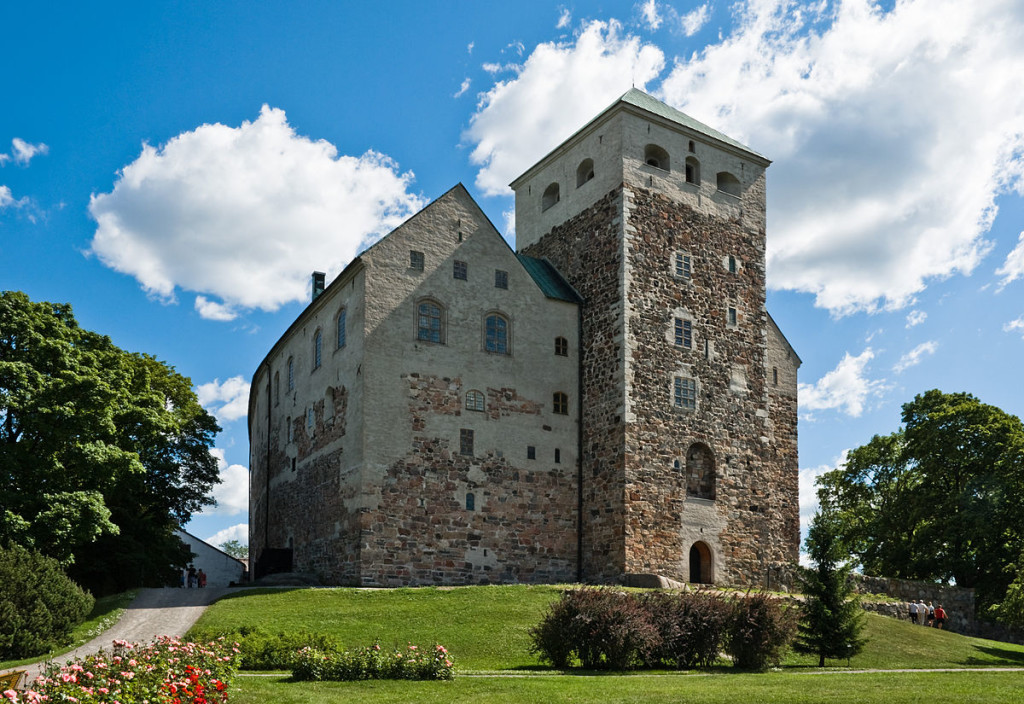 Seasonal produce and local delicacies are mainstays of Finnish cuisine, which mixes countryside traditions and haute cuisine with delicious results. Karjalanpiirakka, a rye pastry traditionally filled with potatoes, rice or carrots, and kalakukko, similar but filled with fish, are two of Finland’s most popular savoury pastries. Reindeer meat, served with mashed potatoes and lingonberry jam, is very typical in the north. 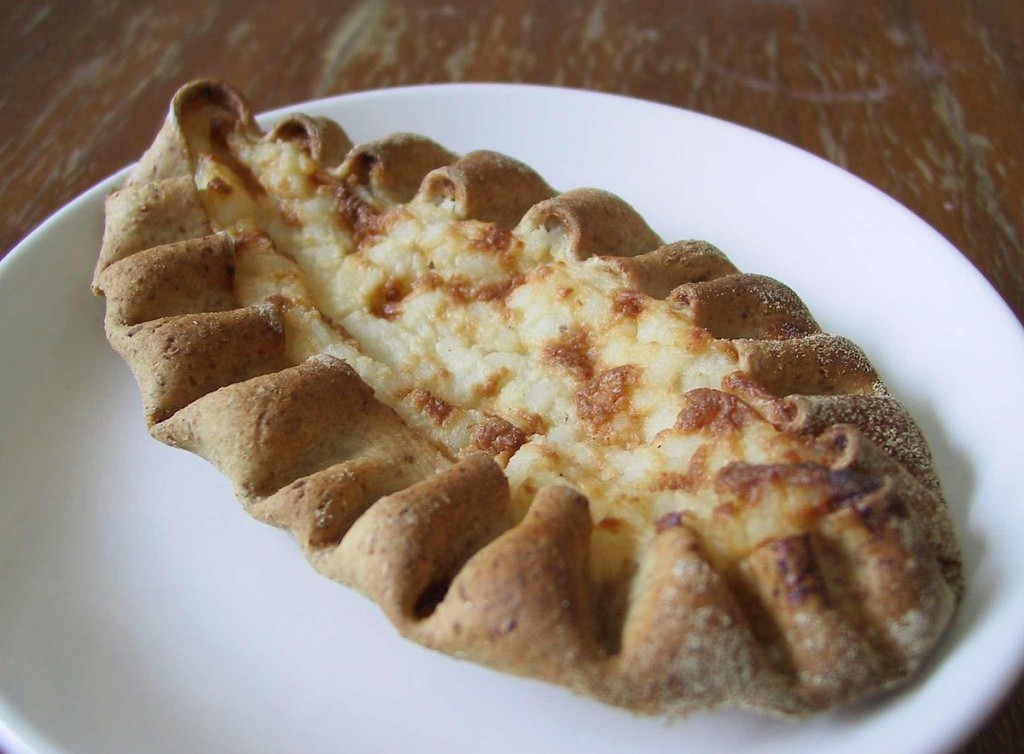 With regards to puddings, any Finnish person will tell you not to leave their country without having tried mustikkapiirakka (blueberry pie served with fresh milk) and korvapuusti (cinnamon buns).

Influenced by the warm currents of the Gulf Stream, Finland’s climate is milder than most other countries’ of the same latitude. Although the four seasons are distinct, winter is the longest season by far, apart from on the south coast. Temperature ranges are very wide, with the warmest averages of 13°C -17°C taking place in July and the coldest ones of -22°C – -3°C in February, and snow cover is fairly common in the south between December and April. 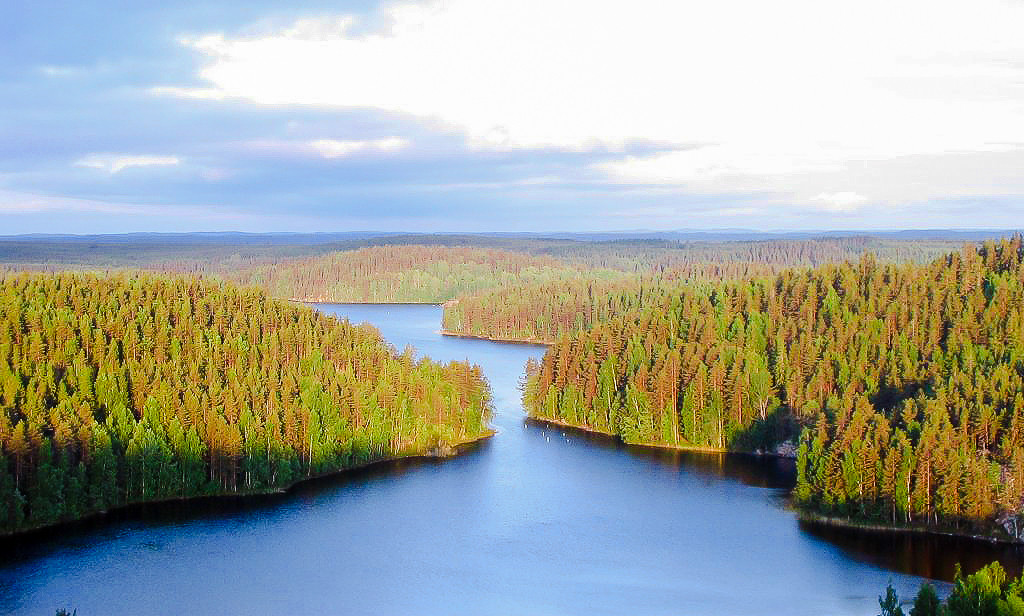 How to Get to Finland

The easiest way to reach Finland is by flying into any of its 5 international airports, the main one being Helsinki-Vantaa, some 20 km north of the capital. From the airport, you can easily take an airport shuttle service to your destination or hop onto a train, which will take you to Helsinki in just over half an hour. 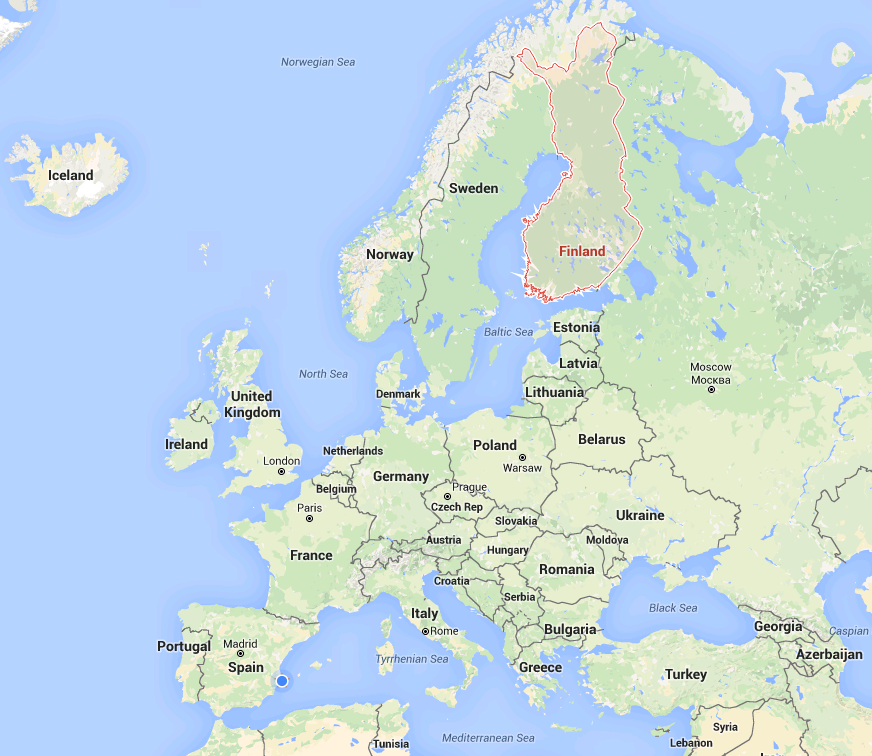 If you want to take your own car, the itinerary is slightly more complicated: you drive to Denmark, where you take a ferry to Norway, drive across Sweden to its eastern coast, and board another ferry to Finland, from where you can drive to your destination using the country’s comprehensive road network.

There are no train services between Sweden or Norway and Finland, but there is a bus that travels the gap from Boden/Luleå (Sweden) to Kemi (Finland). 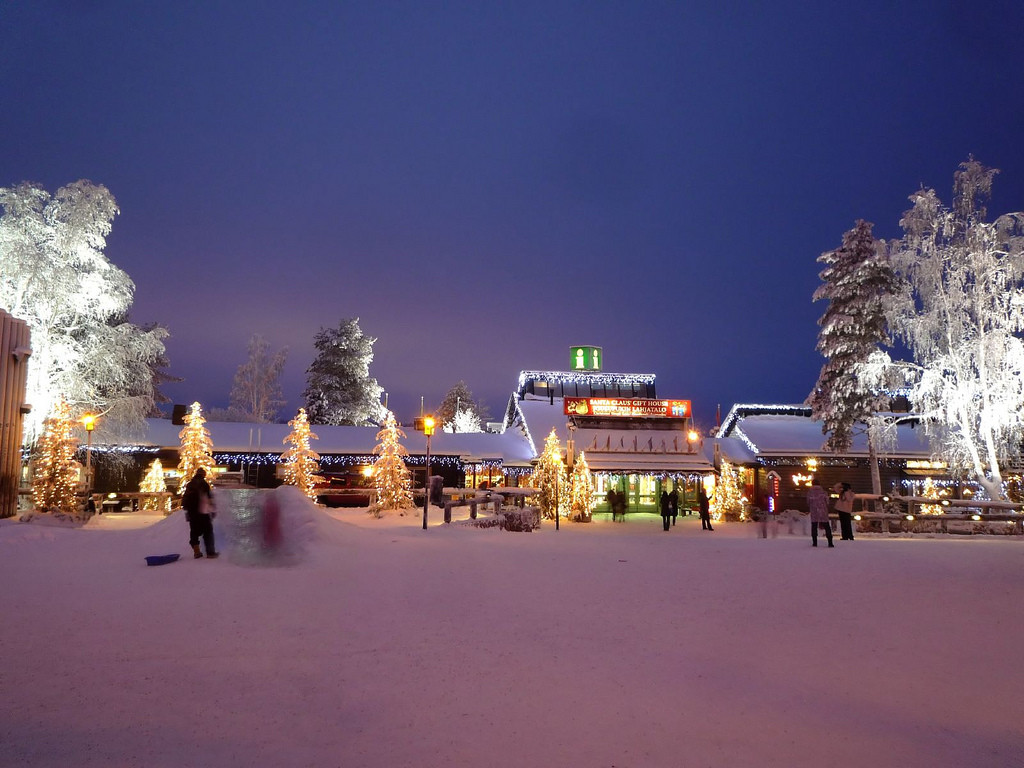