The dramatic glacial terrain of Norway is the pinnacle of Nature’s handiwork. In this impossibly beautiful environment, time and tide have carved a country out of deep fjords, commanding mountains and ragged coastlines to create a truly extraordinary landscape. At the same time, the elegant touch of the aesthetically driven Scandinavian culture has forged a sophisticated, cosmopolitan heart, imbued in the spirit of its art, architecture and people.

Renowned as one of the most beautiful countries in the world, from the icy fjords and high altitude ice fields to the cosmopolitan, uber-cool energy of its progressive capital, Oslo, a visit to Norway does nothing to disprove the theory.

The country is a magical destination for those who enjoy the outdoors. The craggy landscape under the peaks of Jotunheimen National Park reveals a wonderful world of flora and fauna, and picturesque views to provide a lifetime of memories. Cycling, dog sledding and rafting in summer, and snowmobiling and Nordic skiing in winter are just some of the active pursuits the region affords. 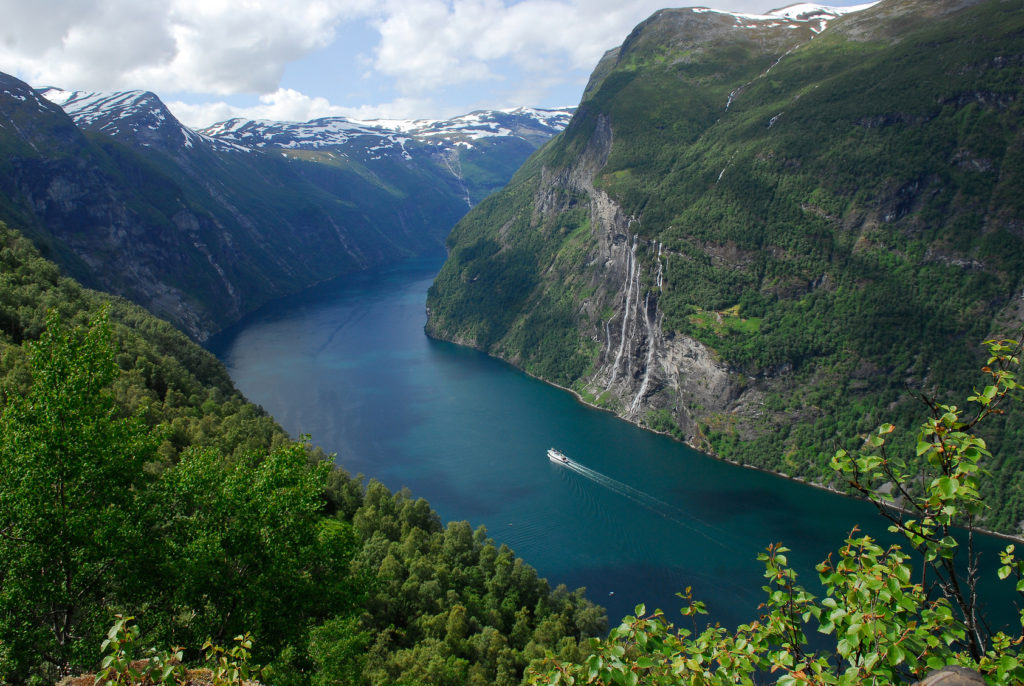 A cruise along the UNESCO listed Geirangerfjord is a once-in-a-lifetime experience and an opportunity to see nature at its wild and windswept best. Vestiges of abandoned ghost villages obstinately cling to vertical cliffs, while glittering waterfalls plunge into the emerald coloured waters below.

West of Flåm, Gudvangen & Nærøyfjord is another spectacular UNESCO site to capture the imagination. The narrow 17km waterway is cloistered by sheer cliffs along its length and includes the magnificent Kjelsfossen waterfall.

Norway’s premier cities, Oslo, Bergen and Tromsø march to the beat of their own sophisticated Scandinavian drum, straining at the seams with art, design, music and innovation. The achingly cool ‘Scandi style’ is alive, well and on glorious display.

The cuisine is heavily based around seafood from the abundant stocks of the Atlantic Ocean and North Sea, particularly salmon. But it also comprises some unique variations on meat dishes, served up in hearty warming stews and broths as an antidote to the harsh weather. 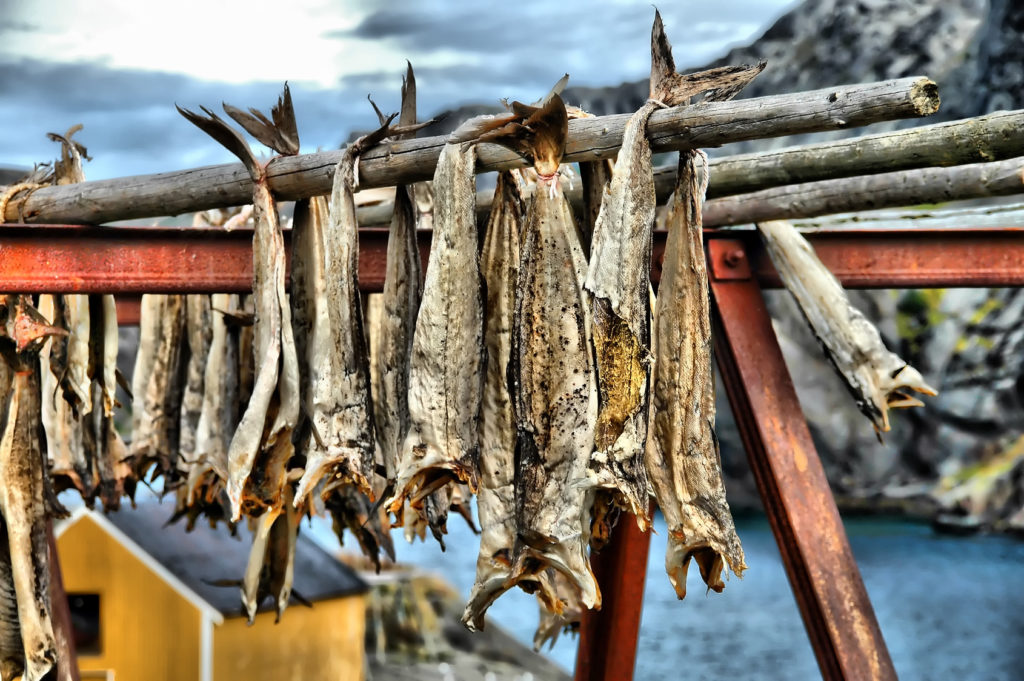 Røkt Laks, smoked salmon, is a mainstay, as is Tørrfisk, an air-dried or fermented fish harvested from the fjords. Kjøttboller is the country’s own version of the Swedish meatball served with gravy, sauce or creamed cabbage and potatoes. Finnbiff is the traditional dish using shaved reindeer meat, vegetables and a broth of creamed goat cheese and juniper berries.

Norway sits on the same latitude as Alaska, Siberia and Greenland. With an extreme winter climate, for most travellers summer (with temperatures of around 25–30°C) is the most appealing time to visit. From the middle of May to the end of August the days get longer, and in the north there’s virtually continuous daylight. 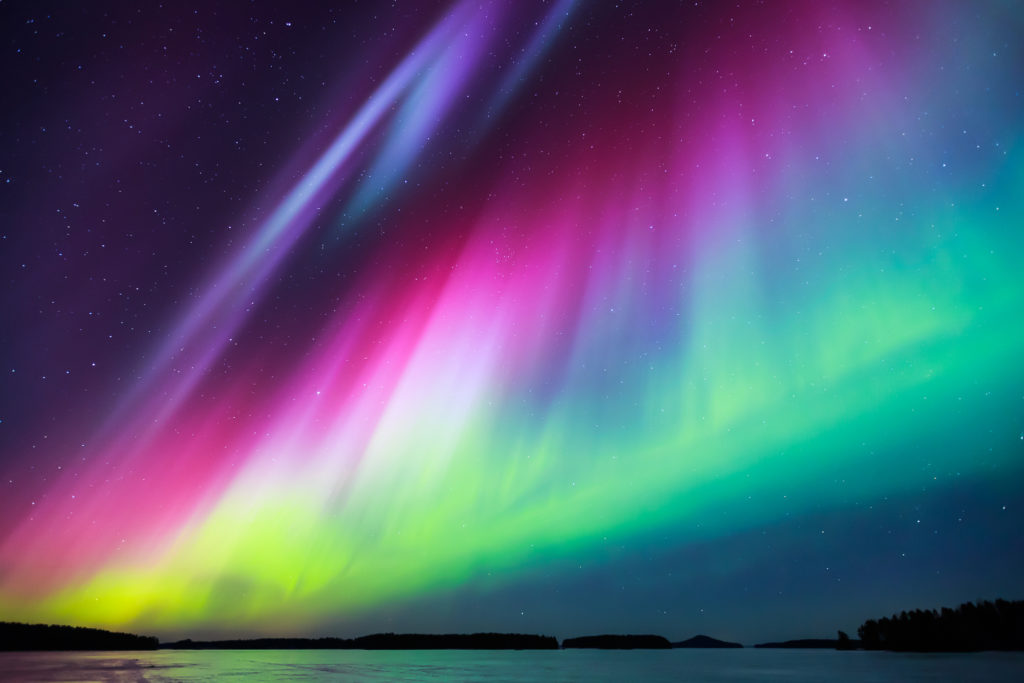 However, those intent on experiencing the Aurora Borealis in full splendour will have to brave the sub-zero conditions of winter and the best months for a viewing are October, February and March. Spring is delightful, with the flora of the fjords in full bloom and the waterfalls thawing. 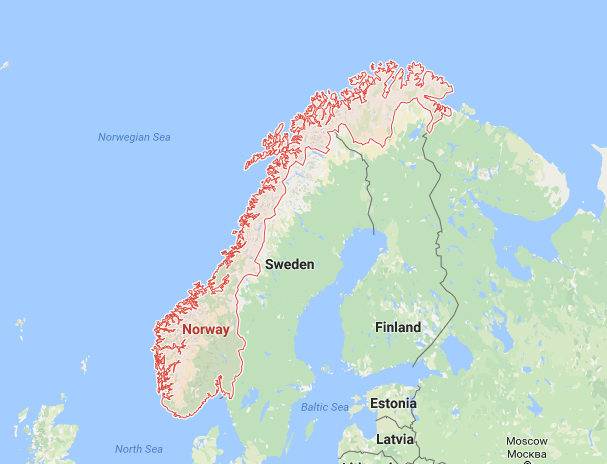 While the country has a number of smaller regional airports, most international travellers fly into Oslo. Although not yet a mainstream destination for budget carriers, British Airways offers direct flights from London Heathrow and other UK cities to Oslo, with a flight time of around two hours. Once you land at Oslo airport, the most convenient way to complete your onward journey is on a pre-booked transfer with Shuttle Direct.

A sophisticated rail network links the country to Europe and the rest of Scandinavia. From the UK, the fastest rail route is Eurostar to Paris, with connections to Copenhagen then Oslo. As a popular cruise destination, there are a number of large cruise and ferry ports, including Bergen, the Svalbard Islands and Tromsø.

Shuttle Direct’s transfer services can be booked to pick up and drop off at the cruise port or train station of your choice.

Experiencing the phenomenon of Aurora Borealis (the Northern Lights) in Tromsø provides one of life’s most emotive encounters with Nature in a stunning celestial light show.

Dating back to the time of the Vikings, Bergen, the west coast capital of the fjordlands, is a picture-perfect city with a wealth of Hanseatic history and a charming youthful culture.

Shuttle Direct is the premier provider of transfers from airports, train stations and cruise ports in Norway and throughout Europe and North Africa. You can pre-book a low cost transfer via our easy to use online system and have all your onward travel arrangements organised and confirmed before you leave home.