In a land steeped in folk culture and tales of Dracula, Romania’s astonishing natural beauty is also the stuff of legends. Divided by the rocky spine of the Carpathian Mountains, the landscape around ancient Saxon settlements is punctuated with medieval castles and villages where the hands of time stopped dead in the Middle Ages. The vitality of its dynamic capital, Bucharest, is a wonderful contrast in this country where the elegant ribbon of the Danube reaches its journey’s end.

The dramatic landscape of Transylvania and the Carpathian Mountains is a nature lover’s delight, with opportunities for rock climbing and hiking around Făgăraş and skiing on the Bucegi plateau. Towns like Braşov, Sighişoara and Sibiu are surrounded by fortified churches, castles and monasteries to explore. 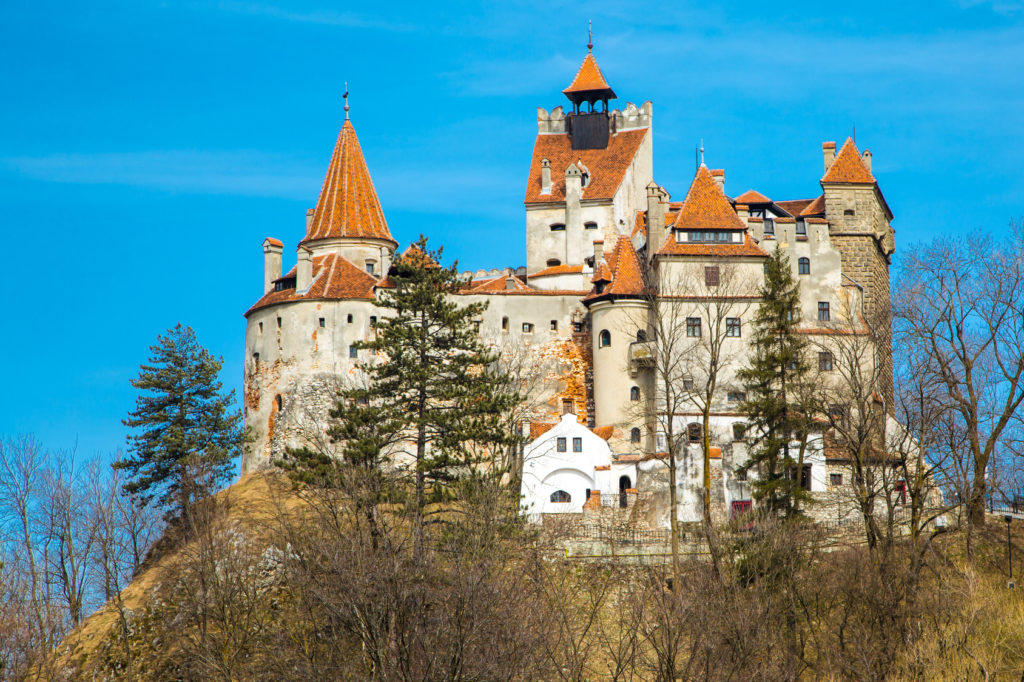 For most people, an excursion to Bran Castle is the highlight of their trip. Built by the Saxons in the 14th century, the 60-metre tall castle has gained renown as “Dracula’s Castle”, and is the country’s premier attraction. The truth of whether Vlad Ţepeş (aka Vlad the Impaler, aka Dracula) did actually spend any time there has been long lost, but the legend continues.

Exploring the World Heritage listed Danube Delta (Delta Dunării) reveals an area of abundant life and spectacular natural beauty. The junction where the river splits into three channels, at Tulcea, is a vast 4187-sqkm wetland. With one of the largest reed beds in the world, nearly 500 species of fish and birds call this fertile ecosystem home.

A delicious melange of influences from Hungary, Turkey, Germany and Slavic regions, the cuisine is heavy with meat and poultry, and recipes utilise the heartiness of fresh local produce and, in coastal areas, plenty of seafood.

For the adventurous, ciorbă de burtă is a must try. Made from the innards of a cow’s stomach and infused with garlic, this delicately flavoured soup tastes way better than it sounds. Sărmăluţe (cabbage rolls stuffed with pork and rice) is on the menu everywhere and is regarded as the national dish. Every region has its own version of the rich and hearty pork stew, Tochitură, while, for dessert, the papanaşi, a melt-in-your-mouth deep fried dough bomb filled with cheese, jam and cream, will have you talking for years.

Romania enjoys the classic continental climate of Central Europe. There are four very distinct seasons, with cold winters (as low as −5 °C in January) and hot summers (up to 35 °C in some areas).

For skiers, December to March are the best months, when there is plenty of snowfall, especially in the mountainous regions. While May is the perfect month to enjoy crisp, cool temperatures and experience the beauty of the wildflowers, June to September is usually considered the best time to visit.

How to Get to Romania From the UK 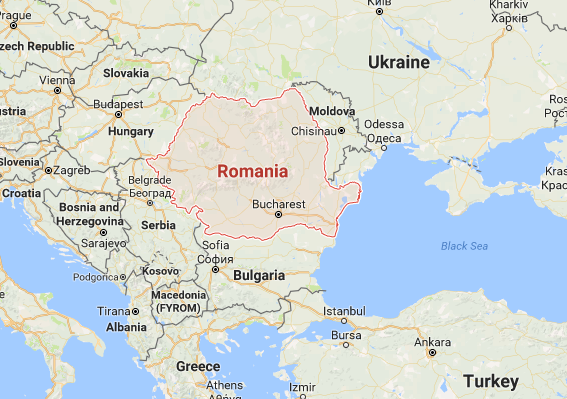 Flight time between the UK and Romania is just over three hours and the country has four international airports: Bucharest, Timişoara, Sibiu and Cluj Napoca. British Airways, Ryanair and the country’s national airline TAROM operate regular flights from the UK. The most convenient and cost effective way to get directly to your final destination is with a direct airport transfer from Shuttle Direct.

You can travel by train to Romania via Eurostar to Paris, then a connecting Balkan service. From Bucharest, regional services can take you anywhere in the country and Shuttle Direct can take you the rest of the way from the train station.

For those arriving on cruise ships into the port of Constanța, or on any of the Danube River cruises, Shuttle Direct can provide pick-up and drop-off services to any cruise terminal or river port.

Sighişoara is the birthplace of Vlad the Impaler, but its charm extends far beyond its infamy. A UNESCO World Heritage Site, the 15th century town’s delicate medieval architecture, ancient towers and delightful cobbled streets define one of Europe’s most important and best-preserved historical gems.

The Berca Mud Volcanoes, near Buzau, are a fascinating natural phenomenon. Eruptions of natural gas deep beneath the surface of the Earth have created a landscape of broiling, bubbling mud, with some of the craters as high as six metres.

The Black Sea Coast. While you’ll be following in the footsteps of Jason and the Argonauts, today it’s not as much about the Golden Fleece as it is about a golden tan! The spectacular beaches are renowned as a hotspot of sun, sea and watersports.

Shuttle Direct provides convenient low cost transfers to and from airports, train stations and cruise ports throughout Romania and all over Europe and North Africa. Make a secure booking via our easy to use online system and ensure all your onward travel arrangements are confirmed before you set foot out the door.