The French ski resort of Flaine has had a complex, varied lifespan since it was first constructed in the 1960s. Flaine has always courted controversy. Architects and intellectuals in France praised its design as a cutting edge Modernist development, while at the same time local residents and farmers protested against it as a monstrosity. Finally completed in the 1980s the Brutalist architecture of concrete blocks fell out of favour in the 1990s, gaining the resort the unfortunate nickname “Phlegm”, and many of the properties fell vacant and into disrepair.

But recent changes in architectural tastes (which have included a positive re-evaluation of Modernism), combined with the excellent skiing available here, have made visitors think again about France’s most contentious purpose-built resort. 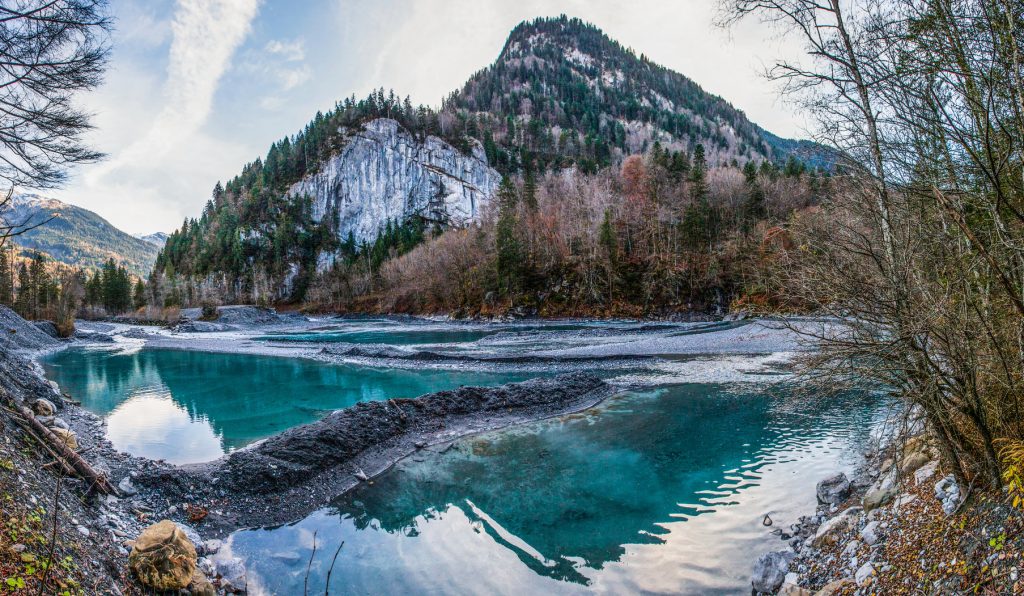 It was in 1954 that geophysicists René Martens and Gérard Chervas from Geneva came across the beautiful basin in the Giffre Mountains that they thought would be a perfect location for a new ski ‘station’. Unable to get the permissions they needed from the local council they put the project in the hands of French banker Éric Boissonnas.

Boissonnas, and his wife Sylvie, had both spent time in America and were big fans of the school of Modernist architecture. They saw the creation of the new ski station as an exciting opportunity to attract some of the world’s leading architects and artists to the project, and to create an entirely new style of mountain station. The pair approached the architect and designer Marcel Breuer, founder of the famous Bauhaus, to help them make their vision a reality. Breuer immediately set about creating, what he saw as, an open-air museum in the Alps.

Using the pre-cast concrete so beloved of the Modernist movement, Breuer broke with all traditional Alpine conventions to create monoliths of sharp, angular lines which both contrasted, and brilliantly merged, with the local landscape. Despite receiving criticism for his designs, Breuer and the Boissonnas’ vision was one of surprisingly contemporary sympathy with the natural environment. All cables were run underground so that they did not impact on the views; each level of the station was carefully hidden from view so that the sense when you are in the resort is one of peaceful seclusion on the mountainside. Other innovations included the first non-polluting gas heating plant and the first artificial snow machine in the Alps. 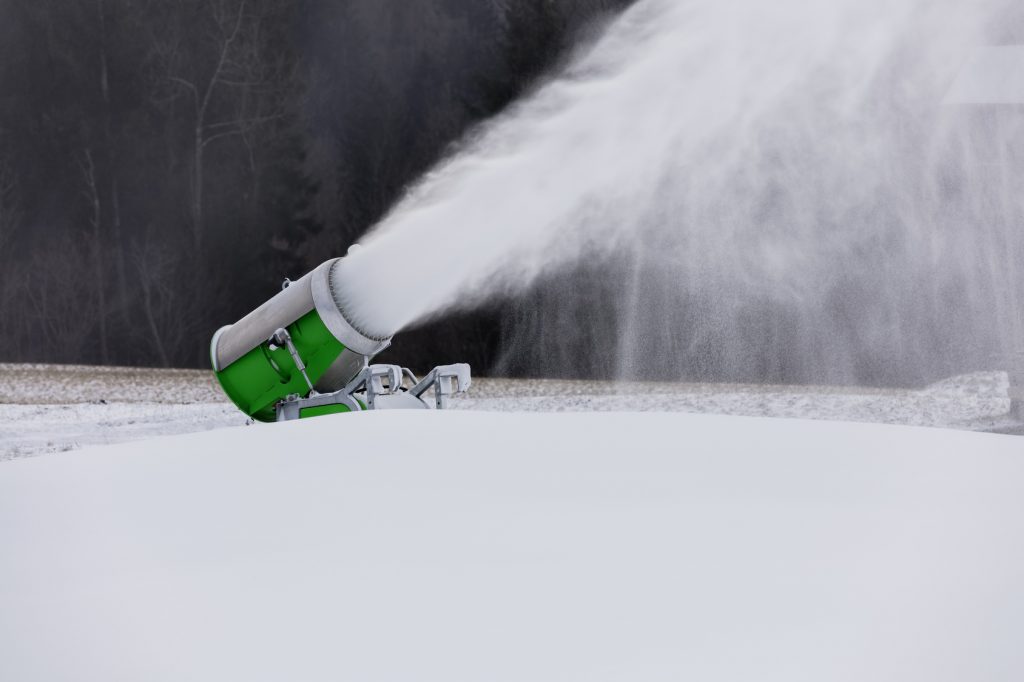 To complete their Modernist idyll Breuer and Boissonnas invited leading artists of the day to contribute outdoor sculptures and art works to realise their vision of Flaine as an outdoor museum. The result was a vast public library, an art gallery and a range of public sculptures including: Victor Vasarely’s Les Trois Hexagones, Jean Dubouffet’s Le Boqueteau, and Picasso’s Tête de Femme, all on display to greet visitors to the resort.

Unfortunately, despite its auspicious, idealistic start, Flaine – like the Brutalist architecture from which it was built – fell out of favour. Like any fashion, architectural fashion comes and goes, and as Modernism became too harsh and angular for the tastes of the end of the twentieth century, so Flaine came to be considered a concrete ‘monstrosity’. Its fortunes went from bad to worse when it was eventually possessed by the bank. Its assets were sold off, leaving the structure standing as an empty, desolate shell.

During the 1990s it was the excellent skiing offered by Flaine which prevented its ruin; skiers continued to come here for the local pistes and the access it offered to the larger Grand Massif ski area beyond. The lure of the skiing eventually prompted new investment and, in 2011 the central Forum was eventually rescued and redeveloped into apartments, putting life back into Flaine’s heart. Further investment was to follow with a new hotel opening in the centre and a new cable car, covering the 7km distance from the autoroute to the ski station, scheduled to open in 2021.

With such redevelopments having taken place, and more in the pipeline, maybe it is time to reconsider the beleaguered Modernist resort. Whether you are a skier or just a fan of architecture, Flaine has much to offer visitors with an eye for design.

How to Get to Flaine

Getting to Flaine is easy with around 265 flights a week from the UK in to Geneva (GVA). The flight takes only 90 minutes and the transfer time to the resort only a further hour. The most convenient and comfortable way to get from the airport to the resort is to book an airport transfer with Shuttle Direct online before you set off. Book a private transfer and one of our drivers will be waiting for you in the Arrivals lounge when you land ready to drive you directly to your accommodation. 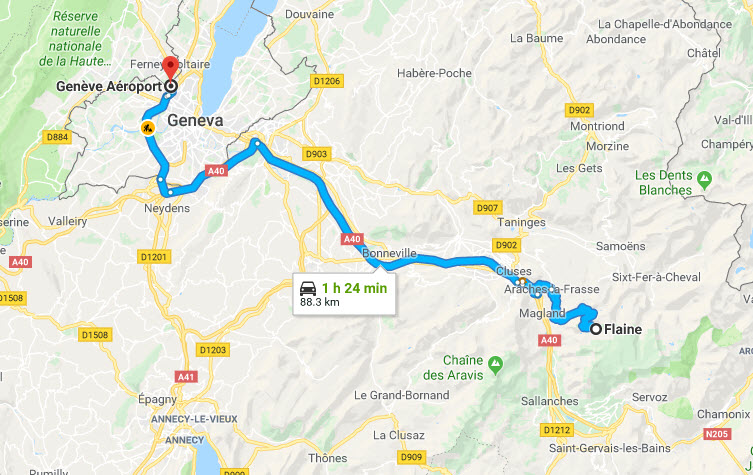 Terminal Neige – Totem – For an authentic Brutalist experience stay in one of Breuer’s original pre-cast concrete buildings at the Terminal Neige – Totem. Set in the heart of the resort, close to several major ski lifts, the hotel is perfect for skiing to the door. Architectural fans will enjoy the angular Modernist design, augmented by the contemporary interior created by the new family owners. Enjoy the architecture and design in comfort from the world-class Pure Altitude Spa.

Shuttle Direct is Europe and north Africa’s leading provider of airport transfers offering a range of services from economical group transfers to executive-level private transfers. The perfect option for a luxurious trip up the mountain, private transfers will transport all your skiing equipment free of charge, as long as you mention what equipment you will have with you at the time of booking.