Located on the southern tip of Spain overlooking the shipping lanes between the Atlantic and Mediterranean Oceans is the British Overseas Territory of Gibraltar. Such strategic importance and the fact that this limestone rock is connected to mainland Spain by a narrow isthmus frequently provokes political disputes between the governments of the United Kingdom and Spain. The territory was permanently ceded to the British Crown by the Treaty of Utrecht in 1713 and its sovereignty is unlikely to change as long as the local people remains so fervently British in their allegiance. An overwhelming 98% of the population voted in favour of remaining British in an independence referendum in 2002.

Gibraltar has a rich maritime history going back 3000 years which has seen Phoenician, Roman, Moorish and Spanish settlements established here before the British took control. It plays a key role in world shipping with over 70,000 ships passing through the Straits of Gibraltar every year. The number of cruise ships visiting Gibraltar is currently 225 per year which brings around 350,000 passengers to the Rock. Whilst visitor numbers are on the increase, few ships stay in port overnight, a fact which isn’t lost on the commercially minded Port Authority.

Cruise ships dock on the western side of Gibraltar´s North Mole where there is a well equipped cruise terminal from which passengers can easily walk the 1.5km into town. Alternatively you can take a shuttle bus or taxi which will drop you off at Casemates Square at the northern end of the main shopping street.

If your cruise begins or ends in Gibraltar you might be able to fly directly into or out of Gibraltar Airport right in the north of the territory next to the border with Spain. Quite remarkably buses, cars and pedestrians have to cross the runway when travelling between the Spanish border and the centre of Gibraltar. There are regular flights to Gibraltar from the United Kingdom with British Airways, easyJet and Monarch Airlines which are largely responsible for more than 500,000 passengers passing through the airport terminal. 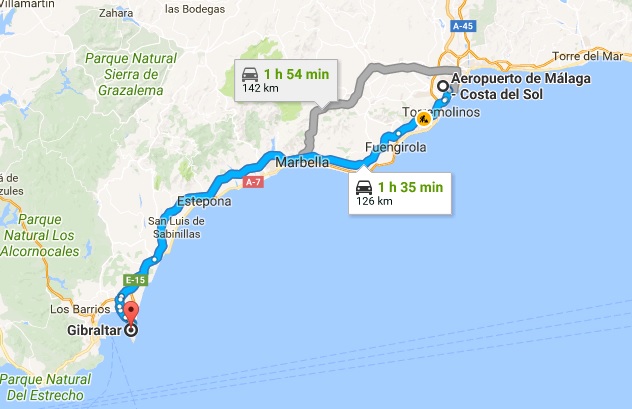 An alternative gateway to Gibraltar with far more flight options to destinations all over the continent is Málaga Airport which lies 130km to the north-east. Cruise ship passengers should book a private transfer with Shuttledirect when travelling between the Port of Gibraltar and Málaga Airport or vice versa. Taxis are also available for such transfers but public bus services cannot be recommended as passengers will need to change buses in Málaga city which isn’t convenient when travelling with heavy baggage.

Getting Around in Gibraltar

Whilst you can walk around most of the sights at sea level on foot you’ll need some transportation to visit the Upper Rock. Your main options are to take the Cable Car (Red Sands Road) or to join a Taxi Tour travelling in a group of about eight people by minivan. These tours depart from the cruise terminal and from Casemates Square. There are also five public bus routes around Gibraltar. The most useful for tourists is route number 2 which takes you out to Europa Point on the southern tip of the peninsula. Buses 2, 3 and 4 all stop near the cable car station. Taxis are available but are fairly expensive considering the tiny distances involved.

The best way to spend a few hours in port is visit the Upper Rock by Cable Car then take a wander around the shops before returning to your ship. The entrance to the cable car is at the base station on Red Sands Road. Each car transports 30 people the 412 metres to the top of the Rock in just six minutes, however, visitors are advised to get off at the mid-station to see some of Gibraltar’s Barbary Apes. Don’t forget that these are wild animals so you shouldn’t touch or feed them. Many an unsuspecting tourist has received a nasty scratch or bite from getting too close to them. They are well looked after by the local government and should be treated with caution. 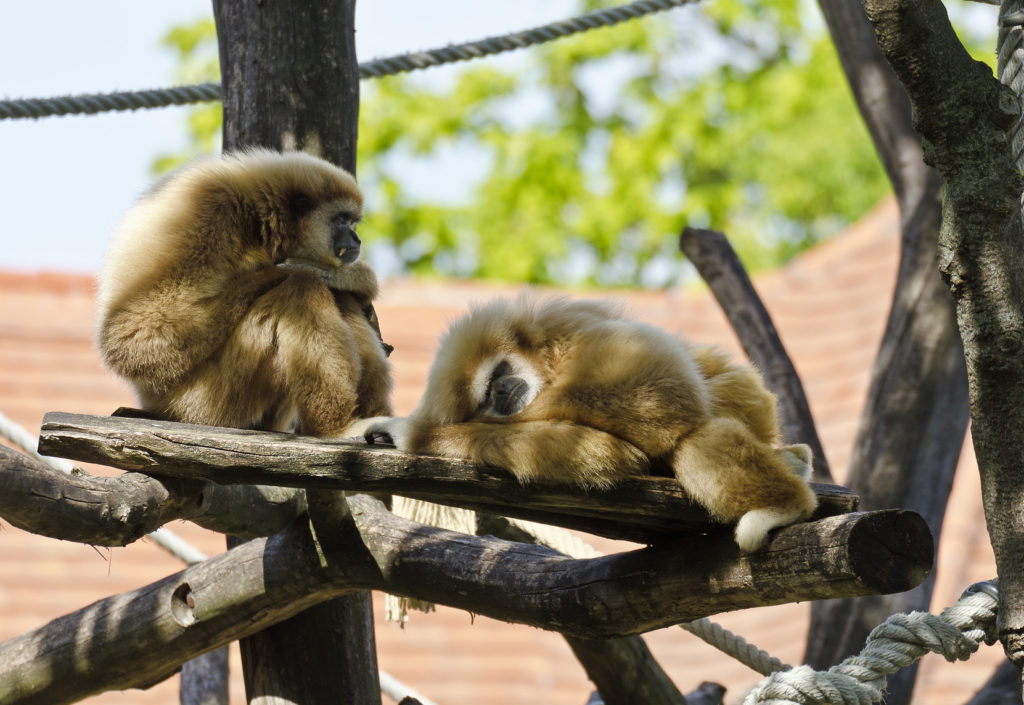 After visiting the Apes Den you return to the cable car and continue to the top station. At the top there’s a cafés and restaurant from where visitors are treated to great views across the Strait of Gibraltar towards Morocco. A highly recommended attraction at the top is the Upper Rock Nature Reserve although queues to get in can be off putting when cruise ships are in port. As well as being home to more Barbary Apes the upper Rock attracts an impressive number of migratory birds. Within the grounds of the Nature Reserve are other important sights including St Michael’s Cave, the Siege Tunnels and the Moorish Castle together with a number of other military attractions.

Insider Tip: You can buy skip-the-line cable car tickets online before travelling with the option of also entering the nature reserve. If buying tickets (or anything else for that matter) in Gibraltar you should pay in Pounds and not Euros as the exchange rate to the Euro is always unfavourable here. 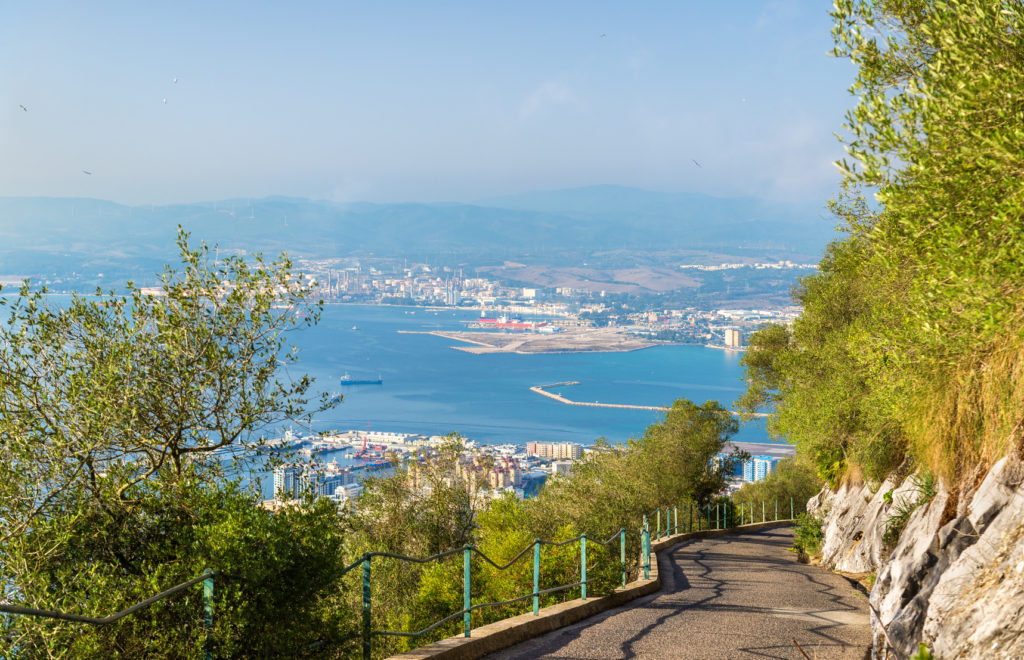 Back down at the base station after your trip up the Rock you should take a look at the Trafalgar Cemetery before going to Main Street. This is Gibraltar’s main shopping street which is remarkably like a British high street filled with duty-free shops, cafés and a typical English pub serving fish and chips for lunch. At the end of the street is Casemates Square which is home to the Gibraltar Crystal Factory where visitors can watch glass blowers at work or simply sit outside at one of the bars and absorb the hectic atmosphere of life on the Rock.

Gibraltar has an international border with Spain. The town of La Linea on the Spanish side of the border is pleasant enough but has little to offer for cruise ship passengers who are only in port for a short time. If, however, you insist on crossing the border you can do so on foot but must show your passport to enter Spain.