During the 15th and 16th centuries Portuguese sailors were at the forefront of maritime exploration which is generally referred to as ‘the Age of Discovery’. During this period Vasco da Gama sailed around Africa then across to India, later still Pedro Álvares Cabral discovered Brazil which remains South America’s only Portuguese-speaking country. The booty acquired from such expeditions created vast wealth for Portugal which was invested in making Lisbon one of Europe’s most monumentally spectacular cities. Unfortunately, many of the grandest buildings constructed during this period were destroyed during the Great Lisbon Earthquake of 1755.

As you sail along the Tagus River from the Atlantic towards the centre of Lisbon you’ll be able to spot some important reminders of this golden era which include the Belém Tower, the Jerónimos Monastery and the Monument to the Discoveries. And if your ship sails as far as the the city centre (Santa Apolonia) you’ll be treated to a grand view of the magnificent Praça do Comércio square on the approach to your dock.

There are two possible docking areas where you might disembark:

Alcantara Dock: This is the first cruise ship dock you’ll arrive at which is right next to the 25 de Abril bridge. This iconic structure strongly resembles the Golden Gate Bridge in San Francisco and lies approximately 5km west of Praça Dom Pedro IV (Rossio Square) in the heart of the Baixa District of Central Lisbon. Just across the road from the cruise terminal exit is Alcantara-Mar railway station from where frequent trains run into the city. Otherwise you’ll normally be able to take one of the many taxis which wait for cruise ship arrivals.
Santa Apolonia Dock: Smaller cruise ships can continue a few extra kilometres upriver and dock at this multi-berth dock which is within walking distance of the city centre. Many passengers, however, prefer to take the metro from one of the nearby stations into the city centre which is just two or three stops west on the blue line.

If your cruise begins or ends in Lisbon you’ll most likely be passing through the city’s international airport which lies just 8km north of the Santa Apolonia cruise terminal and 14km north-east of the Alcantara dock. There’s an excellent connection between the airport and the city by means of the red line of the Lisbon Metro as well as an excellent Aerobus service to the downtown area. In addition taxis are always available or you can pre-book a private transfer from Lisbon Airport to any city centre hotel or directly to either of the cruise terminals. 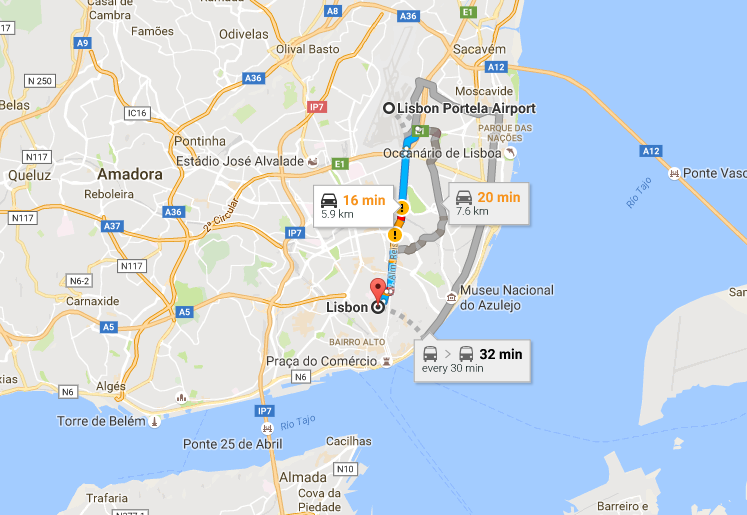 Getting Around in Lisbon

In many cruise ports it is recommended that visitors get around on foot. That is certainly not the case in Lisbon as the city is famous for being built on seven hills. Walking around the plazas and boulevards of the downtown Baixa district is easy enough but beyond here you’ll need to look for transport options. A good choice is to buy an integrated travel pass at one of the city’s many ticket machines which allows for a seamless travel experience on the impressive network of buses, metro trains and trams. Or for the sake of convenience you can simply make use of Lisbon’s hop-on, hop-off bus service which has stops near both cruise terminals.

Belém District: If your ship docks next to the 25 de Abril bridge you’re just one stop by train from the Belém railway station from where you can easily access the district’s main sights. These include the Padrão dos Descobrimentos which is a monument in recognition of Portugal’s ‘Age of Discovery’. Nearby are the UNESCO World Heritage Sites of the Torre de Belém and the Mosteiro dos Jerónimos. If you arrive in Lisbon at the Santa Apolonia terminal you’ll need to take a train from the city to get out to the Belém District or hop on a tram from Praça do Comércio or Rossio Square.

Baixa District: Passengers disembarking at the Santa Apolonia terminal are just a short metro journey from the Baixa district of central Lisbon. It is made up of a number of grand plazas including Praça do Comércio and Rossio Square with most buildings having been constructed in the 18th century since most of this district was destroyed by the Great Earthquake. The area is a good choice for accommodation if you’re arranging a shore extension and is home to many stylish cafés from where you can absorb the atmosphere of downtown Lisbon.

Insider Tip: A great place for lunch is on the rooftop terrace of Bella Lisa Elevador (Largo do Carmo). This is an excellent Italian restaurant located near the Santa Justa Lift which offers great views over the city towards St. George’s Castle in the distance. For a more authentic experience try Bread4You Bistro (Rua dos Sapateiros 41) where you can order from a selection of typical Portuguese dishes in a typical local eatery.

Alfama District: This is the oldest part of the city which is home to Lisbon Cathedral, the National Pantheon and the Castle of Saint George, none of which were affected by the devastating effects of the earthquake in 1755. As a result visitors can wander around the cobbled streets of the city’s most historic district which lies just a short distance to the north-east of the downtown area.

If you’ve chosen to extend your nights in port, giving you time to explore beyond the city then you’ll be spoilt for choice. Some of the most popular day trips to consider include the following:

Cascais: Located just 30km west of Central Lisbon, Cascais is a charming beach resort favoured by Lisboetas. Nearby Estoril is home to one of Europe’s classic casinos which inspired Ian Fleming’s first James Bond novel, Casino Royale. The coastal railway journey from Cais do Sodré in the west of the city to Cascais takes about 40 minutes, even less if you get on at Alcantara-Mar near the cruise terminal.

Sintra: Lying 30km north-west of the city centre, Sintra is a UNESCO World Heritage Site which is best-known as the home of the 19th century Palácio da Pena. The nearby Moorish Castle is also worth a visit. Frequent trains from Rossio train station take about 40 minutes to get there. 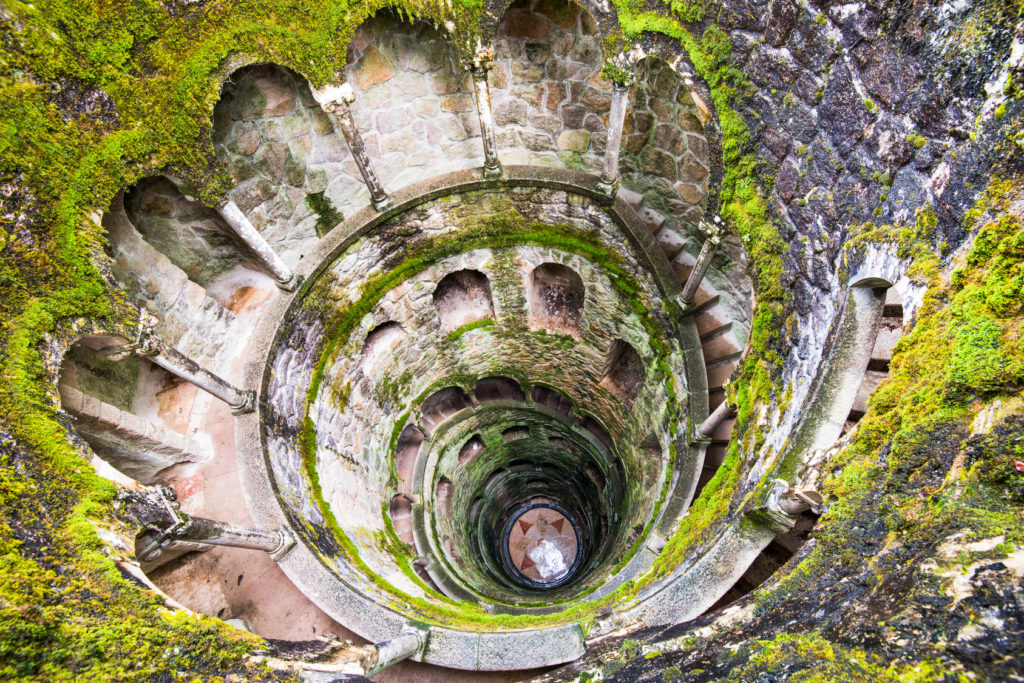 Fatima: A more distant shore excursion is to this famous pilgrimage site which lies 130km north of the city. It was here that Our Lady of FÃ¡tima is said to have appeared to three shepherd children in 1917 and is a revered site amongst Roman Catholics. Whilst you can get there by bus from Lisbon’s central bus station it is best reached on an official excursion offered by your cruise company. 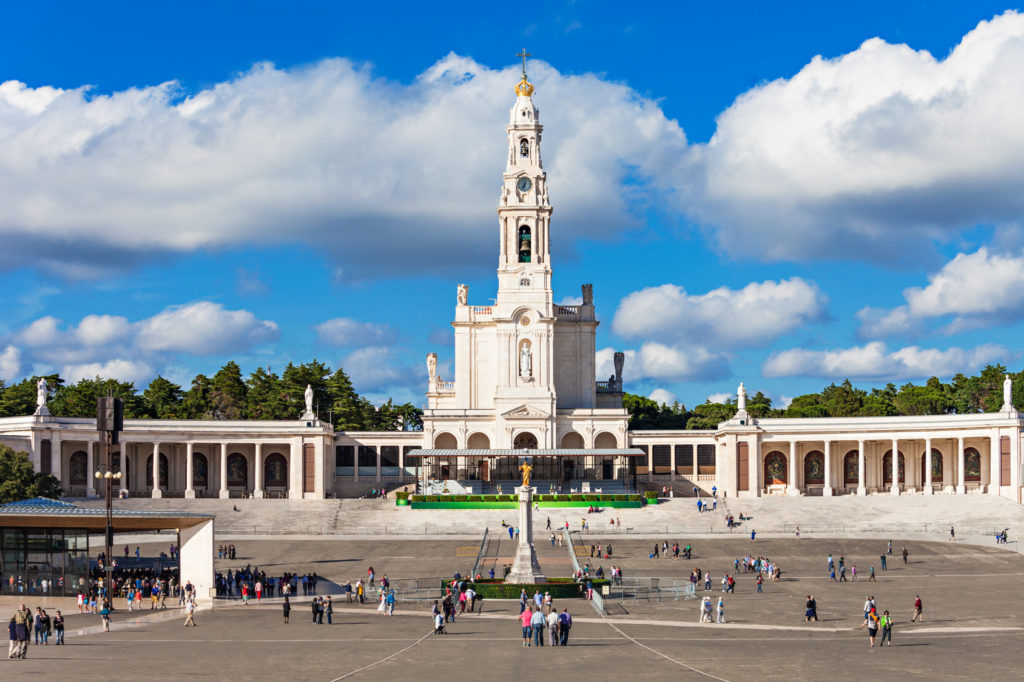 One Night in Lisbon

For many visitors the highlight of a night in port is a visit to one of the city’s Fado Houses. Fado is a traditional form of folk music which is most popular around Lisbon. Whilst there are venues where you can watch a show whilst just having a drink or two, the best experience is to book a table at a Fado Restaurant where you can enjoy dinner whilst the performance is taking place. There are numerous Fado Houses scattered all around the city but the most authentic ones are located in the Alfama district. Clube de Fado (Rua de Sao Joao da Praca 92) is one of the best known venues which attracts both locals and tourists alike.