Arsenal, Chelsea, Fulham, Tottenham Hotspurs, to name but a few – the list of great London football clubs goes on and on, and that’s before you even consider the hallowed turf of Wembley Stadium. Perhaps that’s why more and more football fans are combining a trip to the UK capital with tours of some of its major football stadiums. 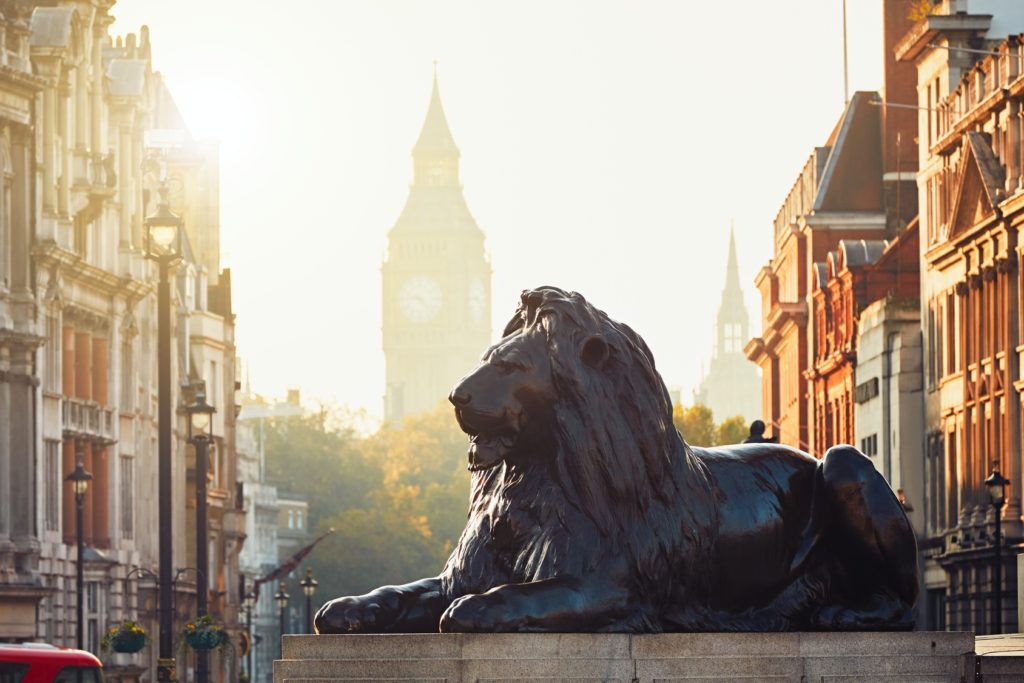 Whether you’re in London for a boozy weekend away with your mates or you just want to slip off on your own to drink in some legendary football history, visiting the capital’s football stadiums is a great way to spend your time.

Here are some of the best football stadium tours on offer in London (don’t blame me if your London team’s not here, it’s always worth checking their website to see if they offer tours – most now do!).

Wembley Stadium holds a precious place in the heart of all fans of English football. This magical tour around its sacred grounds will only heighten your appreciation for this very special sporting venue.

Imagine yourself drinking in the atmosphere of the England Dressing Rooms or walking down the famous Players Tunnel in the footsteps of some of the world’s leading players. On a tour of Wembley Stadium you can live the dream, getting first hand experience of what it’s like to be back stage at a major footballing event. 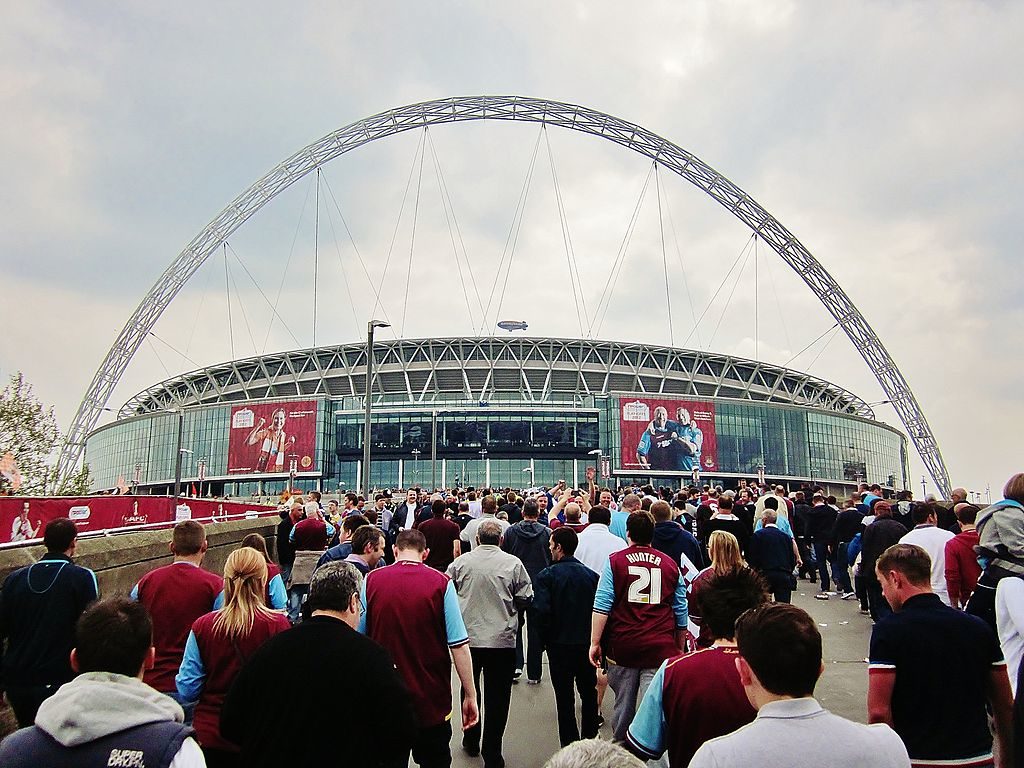 Other highlights include a chance to sit in the England Manager’s hot seat in the Press Room and have your photo taken pitch-side. If that isn’t enough to satisfy your thirst for footballing history then check out the 1966 Exhibition, including the actual crossbar from the World Cup Final.

EE have provided a virtual experience to go along with the tour so that you can access digital information about key areas as you encounter them, including QR stats and video footage of past prestigious events held at the stadium.

A dream come true for many Gunners fans, the tour of the team’s Emirates Stadium takes in all the iconic sights of the club including the Player’s Tunnel, the changing room and even Arsène Wenger’s spot in the team dugout. 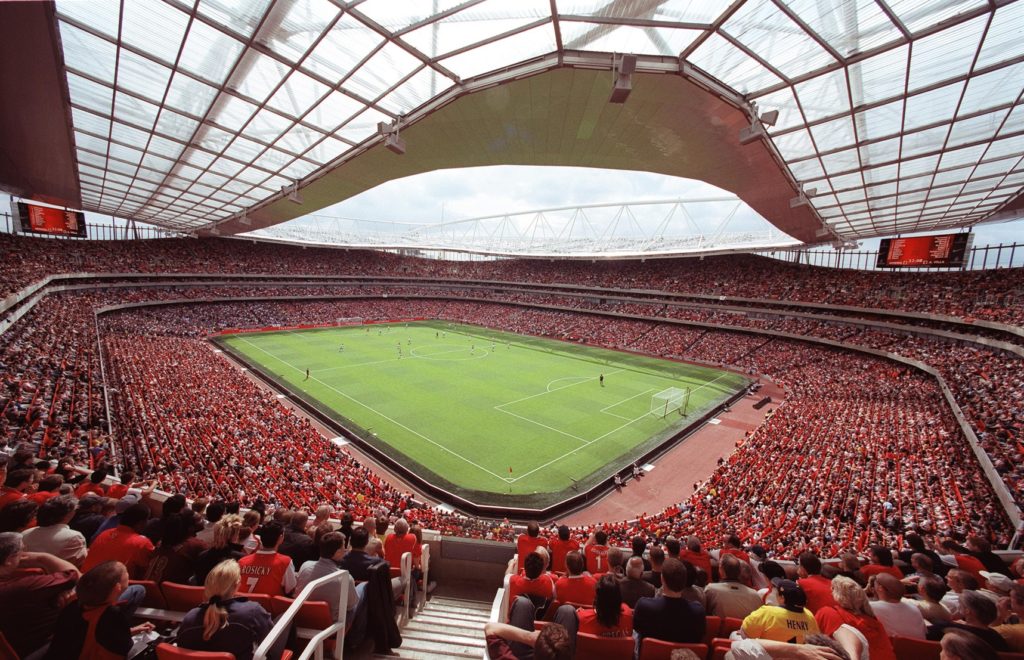 You can choose whether you want to go it alone on a self-guided tour with an audio guide, which includes the voices of some of Arsenal’s leading players, or splash out for a Legends Tour – Arsenal legends such as Lee Dixon and Nigel Winterburn will show you around on these special experiences.

Included in with the tour is the Arsenal Museum, which has been recently renovated and includes key items from the club’s colourful past.

There are a range of tour options available at Stamford Bridge. The most basic, but still very worthwhile, is the guided walk around the grounds, taking in the stands, dressing rooms, dug out, tunnel and press room. 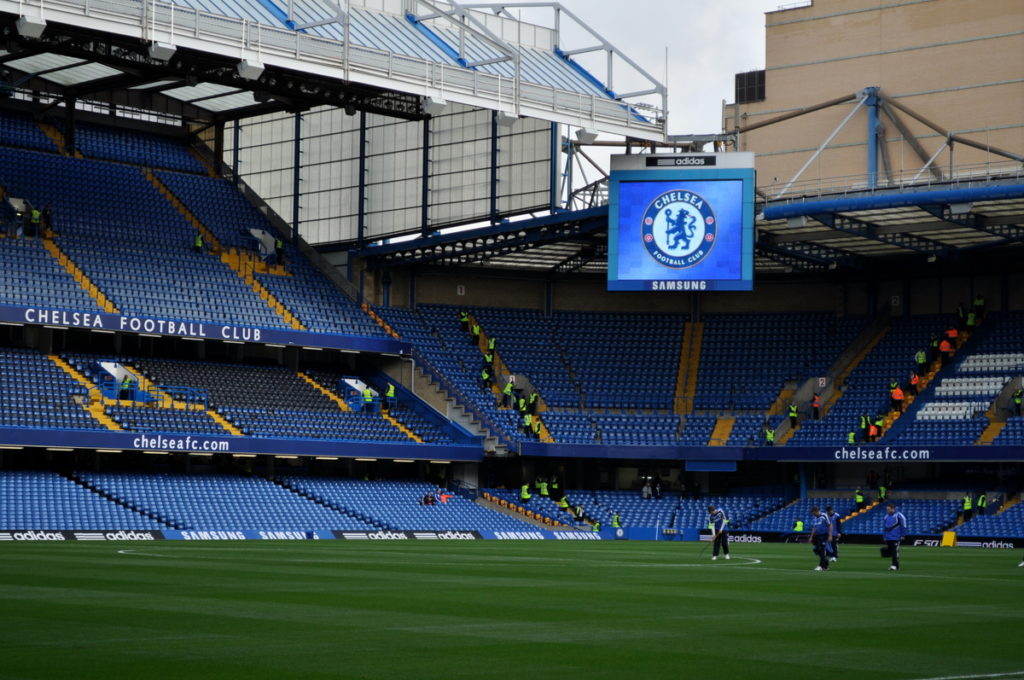 Those looking for a more in-depth tour should sign up for an ex-player tour; former players such as Clive Walker and Ron Harris will show you around and tell you about their own experience of playing for the Blues. Autographs and photos are part of the package, as is a trip around the Stamford Bridge Museum. 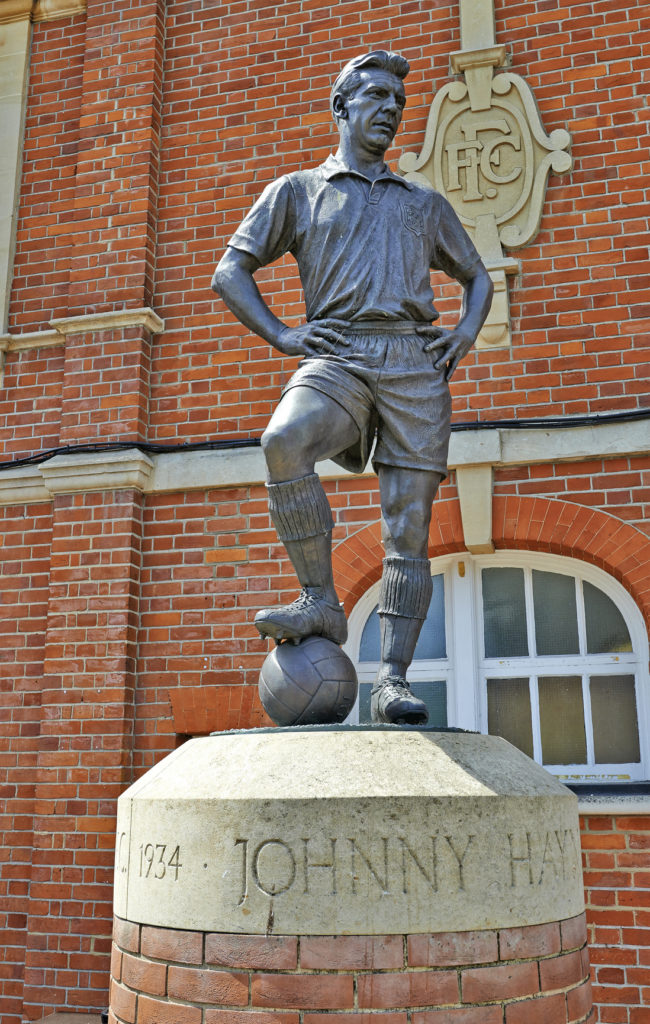 Drink in the atmosphere of Craven Cottage on a tour of Fulham FC’s stadium. Whether you choose your own exclusive group tour or the guided Cottage Tour, you’ll have the chance to have your photo taken beside the Johnny Haynes Statue before exploring the team’s television studio, chairman’s box, home team’s dressing room, tunnel and, of course, the pitch-side dugouts.

So you’ve visited the stadiums, seen the museums and bought the team shirts, but where are you going to watch the match? With prices for tickets to the London club games going for serious money and availability hard to come by, one of the best options for watching the glorious game in the city is at one of its lively sports pubs.

With great sporting atmospheres, these pubs offer the kind of the lively camaraderie you find on the terraces, without the price tag to match. Here are some of my favourites. 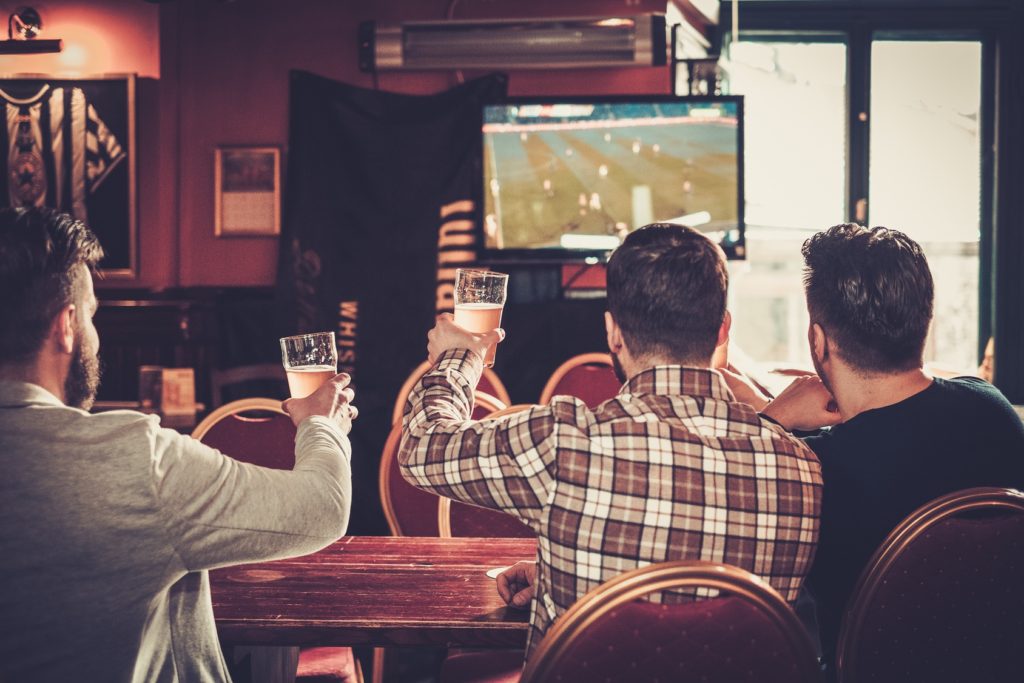 Fulham fans who have been for a tour of Craven Cottage could do worse than to dip into Goose on North End Road to watch the game. Crowded with fellow-Fulham fans on match days, there are a number of large screens and a great atmosphere.

Chelsea fans should head to the atmospheric Elk Bar. With its huge HD screens and HQ projectors (there’s even a 3D plasma screen in the Beer Garden) you’ll get a great view of the game in this large pub with a friendly atmosphere.

Arsenal fans can get a bite to eat and a great view of the game at the Brewhouse & Kitchen, just a short walk from the Emirates Stadium.

How to Get to London 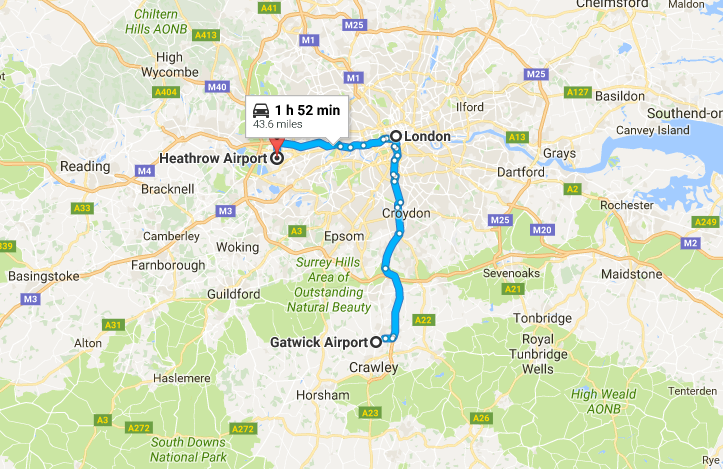 London is served by six major airports, Gatwick, Heathrow, Stansted, City, Southend and Luton, with a wide range of airlines flying to them ranging from budget to national carriers. Airport transfers by Shuttle Direct are available from all of the airports, taking you wherever you need to go in the city and its surrounding area.

Lying at the heart of the national rail network, London is also well served by trains using its major stations. Shuttle Direct transfers are also available from all of the major train stations.

Wombats City Hostel London – If you and your mates are looking for somewhere to lay your head in the centre of town but don’t want to break the bank, then check out Wombats City Hostel London. A group of you could share the eight, six or four-bed dormitories with shared bathrooms or splash out on a twin room with private facilities. There’s a shared kitchen and lounge with TV, as well as a cheap, trendy bar downstairs.

Providing a reliable, friendly airport transfer service across Europe and North Africa, Shuttle Direct transfers offer a comfortable, convenient way of getting from the airport or station straight to your hotel. Perfect for a group of mates, you can book a private car, minibus or group pick up before you set off with Shuttle Direct’s easy online booking system – you know you’ll be taken to where you want to go as soon as you arrive.