From architectural masterpieces to lively markets, a city break in Barcelona has something special in store for everyone. While the area’s attractions are sure to have you saying “Oh my Gaudi”, the constant hustle and bustle of this tourist hub can get quite overwhelming, especially if you’re opting for a longer holiday.

If you’re looking to strike a healthy balance between concentrated sightseeing and leisurely exploration, why not venture outside of the city and soak up Spain’s wealth of natural and cultural highlights? On your airport transfer from Girona to Barcelona with Shuttle Direct, you’ll be able to get a sneak peek into several of Spain’s most authentic – and often quite off-the-beaten-track – spots. Here are our favourite four places that lie along the way… and that you may want to ask your driver about.

If you’re a beach bum, you’ve surely heard of Lloret de Mar, a holiday haven on Spain’s Costa Brava. Thanks to the town’s myriad coves and beaches, four of which have received Blue Flag awards, it attracts thousands of Vitamin-D-deprived visitors each year.

In addition to plopping down on the sand and recovering from your Catalonian sightseeing spree, Lloret de Mar is widely celebrated for Santa Clotilde, a lavish botanical garden. This natural treasure came into existence in the early twentieth century, during which it became famous for its rare flora and fauna – and for its lack of flowers. Today, the garden remains an oasis of tranquillity, boasting a dramatic cliff-top location and spectacular views of the nearby Sa Boadella cove. Why not take a relaxed stroll around the grounds, or have a rest and marvel at the breathtaking views 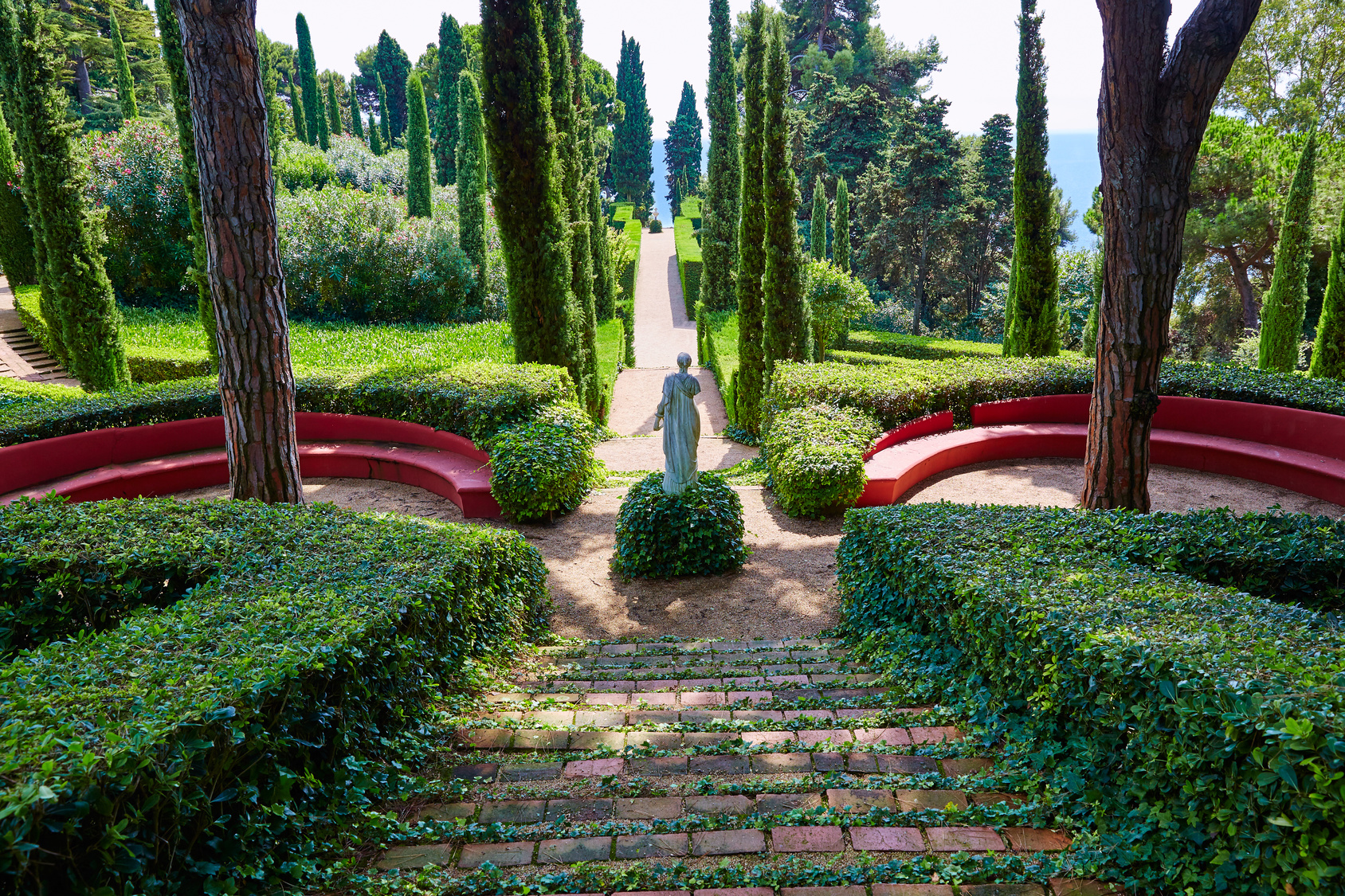 While the town is generally lauded for its natural beauty, its cultural highlights are often unfairly overlooked. One the one hand this is quite regrettable, but on the other it’ll allow you to escape the throng of tourists.

First and foremost, make a stop at the imposing Castell de Sant Joan, which overlooks the city from a hilltop. This structure’s origins date back 1,000 years, initially serving as a lookout for spotting potential foes in the harbour area. Although the original building was damaged beyond repair by British forces in the early nineteenth century, its magnificence has been restored in recent years. If you’re itching to find out more about Lloret de Mar’s longstanding and tumultuous past, you’re certain to get the inside scoop when you visit the castle’s informative exhibition.

For culture enthusiasts, it’s easy to spend a whole day uncovering the historical gems of Lloret de Mar. Along with the castle, the town’s modernist cemetery, Maritime Museum, churches and modernist architecture are only a few of the many attractions that the area has to offer. 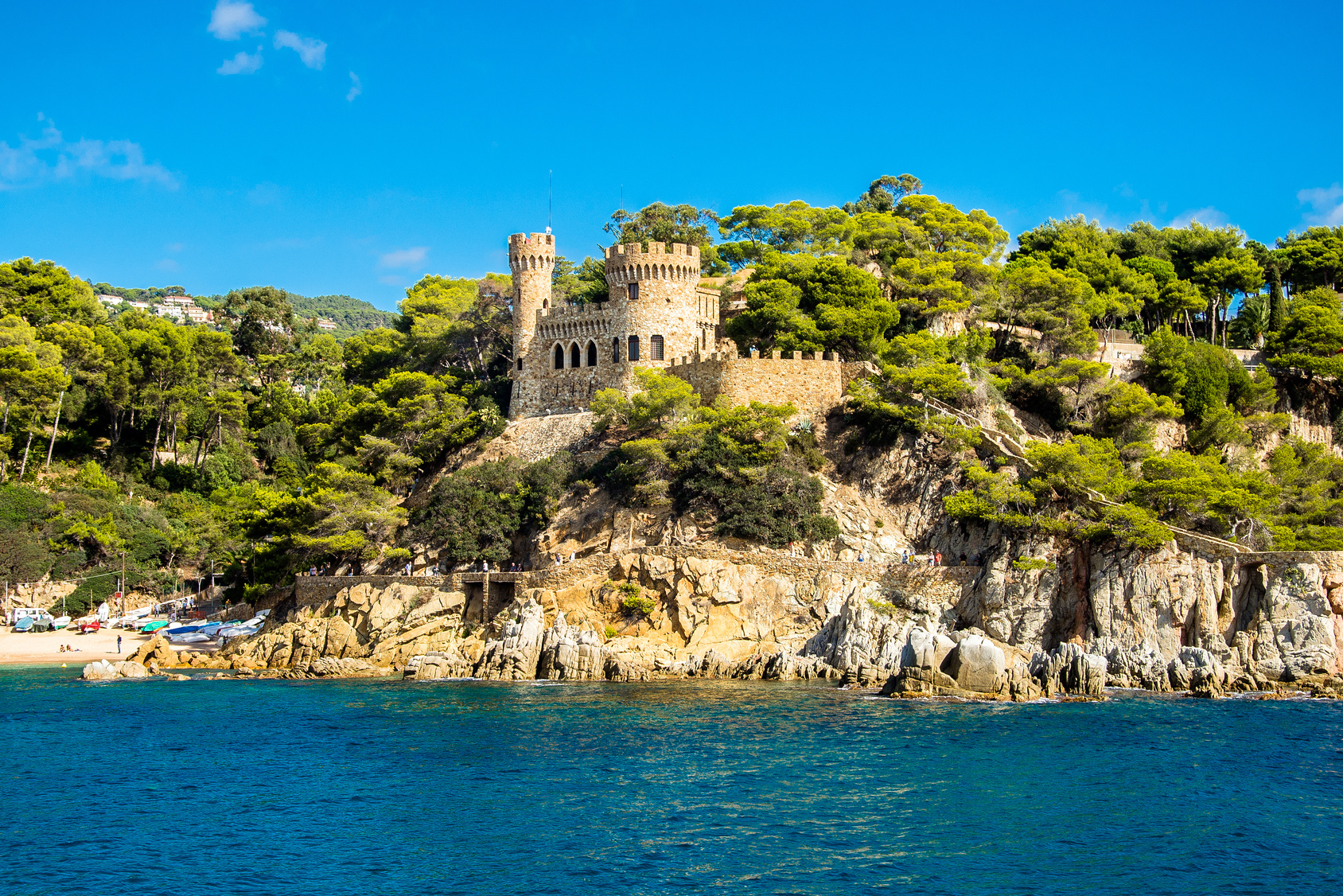 If relaxing and recharging is high on your list of priorities, a trip to Calella will do the trick. During your transfer from Girona to Barcelona you’ll pass by this former fishing town, which is situated on the Costa del Maresme.

Much like Lloret de Mar, Calella is most famous for its beach, whose two kilometres of golden sand have also received a Blue Flag Award. Although there aren’t many visitors to begin with, you’ll discover true tranquillity on the southern side of the beach, which remains largely untouched by tourism. Grab a towel, some sun screen and a book – and enjoy the calming sound of the waves.

If you’re up for an afternoon stroll, wandering through Dalmau Park, a local hotspot, is highly recommended. This area is peppered with botanical wonders, ranging from banana plants to strawberry trees (try to resist the temptation of stealing the fruit!). If you’re travelling with children, they’ll also love taking the state-of-the-art playgrounds by storm. 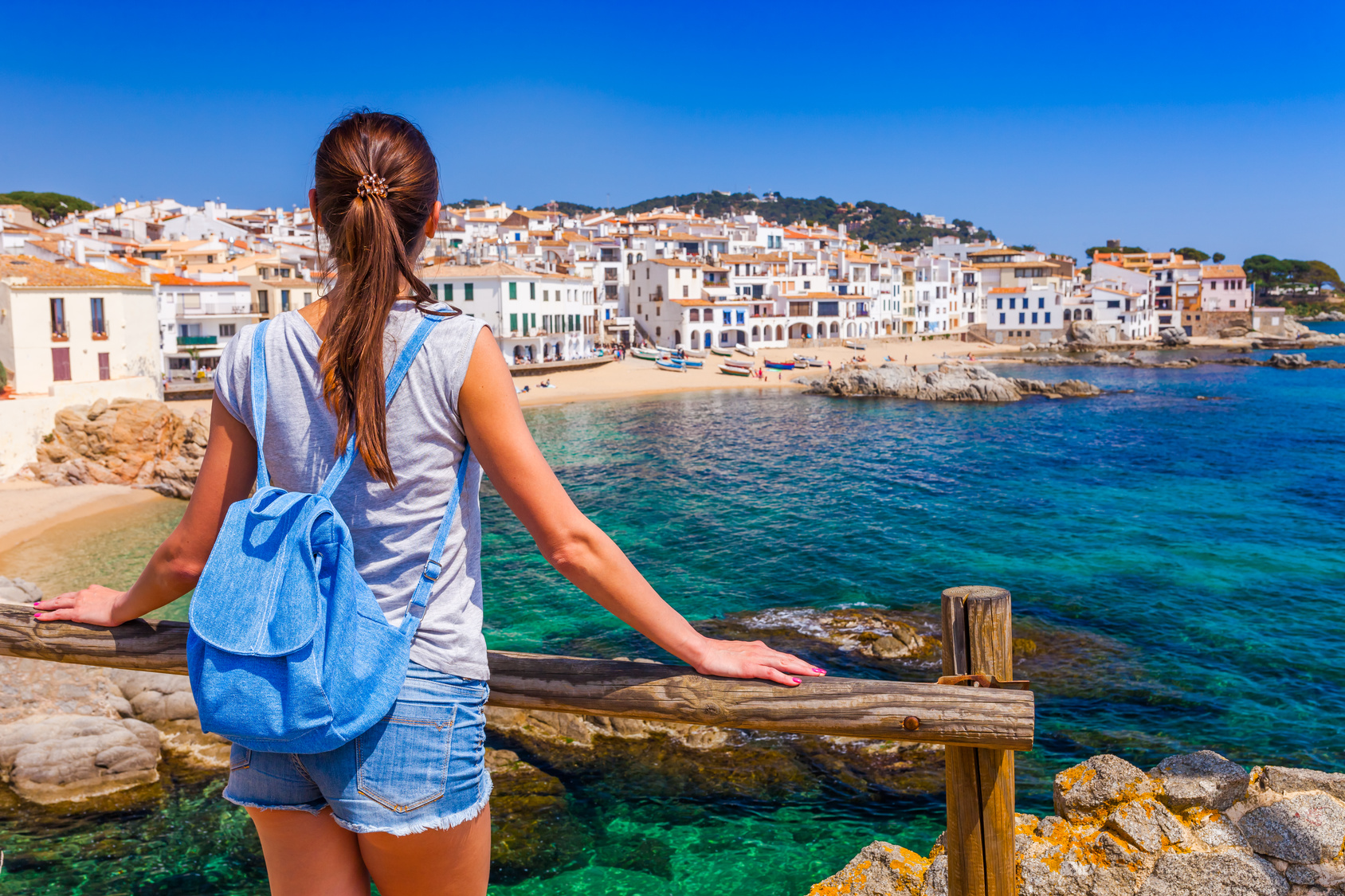 If you’re both an avid hiker and a culture lover, you’ll kill two birds with one stone in Montnegre i el Corredor.

This natural reserve lies on our route from Girona to Barcelona, boasting wild landscapes and an exciting range of rare animals, such as white snakes, lizards and foxes. You can explore the vast grounds via its hiking trails or by participating in a mountain bike excursion, which will not only allow you to immerse yourself in the area’s nature, but will also allow you to embrace your inner historian. Along the way, you’ll discover the reserve’s ancient traces of civilization, including the ruins of an Iberian settlement and several medieval edifices. Why not opt for a guided tour to learn more about this unique combination of natural and historical sights? 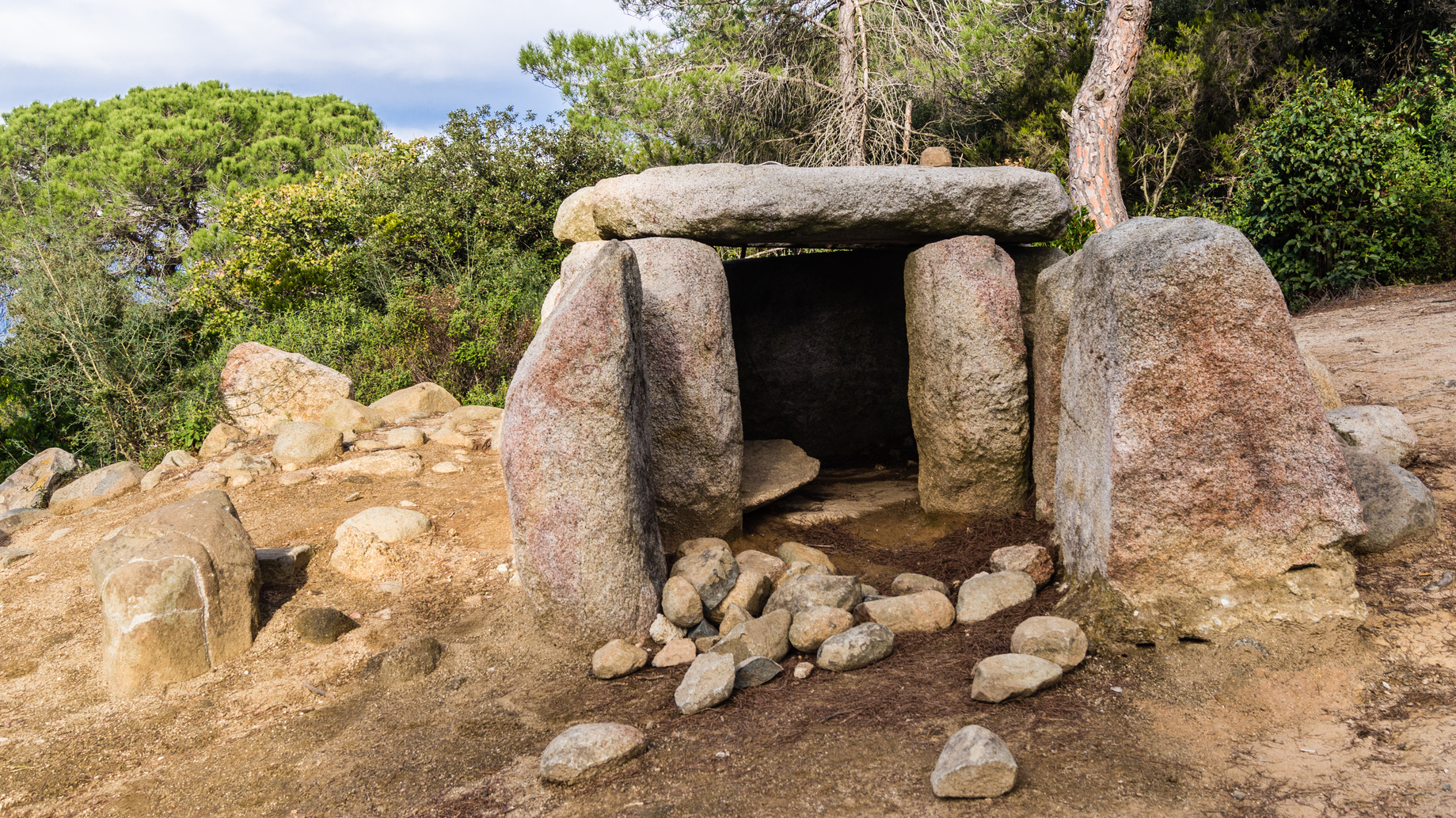 Situated less than 30 minutes south of Barcelona, you really have no excuse for not visiting this fascinating – and easily reachable – city. On our airport transfer from Girona to Barcelona, you may want to ask your driver for some recommendations for what to see and do, as the list of worthwhile attractions is truly endless. To get you started, though, we’ve compiled a list of a few of our favourites.

As you may have noticed, there’s certainly no shortage of beaches in Spain. In fact, Badalona alone has nine of them, all of which are popular among tourists who want to take a little detour when visiting Barcelona.

If you’d rather not join the crowds and flock towards the beaches, you can take refuge in the two lush parks: Jardín de Quinto Licinio and Parc de Can Solei i Ca l’Arnús. Both lend themselves to serene walks and for spotting an extraordinary array of plant and animal species. 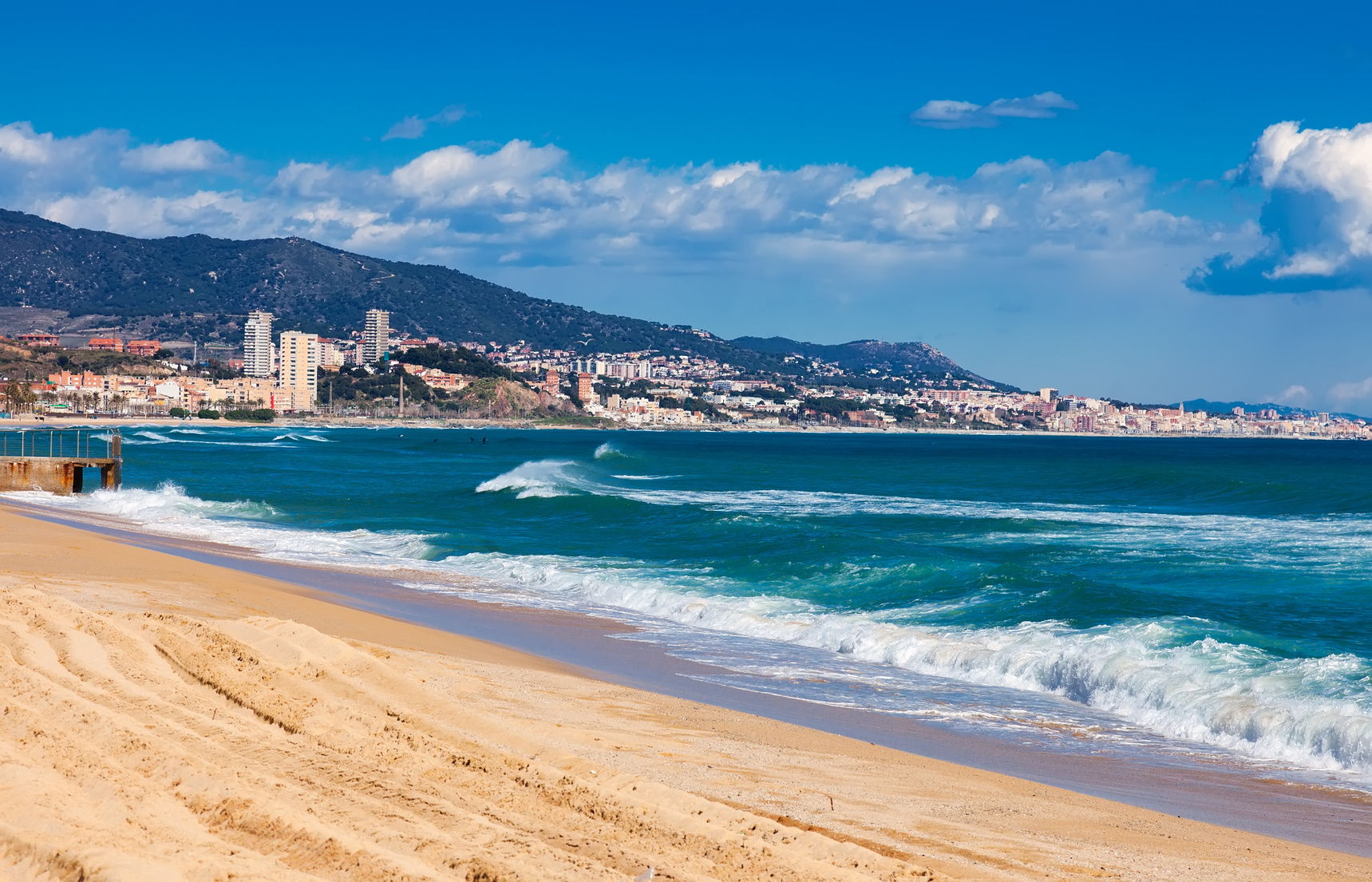 While visiting Badalona’s beaches and parks is certainly appealing, its historical sights are an absolute must. Badalona was originally inhabited by the Romans, who may have resided in the area as early as 3,500 BC. After a series of excavations in recent decades a wealth of ancient artefacts has been unearthed, many of which are on display in Badalona’s archaeological museum. In fact, the Catalonian government announced that the site is of “Cultural National Interest” in the late twentieth century.

Along with discovering Badalona’s ancient roots, its churches, monastery and eclectic assortment of architectural treasures are splendid sights to behold. 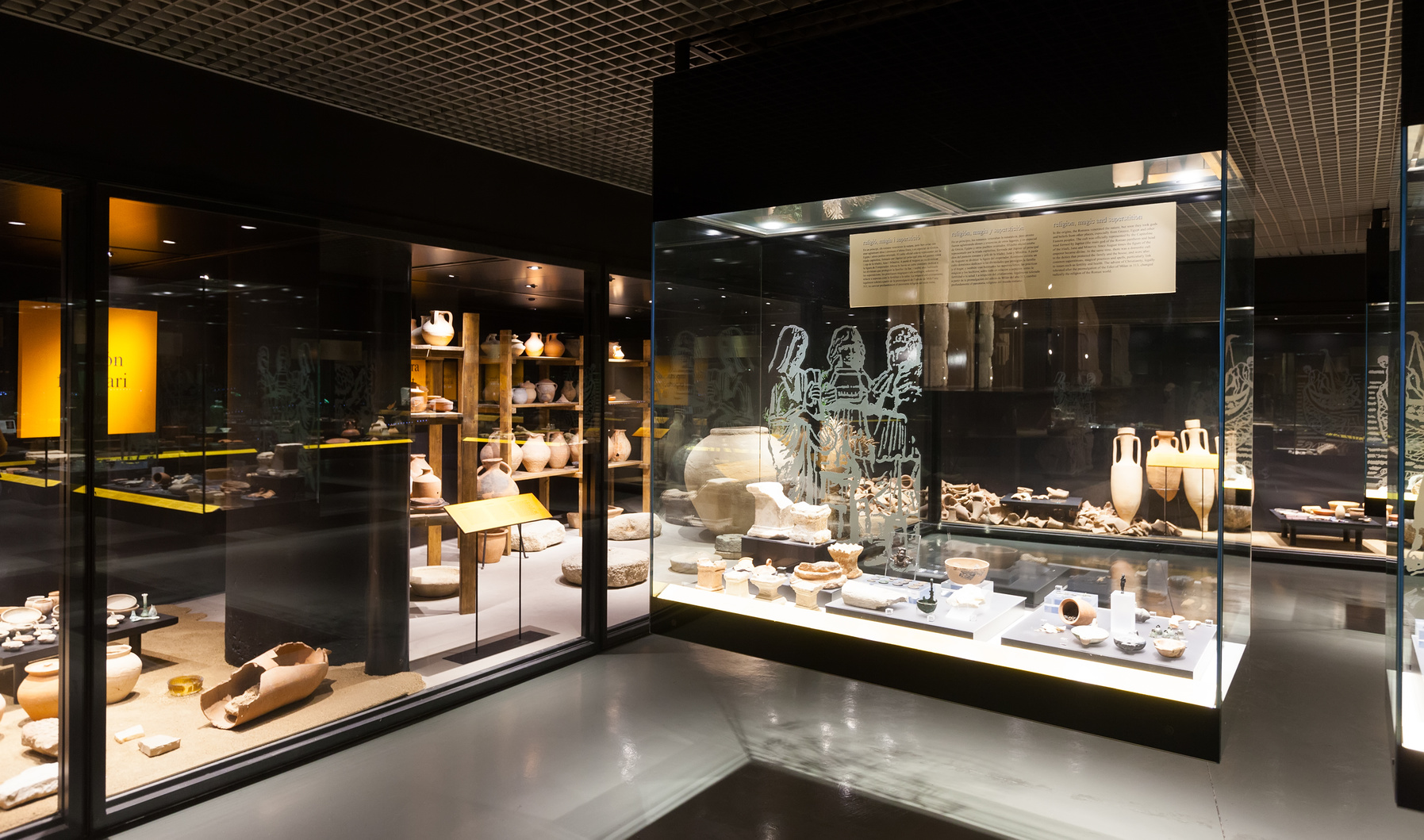 From Girona to Barcelona

Who knew that you’d pass so many worthwhile destinations on your airport transfer from Girona to Barcelona? If you’re ready to satisfy your Wanderlust, you’re sure to get an authentic introduction to Spain’s scenic sights with this guide. Perhaps, your driver will also be willing to give you some more insider tips!

Need a fast and reliable ride from Girona Airport? You’re in great hands with Shuttle Direct, Europe’s and North Africa’s finest airport transfer provider. With us, you can expect experienced drivers, punctual service and a swift journey to your hotel. Pre-book your journey online today.

NB. This route guide has been compiled as an aid to visiting the region. Your airport transfer service from Girona Airport does not include stops to these destinations.