It’s said that all roads lead to Rome. While that might not be strictly true in a literal sense, Rome is indeed a top destination for people of all walks of life. History buffs, art lovers, foodies, and many more find that this ancient city is a hub of culture and life – and has been for thousands of years. For those with an interest or belief in spirituality and religion, Rome is, naturally, the place to be. Most famously the seat of the Catholic Church, Rome also holds many more spiritual surprises.

Stopping by Rome during your Mediterranean cruise? Here’s how to make the most of the city in one day.

Whether you actively observe a religion or not, the Vatican is a must-see for all visitors to Rome. Though not technically part of Rome – Vatican City is its own nation, albeit the world’s smallest – you can hardly avoid a visit to this treasure trove of culture, history, and religion.

The Vatican’s main attraction is St. Peter’s Basilica, the world’s largest basilica and the most famous church in Christianity. Though the basilica is not the cathedral of the Diocese of Rome (that distinction belongs to the Archbasilica of St. John Lateran, see below), it is one of the holiest shrines in Catholicism. Designed by four Renaissance heavyweights – Bramante, Michelangelo, Maderno, and Bernini – the basilica is an artistic feast for the eyes, and every bit as appealing to art historians as it is to theologians. Inside, don’t miss Michelangelo’s famous Pietà, Bernini’s baldachin at the High Altar, or the four towering saints sculpted in marble placed around the basilica’s dome.

Next door to the basilica, the Apostolic Palace is another of the Vatican’s treasures. As the Pope’s official residence, not all the rooms and apartments are open to tourists, but there’s nevertheless a lot to take in. Most famously, the Palace houses the ‘Raphael Rooms’, decorated with frescoes by the Renaissance painter; and the Sistine Chapel with its iconic ceiling by Michelangelo. Brush up on your Old and New Testament stories to fully understand the countless biblical scenes depicted all over the palace. 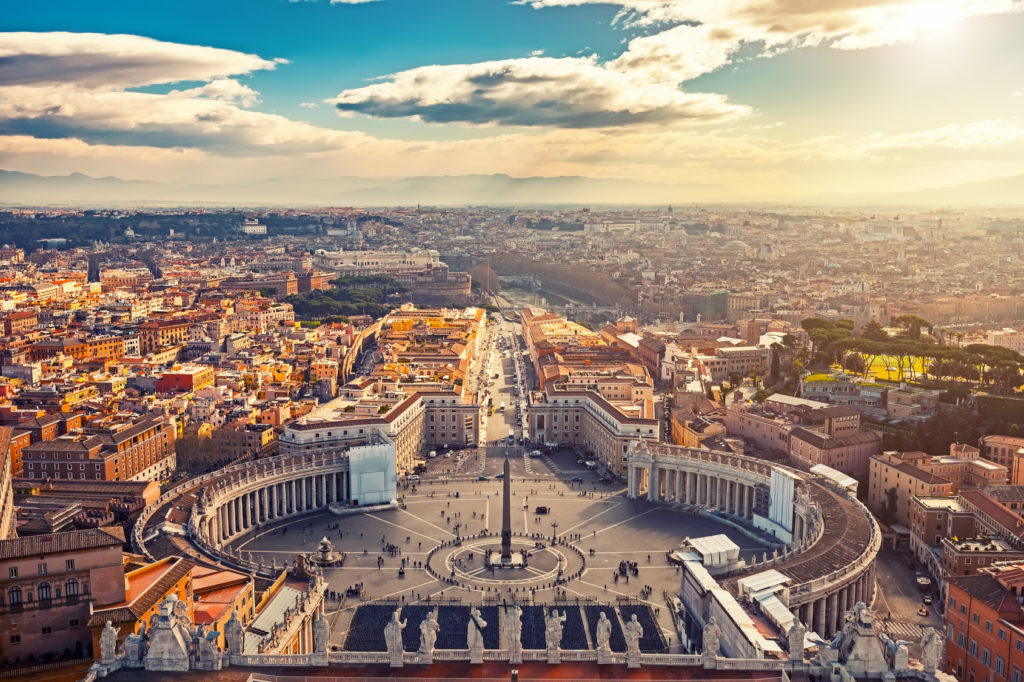 Now, leave the Renaissance to go even further back in time to the era of the ancient Romans. The Pantheon is one of Rome’s most-visited sights, and remains in excellent condition despite being built around 27 BC! The Pantheon, which means literally ‘temple of every God’, was a place of worship for the polytheistic ancient Romans, but was later converted into a Christian church, and then a tomb. Today, the Pantheon is in use as a Catholic Church. However, step inside this cavernous, circular building with its iconic oculus and discover the layers of history and belief that reside here. 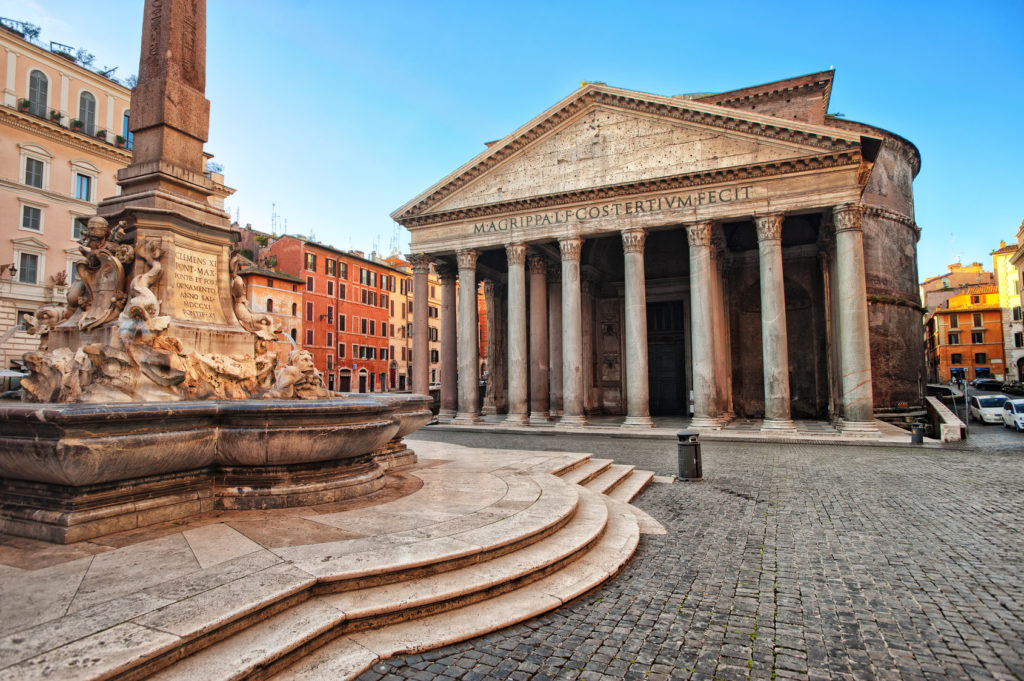 The Forum & the Via Sacra

While we’re on the topic of ancient Romans, wander over the Roman Forum to check out some of the structures this city’s most famous residents have left behind. This rectangular plaza was the beating heart of the ancient city – the site of governmental and religious buildings, ceremonies, processions, speeches, and business transactions. Running through the Forum is the Via Sacra (Sacred Road), which passes by some of the area’s most important religious sites, such as the Temple of Vesta, the Temple of Saturn, and the Temple of Vespasian and Titus. 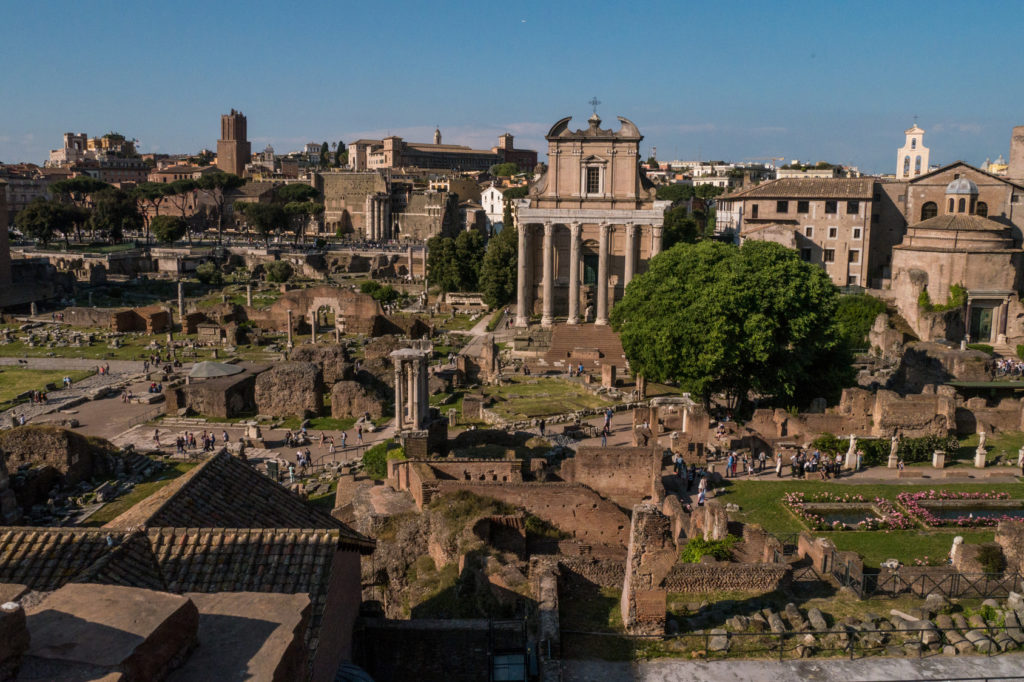 As mentioned above, the Archbasilica is the cathedral church of Rome, and therefore the official ecclesiastical seat of the Roman Pontiff – the Pope (though it’s worth noting the Archbasilica is about 2.5 miles from the Vatican). The Archbasilica’s attractions include twelve larger-than-life statues of the apostles, six papal tombs, and the adjoining Lateran Palace.

Inside the palace, don’t miss the Scala Sancta (Holy Stairs). The 28 marble steps encased in wood are said to be the stairs Jesus walked up on his way to trial. According to tradition, the steps were brought from Jerusalem to Rome by St. Helena in the 4th century. The stairs have long attracted Christian pilgrims, and continue to do so today. 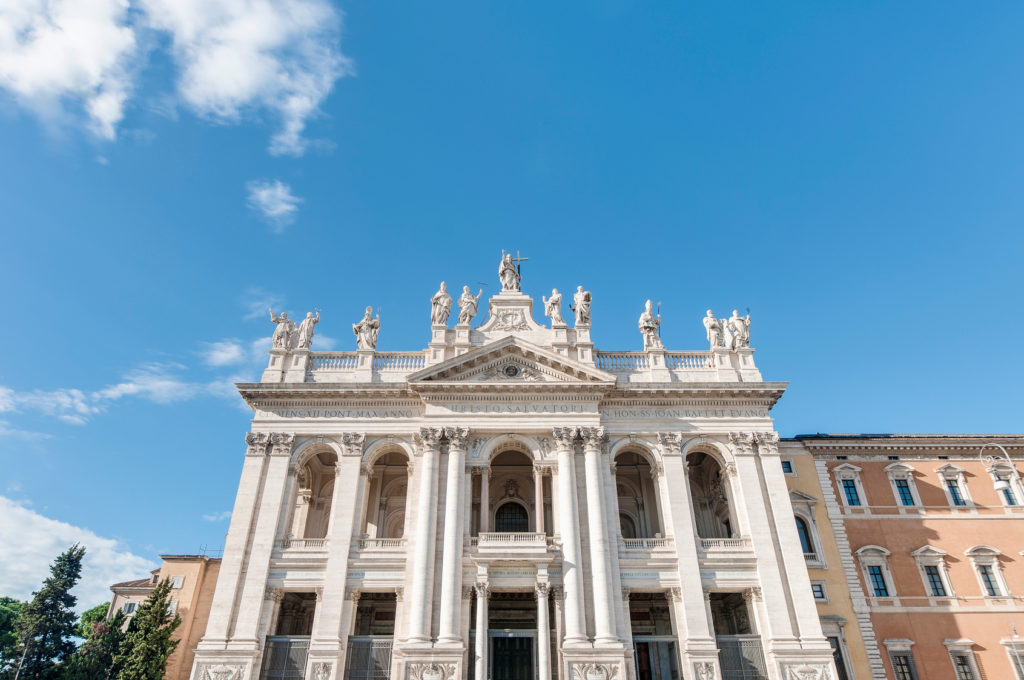 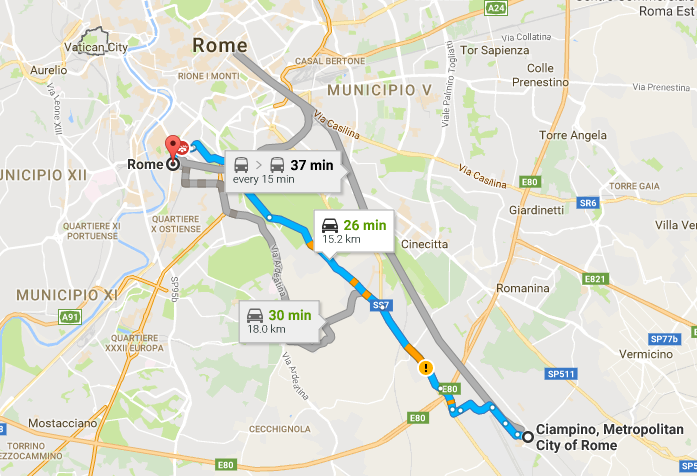 This bustling city can be a little overwhelming to first-timers, but don’t worry about finding your way around. Arrange an airport transfer into Rome well ahead of time and you’ll touch down in the city knowing that your transportation from the arrivals hall to your hotel reception is all taken care of.

Quirinale Luxury Rooms – Set inside a historic building just a ten minute walk from the Roman Forum, this three-star boutique hotel has all the charm of the old city with all the sleek, contemporary comforts the modern traveller expects. Decorated in warm, neutral tones with splashes of green, the Quirinale Luxury Rooms are both inviting and stylish. In the mornings, enjoy luscious cappuccino on the terrace while you plan the day’s activities.

Hotel Artemide – A fifteen minutes’ walk from the Pantheon, this four-star hotel is located on the bustling Via Nazionale in the heart of the city. The building dates back the the 1800s, with its grand façade and long windows making it impossible to miss. Don’t leave without having dinner and drinks at the rooftop restaurant, from which you can enjoy panoramic views of all of Rome.

Whether you’re travelling to a new place or revisiting an old favourite, Shuttle Direct can get you there with ease, speed, and professionalism. As the largest provider of transfer services across Europe and North Africa, we’re well-practiced in getting our passengers from A to B without a hitch. Next time you travel, book with us to make your transportation a breeze.