Cruise ships heading from the Baltic to Stockholm must carefully navigate the thousands of islands that make up the Stockholm archipelago before arriving in the Swedish capital. Be sure to go on deck for some of the time preceding your arrival in the city for a glimpse of one of the world’s most beautiful seaways which is made up of thousands of small islands and rock formations. And be warned that during summer months the sun rises very early in these northern latitudes so sightseeing before breakfast is highly recommended.

As an extension of the archipelago, the city itself spreads across fourteen islands and is quite a unique destination thanks to the vast areas of parkland separated by waterways.

Larger vessels usually dock at Statsgården which is very convenient as it lies just 2.5km from Stockholm’s historic centre. You can easily walk there from your berth or you can take a one of the frequent local ferry services which operate from right next to your arrival point. Some smaller ships are able to dock at Skeppsbron which is right in the Old Town. More distant docking points include Frihamnen and Värtahamnen from where your cruise line will normally provide transfers into the city or excursions which take in the main sights. Public transport from these docks into the city is also available. 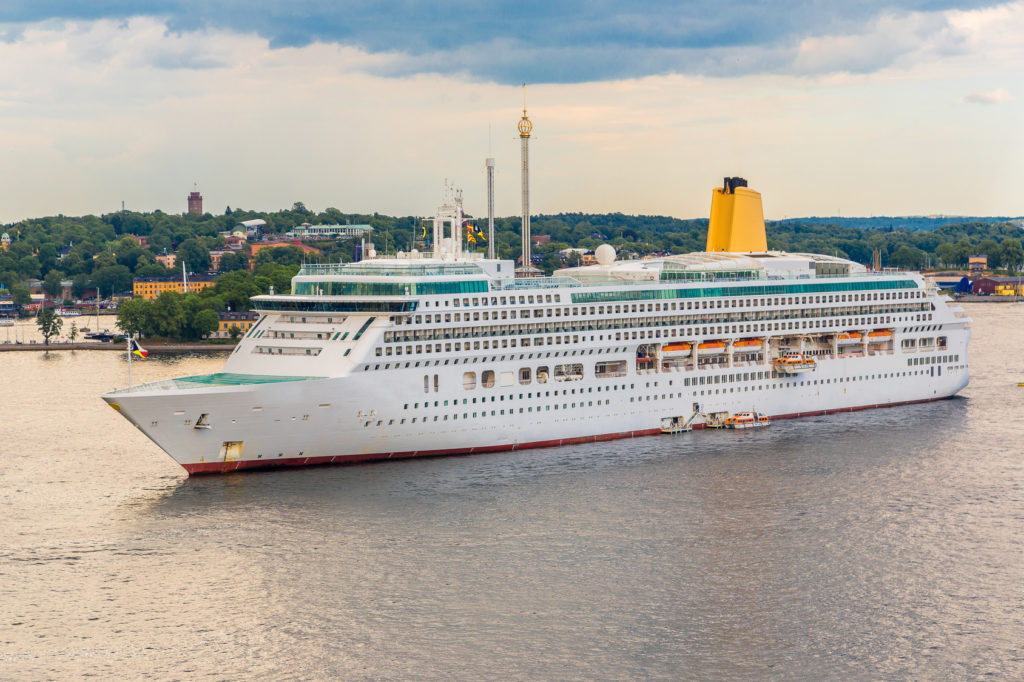 Getting Around in Stockholm

There’s a lot to see in Stockholm and a day in port is only enough to scratch the surface of all that the city has to offer. The best way to see the city is to make the most of the ‘hop-on hop-off’ boats which serve the Statsgården dock then walking between the main attractions. Alternatively, for something more exclusive you should consider hiring a private driver and guide for the day. Typically such a private tour will include all the main sights of Stockholm travelling in an air-conditioned vehicle with an English speaking driver. Some walking will be necessary at particular attractions when vehicle entry is not permitted.

Insider Tip: You will be amazed at the high quality of English spoken in Stockholm. There is no language barrier for English speaking visitors 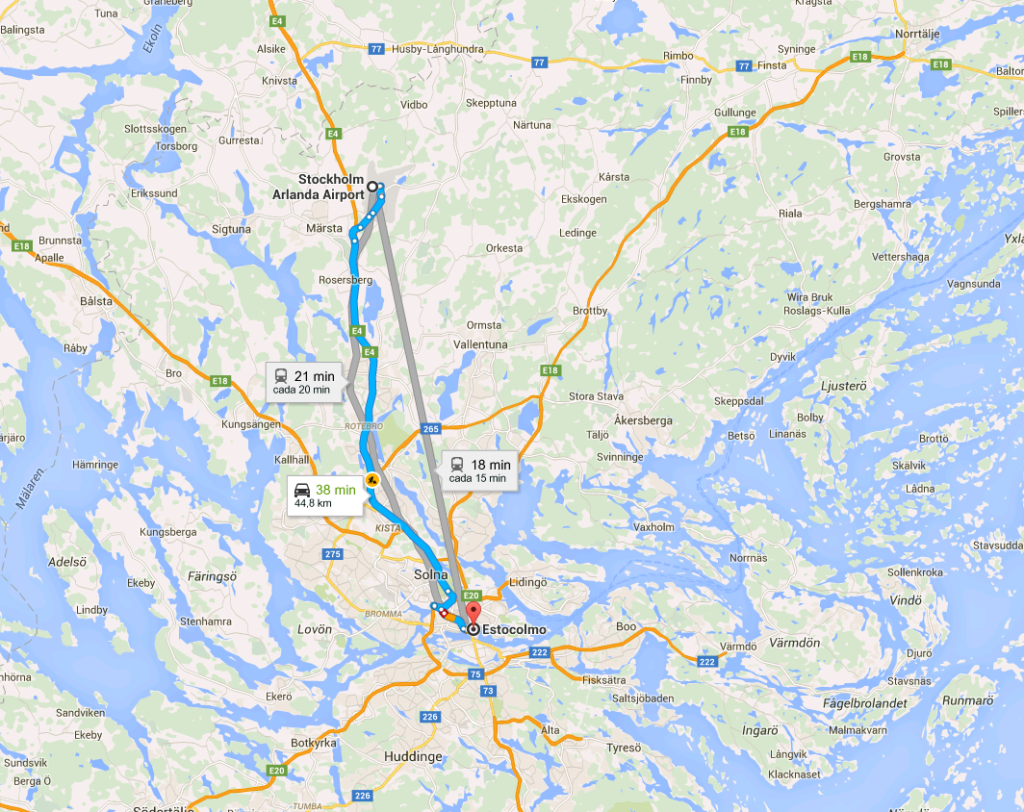 Gamla Stan (Old Town): If you’re happy wandering around without going too far afield then the charming Old Town with its cobbled streets is the place for you. It is located on a small island and is home to many beautiful historic buildings including the city’s Royal Palace.

Insider Tip: In Sweden stopping for coffee and cake is a way of life and you’ll find plenty places for a fuel stop and a chance to watch the world go by. Look out for the Sempre Italian Espresso Bar (Jakobsbergsgatan 5-7) where you’ll find great coffee and a fine selection of pastries.

Royal Palace: The Kungliga Slottet is the official residence of the Swedish monarch though their private residence is at Drottningholm Palace just outside Stockholm. It is located next to the Swedish parliament building, the Riksdag, in the Old Town. If you time your visit correctly you’ll be able to watch the changing of the Royal Guards which takes place at 12.15pm daily during the summer months (1.15pm on Sundays and public holidays).

Stockholm City Hall (Hantverkargatan 1): This architectural wonder is centrally located on Kungsholmen island. It is one of the city’s most visited attractions from where you can get some great photos looking across the Old Town. The building is best known as the venue for the annual Nobel Prize banquet.

Vasa Museum: On the island of Djurgården is Scandinavia’s most visited museum where you can see the almost fully restored Swedish warship, Vasa, which sank on its maiden voyage in 1628. If you’re not on a private tour then you can easily get to the museum by way of the ‘hop-on hop-off’ ferry services.

Djurgården: This is an island in the city centre which is easily reached from the Old Town on one of the frequent ferries or by walking along the Strandvågen boulevard which is regarded as one of Europe’s most attractive streets. The island attracts over 10 million annual visitors and is one of the city’s favourite hangouts for locals. As well as forest areas and small harbours there’s a wealth of historic buildings and museums including the Skansen open-air museum, a fun park, a zoo and a museum dedicated to one of Sweden’s greatest exports, the pop group Abba.

Insider Tip: Pickled herring is a popular dish of choice all over Scandinavia. For a light and novel lunch head for the Herring Wagon in Södermalm Square where you can sit at outside tables and enjoy this local delicacy on rye bread.

Royal Dramatic Theatre: The Kungliga Dramatiska Teatern , or Dramaten, is yet another impressive building worth visiting during your time in port. This multi-stage venue hosts around 1000 performances per year and its acting school has successfully helped produce some world famous celebrities including Ingrid Bergman and Greta Garbo.

Nobel Museum (Stortorget 2): This fascinating museum is dedicated to providing information about the Nobel prize and its winners and celebrates the life of its founder Alfred Nobel who was born in Stockholm. It stands in the old Stock Exchange building on the Stortorget, the city’s oldest square, in the Gamla Stan. 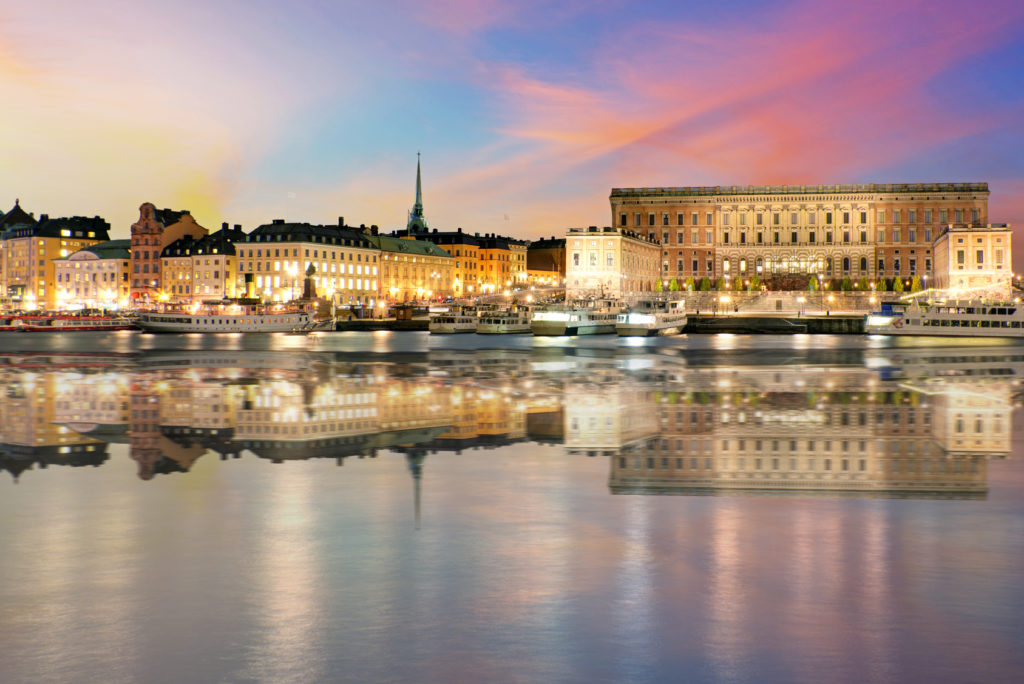 If you have time you might decide that you’re interested in taking a shore excursion beyond the city limits of Stockholm. There are three World Heritage Site destinations which are well worth considering:

Drottningholm Palace: This 16th century palace is the private home of the Swedish monarchs King Carl XVI Gustaf and Queen Silvia. It is on the island of Lovön just 6km west of the city by road. The city boat services go there from Stadshuskajen (city hall docks).

Skogskyrkogården: Located 15km south-east of the city by road, the Woodland Cemetery was designed by Asplund and Lewerentz, two renowned Swedish architects. Their creation is an architectural masterpiece set in stunning surroundings which make it one of the world’s most beautiful cemeteries. Stockholm’s excellent metro system connects it with the city centre.

Birka: This Viking city is on the beautiful island of Björkö some 30km west of Stockholm. Visitors depart by boat from the quay at City Hall for a picturesque excursion to what was once a key trading centre for the Vikings and is today recognised as Sweden’s oldest town. The journey takes two hours each way from Stockholm so be sure to check that you’ll be able to get back to port in plenty time for your ship’s departure. 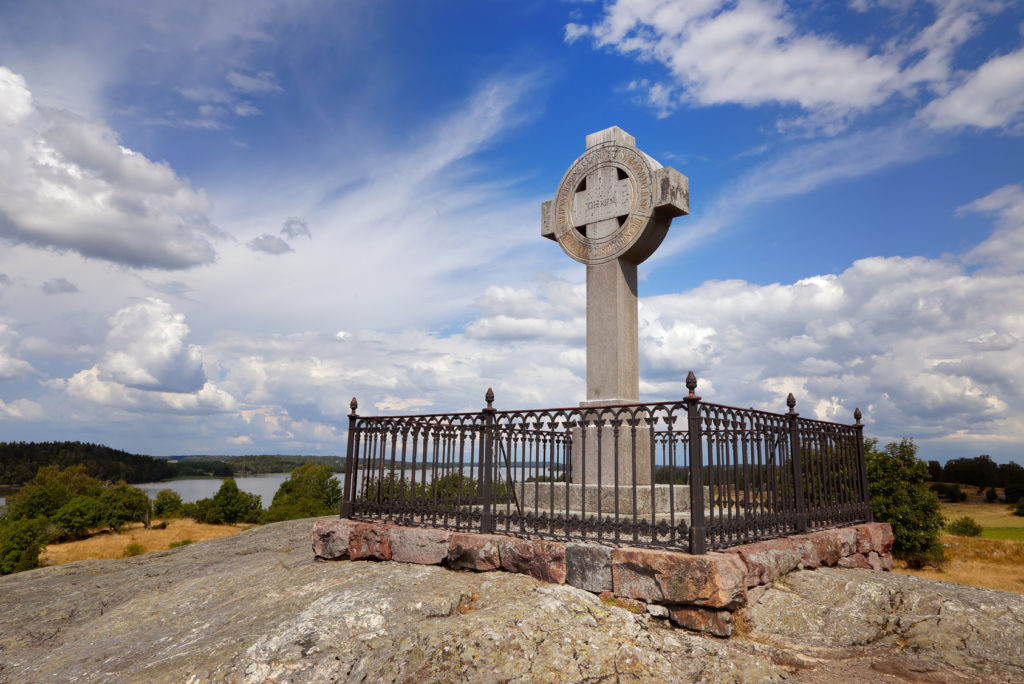