In search of a holiday that strikes the perfect balance between leisurely beach time and sophisticated excursions? Look no further than Valencia, a natural and cultural gem situated on Spain’s sunny east coast. But if you’ve booked Shuttle Direct’s airport transfer from Alicante to Valencia, you’ll soon realise that it’s also very worth embracing your inner explorer and venturing outside of your holiday destination. Why not plan a few full- or half-day trips to visit some of the picturesque places that you spotted on your car journey?

Here’s a list of noteworthy spots that you’ll pass by during your two-hour airport transfer. Your trip will be much more pleasant with some interesting background information in mind!

Although these adjoining forests’ names are difficult to pronounce, it’s worth trying to strike up a conversation about these natural sensations during your journey from Alicante to Valencia. Thanks to their jaw-dropping beauty and large variety of flora and fauna, the woodlands became a protected landscape in 2007. Over the past decade, the idyllic setting has attracted thousands of tourists, particularly those looking for Spain’s best climbing, paragliding and mountain biking paths – the grounds have plenty that promise to challenge and delight active travellers.

However, even if you’re not a sports fanatic, you’re in for a treat if you go for a hike: not only will you get your heart rate up and burn off those extra holiday calories, but you’ll also be able to enjoy awe-inspiring vistas of the coastline from the area’s many viewpoints. Make sure to pack your cameras! 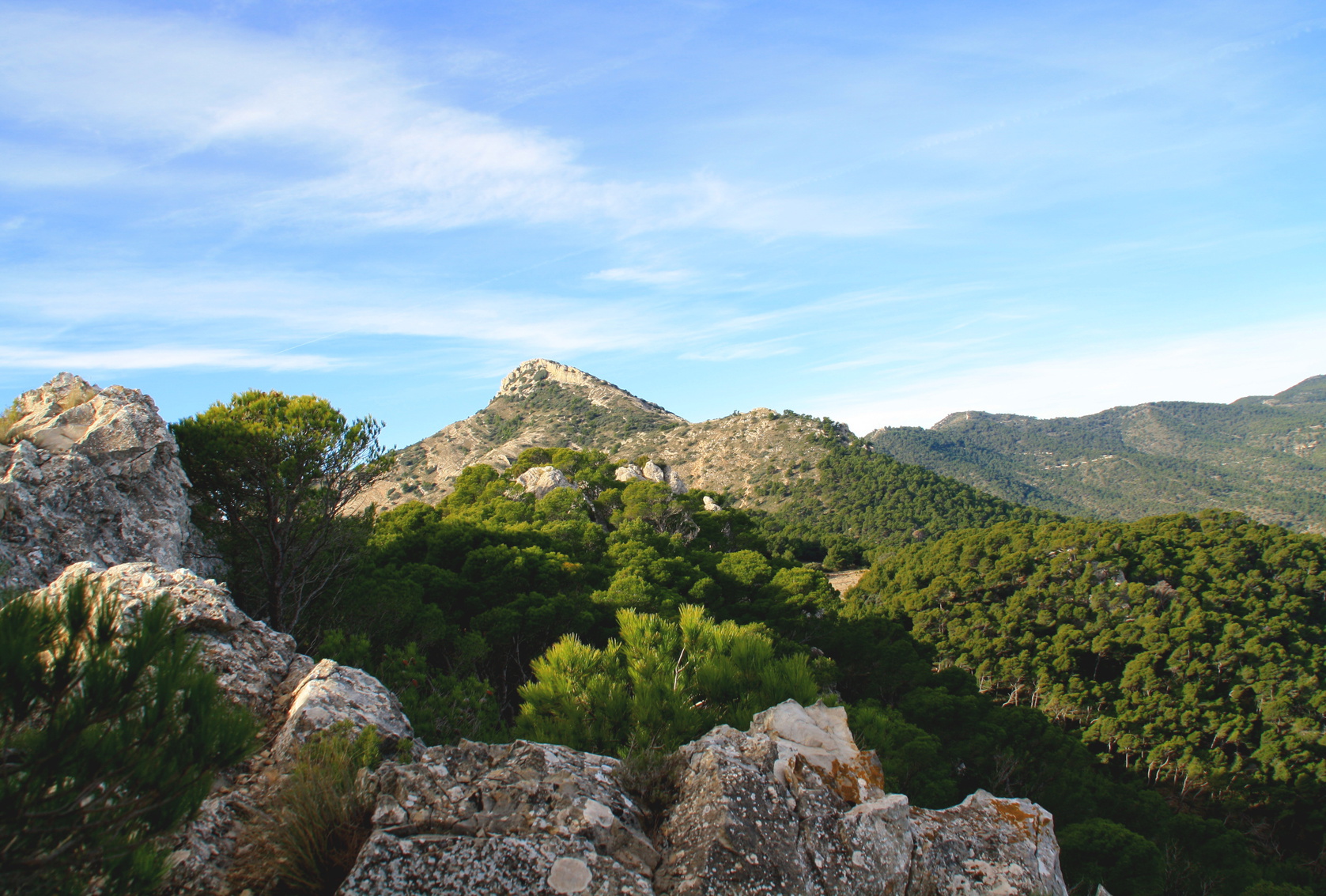 About an hour into your journey from Alicante to Valencia, you’ll pass Ontinyent, a charming village whose Old Town is an official Property of Cultural Interest. What’s particularly striking about the town is the contrast between old and new: while strolling through its narrow streets, you’ll witness an eclectic mix of elegant eighteenth-century Valencian manors and strikingly modern edifices, which showcases the village’s longstanding history and momentous developments over time.

The most beloved attraction is undoubtedly the renowned Iglesia de Santa María, otherwise known as the Church of Saint Mary. Its beautiful bell tower is a whooping 71 metres tall, and has become an iconic landmark of the village over the centuries. What’s more, the Renaissance-style church’s interior has stopped numerous tourists right in their tracks, along with the breathtaking paintings and sculptures by esteemed artists including Mariano Benlliure and Ribalta. And if that doesn’t satisfy your cultural itch, continue scratching it by touring Ontinyent’s palace, Franciscan cloister, natural science museum, Carmelite cloister… and the list goes on.

Although the village is small, don’t be fooled: it truly has everything – and more – to quench your cultural thirst. 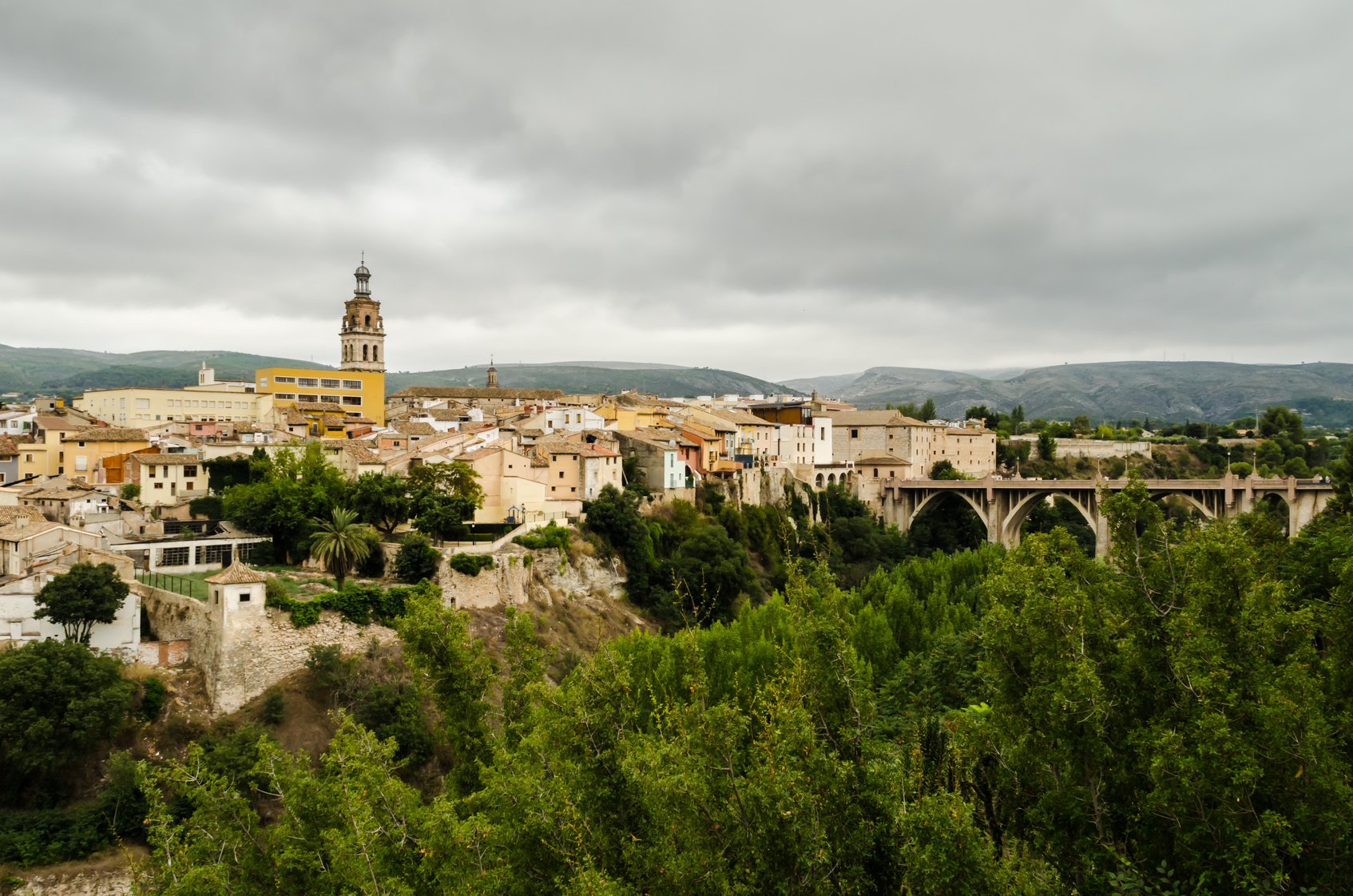 Just a few miles down the road, don’t forget to talk to your driver about Xàtiva, a town that looks like it was taken straight out of a fairytale. It sits at the bottom of a mountain, and is composed of quaint, winding streets that will allow you to explore every nook and cranny of the historic village. At times, it may feel like you’re in a time warp, considering how little has changed since ancient Roman times. Fun fact: Xàtiva was actually famous for its extensive educational system in the twelfth century, and was known for housing several noteworthy Islamic scholars, such as Abu Ishaq al-Shatibi, over the centuries. Why not take a trip to the village and learn more about its fascinating and longstanding history during your holiday?

If you’re tempted by this idea, there’s one thing you’ll definitely want to see: the Castle of Xàtiva, a cultural gem that has been around since the eleventh century and is situated on the village’s neighbouring mountain. Today, numerous tourists make the trek up to explore the castle’s impressive remains and learn about its extremely turbulent past.

If you’d rather save your energy – which is very wise on hot days – you can also take a train up to see the castle. In addition to finding out what makes Xàtiva such a special village, you’ll have a splendid view of the surrounding countryside from the mountain’s summit. Two birds, one stone.

During the final stretch of your drive from Alicante to Valencia, you’ll whizz past Alizra, a village filled with historical wonders. Whether you’re interested in the Paleolithic, Neolithic, Bronze, or Roman era, Alzira’s archaeological sites are just the thing for you. The town also becomes every architect’s favourite playground in no time: from Gothic to Baroque to Renaissance, Alzira’s edifices showcase a variety of styles that highlight its enduring existence throughout the ages.

While exploring the village, be sure to pop into Alzira’s churches, all of which are extraordinary sights to behold. Tourists can never stop raving about Santa Catalina, a church that merges Gothic, Baroque, and Renaissance elements to create a one-of-a-kind edifice. Furthermore, Santa Maria de la Murta, which served as a Hieronymite monastery between the fifteenth and nineteenth centuries, is perfect for discovering the town’s religious history and for experiencing true tranquillity.

From Alicante to Valencia

During your transfer from Alicante to Valencia with Shuttle Direct, you won’t experience a dull moment – there are simply too many cultural and natural troves to look out for. Frequently, our experienced and local drivers are also happy to tell you about their own experience in the area and will give you some insider tips. After witnessing the beauty of Spain’s east coast from your window, you may feel inspired to see what adventurous, cultural and natural excursions lie beyond Valencia.

Thanks to our knowledgeable, helpful and friendly drivers, Shuttle Direct is Europe’s and North Africa’s leading airport transfer service. With our reliable and economical services, you’re in for a stress-free trip from Alicante to Valencia: simply watch the scenic landscapes go past as you get into holiday mode.

NB. This route guide has been compiled as an aid to visiting the region. Your airport transfer service from Alicante Airport does not include stops to these destinations.