A short drive north of San José leads to the Poás Volcano National Park which is the country’s most active volcano and a great excursion from the capital. Standing at 2,708 metres this imposing volcano erupted as recently as 2017 but hasn’t seen a major eruption since 1910. As well as viewing the volcano’s two crater lakes visitors can enjoy any number of hiking trails around the national park which offer spectacular views over the surrounding countryside. 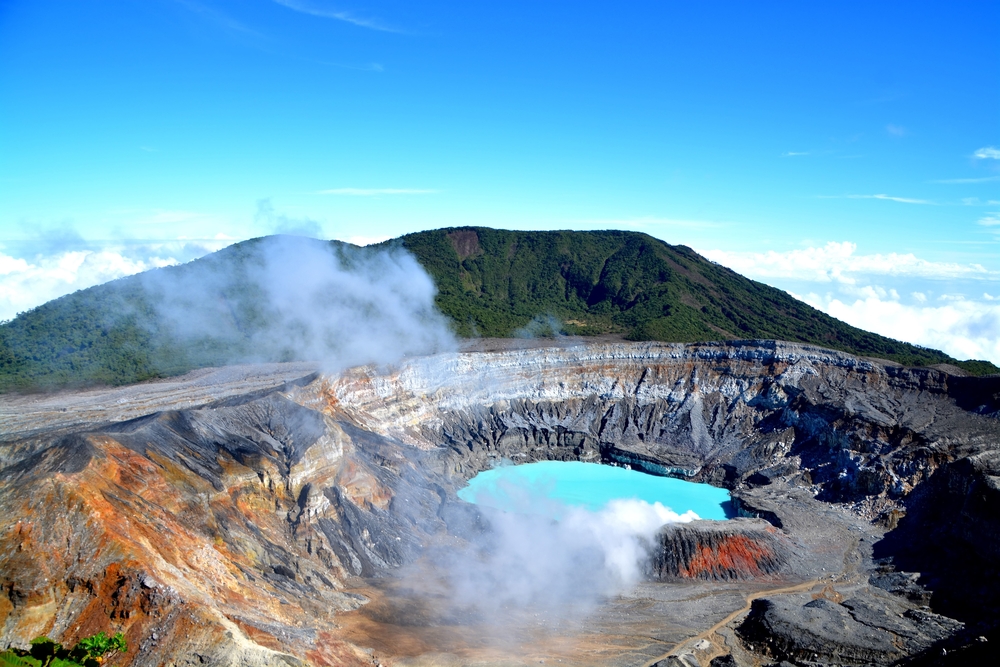 The Monteverde Cloud Forest Reserve is one of Costa Rica’s premier ecotourism destinations which is home to thousands of species of plants, mammals, birds, reptiles and insects. A major attraction for birdwatchers who visit the park is the chance to see the very rare quetzal birds which inhabit these forests. The humidity of the national park creates one of the planet’s most incredible cloud forests which attracts many visitors every year to the small town of Monteverde in Puntarenas. A lesser known park nearby which offers a similar experience is the Santa Elena Cloud Forest Reserve which is a good choice when visitor numbers to Monteverde are high.

The town of La Fortuna de San Carlos lies 115km north-west of San José and serves as the country’s main gateway to the much visited Arenal Volcano National Park. From the central square of the town visitors can see the cone-shaped volcano some 6km to the west of town. This was once Costa Rica’s most active volcano but it hasn’t experienced any major eruption for more than 50 years. Visitors to the park can take walks through the rainforest and discover old lava trails which are still in evidence. Another major attraction which lies just 5km south-west of town is the Catarata Río Fortuna. This is one of the country’s most impressive waterfalls where a 75 metre cascade of water feeds a pool of clear water in which visitors can swim. 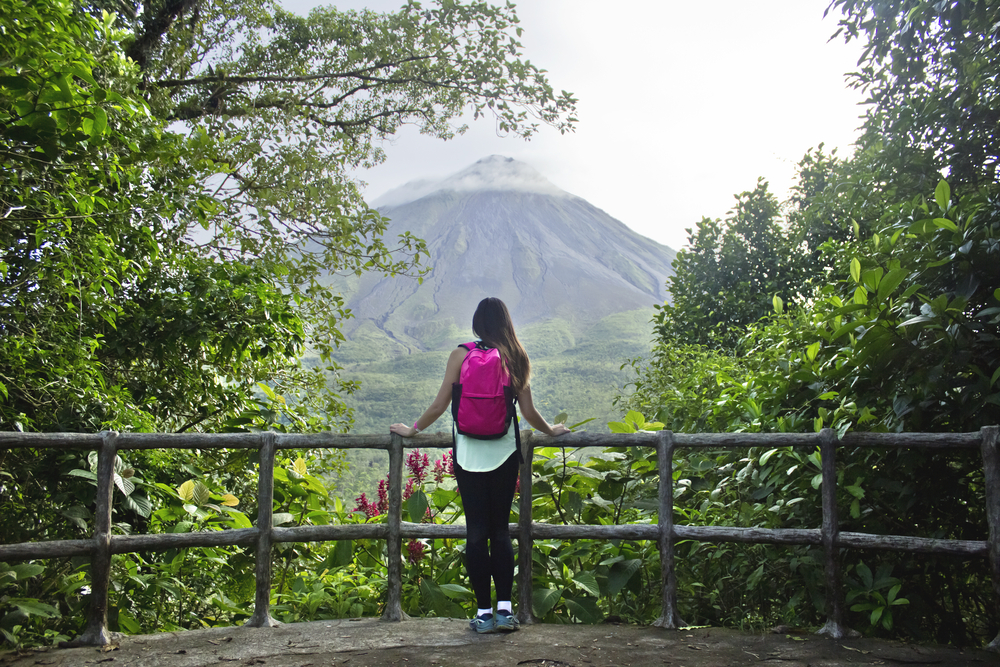 In the deep south of Costa Rica on the Pacific west coast lies the Osa Peninsula which is home to the immense Corcovado National Park. This is the country’s largest national park which is widely regarded as ‘the most biologically intense place on Earth in terms of biodiversity’ according to the National Geographic Society. This remote area is not a destination for holidaymakers, but rather ecologists and outdoor enthusiasts. More than half of the country’s known species of wildlife inhabit its 424 square kilometers including jaguars, anteaters, sloths, crocodiles and tapirs. The park is difficult to get to but visitors who do make the effort will find unrivalled opportunities for camping and hiking as well as being able to relax on beautiful beaches which remain a world away from Costa Rica’s traditional holiday destinations.

This uninhabited island with its tropical rainforest lies 550km off the west coast of Costa Rica. It is a gold standard destination for the world’s scuba divers who head here to observe its quite remarkable marine life which includes hammerhead sharks, whale sharks, manta rays and moray eels. With no accommodation on the island the only option for divers is to visit on live-aboard vessels. Cocos Island has appeared on TV screens around the world when scenes from Jurassic Park were filmed here. 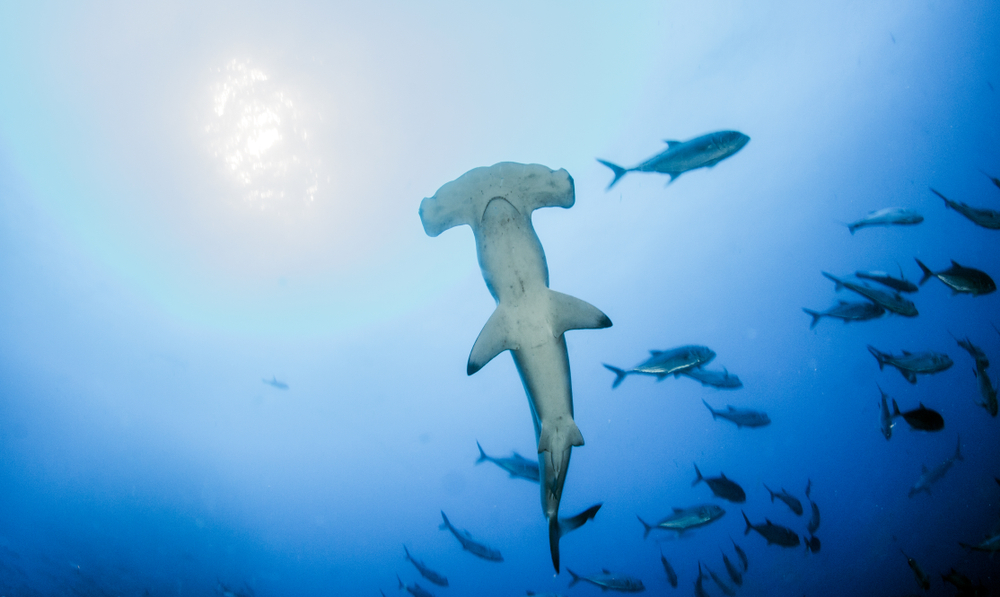 Located in the south-central part of the country, this national park is home to Cerro Chirripó which is Costa Rica’s highest mountain. Standing at an altitude of 3,821 metres, the mountain overlooks a vast terrain of cloud forests inhabited by an impressive range of flora and fauna. There are many hiking trails within the national park and visitors with a permit are allowed to climb the mountain which on a clear day provides spectacular views from its peak to both the Pacific and Caribbean coastlines.

Standing in the north of the country this national park is named after its resident volcano which is notable for its four volcanic peaks and two twin craters. Visitors to the park walk to the top of the volcano along the Lago Las Dantas Trail. Views of the rainforest and cloud forest from the top are quite spectacular. Other highlights of the park include the beautiful Río Celeste with its turquoise waters, hot springs, waterfalls and the presence of some rare wildlife including the illusive puma. 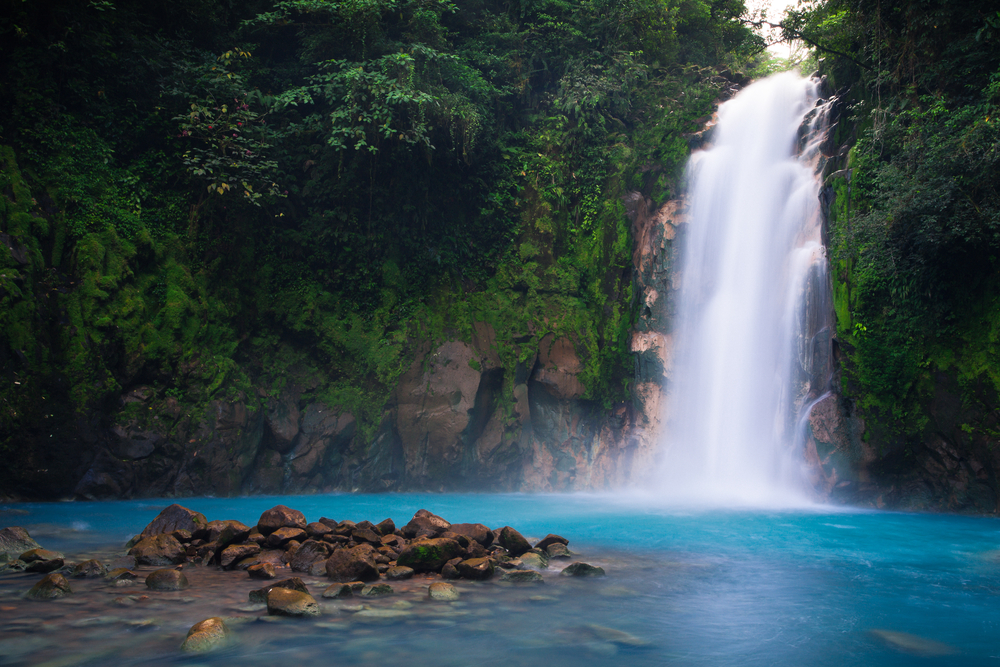 With its biodiverse range of natural habitats on the north-east coast of Costa Rica, the Tortuguero National Park is a nature-lover’s paradise. It can only be reached by boat or plane and exploring the region involves boat trips along its many rivers and canals. The park is especially popular in April and May when visitors can observe a variety of sea and river turtles in their nesting areas. Visits during the rest of the year are still worthwhile as the region’s wildlife is always plentiful.

The centrepiece of this national park located in the north-west of the country is the Rincón de la Vieja volcano which erupted as recently as June 2020. Visitors who wish to hike up a section of the volcano should take the drier western slopes as the lush, eastern slopes see much higher levels of rainfall. On the climb hikers will encounter hot volcanic springs and bubbling earth and enjoy spectacular views over the surrounding countryside. The park is home to yet another array of flora and fauna which includes a number of rare species such as pumas and jaguars. 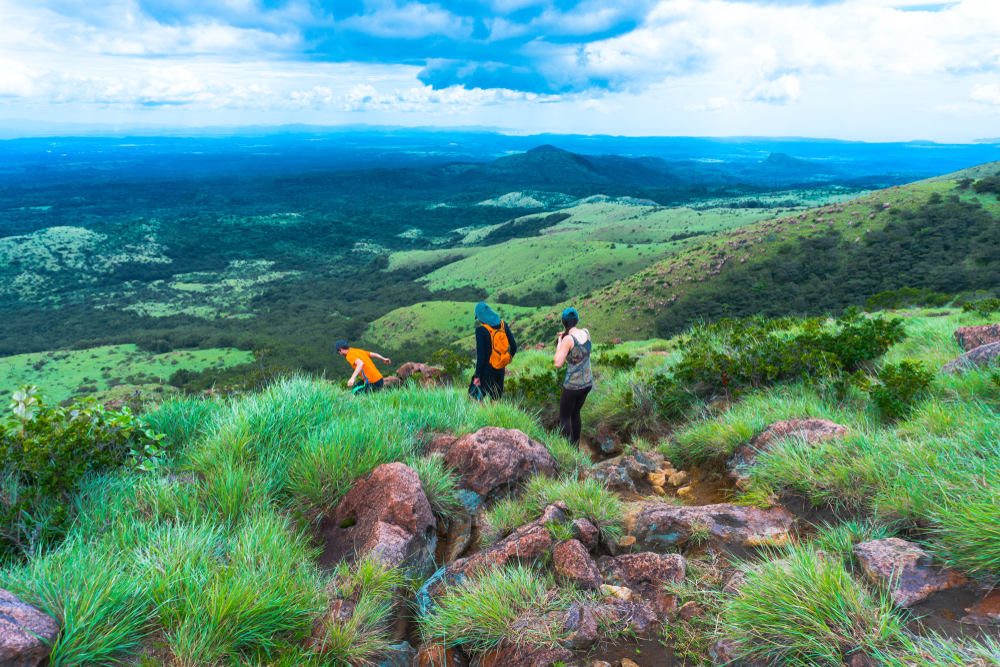 On the other extreme of size, this is the smallest of Costa Rica’s national parks which is located on the mid-Pacific coast near the city of Quepos. In spite of its size this tropical coastal rainforest is considered to be one of the country’s most beautiful parks which attracts many visitors from the nearby town of Manuel Antonio to its glorious beaches and well established hiking routes. The Manuel Antonio National Park is also known for its diversity of wildlife which includes howler monkeys, squirrel monkeys and two-toed sloths. The birdlife attracts ornithologists from all over the world and dolphins can often be seen offshore together with infrequent sightings of migrating whales.

Ground Transportation in Costa Rica: Visitors to Costa Rica generally arrive at one of its two international airports from where transfers to the country’s main resorts and natural attractions can be arranged: 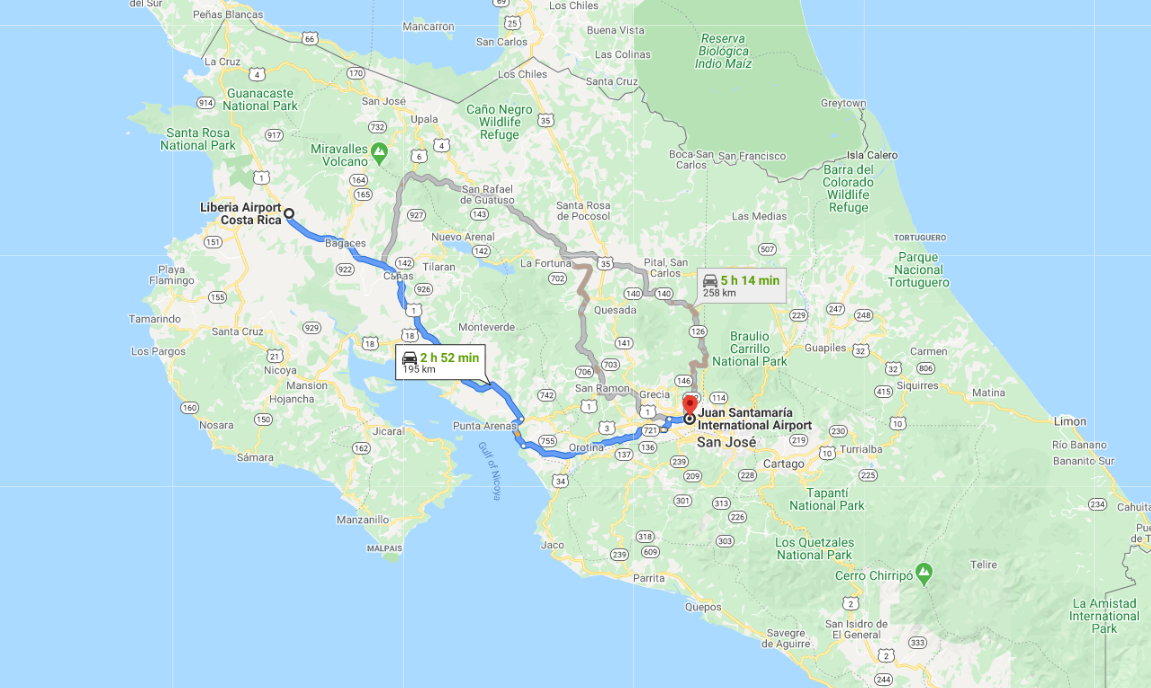