Despite the Balkans’ growing popularity as a holiday destination, Montenegro is still very unknown to UK travellers. While it’s a shame that Brits aren’t spending more time getting to know Montenegrin culture, it has its upsides. Going off the beaten track in Budva this lets you meet fellow travellers from all over the world – no more sticking with the first group of English speakers you find! It also means you’ll come home with some truly unique stories – not to mention a social media feed unlike any of your friends’.

Budva and the Beaches

Strangely for a town that is almost unheard of in the UK, Budva is known as the ‘tourist capital’ of Montenegro. Don’t let this fool you, though: this city isn’t merely a fun in the sun resort or booze-soaked strip. No, Budva has a spectacular history and culture all its own.

Founded in the fifth century BC, Budva is one of the oldest cities on the whole Adriatic Coast. Legend has it that the town was set up by the son of a Phoenician king and his new bride. A similar story lies behind the city’s official symbol – the two dolphins on the crest are said to be two lovers who jumped from a cliff into the ocean to escape pursuers.

Apart from myths and legend, the city also boasts a spectacular series of beautiful beaches. The coast runs 21km and is home to 17 sandy shores – so there’s always somewhere new to relax and see the sea. 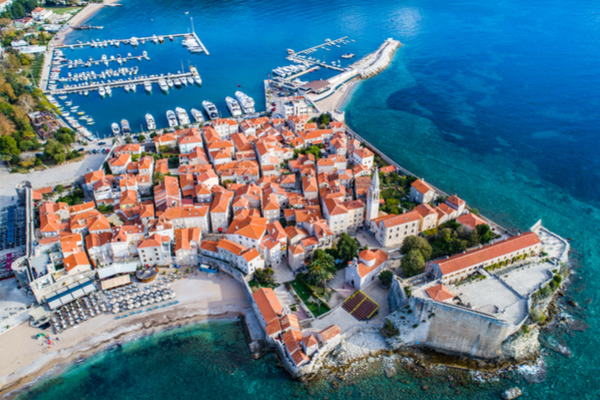 Sightseeing and Festivals in the Old Town

Stari Grad is the name of Budva’s old town, and with its white walls and burnt ochre roofs it’s easily the most charismatic area of the city. Its festivals attract artists, musicians and poets in the summer, and its vast number of churches make it a must-visit location at any time of year.

As with many cities located with access to busy trading seas, Budva has played host to a diverse range of cultures in its time. Each of these has left its mark on the city; a simple walk through the old town will take you past Roman ruins and a truly staggering number of churches.

The writer Stjepan Mitrov Ljubisa is entombed at the Church St. Trojica, and the Churches of St. Ivan, St. Bogorodica and St. Sava also grace the town. The highest and largest in the city is the Catholic church of St John, which dates back to the seventh century. The Church of the Holy Trinity, meanwhile, is far newer. It was completed in 1804 as an Orthodox house of worship, and its frescoes are still unique and breath-taking more than two centuries later.

Don’t despair if by some miracle you’ve managed to make your way around all Stari Grad’s churches: the old town has a few more sights in store yet. An archaeological museum houses Greek, Byzantine and Slavonic artefacts, while the city walls allow you to walk around the town’s dynamiter. The best views, though, are from the restaurant and bar built into the ancient citadel. While this building once sheltered Budva’s citizens in times of danger, it now lets you look out over the rooftops to the shimmering blue Adriatic. Bliss.

If you’re lucky enough to be in Budva over summer, Stari Grad has even more magic for you. In the hottest months of the year the days are longest and, between the June solstice and the September equinox, the district transforms into a gigantic open-air theatre. 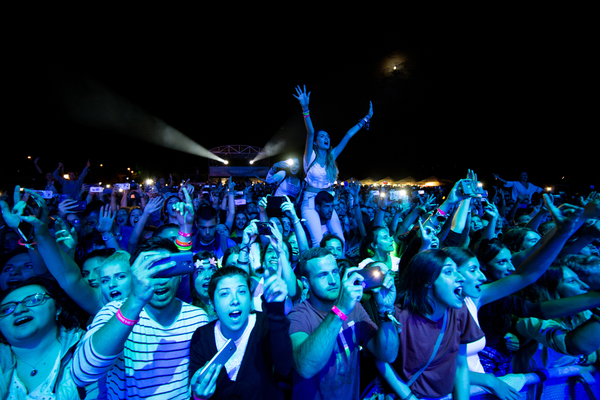 Performers flock to Budva from all over the world to entertain and enthral, and cafes and restaurants thrive and bustle. The whole city teems with people and is brought to life by the atmosphere of the season. Businesses stay open late and the lights of the old town’s storefronts illuminate happy customers as they spill out into the streets.

Hotel Astoria – Located on the Stari Grad’s main street, the Astoria combines an imposing medieval exterior with soft interior decoration to produce a visually stunning yet warm and comforting place to stay. A variety of suites and double rooms are on offer, and the hotel even boasts its own private beach.

Old Tower Apartment – Also in the old town and just a two-minute walk from the Holy Trinity Church, the Old Tower Apartment offers guests self-catered accommodation in flats with televisions, bedrooms, bathrooms and living room. Plus the beach is just a 500-yard walk away.

Rooms Dana – Rooms Dana is a little further from the beach than the Old Tower Apartments, but not by much. It’s just 550 yards from Mogren Beach, and the same distance from the Holy Trinity Church. It’s extremely highly rated, and it’s easy to see why: each room in this guest house is tastefully furnished and well-equipped, with a private bathroom to boot.

How to Get to Budva

Podgorica, the nearest airport to Budva, is easily accessible from the UK. Two airlines run regular journeys, which take around two and a half hours. Although you might have to compromise on travel times as there’s not the round-the-clock services other European destinations are blessed with, flights can often be extremely cheap, with Ryanair especially offering great deals.

From the airport, it’s a simple 65km shuttle transfer. The journey takes around 90 minutes by car. 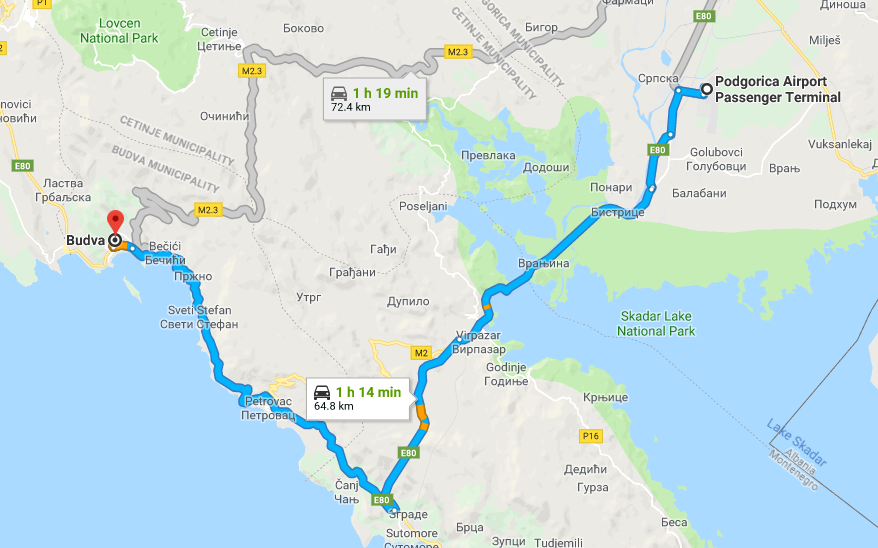 One of Europe and North Africa’s best reviewed airport transfer operators, Shuttle Direct is proud to offer guests quick and easy transports with friendly, professional drivers who know the area just as well as they know the routes (and are almost always happy to give a few insider recommendations).