With a culture woven from legend, rich Celtic mythology and fiercely-held tradition, the enchanting spirit of Ireland can work its way into even the hardest of hearts. The Emerald Isle so romantically described in 18th century poetry lives up to its name, with a landscape so diverse it’s hard to believe so much beauty can exist in one small island.

But alongside the breath-taking terrain and storied relics of an intrinsically important civilisation, perhaps the most enduring symbol of the country is her people. In a nation where everyone’s a storyteller and every stranger is a friend waiting to be met, open your heart to ‘the craic‘ and everything else will fall into place.

The architecture and sophistication of Dublin, is offset by a joyful culture that’s impossible not to get drawn into. A visit to the famous Guinness Storehouse is a must, and the renowned Dublin Literary Pub Crawl combines everything that’s so wonderful about the city in an unforgettable few hours. 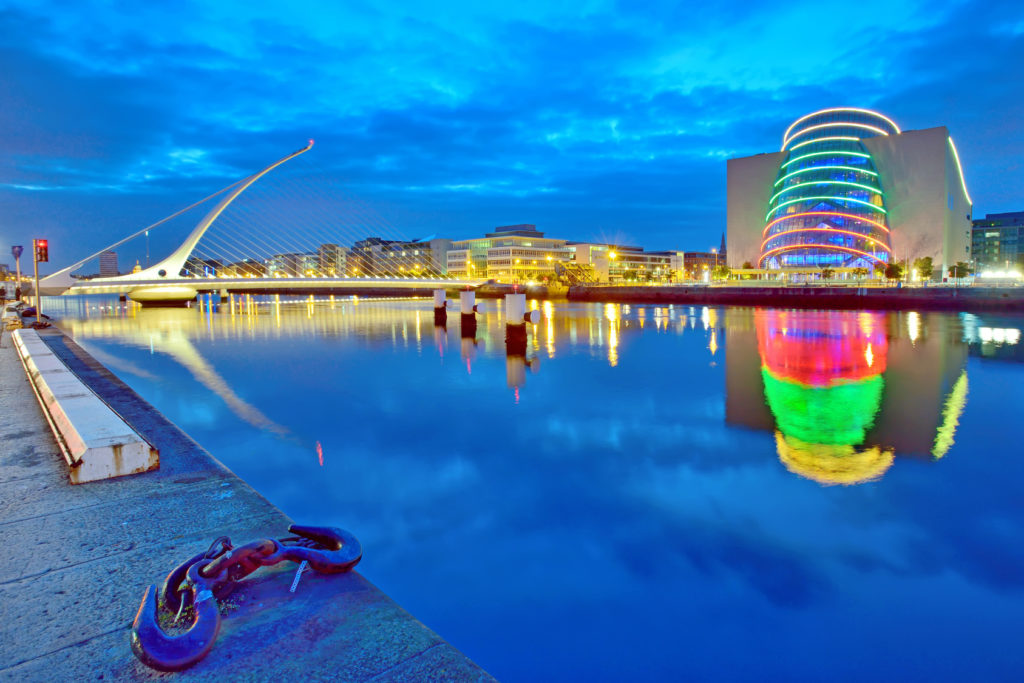 Beyond the pub culture, traversing the 2,400km of the Wild Atlantic Way on a road trip will reveal the extraordinary scope of the west coast’s natural beauty. From County Donegal following the ragged coastline all the way down to County Cork, this stunning route encompasses some of the most astonishing panoramas you’ll ever encounter.

The quaint town of Dingle, located at the foot of the Slievanea Mountain on the peninsula of the same name, holds the honour as the most westerly point of Europe. Endearingly traditional in both appearance and character, the town is the jumping-off point to explore a number of high-profile attractions like the Blasket Islands, Conors Pass, Eask Tower and Rahinnane Castle.

Of course, a trip to the Emerald Isle wouldn’t be complete without puckering up to the Blarney Stone. Situated within the lovely medieval Blarney Castle, in County Cork, a kiss on the stone is said to bestow the gift of eloquence. It certainly won’t hurt to try…

Despite the jokes about potatoes, there’s more to Irish cuisine than stews and mash. Heavily influenced by English gastronomy, it makes the most of seasonal local produce (yes, including potatoes) and plenty of lamb, dairy and seafood. 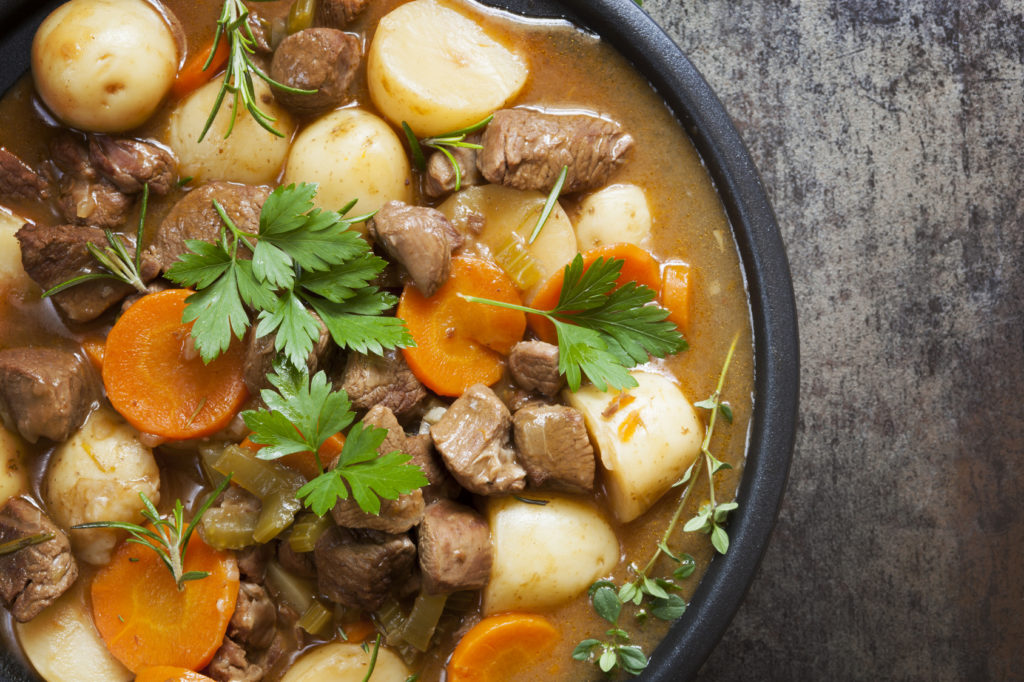 You won’t get out alive without trying the iconic Irish stew, a one-pot dish of meat and veg (traditionally made with mutton but now more often with lamb) stewed for several hours and thickened with barley. (Mop it up with some traditional soda bread.) While Galway oysters are legendary, wild Irish salmon is a true national delicacy, gently poached and served with a white sauce. Boxty are the dumplings, pancakes or bread made from a mixture of grated and mashed potato, fried in lashings of butter. Say hello to the last hole on your belt…

With a temperate oceanic climate, Ireland’s unpredictable weather means you’ll need to be prepared for four seasons in a day. The winds coming off the Atlantic mean the west coast sees more than its fair share of wind and rain. 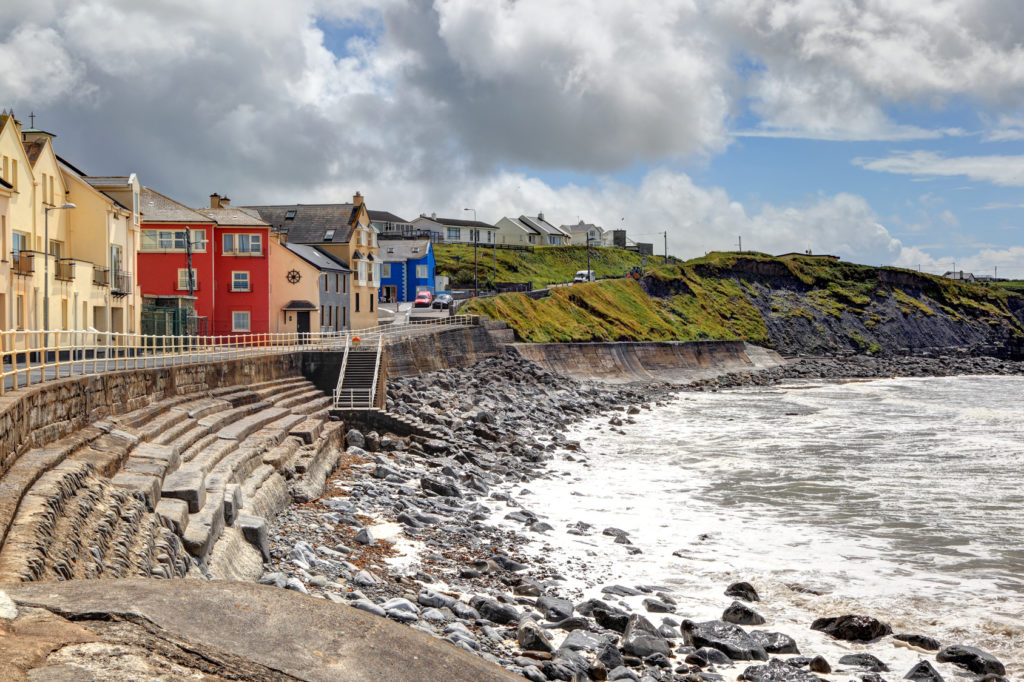 From England, there are two options to get to Ireland – by air or by sea. Flying time from the London City, Heathrow, Stansted or Gatwick airports to Dublin is around an hour and 15 minutes, servicing one of the busiest routes in Europe. There are also plenty of flights from UK regional airports directly to Dublin. Once you land at the airport, the best way to complete onward travel within the country is a convenient pre-booked airport transfer with Shuttle Direct. 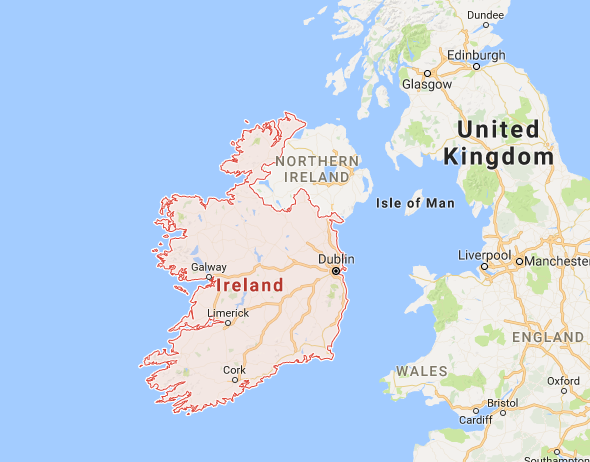 West coast ferry connections across the Irish Sea leave from various ports including Liverpool for Dublin and Plymouth for southern destinations. Shuttle Direct’s transfer services can be booked to and from any ferry port in England and Ireland.

The Giant’s Causeway is one of the country’s premier attractions, and these fascinating basalt columns, rising out of the sea are the iconic image of Northern Ireland. Lava or legend? You decide.

Trinity College is one of the world’s most respected seats of learning. The cobbled courtyards and elegant architecture of the campus create a hallowed ambience to those who follow in the footsteps of names like Swift, Wilde, and Beckett. It’s also home to the illuminated Gospel manuscript, the Book of Kells.

The Rock of Cashel, one of Ireland’s most important archaeological sites, clings to the landscape as an enduring testament to the resilience of the Welsh Eóghanachta clan, dating back to the 4th century.

At Shuttle Direct, we provide affordable, convenient transfers from airports, cruise ports and train stations all over Ireland, and throughout Europe and North Africa. Our secure online system enables you to make a booking for your onward travel arrangements and receive an immediate confirmation so you’re organised before you leave home.