Beginners beware, any resort which not only boasts the steepest black run in Austria, but that ironically nicknames it ‘Harakiri’, is definitely not for you.

Visit the bars and restaurants of Mayrhofen’s lively après ski scene and you’ll notice something strange. Here skiers and snowboarders sit side by side, sharing a common camaraderie which comes from having taken on some of the resort’s most challenging runs and terrain parks, and survived. 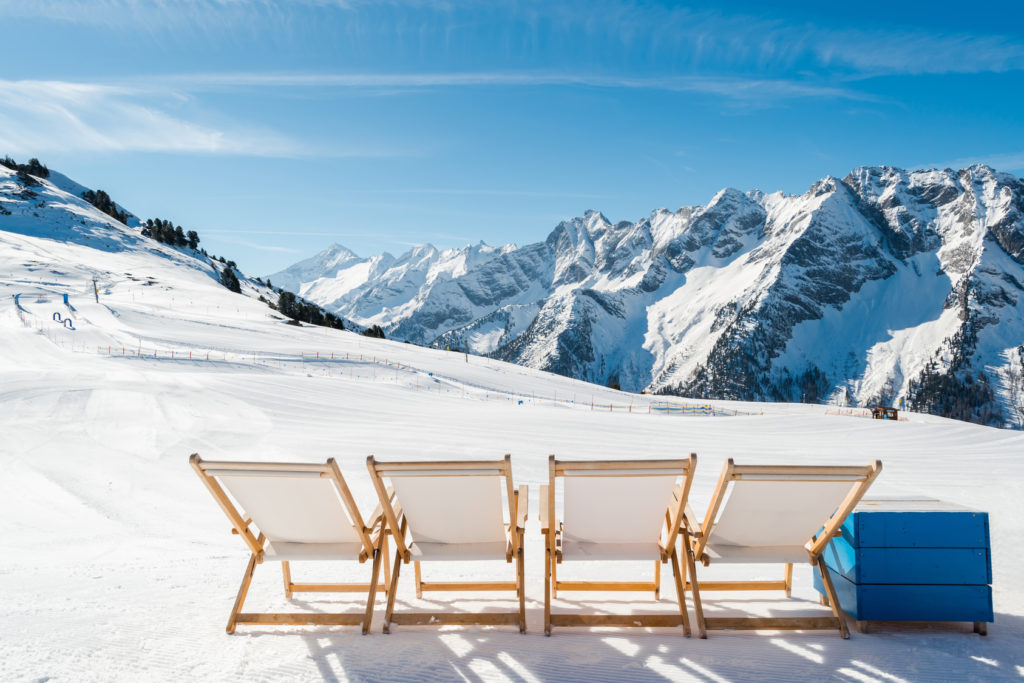 There is plenty here to appeal to the adrenalin junky, from intense blacks, awesome off piste powder runs and terrain parks with areas exclusively for ‘pro’ level tricksters. The only question is, are you daredevil enough to handle it?

With nicknames like Harakiri and Devil’s Run, you know the black runs in Mayrhofen aren’t going to be a walk in the park but that is part of the challenge here. There is a lot of very good skiing for the advance practitioner (or intermediates with a nerve of steel). 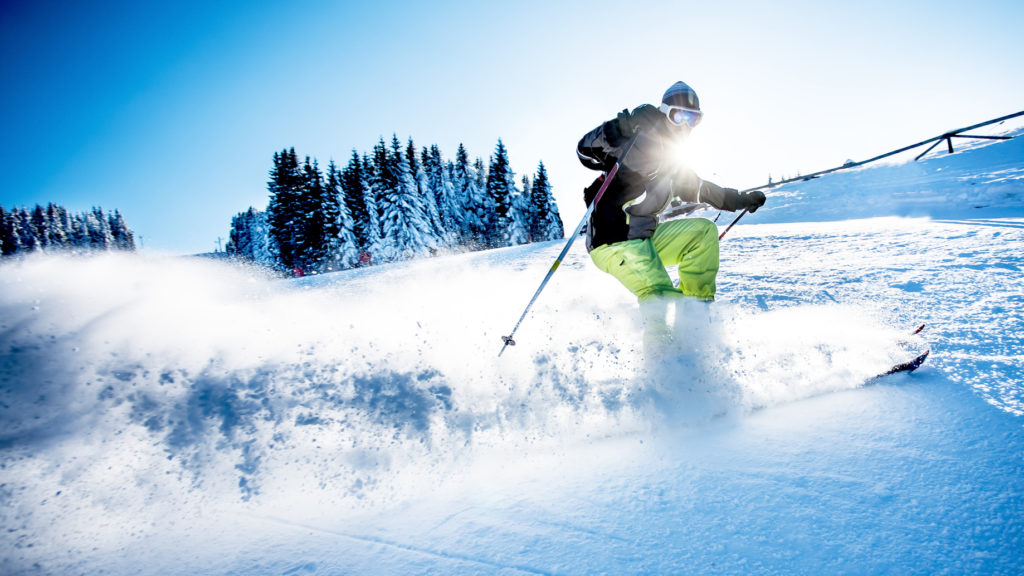 Mayrhofen is divided into two main ski areas, the Penken mountain, with a new 24-seat gondola leading up to it from the centre of town, and the Ahorn mountain on the other side of town. While the Ahorn is the ‘easier’ skiing in the resort (and the location for Mayrhofen’s nursery slopes), it also has a gentle black run, which is a good place to get your extreme ski legs working again if you haven’t skied for a while.

Those who prefer to dive right in, should head up the Penken gondola and make their way to the Horberg top station with its stunning views across the mountains. From here take the 17 black (known as the Devil’s Run) all the way down to the Lachwald chair. From this area there are a number of chairs offering different black runs like the 4, which will take you neatly down to the Knorren chairlift, from which you can tackle the famous Harakiri.

The first, and probably the most intimidating thing to know about Austria’s steepest run, is that it is overlooked the entire way by the Knorren chairlift. That’s right, as you struggle to stay upright (and alive) on this kamakazi run, you’ll have an audience of advanced skiers watching your progress.

According to legend, harakiri was a ritual suicide, performed by Japanese samurai by throwing themselves on their swords, and that might just be a good description of how you feel standing at the top of its 38º-degree pitch. In fact, from above, it looks about as sheer as its possible to be without being termed a cliff. 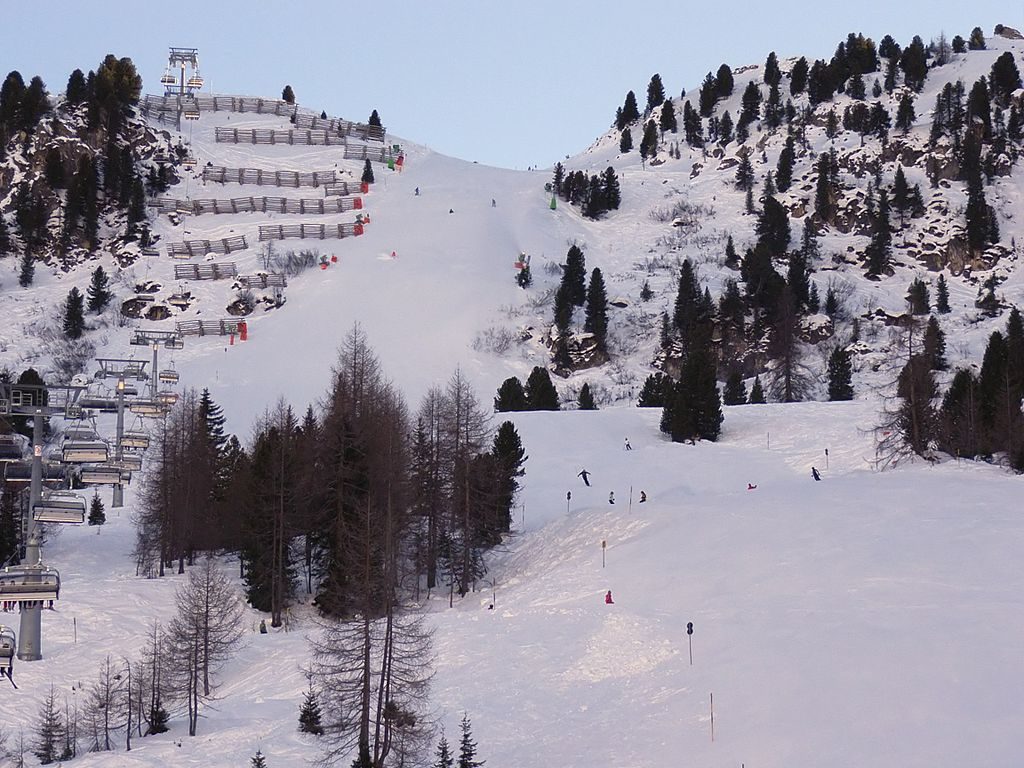 But don’t worry, hard it may be, scary it definitely is, but at 1500m, the Harakiri is also mercifully short.

Fun in the Park

After all that extreme skiing, you’ll probably want to unwind with some extreme terrain park action. While Mayrhofen officially has two terrain parks to choose from, it is the Vans Penken Park which draws the crowds of boarders and freestyle skiers.

One of Europe’s largest terrain parks, there is loads for boarders and freestylers to enjoy here with six different areas to be explored. 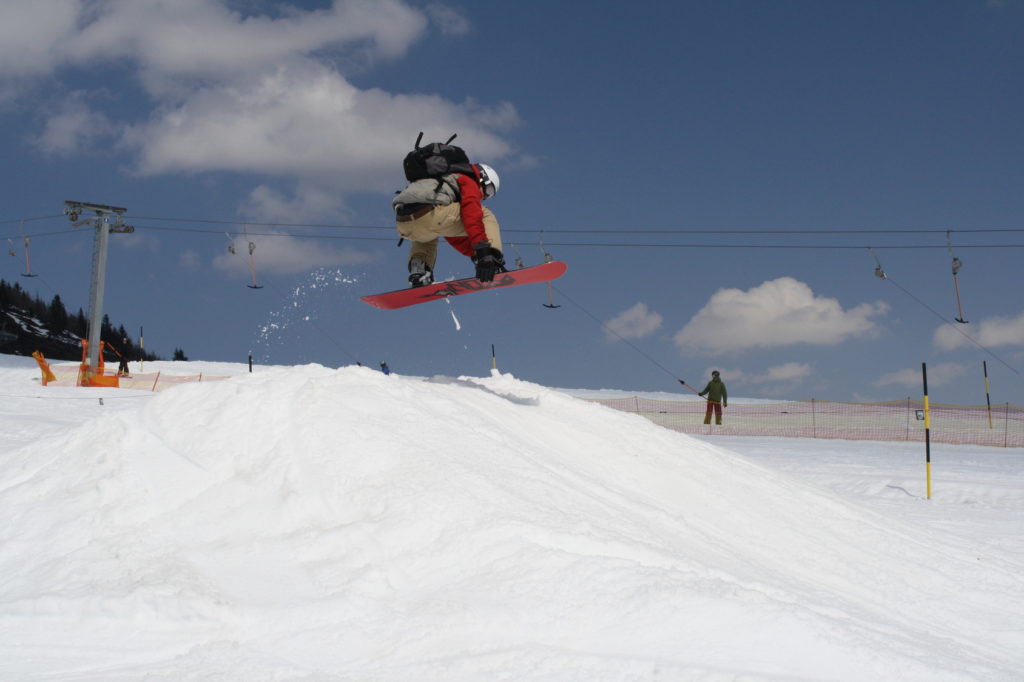 The Sun-Jet chairlift will take you quickly from the bottom of the park back up to the top, with the advantage of giving you an eagle’s-eye view of all the boarders and skiers doing their stuff as you ascend.

Start out in the Medium and Fun areas just to get a feel for the place and then move on to the Advanced, the Advanced Jib, and if you feel your tricks are up to it, the Pro Area. Sponsored by extreme sports brand Vans, the park is well maintained and this year will include a gigantic multijib known as the ‘Beastbox’.

Show off to your friends back home with free stills photographs taken at the park, or rent a helmet cam for the afternoon and film yourself in impressive action.

How to Get to Mayrhofen 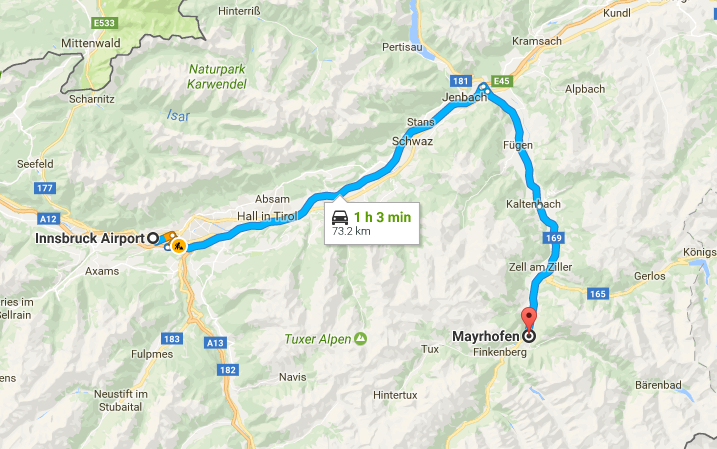 Skiers and boarders wishing to take on the challenges of Mayrhofen should fly into one of its closest airports: Innsbruck (75km), Salzburg (170km) and Munich (197km).

Regular flights are scheduled to all airports during the busy ski season with a variety of carriers from low cost to national airlines. For onward transfers to the resort, book either a group or individual airport transfer with Shuttle Direct, just don’t forget to mention when you’re booking what ski equipment you will be bringing with you to ensure the vehicle is an appropriate size.

Vronis Waldhaus – Just outside of Mayrhofen centre is the Vronis Waldhaus guest house. Done up in traditional Tyrolean style, the rooms have free WiFi, cable-TV, CD and DVD players, as well as docking stations for iPods and iPhones. There is a ski bus stop just two minutes’ walk away which will take you to the major ski lifts.

Haus Florian – Perfect for groups, the six-person and three-person apartments at Haus Florian have kitchens, with dishwashers, fridges and microwaves, a seating area and free WiFi. The apartments are just 482m from the Ahornbahn ski lift.

A market leader in providing airport transfers across Europe and North Africa, Shuttle Direct offers a stress-free option for skiers wanting to get from the airport to the accommodation in their chosen resort. Choose from budget group bookings to the luxury of a private driver to take you and your ski equipment straight to your resort. Book online before you leave, giving details of the sports equipment you will be carrying, and your driver will be waiting at the airport when you arrive.