The bustling resort of Tossa de Mar on Spain’s Costa Brava is a great place for a family holiday – especially with older kids – because, from the beaches and watersports to the shopping and people watching, there’s so much for teens to do here.

But what if you’re looking for more from your family holiday than just shopping and sunbathing? If what you really want from your time away is to re-forge those family connections, blurred by the hustle and bustle of everyday routines, then why not try an exhilarating, fun activity to bring you all together.

Tossa de Mar is famous for its mountain bike trails which run through the Catalonian hills and forests behind the town. Mountain biking is great fun for the kids and you, and what’s more, it’s challenging enough to bring the whole family together in a way that lying next to each other on the beach never will.

Here is my selection of my favourite mountain bike trails in the area – they may not be easy, but believe me, you’ll finish the day exhausted and enthused. And, keep in mind, while you’re panting and aching the kids will be having the time of their lives! 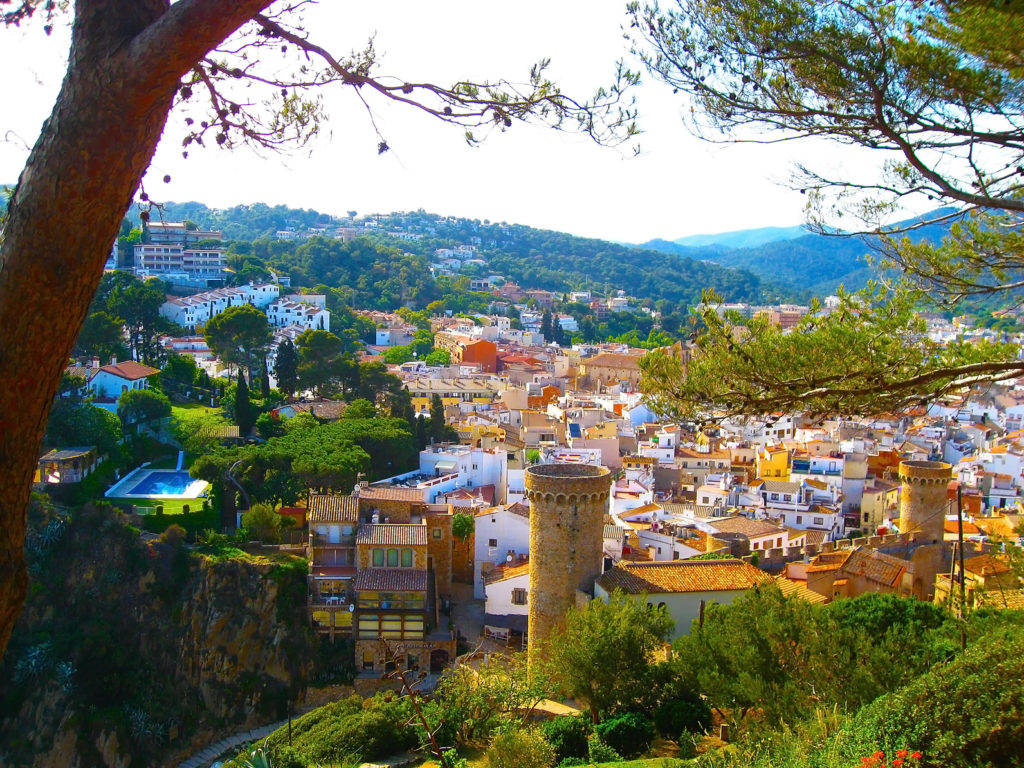 Despite being the shortest of the town’s mountain bike trails, the Puig de Cadiretes is actually also the most challenging, winding its way up a vertical distance of 460m over its 10.9km length. It’s not for the faint-hearted, but with the height come the truly spectacular views that make this trail well worth the effort.

The ride takes you deep into the heart of the Cadiretes massif, which is a part of Catalonia which has been designated a protected area of natural interest thanks to its wonderful Mediterranean flora and wildlife.

Take a short detour from the path to reach the summit of Cadiretes. The climb may be hard but even the most laconic of teens will be impressed by the view out over the Mediterranean in one direction and the hills of Catalonia in the other. Take it from me: it’s a great place for a family selfie. 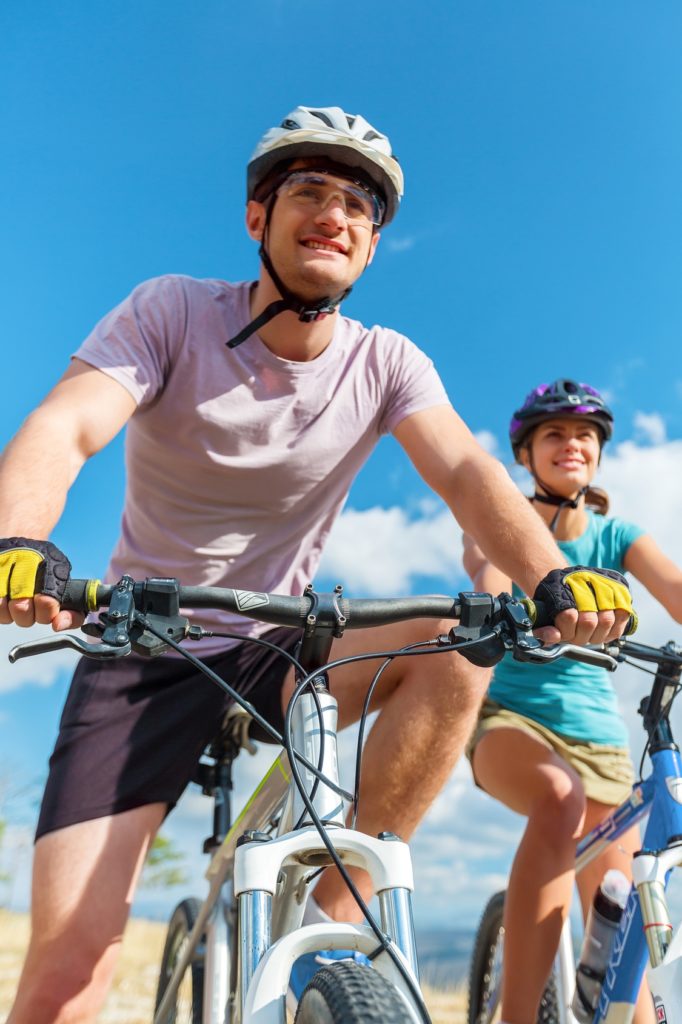 This 14.8km route, starting at the Tossa de Mar sports complex and working its way up through the hills, is not an easy trail by any stretch, but it is not as challenging as the Puig de Cadiretes.

The trail starts off easy enough, taking you through the flat greenery of the vast Sa Riera Park beside the Tossa River with its Pi Gran de Can Martí pines and Roure de la Descárrega oaks – but don’t be fooled. Before long you’ll have worked your way through the beautiful resorted wetlands and the Tossa de Mar watercourse and you’ll be climbing to over 200m!

Along the one-hour circuit you will pass through the Massís de les Cadiretes and pass the pretty, crumbling, historic church of Mare de déu de Gràcia.

Despite being the longest of the mountain bike trails around Tossa de Mar, this is actually the most gentle of the three routes so probably best for younger children (from 12 upwards), or parents who aren’t quite as fit as they’d like to be.

That’s not to say the Aiguafina route is easy: this is still 18.4km of meandering trails through beautiful Mediterranean forests, past local rivers and streams and the restored wetlands of Sa Riera Park.

Top tip: Stop off at the Resclosa de Sant Benet, a historic lock in the Tossa River, and the Molí de Can Garriga, a crumbling watermill – both of which are well worth a look. 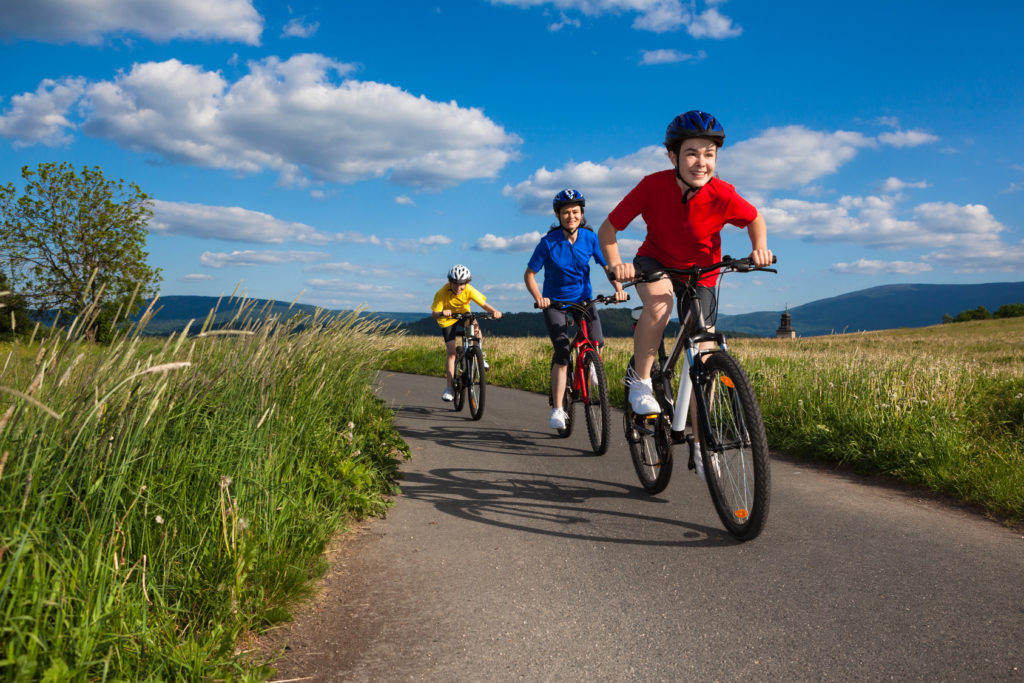 How to Get to Tossa de Mar

Tossa de Mar is only around a thirty-minute drive from Girona-Costa Brava Airport which is served by flights from airlines including Ryanair and Thomson Airways.

The quickest and most hassle-free way of getting your family from Girona to your accommodation in Tossa de Mar is to book a Shuttle Direct airport transfer before you leave home. Choose between a budget group transfer or the comfort of a private transfer and your driver will be waiting for you when you arrive. That way you avoid the kind of haggling and queue-jostling at the airport which causes teens to roll their eyes and plug their earphones in to avoid the embarrassment of being associated with you. 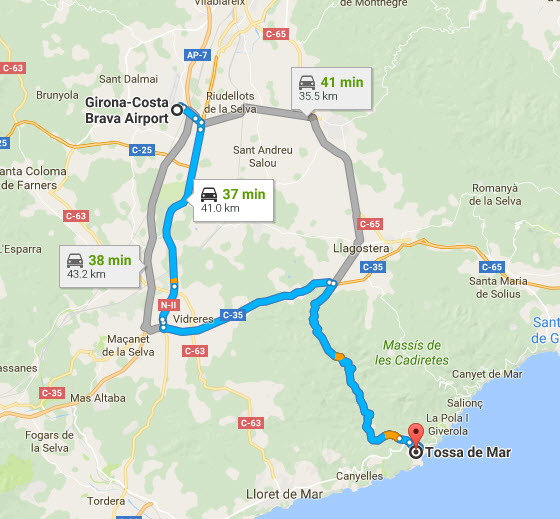 Hotel Turissa – Close to the beach and the shops and cafés of Tossa’s new town, the two-star Hotel Turissa has its own pool and bar, plus a relaxing outdoor terrace to unwind in at the end of a hard-day’s mountain biking. The kids will, of course, appreciate the free WiFi throughout.

Hotel Avenida – Just a three minutes’ walk from the popular Platja Gran Beach, Hotel Avenida is set in the old part of Tossa, close to the historic city walls and lighthouse. The free WiFi should keep the teens happy.

Golden Bahia de Tossa & Spa – For a more luxurious resort feel, try out the four-star Golden Bahia de Tossa & Spa. The kids will have loads of fun in the three outdoor pools, while you can relax and pamper yourself in the on-site spa. There’s free WiFi throughout the hotel, as well as a restaurant serving great Spanish food, which is open for breakfast, lunch and dinner. 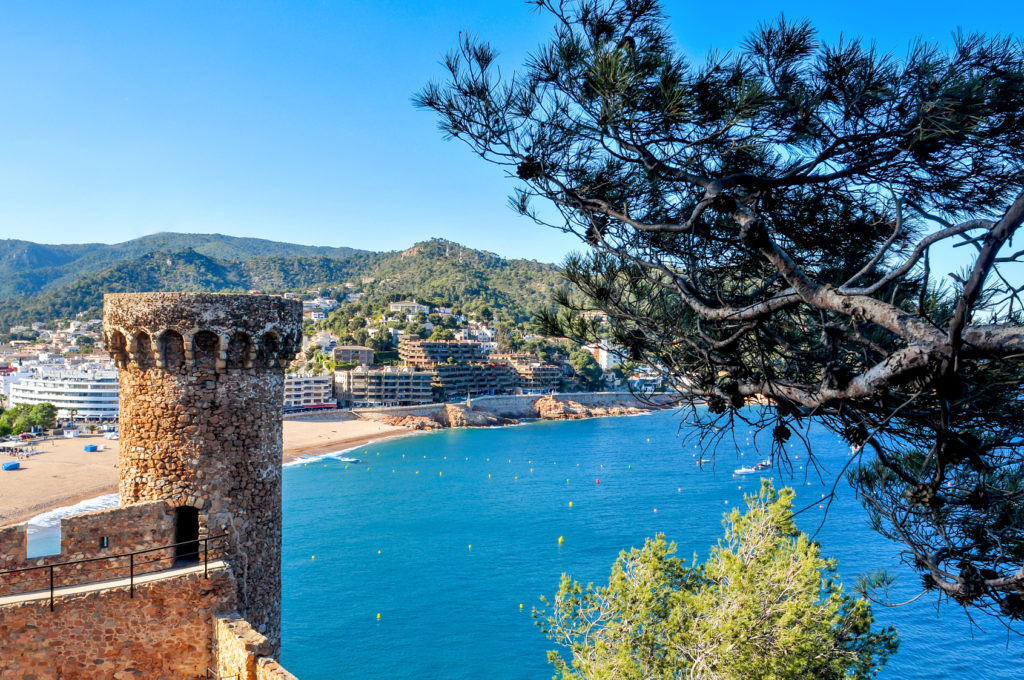 If you want to get your teens to your holiday accommodation without hearing them complain about queuing times at taxi ranks or the embarrassment of hearing you haggle over cost, then why not consider booking a Shuttle Direct transfer online before you set off? The leading provider of airport transfers across Europe and North Africa, Shuttle Direct provides reliable, English-speaking drivers to meet you at the airport when you land and drive you to your hotel.