Singapore is a city-state located on an archipelago off the coast of Indonesia and Malaysia in South East Asia. It gained independence from Great Britain in 1965 and developed into a global commercial powerhouse with a focus on financial services, manufacturing, and oil-refining. Tourism to Singapore takes place all year round attracting more than 18 million annual visitors who mainly arrive via Singapore’s state-of-the-art international airport in the east of the island. 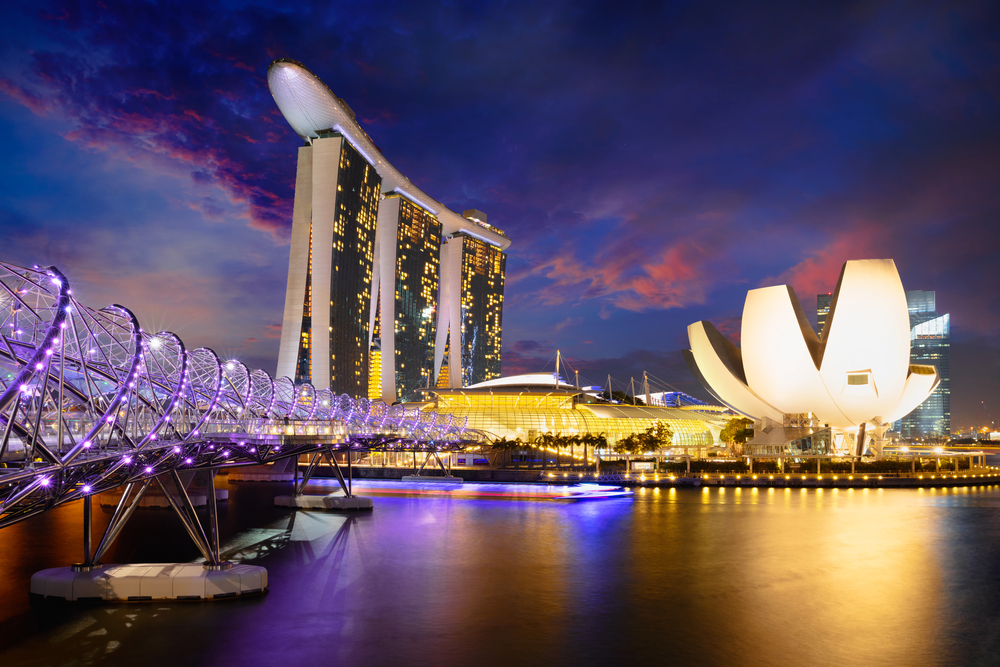 Built on reclaimed land and only completed in 2010, the Marina Bay area of Singapore has become the city’s new Central Business District. It is home to many high-rise residential properties, luxury hotels, modern retail outlets and an impressive range of upmarket restaurants. Its most iconic landmarks include the Marina Bay Sands Resort which is a state of the art hotel and casino property with a SkyPark which offers stunning views over the city. Other major developments include Marina Bay Financial Centre and Asia Square. 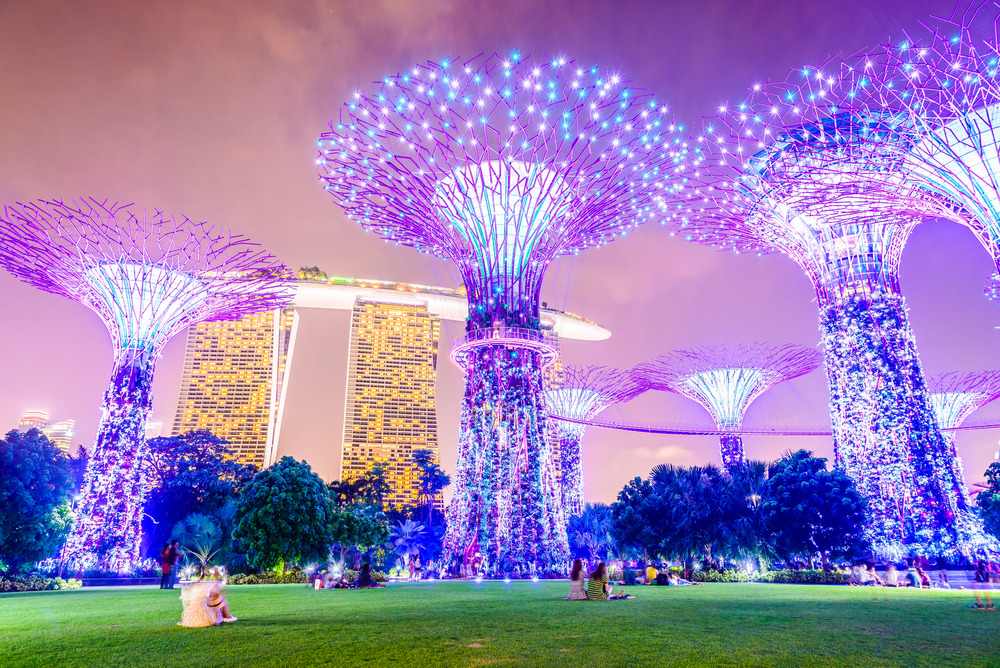 An absolute must for visitors to Singapore is the huge nature park called Gardens by the Bay which stands next to to the Marina Reservoir. Its main attractions include the amazing Supertree Grove together with the Flower Dome which is the world’s largest greenhouse and the Cloud Forest. Another popular attraction in this vicinity is the Singapore Flyer which reaches 165 metres and is one of the world’s highest ferris wheels. Views over Marina Bay from this observation wheel are simply spectacular.

Cultural attractions in the downtown area include the ArtScience Museum which is located within the Marina Bay Sands complex. To learn about the fascinating history of Singapore it’s worth visiting the National Museum of Singapore which resides in a Renaissance-style palace on Stamford Road. The National Gallery of Singapore in the downtown area houses an impressive collection of Singaporean and SE Asian art. Whilst the Supreme Court and City Hall which make up this gallery are impressive buildings in their own right it is the historic Thian Hock Keng Temple in Chinatown which is probably the city’s most photogenic attraction. 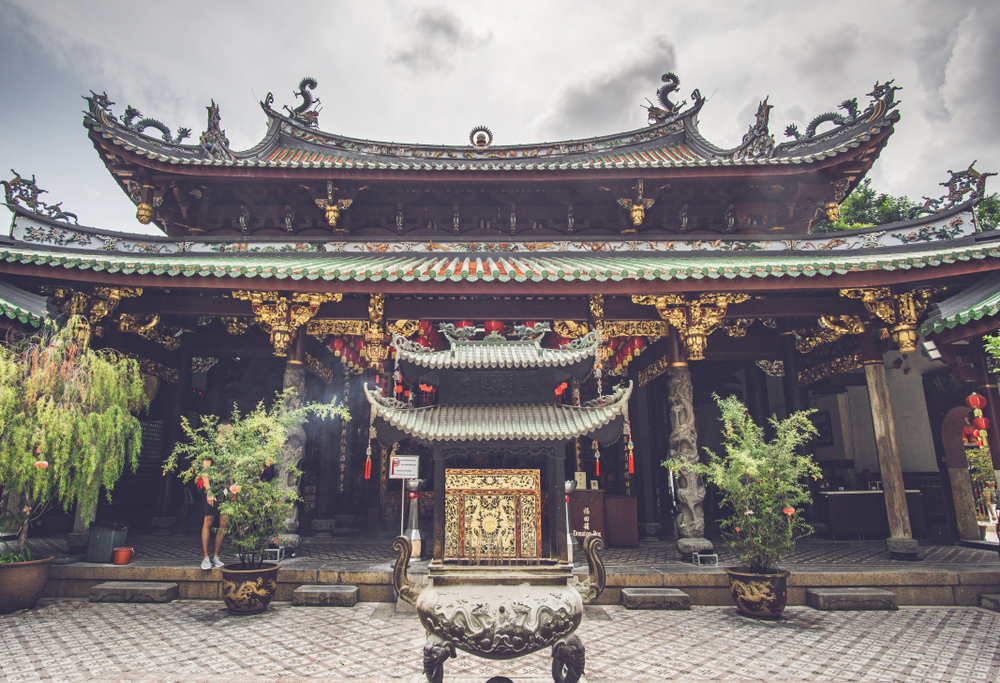 Located to the west of Marina Bay, Chinatown is a great place to experience the Chinese culture of Singapore. A wander around the district’s ornate temples is highly recommended but it is Chinatown Food Street which pulls in the crowds. Located on Smith Street this is the place to mingle with fellow tourists and locals whilst enjoying some of the best Chinese food around. Little India to the north of the CBD is another neighbourhood which is worth a visit simply to dine on outstanding cuisine at rock bottom prices from the Indian subcontinent. Another popular dining and entertainment area is Boat Quay which overlooks the Singapore River and is packed with bars and open-air restaurants. 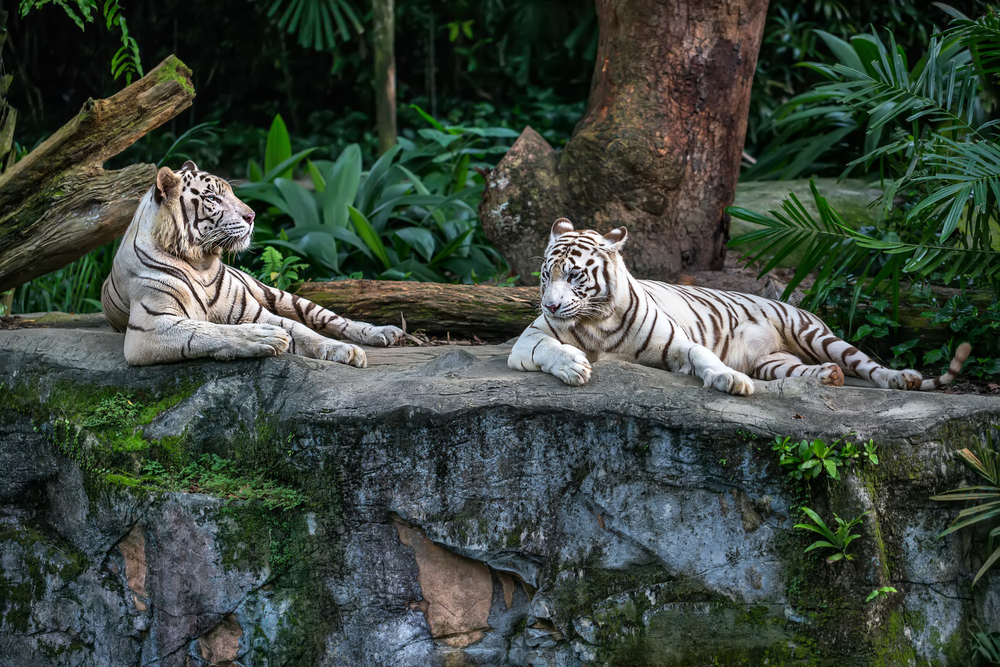 A long established attraction is Singapore Zoo which is widely regarded as one of the best zoological parks in the world. Some of the most revered of the 300 species on display include the white tigers, the Malayan tapirs and the world’s largest colony of orangutans in captivity. Another natural attraction is the Singapore Botanical Gardens which is a UNESCO World Heritage site. Highlights include a rainforest and a huge orchid garden.

Sentosa Island: Located just off the south coast of Singapore this popular tourist resort attracts in the region of twenty million annual visitors. It can be reached from the city by road, monorail, cable car and on foot. The island is home to some excellent beaches and Resorts World Sentosa which includes some major tourist attractions including a Universal Studios theme park, a casino, a virtual reality theme park and South-East Asia’s best aquarium. Other places of interest on the island include Fort Siloso which was formerly a British naval base and the Mega Adventure Park at the top of Mount Imbiah. 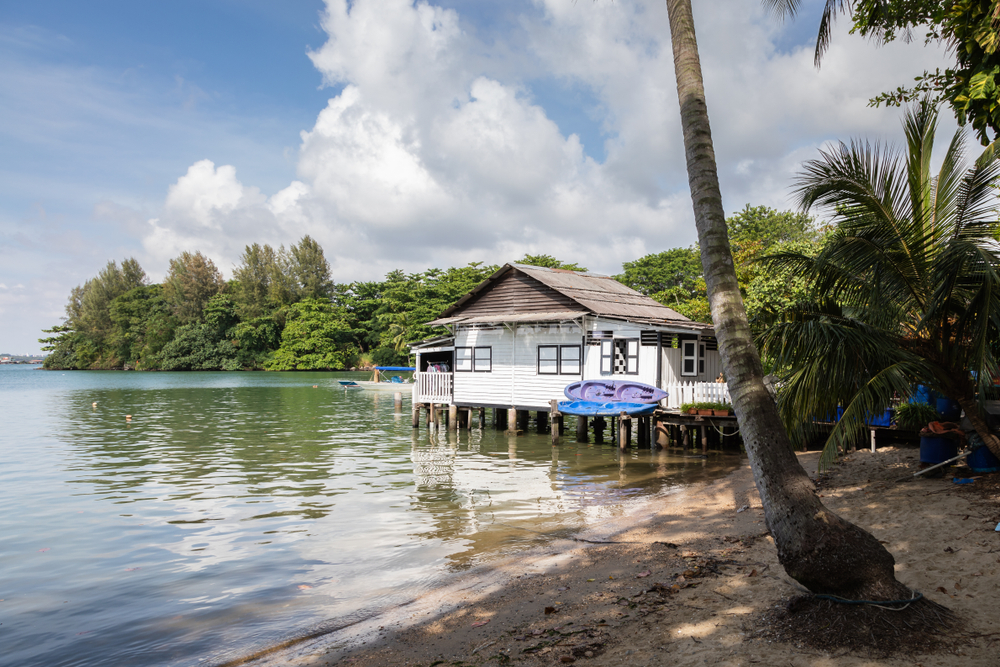 Pulau Ubin: Located off the north-east coast of Singapore, this small island is a far cry from the dynamic commercial centre of the mainland. Small boats travel across to the island from Changi Point Ferry Terminal near the international airport. On arrival the few tourists who make this journey can rent mountain bikes and spend a few hours discovering this unspoilt island which, unlike its neighbour, has escaped the worst of urban development.

Bukit Timah Nature Reserve: Located in the centre of Singapore this nature reserve stands amidst what remains of the island’s rainforest. Visitors are treated to the sight of indigenous flora and fauna as they wander its well marked trails on foot or by bike. 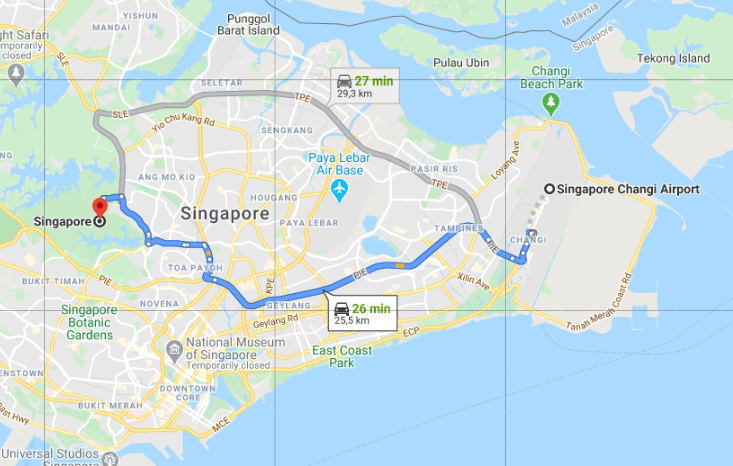 Singapore Airport: Most visitors to Singapore arrive via Changi Airport which is amongst the twenty busiest airports in the world. It is a major international hub served by more than 100 airlines which fly from almost 400 cities around the world. The airport has five passenger terminals and a capacity to deal with more than 85 million passengers per year.

Due to falling demand for air travel as a result of the Covid-19 pandemic, Terminal 2 will be closed for 18 months as of April 2020.

Airport Transfers: Changi Airport is located in the east of the island some 20km from Marina Bay and the downtown area. New arrivals can quickly travel into the city by train from the Changi Airport MRT Station which is part of the Mass Rapid Transit network. There are also airport buses which depart from each terminal into the city. Metered taxis are available from taxi ranks located outside the terminals. Private transfers from Singapore Airport can be pre-booked and professional drivers with modern, air-conditioned vehicles will meet passengers on arrival.

Getting Around: The fastest and cheapest way to get around the city is by means of the Mass Rapid Transit (MRT) network. There are MRT stations within walking distance of all of Singapore’s main attractions. Visitors who are planning to make numerous journeys on this network would be well advised to buy a Singapore Tourist Pass which provides for unlimited travel for fixed periods with discounted fares. The city’s bus network is also a cheap and efficient way to get around. Taxis are widely available but tend to be expensive, they can be booked by means of a popular app called Grab.